On the occasion of Harbhajan Singh's 40th birthday, his wife, Geeta Basra and their daughter, Hinaya made every effort to make it a special one. Check out the video and pictures inside!

Birthday is that one day in 365 days when you have all the rights to feel like a king or a queen. That is your day and it needs to be made special for you in every manner. We all eagerly wait for our birthday and have many plans already made in our head for the day, but this year, all our plans went bogus as all we can do is to stay at home. Cricketer, Harbhajan Singh turned 40 and he too had to cancel his birthday plans due to COVID-19, however, his wife still made sure to make his birthday a memorable one. (Also Read: Hina Khan Does Face Mask Experiment On Her Father And His Expressions Are Hillarious)

For the uninitiated, after a long courtship period, Harbhajan Singh and Geeta Basra had tied the knot on October 29, 2015, in a big fat Punjabi wedding. Their lavish wedding reception was graced by the renowned industry stars, cricketers, and Prime Minister, Narendra Modi. On July 27, 2016, the cute couple had welcomed a little angel into their lives, whom they had named ‘Hinaya’. On the occasion of Harbhajan’s 40th birthday, his wife, and his daughter made every effort to make it a special one.

Benafsha Soonawalla Thanks Beau, Priyank's Mom On Her Birthday For Loving Her Like Her Own Daughter 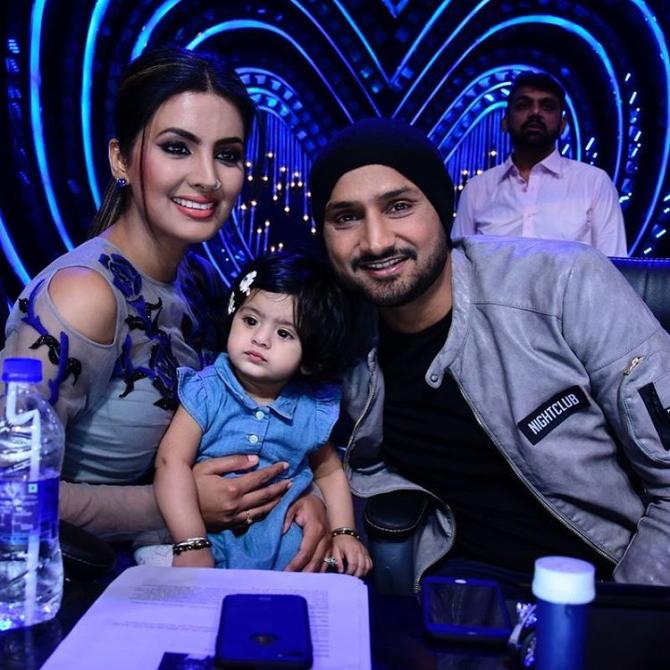 To wish her husband, Harbhajan on his 40th birthday, Geeta Basra took to her Instagram handle to share a video, which compiled their journey together. The video started from the pictures of their dating days and moved towards their engagement, marriage, vacations, and the birth of their little angel. Towards the end of the video, we can hear Geeta and Hinaya sing birthday song for Bhajji, ending it with ‘We love you’. Along with the video, Geeta penned down a note on how they had other plans for birthday but COVID-19 ruined them, and a special birthday wish. She wrote, “Happy Birthday Hubby dearest! sadly under the circumstances you can’t celebrate the way we had planned but have still tried to make it as special as you are! They say 40s are about being naughty so time to let your hair down and enjoyyyy.. love you loads.. stay blessed and forever happy.. @harbhajan3.” Take a look:

Geeta also took to her IG stories to share pictures of Bhajji’s birthday celebrations. In the first story, we can see all the decor done inside their house to ring in Harbhajan’s birthday, with a cake. In the picture, we can see Harbhajan sitting, while his daughter poses, and Geeta stands behind them. In the second story, we can see the family twinning in the shades of blue as they pose for the camera with the decor in the backdrop. Take a look: 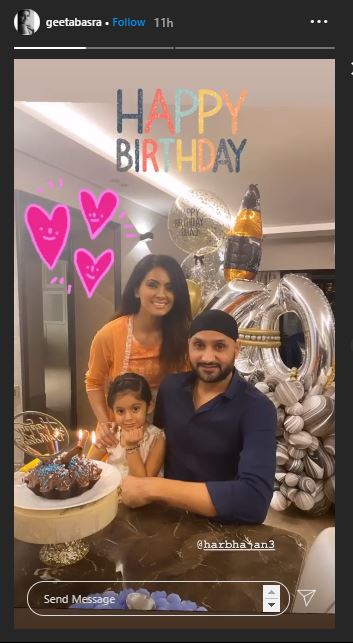 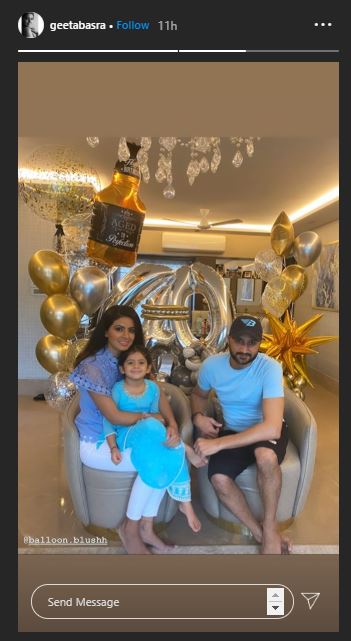 In Neha Dhupia's chat show, No Filter Neha, Harbhajan Singh had revealed how it had taken him a couple of months to woo his wife, Geeta Basra. When Neha had asked Bhajji how long did he take to convince Geeta to marry him, he had replied: "I saw her [Geeta] in one of her posters and I asked Yuvraj Singh if he knew her. To which, Yuvi replied, he didn't. I asked him to find out. We have a friend named Suved Lohia who knew Geeta and he sent a message to her.” 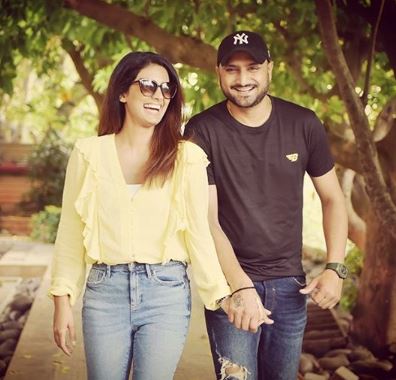 He had continued, “After the World Cup [2011] win, I came back and sent a message, asking her to meet me over a cup of coffee. But she didn't reply. Before IPL, she sent me a message asking for some tickets. The tickets were not for her, but for her driver. To return the favour, she met me and then we kept meeting. And all of a sudden, she said no as she wanted to focus on her career. I took eight to nine months to convince her." (Don't Miss: Smriti Khanna Shares A Cute Video Of Her Little Fashionista, Anayka Wearing Adorable Booties) In an interview earlier, Harbhajan had talked about how important his daughter, Hinaya is for him. He was quoted as saying, "My daughter is growing up and I want to live every moment of it. I haven’t played (international) cricket in the last eight-nine months, but I can still get back to it. I can’t be there for my daughter when she is growing up. That won’t come back. I’ve been playing cricket for almost 18-19 years now. This (marriage and fatherhood) is happening to me for the first time. Now, it’s all about family. Whatever I’ve achieved so far in life and in the future is for them. My family is my world." (Recommended Read: Aamir Khan's Daughter, Ira Khan Moves Into New Home, Shares Pictures Of Her Beautiful Abode) 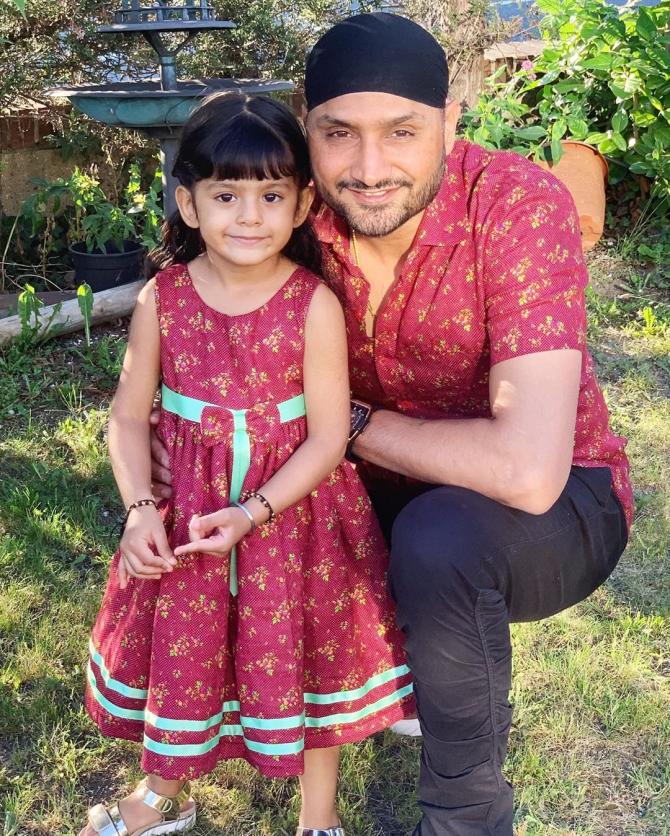 We are in awe of Harbhajan’s birthday gift by his wife, Geeta Basra and daughter, Hinaya!

Benafsha Soonawalla Thanks Beau, Priyank's Mom On Her Birthday For Loving Her Like Her Own Daughter