Riteish Deshmukh and Genelia Deshmukh are making sure that their little ones, Riaan Deshmukh and Rahyl Deshmukh learn and know more about their late grandfather through his work and legacy.

Grandparents – the ones, who might be stricter with your parents but when it comes to you, they are your staunch supporters. The ones, who are proud of your smallest of achievements and a relationship that makes you believe in unconditional love. The ones, who treat you with sweets and food, provide you with the pocket money your parents refused to give you and pamper you with their selfless love. The lessons you learn from them and the fascinating decade-old stories that they tell, helps in moulding you as a person. It leaves a void that cannot be filled to mark their absence in your lives. While Riteish Deshmukh and Genelia Deshmukh’s sons, Riaan Deshmukh and Rahyl Deshmukh are the centre of their grandmother, Vaishali Deshmukh’s universe, they are learning about their late grandfather, Vilasrao Deshmukh’s legacy through their parents. (Also Read: Gauri Khan Shares A Picture Of AbRam Khan Reading A Book By Karan Johar, In Their Lavish Balcony)

Riteish Deshmukh and Genelia Deshmukh had started their journey in the Hindi film industry together with the film, Tujhe Meri Kasam and it was not only a beginning of their successful careers but also a beautiful start of their personal lives. In February 2012, Riteish had made the love of his life, Genelia his baiko, and two years later, in 2014, the lovebirds had embraced parenthood with their arrival of their son, Riaan Deshmukh. In 2016, Riaan was promoted to ‘big brother’ when Genelia and Riteish had welcomed their second bundle of joy, Rahyl Deshmukh. But unfortunately, Riaan and Rahyl didn’t get to meet their paternal grandfather, Vilasrao Deshmukh, as it was in 2012 when he had taken his last breath. 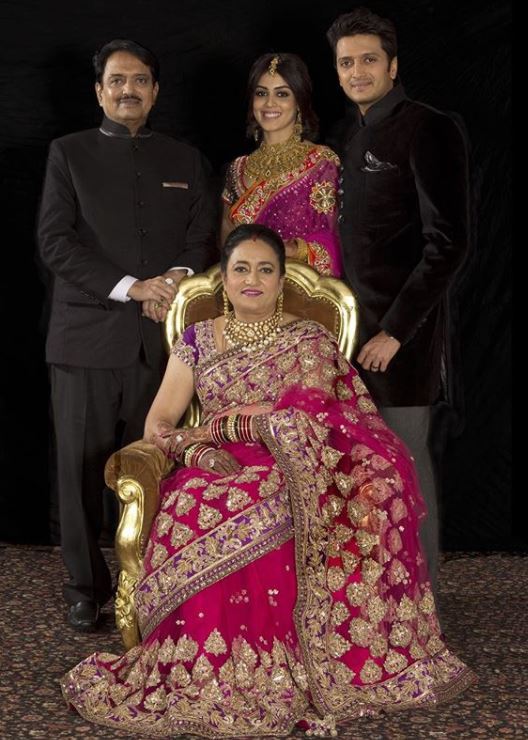 Former Chief Minister of the state of Maharashtra, Vilasrao Deshmukh had taken his last breath on August 14, 2012, due to multiple organ failure at Global Hospitals, Chennai. While the void created by a loved one’s death cannot be filled, but can surely be remembered by implementing the lessons they had taught us and the legacy they had created. Riteish Deshmukh and Genelia Deshmukh are making sure that their little ones, Riaan Deshmukh and Rahyl Deshmukh learn and know more about their late grandfather through his work and legacy. Giving a glimpse of the same on her IG stories, Genelia wrote, “Riaan & Rahyl know more about their grandfather through his work and legacy. #shrivilasraodeshmukh.” On the eighth death anniversary of Vilasrao Deshmukh, Riteish Deshmukh and Genelia Deshmukh had posted a sketch of the former Chief Minister of Maharastra. Riteish and Genelia had penned miss you notes on their respective social media handles and white the former had written, "Use your smile to change the world, don't let the world change your smile. #Miss you PAPPA!" the latter had captioned her post as "Dearest Pappa There will never be another like you We Miss You." (Also Read: Unseen Photo Of Shah Rukh Khan And Gauri Khan As She Flaunts Mangalsutra-Chooda On Wedding Reception) 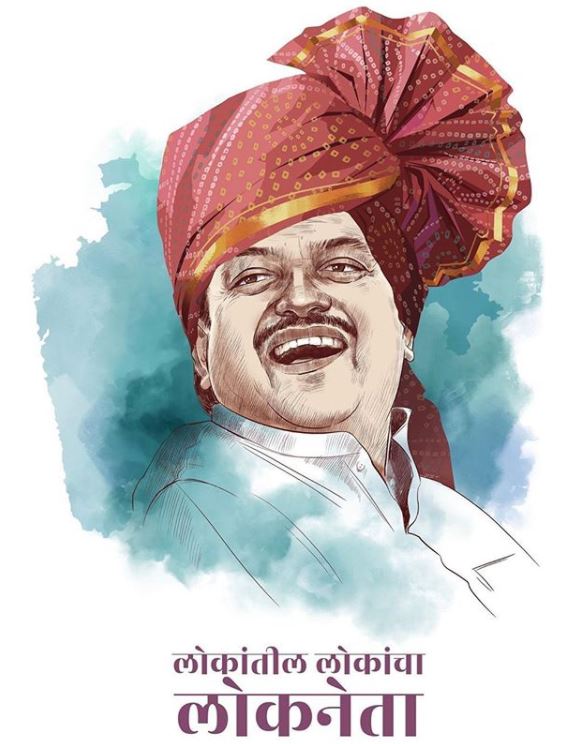 To mark late Vilasrao Deshmukh’s 75th birth anniversary in May 2020, Genelia Deshmukh had posted a picture of herself, taking blessings from her father-in-law’s statue and had recalled how he is the pride of the family. Genelia had written, “Riaan’s teacher asked him “What are you most proud of.” His answer was. “My Ajoba... You are our pride Pappa… We feel your presence everyday and know that you are looking after us wherever you are… You live in us and we celebrate you every single day. Happy Birthday Pappa.” Riteish had posted an emotional video of how he missed his father and had captioned it as “Happy Birthday PAPPA... Miss you everyday!! #vilasraodeshmukh75.” 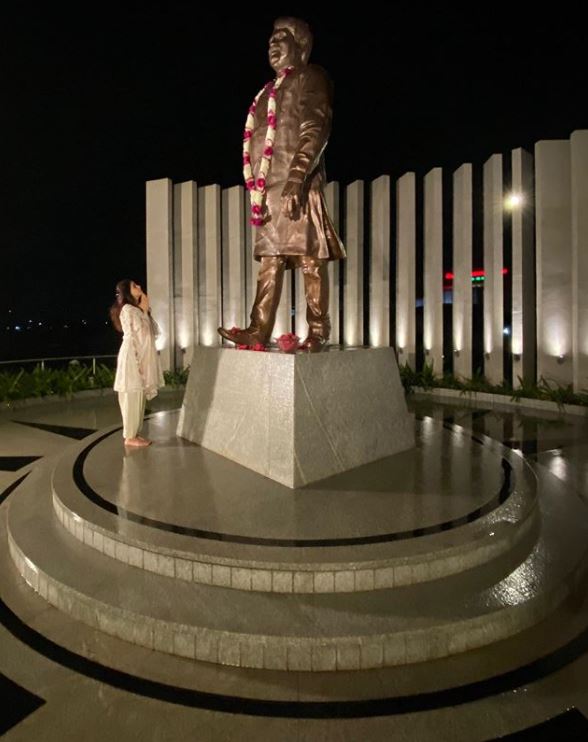 To mark Children’s Day 2018, Genelia Deshmukh had penned how her little ones had made her life worth. Posting a family picture, Genelia had written, “Dearest Riaan and Rahyl... Happy Children’s day ... My Life is you 2 and I’m glad I keep it so simple because I Love every single minute that we spend together and I promise you that no matter who you meet in Life I Will still be that person who loves you the most... I know that’s what all mum’s say, I’m just glad I got blessed to say it to you… Thank You for making my Life worth it #childrenarethebest #heartandsoul #allmine.” (Also Read: Mahendra Singh Dhoni's Wife, Sakshi Singh Dhoni Gives Glimpse Of Their New Sea-Facing Home In Mumbai)

Isn’t it amazing how Riteish and Genelia are imbibing their little ones, Riaan and Rahyl about the legacy of their late grandfather?