On her son, Riaan Deshmukh's seventh birthday, his doting mother, Genelia D'Souza penned a wish for him and shared a series of pictures from a fun photoshoot.

Being a mother is a blessing because a baby introduces a woman to the powers she never knew existed in her. From conceiving the baby to giving birth or tirelessly taking care of her little one till her last breath, surely needs some superpowers! Bollywood actress, Genelia D’souza is a proud mother of two kids. She had welcomed her first baby, Riaan Deshmukh on November 25, 2014, and her second one, Rahyl Deshmukh on June 1, 2016.

On Riaan’s sixth birthday in 2020, Genelia D’souza had taken to her IG handle to post a beautiful video comprising of precious memories of her firstborn from the time when he was a baby. The video had encompassed Riaan's journey from an infant to a six-year-old. Alongside the video, Genelia had written:

"I LOVE YOU RIAAN. For me, today is a festival, because it’s the day you choose me..Happy Birthday My Darling Baby Boy."

A few hours back, taking to her IG handle, Genelia penned a wise wish for her firstborn, Riaan as he turned seven years old. She shared a series of pictures with her kids, Riaan and Rahyl from a fun photoshoot, where the mother-son trio had twinned in white and floral outfits. While Genelia wore a white saree with floral print over it, her kids opted for an ethnic look with floral Nehru jackets. Sharing the pictures, Genelia wrote:

“My Dearest Baby Boy, I have a zillion wants, desires and wishes for you but what you have taught me is, that those are mine and not yours.. So today I want to promise you that I will always put your wants before mine.. When you want to fly, I will not try to be your wings but rather the wind beneath your wings.. If you are don’t hold the first place, I promise to not to get disappointed but rather show you the beauty of a second place or maybe even show you that being last in the line still has its own specialness, it’s own grit, it’s own determination. But most of all to assure you That I will always be in front of you to cheer you on. Behind you to have your back. And next to you so you aren’t walking alone. Happy Birthday Riaan.. I Love You My brave brave boy.” 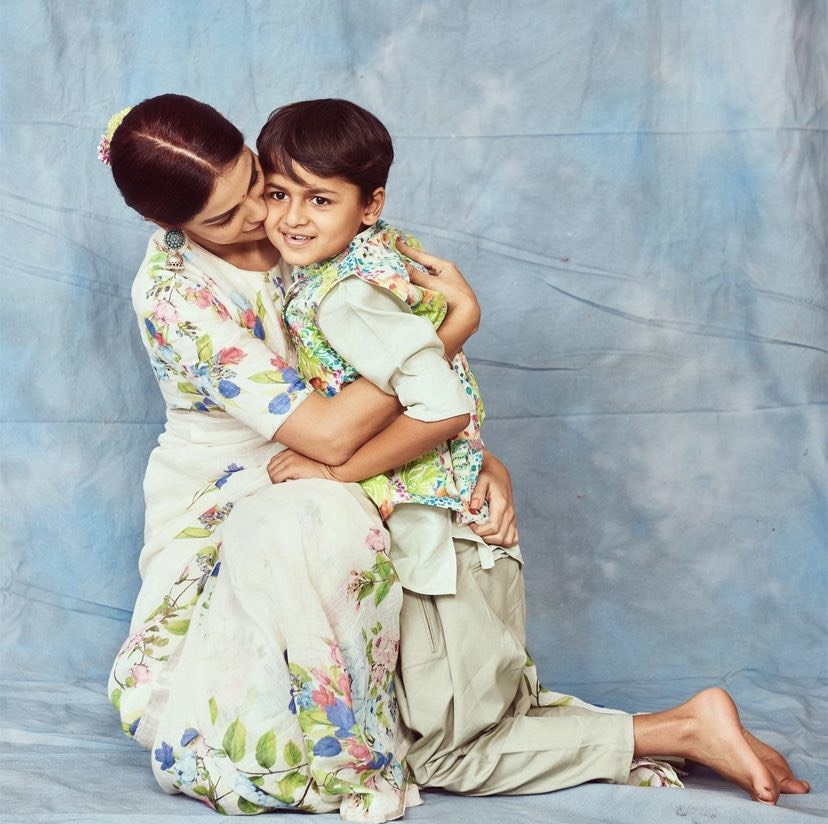 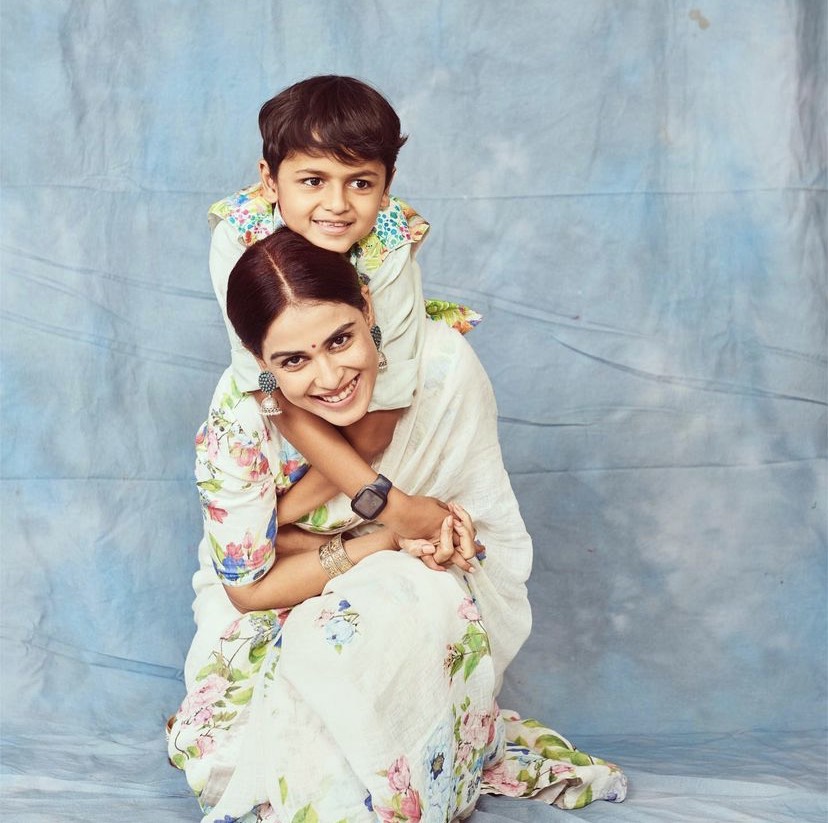 On Riaan's birthday, his actor-daddy, Riteish Deshmukh, also took to his IG handle and dropped a cutesy video with the birthday boy to wish him on his special day. In the adorable video, Riteish can be seen holding his son, Riaan, in his arms as the father-son duo shared a gala time with each other. Along with the priceless video, Riteish penned a sweet note in the caption for his son, and it can be read as:

"A hug and a kiss is all I want from you… I will shamelessly beg for it all my life…. For you it may mean nothing but for me it’s my whole world. Happy Birthday My Life …. Riaan. PS- @eoinmorgan16 I love you - but am struggling to get some love from my son."

In February 2021, Genelia had taken to her IG handle and had shared a hilarious video with Riaan and Rahyl, lip-syncing the song, Mai Tera Boyfriend. Along with the video, Genelia had penned an emotional note on being a mother and how her kids are above everything else. Her note could be read as:

“Being a Mum is that one time that you realise, you effortlessly, whole heartedly and repeatedly put someone above you but in the process, you also realise that you are the only person they put on the pedestal in their lives… Kids are just that... Forgiving to every mood, wanting you 24/7 and believing their Mom is right ( While every mom questions themselves whether they are doing the right thing) I know as a Mum, I’m not Perfect, I’m not the best, I falter, I fall but where my kids are concerned no one can want better for them, than me… So to all Moms- You are the Best and don’t let anyone make you feel otherwise.”

Recommended Read: Abhishek Bachchan Reveals Why He Feels Panicked After Being Praised By Father, Amitabh Bachchan

In an interview with Bollywood Bubble, Genelia D’Souza had talked about being a homemaker and how it is more difficult than being a working mother. She had said:

“I feel like it’s easier to be working than to be a homemaker. I feel it’s just considered that you have to do it often and you have to do it. It’s not like, like if you don’t do it, the house will not go ahead. I just salute all the mums who have given up a lot. Like, you know whether it was a simple thing of having an afternoon nap. They would give it up if the house needed it. Even in that zone, we would think that they have to. They don’t have to do anything, like mums who are homemakers as well.” Parenting your kids can be a tricky task and it requires both the parents to participate equally. With kids around you, your work tends to grow more and thus, these days, parents decide to divide the work amongst them. Riteish Deshmukh and Genelia D’souza are blessed with 2 boys and