Genelia Deshmukh and Riteish Deshmukh are the most sought-after couples of the glamour world. In an interview, she shared the secret of their happy marriage. 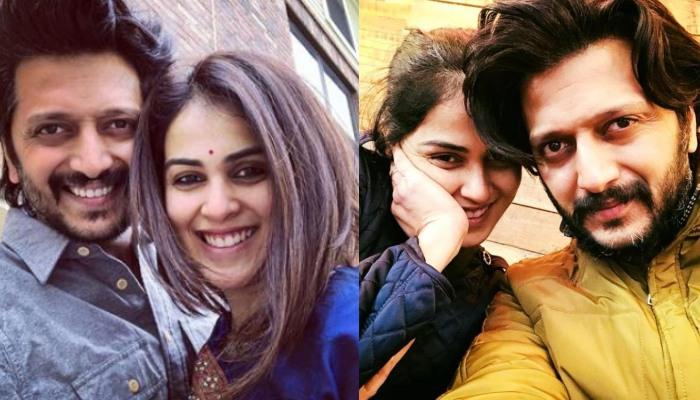 There are some couples, who make us believe that love is the only ingredient to sustain a happy marriage. A mere look at them makes us wonder how smoothly they sail the boat of their relationship. And one such couple of the glamour word, who is the perfect exemplar of old school love is Riteish Deshmukh and his baiko, Genelia Deshmukh. Even after ten years of relationship and eight years of marriage, they are an inspiration to many. (Also Read: Anita Hassanandani Flaunts Her Baby Bump In A White Jumpsuit, Steps Out With Hubby, Rohit Reddy)

It was in 2002, when two youngsters, Riteish Deshmukh and Genelia D’Souza, with a dream of making it big in the entertainment industry, had met each other at the Hyderabad airport. It was for the test shoot of their debut film, Tujhe Meri Kasam. Genelia had a preconceived notion about Riteish for hailing from an influential political family. But as they say somethings are just meant to be. During the shoot, the two had struck a beautiful friendship, which had eventually turned into love. And after dating one another for ten years, the two had tied the knot on February 3, 2012. The beautiful couple are doting parents to two adorable kids, Riaan and Rahyl.

In an interview with Pinkvilla, Genelia revealed the secret of her happy marriage with Riteish. Giving credit to her hubby, she shared, “I have to complement Riteish for that because he doesn’t make any issue. We don’t fight, we only fight when I want to fight. He won’t get into the nitty-gritty of issues, sometimes I feel I want that to happen because I am a different person. But he lets me be. I think in all of that, we found the rhythm of communication.”

She also revealed that during the initial phase of their relationship, they refrained communicating openly to each other but later, she didn’t want that to happen. She also shared knowing why one is upset helped them made their relationship stronger. She further shared that they keep their kids involved in their lives and love travelling together. (Also Read: Gauahar Khan And Zaid Darbar Announce Their Wedding Date, Reveal It To Be An Intimate Ceremony)

Riteish and Genelia had appeared on The Kapil Sharma’s Show where they had talked about their love story and married life. During the show, the host, Kapil Sharma had asked a funny question to Riteish and his reply had made us ROFL. As the lovely couple had made themselves comfortable in their respective seats, Kapil had introduced Riteish hailing from a political family and had asked him whether the couple had taken pheras or oath on their wedding. Giving a hilarious response to Kapil, Riteish had said, “Phere liye they. Wo kya hota hai na, jab aap shapath lete ho to wo paanch saal ki sarkar hoti hai, paanch saal me badal jati hai.”

In a throwback 2014 interview with the Tribune, Riteish Deshmukh had spoken beautifully about his wife, Genelia Deshmukh. He had stated, “She acted with me in my first film. We first became best friends and then midway through the film, we started seeing each other. We were seeing each other for 10 years before we decided to get married in 2012. Genelia and I are one entity. Falling in love with your friend and that becoming your life is the best thing that can happen to a person. I love her energy and her smile."

The Baaghi 3 star had continued, “She will always put me ahead of herself, which is endearing. We are similar in terms of thinking. We like simple things and are not materialistic. For example, we both would like to go and eat bhelpuri. She initially ignored me and hated me, as I was the CM’s son, thinking that I would be arrogant. My father always taught me that the only thing constant in life is you being who you are; everything around you is temporary, be it power, hits or flops. I would want respect from anyone that I meet and for that, I will always give respect.” (Also Read: BB 14: Pavitra Punia's Husband, Sumit Maheshwari Claims She Cheated On Him With Paras Chhabra)

Do you also have a secret for a happy marriage or relationship? Let us know. 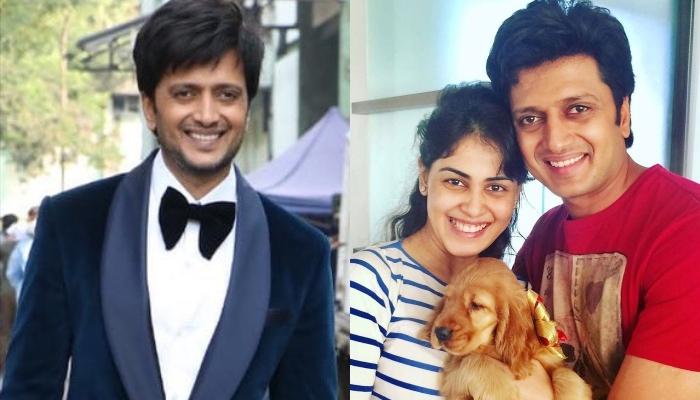 Falling in love with your best friend is the most special feeling! It changes your entire world and they become the reason behind your every smile. A mere mention of your lover's name can give you butterflies in your stomach and cold feet. And Bollywood couple, Genelia Deshmukh and Riteish