For their wedding, Katrina Kaif and Vicky Kaushal received a host of gifts from their industry friends. However, it was her exes, Ranbir Kapoor and Salman Khan's gifts that cost a bomb!

Since November 2021, the entire nation was wondering whether the rumours of Vicky Kaushal and Katrina Kaif's wedding are true or not. Finally, on December 9, 2021, Katrina and Vicky had put an end to all the speculations by posting mesmerising pictures from their hush-hush wedding ceremony. While reports of their wedding venue, food and their outfits were doing the rounds in the media, the guest list was something that had raised many eyebrows.

For Vicky and Katrina's wedding, it was reported that they had maintained the stance that they won't be inviting anyone from their past relationships. While it was reported that Katrina had not invited her ex-boyfriends, Ranbir Kapoor and Salman Khan or his family, reports had suggested that Vicky had not invited his ex-girlfriend, Harleen Sethi. However, now that they are Mr and Mrs, the most awaited part of unwrapping everyone's gift is here!

Recommended Read: Ankita Lokhande And Vicky Jain Get Drenched In 'Haldi', The Actress Stuns In A Red 'Sharara' 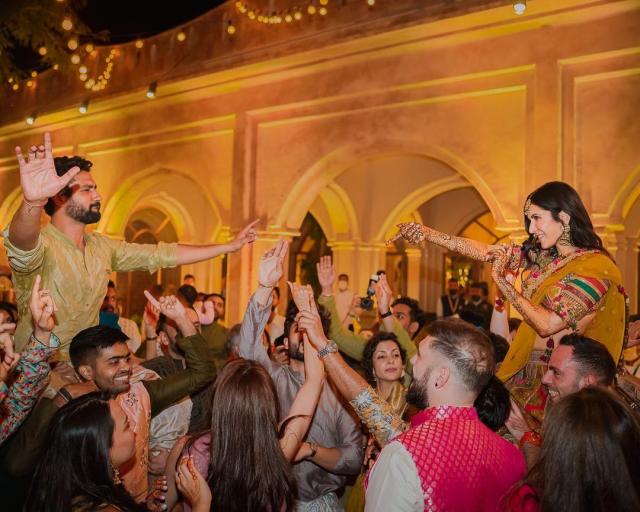 According to a report by BollywoodLife.com, for Vicky Kaushal and Katrina Kaif's wedding, the latter's ex-boyfriend, Ranbir Kapoor gifted her a diamond necklace worth Rs. 2.7 crores. On the other hand, Salman Khan surprised her and Vicky with a Range Rover worth Rs. 3 crores. In fact, Katrina's best friend and Ranbir's girlfriend, Alia Bhatt also gifted the newlyweds a perfume basket worth lakhs of rupees. 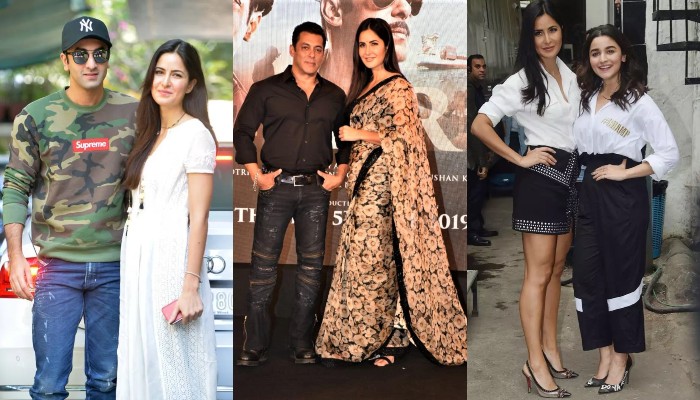 Not just this, various people from the industry sent in quite impressive gifts to Vicky and Katrina. While Anushka Sharma gifted her Zero co-star, Katrina a diamond earring worth Rs. 6.4 lakhs, Shah Rukh Khan surprised the couple with an expensive painting, which is priced at Rs. 1.5 lakhs. The Greek God of Bollywood, Hrithik Roshan gifted Vicky a BMW G310 R worth Rs. 3 lakhs. And, Taapsee Pannu gifted her Manmarziyaan co-star, Vicky Kaushal, a platinum bracelet worth Rs. 1.4 lakhs. On December 9, 2021, Katrina Kaif and Vicky Kaushal had taken to their respective Instagram handles to announce their wedding. For the wedding, Katrina had looked super pretty in a red lehenga from designer, Sabyasachi Mukherjee. The gorgeous bride radiated her bridal glow as she had accessorised her look with a statement mathapatti, a neckpiece, matching earrings and a nath from the ace designer. On the other hand, Vicky had donned a cream-coloured sherwani with a matching turban and a green-coloured chain. Sharing the picture, Vicky-Katrina had written:

"Only love and gratitude in our hearts for everything that brought us to this moment . Seeking all your love and blessings as we begin this new journey together." 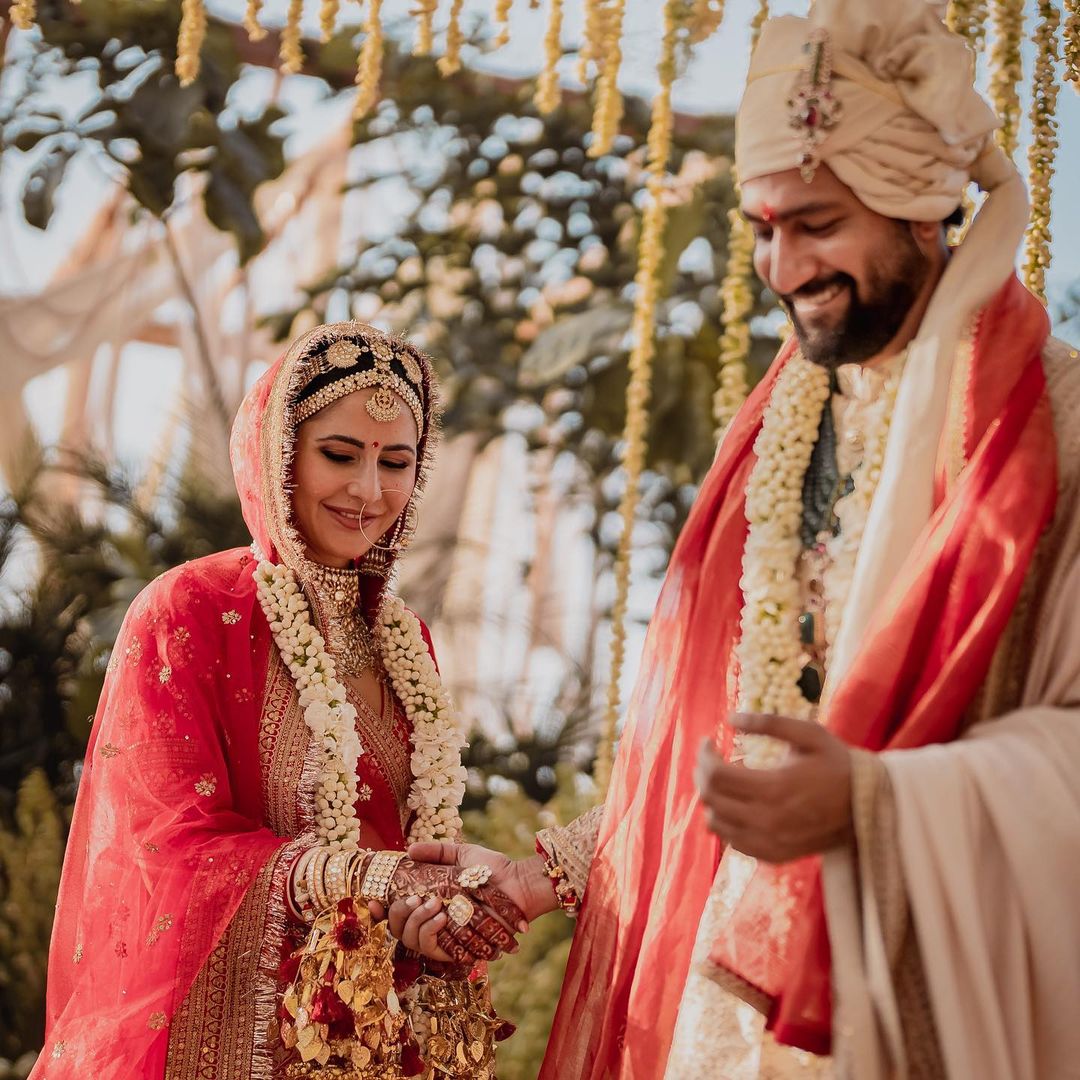 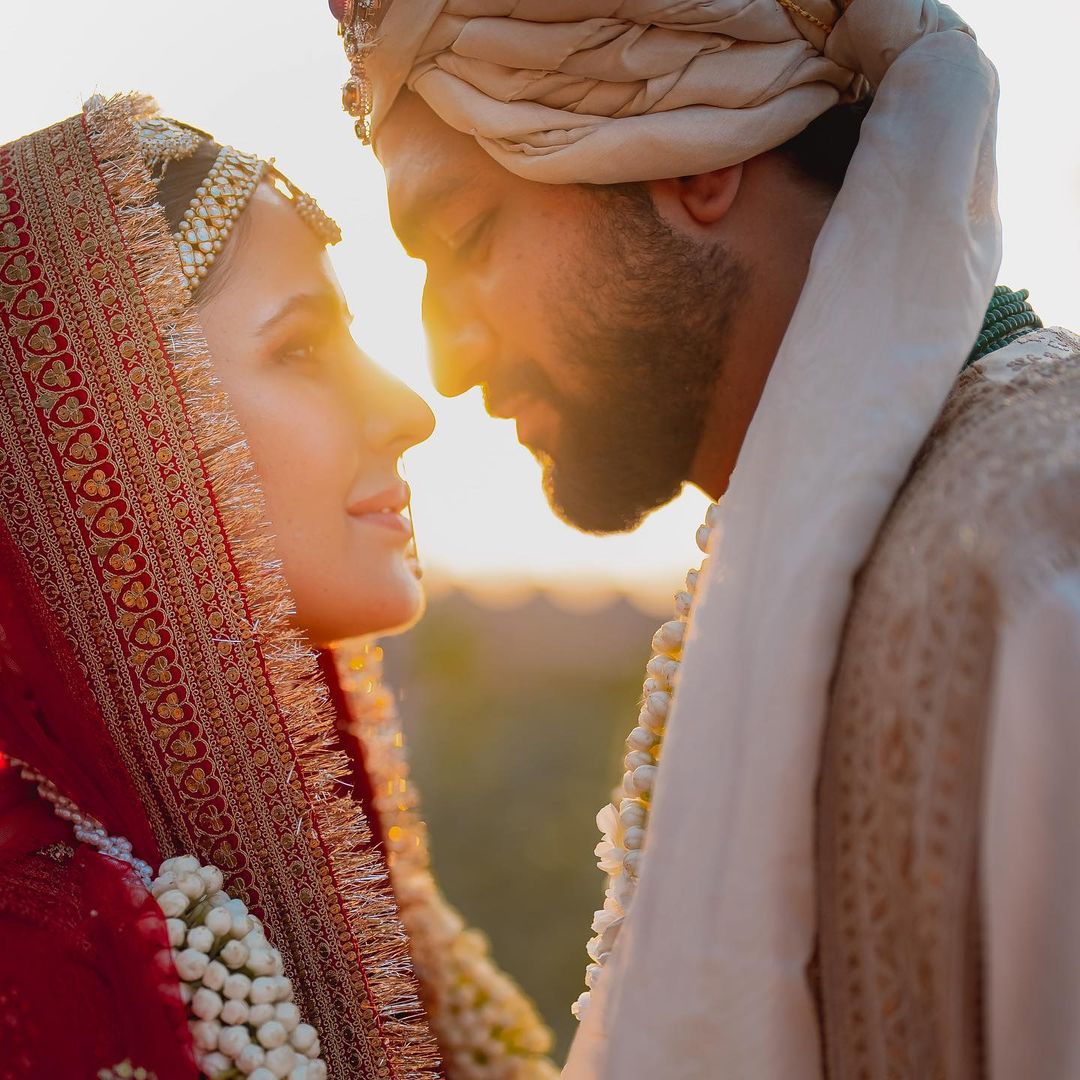 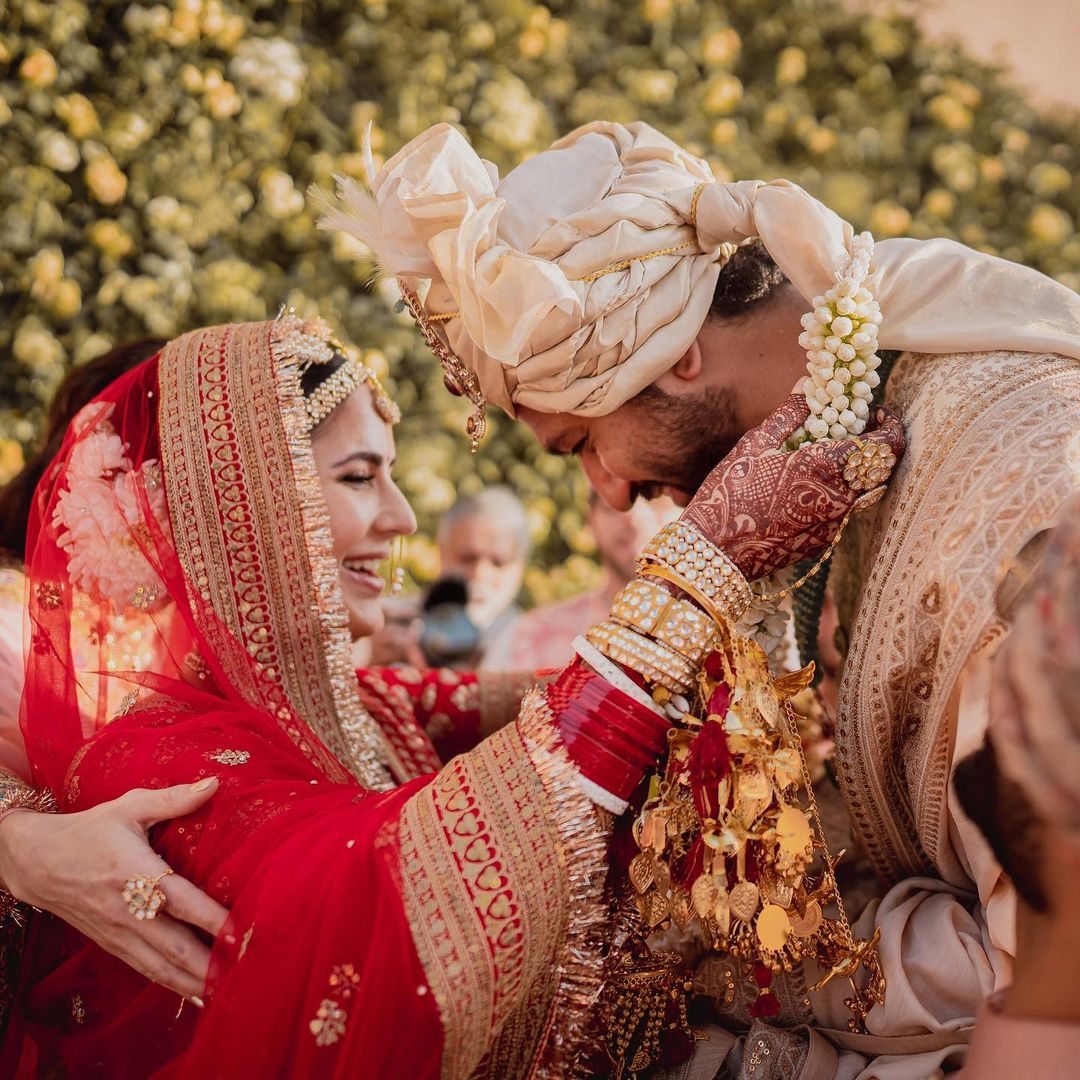 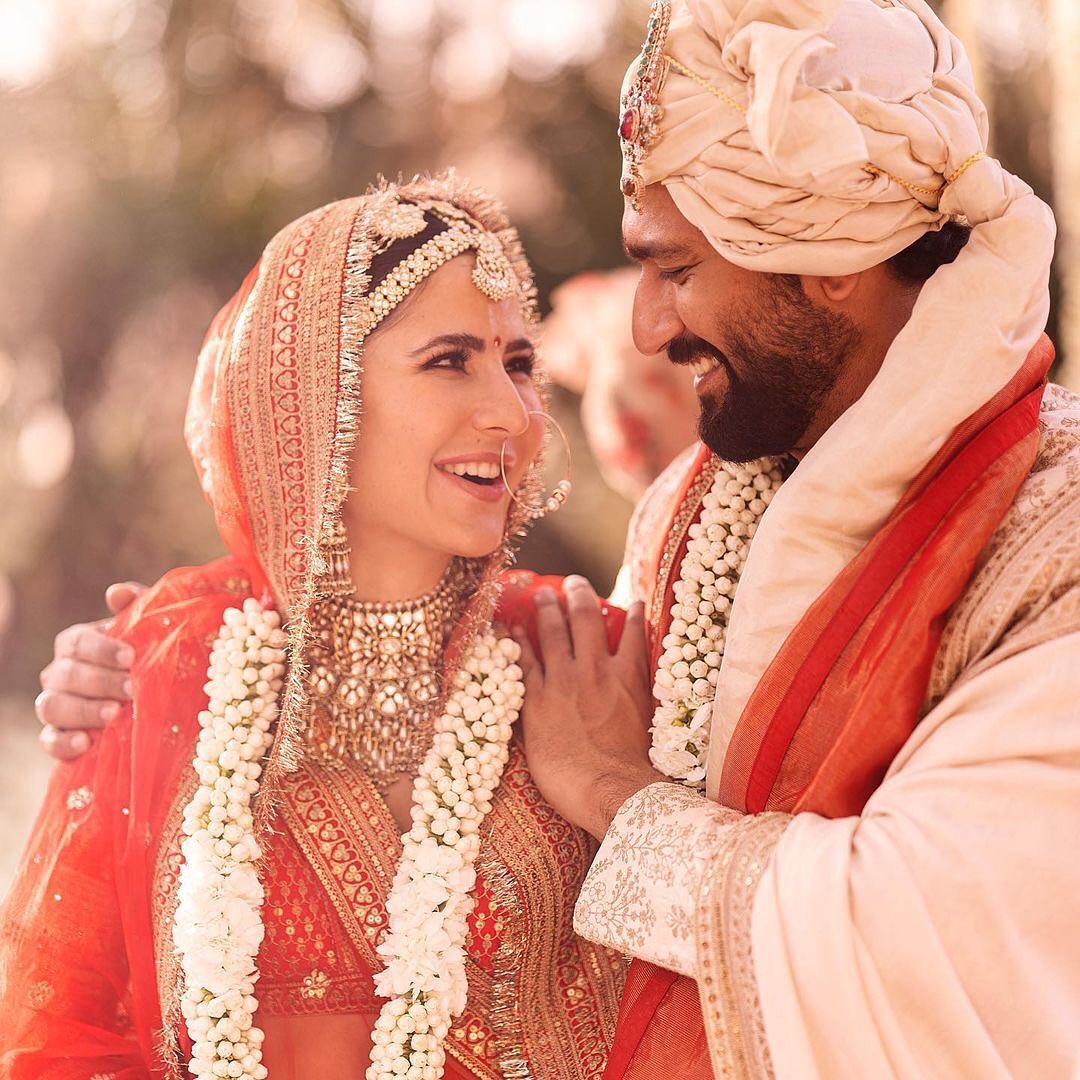 While everyone was busy admiring Katrina and Vicky's love-filled wedding pictures, it was the bride's ring that had left our jaws dropped. Katrina had opted for a blue sapphire with the diamond-setting ring from the brand, Tiffany and Co. It is a classic wedding band ring in platinum that costs a whopping sum of Rs. 7,40,708. 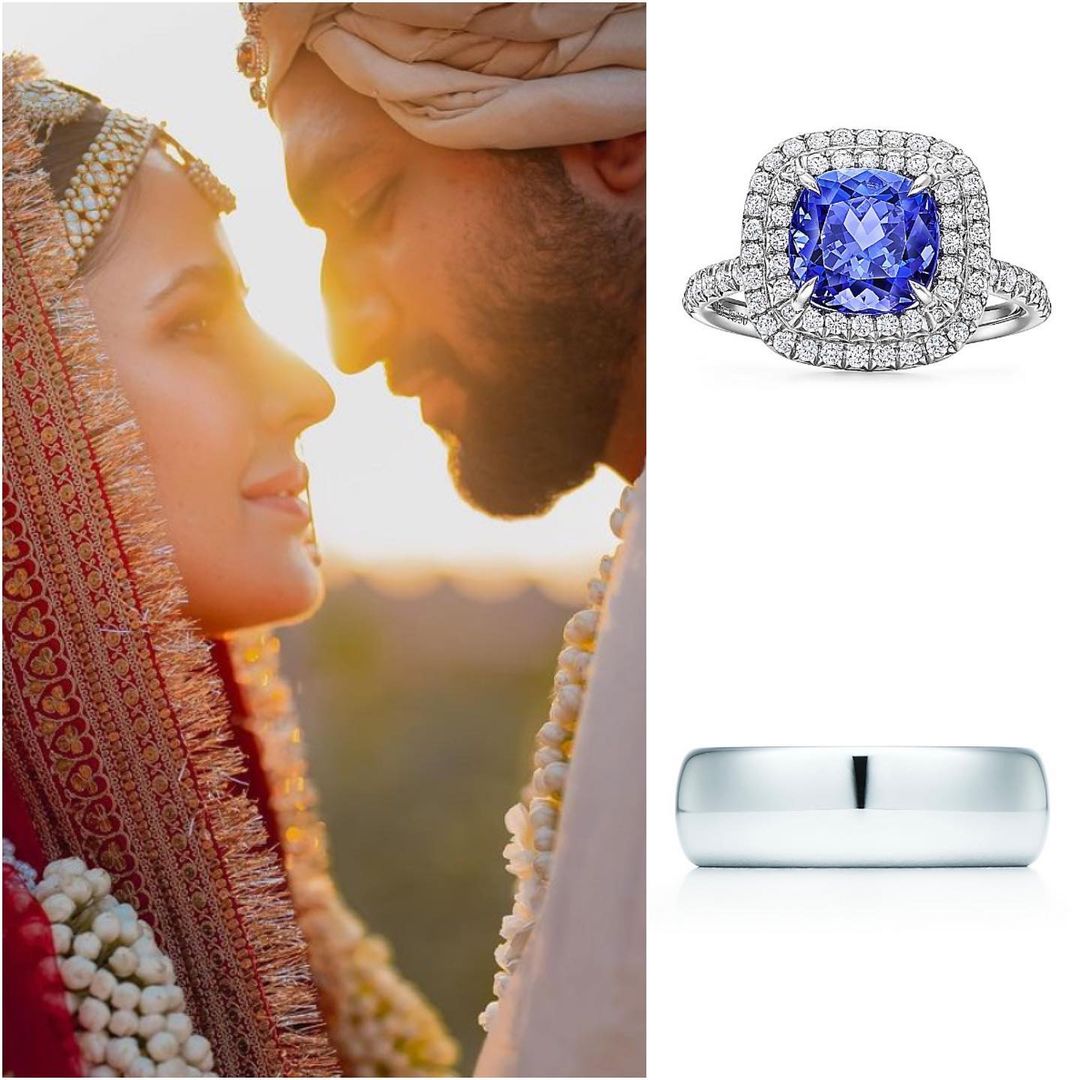 For the unversed, besides getting such expensive gifts from industry friends, Katrina also gifted Vicky an apartment in Juhu, Mumbai which is reportedly worth Rs.15 crores.