Hema Malini, Esha Deol Takhtani and Ahana Deol Vohra have been performing on-stage for years but for the first time ever, the mother-daughters trio has collaborated to sing a devotional song.

Hema Malini had become the Dream Girl of B-town in the 70s and continues to reign the hearts of millions. Apart from her acting prowess, the trained Bharatanatyam dancer, Hema Malini in truest sense symbolises poise, grace and ethereal charm. And even today, no one can match up to the grace with which she dances. Hema Malini’s daughters, Esha Deol Takhtani and Ahana Deol Vohra too, are trained Odissi dancers. Over the years, Hema ji had learnt other dance forms like Oddisi, Kathak and today specialises in ballets that combine all dance forms. (Also Read: Mira Kapoor Reunites With Rajput Clan After 6 Months, Treats 'Mia Familia' With The 'Taste Of Love')

Esha Deol had embraced motherhood for the first time in October 2017 and within five months post-delivery, she had made her comeback on the stage. After a long break due to pregnancy, Esha was back on-stage with her mother, Hema Malini at Siri Fort Auditorium, Delhi. On March 17, 2018, Esha and Hema ji had performed in Delhi and Esha had posted a picture and a video from the event. She had captioned them, “First Classical dance performance after a long time, today at Delhi Siri fort auditorium! Gratitude!!! With @dreamgirlhemamalini.” Revealing how Esha had performed, Hema ji had captioned her post as “Both Esha and Ahaana were scheduled to dance with me as it is a significant theme where I hand over the baton to the next gen - but only Esha performed - Ahaana was indisposed. Anyway, it was a big success and Esha performed like a dream! She’s a natural #parampara #srifort.” Check out the pictures that Hema ji had posted: 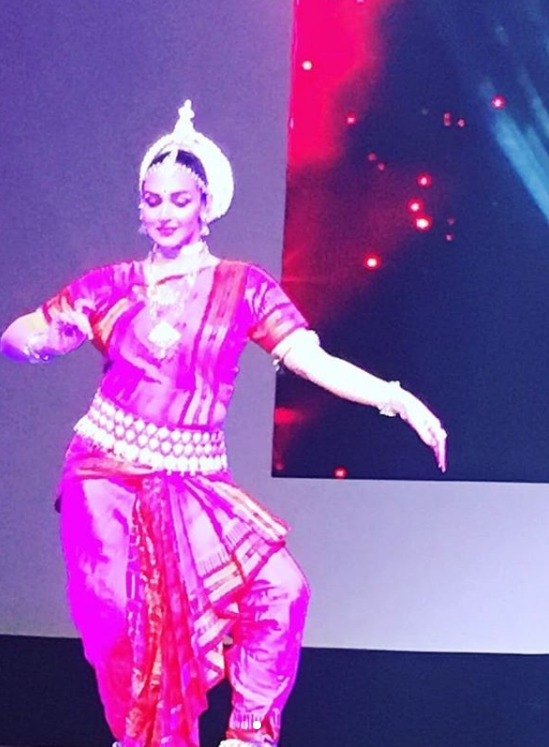 Hema Malini, Esha Deol Takhtani and Ahana Deol Vohra have been performing on-stage for years but for the first time ever, the mother-daughters trio has collaborated to sing a devotional song. They have sung a song, which includes Pranamya Shirasa Devam and Vakratunda Mahakaya (stotras dedicated to Lord Ganpati) for Times Music's devotional album, Raja Ganpati. Announcing the news, Esha took to her IG stories and posted a screenshot of a news headline. Esha wrote, “& now I have sung a song” atop it. In an interview with The Times Of India, Hema Malini revealed how difficult it was to record the song during the lockdown and was quoted as saying, “At the beginning of my Bhartnatayam dance show, I always perform on a Ganpati stotra. I have performed on Pranamya Shirasa Devam many times. Since I have learnt Sanskrit, I know to recite these shlokas. Due to the pandemic, it was difficult to go to the recording studio, so music director Dipesh Verma and his assistant came home and recorded the song. I wasn’t sure about how the song will turn out, but I am happy with the results.” (Also Read: Esha Deol Takhtani's Hubby Bharat Takhtani Gives His Feedback On Her Book 'Amma Mia', Shares A Video) 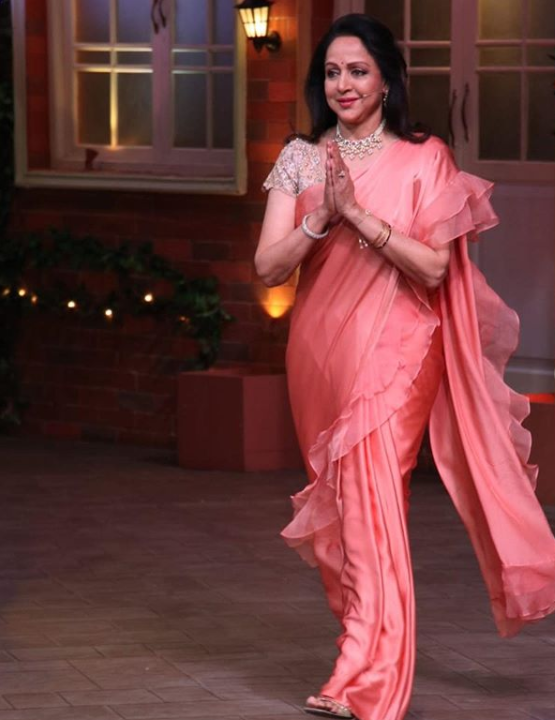 Expressing how emotional it is to bid farewell to Lord Ganesha every year, Hema Malini remarked, “We welcome Ganeshji home every year. The house is so lively when Ganeshji is at home. For both the aartis, the staff, family and children come together. When it’s time for farewell, I always get teary-eyed.” Saying that it was an honour to sing a devotional song, Esha Deol continued, “Every devotee of Lord Ganesha knows Vatratunda Mahakay, and it was an honour that we got to sing it. It is always wonderful when the three of us come together on stage, but this is the first time we are singing together, so it’s extra special. I often tell my daughters stories of Ganeshji. Now, I am trying to teach them Vakratunda Mahakay.” Ahana Deol added, “This was one of the first shlokas that I learnt when we started studying Sanskrit. Amid the pandemic, it felt good to be a part of an album like this, which spreads positivity.” 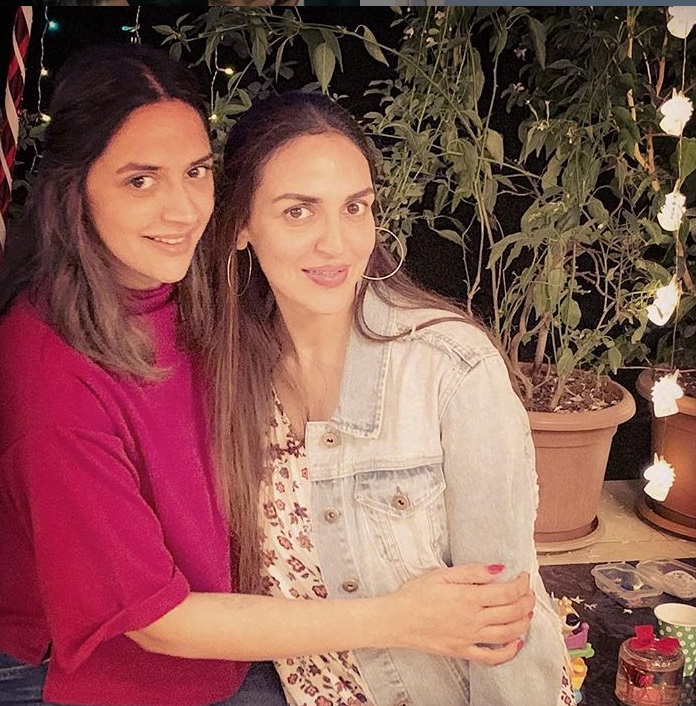 In an interview with The Quint, Hema Malini had expressed how performing Parampara with her daughters, Esha Deol Takhtani and Ahana Deol Vohra was a beautiful moment for them. She had remarked, “Dance for me is devotion, meditation and also tradition. I perform Parampara with my daughters Esha and Aahana Deol and that is the most beautiful moment for all of us because it is carrying forward a tradition. My daughters understand that art has to be pursued and nourished. The fulfillment I experience after a dance show cannot be compared to the experience of a film.” (Also Read: Hema Malini Feels Like A Prisoner Of Her Own Children Esha And Ahana As They Won't Let Her Go Out) We wish the mother-daughters trio luck for their new venture!