Hrithik Roshan and Pakistani actress, Mahira Khan were lost in each other's eyes at the Red Sea International Film Festival. Here is what the netizens are saying!

Hrithik Roshan swooned our hearts with his charm at the Red Sea International Film Festival 2022. The actor is famous for his handsome looks and alluring personality. Known as India’s Greek God, there is no one else in the industry, like Hrithik. Even after being a daddy of two, Hridaan and Hrehaan, he maintains his physique at the age of 48.

Recently, we stumbled upon a picture of him interacting with Pakistani actress, Mahira Khan, and the glimpses are unmissable. The viral photo is from the Red Sea International Film Festival, held in Saudi Arabia. In the glimpses, Hrithik was seen lost in Mahira’s eyes as they shared a candid chat. They sat next to each other at the festival, surrounded by a huge crowd. Upon arriving at the event, Hrithik was heard saying:

Hrithik Roshan And Saba Azad's Rumoured Relationship: Here's How They Met For The First Time

“Happy to be here. This is incredible. Wow. The size of that stage (laughs)." 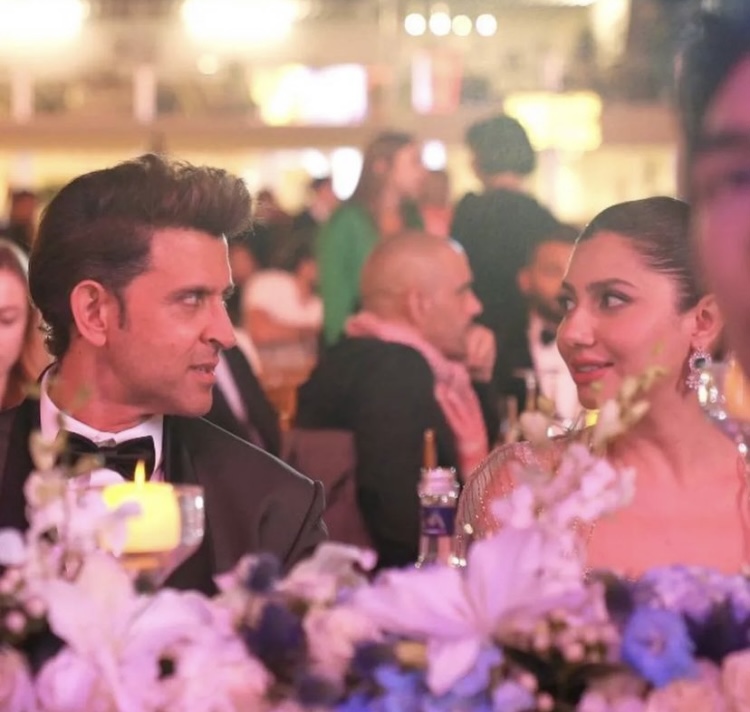 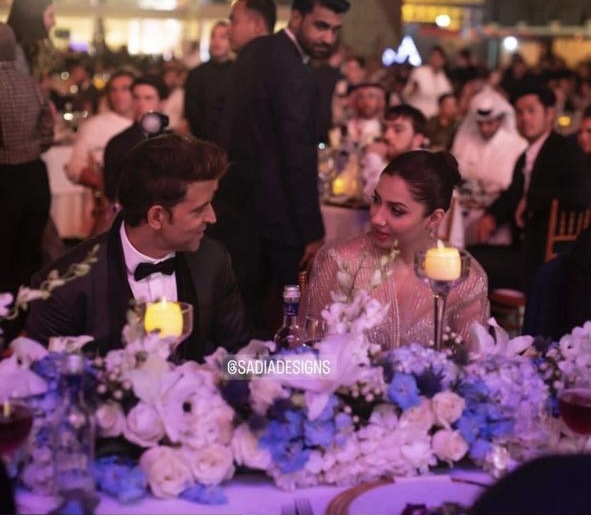 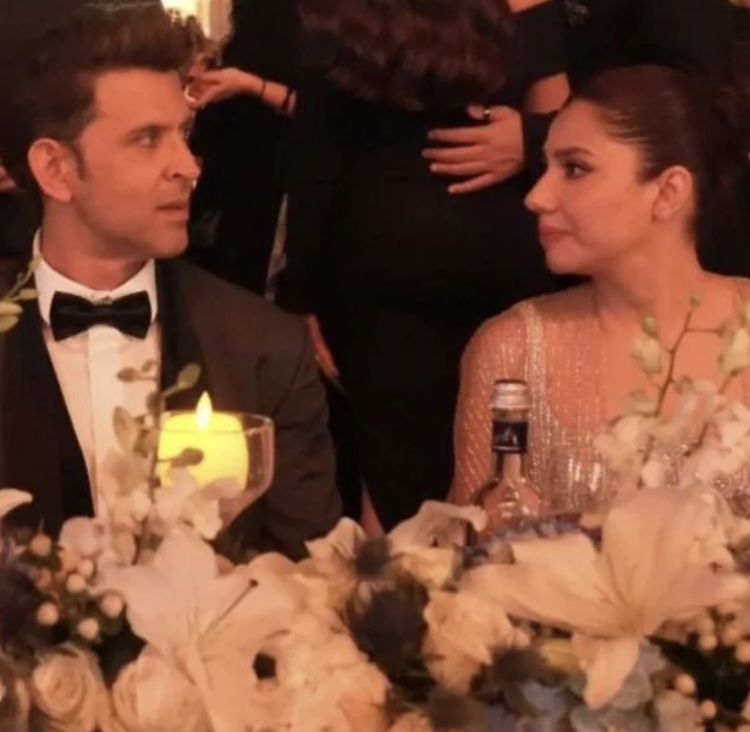 For the gala event, Hrithik looked handsome in a white shirt layered with a black coat and similar-hued pants. He also elevated his look with a bow tie and black shoes. On the other hand, Mahira was seen clad in a gold strappy gown, which featured a floor-sweeping tail and a sheer shrug. 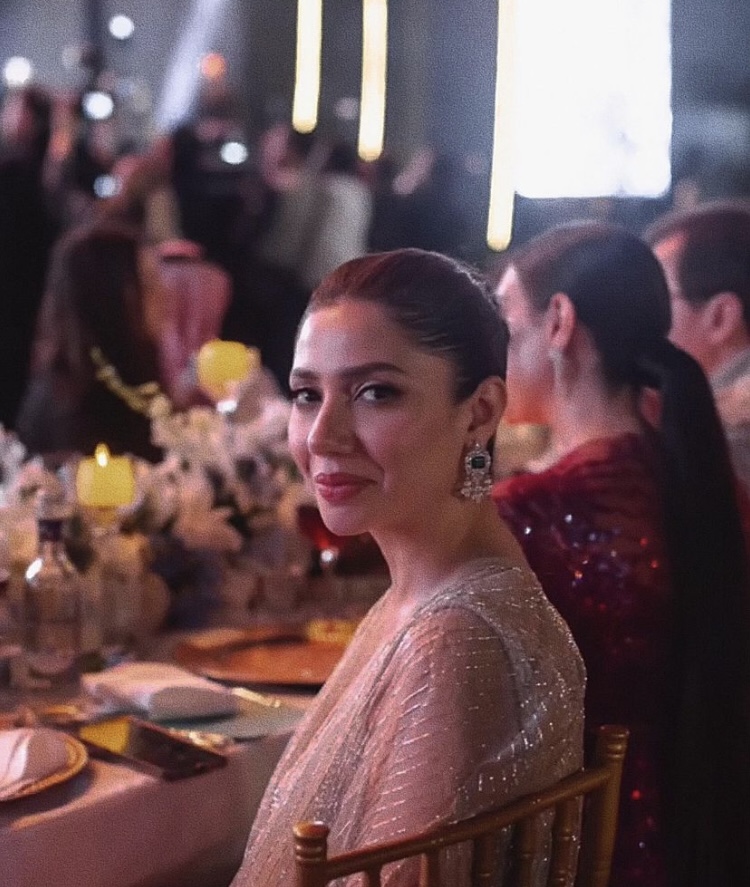 As soon as the pictures and videos went viral on the internet, their die-hard fans started to react in the comment section. While one user wrote, “Kash Saba Azad ki jagah mahera hoti,” another fan commented, “Ab Ranbir ki jagah Hrithik.” Another netizen penned, “Bss krdo.” Check it out! 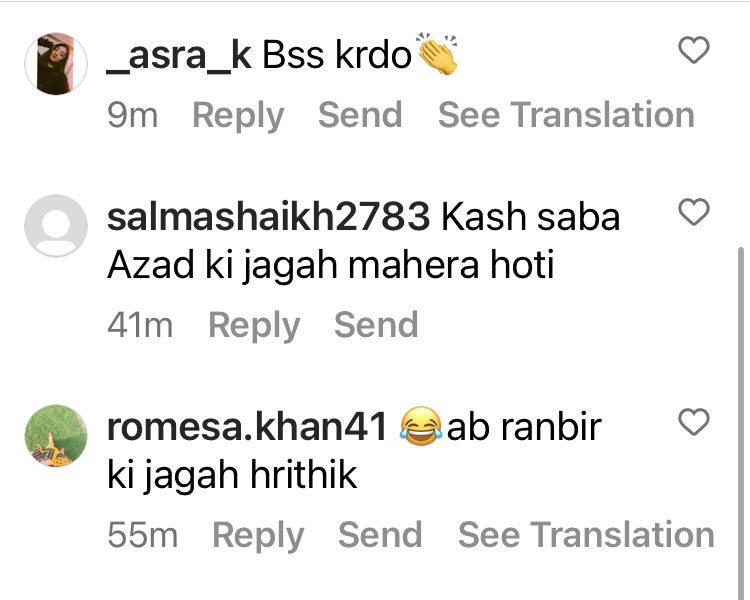 For the unversed, Hrithik is dating a singer, Saba Azad, and Mahira was allegedly in a relationship with Ranbir Kapoor in the past.

Next Read: Shraddha Arya Reacts To Being Fat-Shamed For Her Viral Video, Slams Trolls Who Called Her Overweight

Hrithik Roshan And Saba Azad's Rumoured Relationship: Here's How They Met For The First Time