For a recent photoshoot, Janhvi Kapoor dished out some major fashion goals as she flaunted her lehenga from Rahul Mishra which costs a bomb!

Bollywood actress, Janhvi Kapoor had inherited the terrific genes of her star parents, Boney Kapoor and late Sridevi. She is riding high on the professional front. However, besides it, Janhvi makes it to the headlines, every now and then, with her style statement. Whether it is flaunting her collection of chic outfits or ethnic ensembles, this actress has nailed in all of it.

From her casual airport look, ethnic look from her cousin, Rhea Kapoor's wedding, a bodycon dress in any of her photoshoots or her Gucci T-shirts, Janhvi knows how to slay with class. Not just that, she knows to shell out styling goals in her super-expensive attires. Yet again, Janhvi made netizens go in awe of her as she dropped a series of pictures from one of her recent photoshoots.

Janhvi Kapoor's Rumoured Ex-Boyfriend, Akshat Rajan Reacts Like This To Her New Song From 'Roohi'

Janhvi Kapoor's Cute Pictures With A Puppy Reminds Us Of Her Mom, Sridevi In The Film 'Sadma'

Janhvi Kapoor Shares Her Mom, Sridevi's Handwritten Letter For Her On Her Third Death Anniversary

Recommended Read: Bride-To-Be, Katrina Kaif Donned A Yellow 'Sharara' Worth Rs. 1.3 Lakhs As She Left For Her Wedding On December 7, 2021, Janhvi Kapoor took to her Instagram handle to delight her massive fanbase of 14.5 million and did what she does the best - shelling out fashion goals. The actress made the headlines once again with her sartorial choice as she looked ethereal in a pink and coral floral lehenga while posing for a jewellery brand. The silk and organza number from fashion designer, Rahul Mishra was a treat to the eyes. 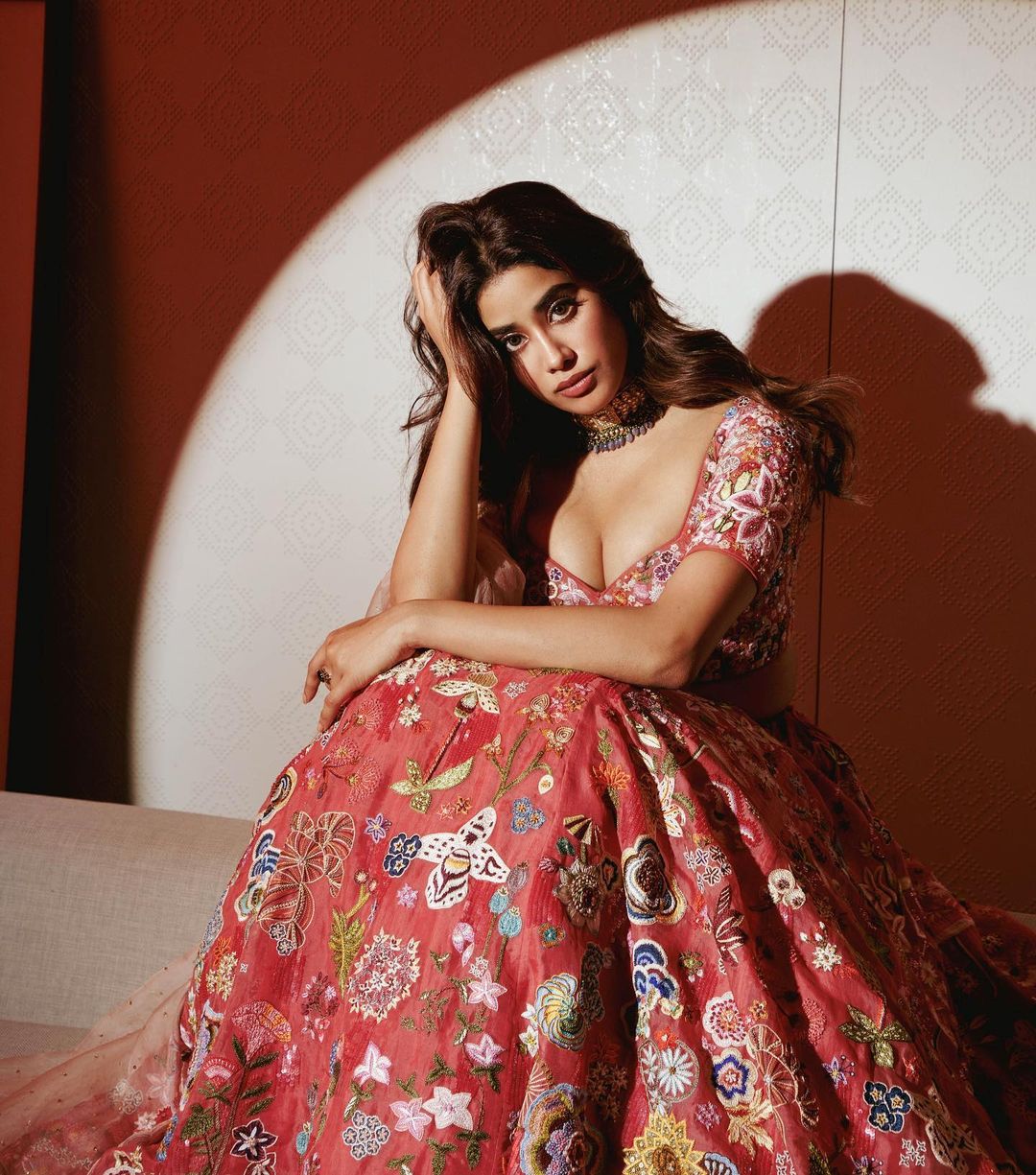 To oomph her look, Janhvi Kapoor paired her heavily embroidered lehenga set with a statement choker. The actress had preferred to keep her look minimal with a golden shimmery eye and a nude lip colour. To complement her look, Janhvi had opted for winged eyeliner, mascara-laden lashes, some peachy blush and contoured cheeks. 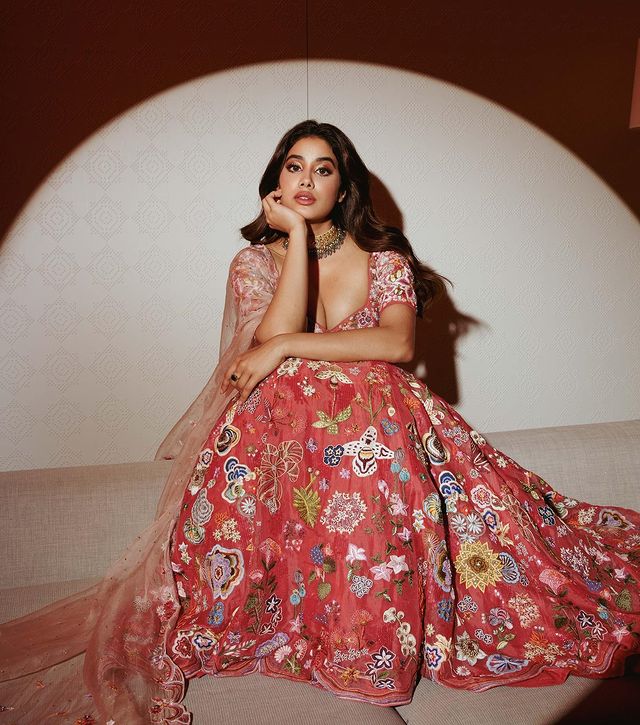 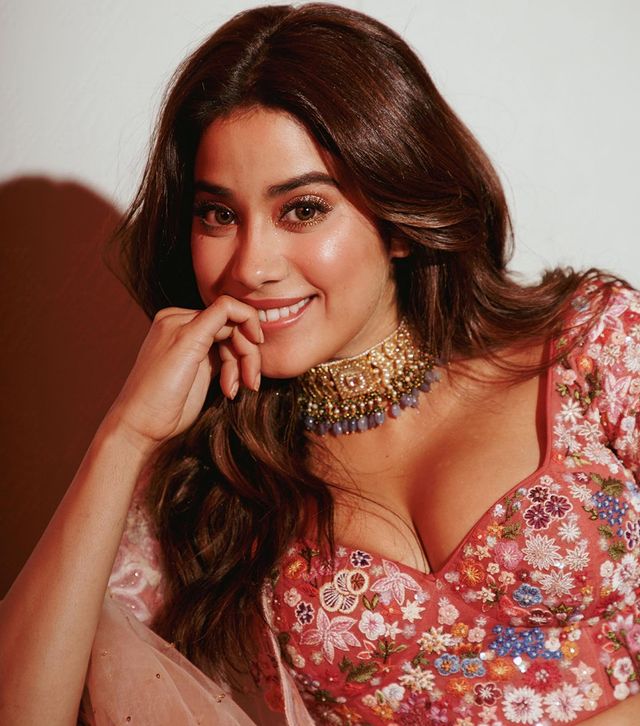 There is no doubt in the fact that Janhvi Kapoor's lehenga-choli can rock one's wedding festive look if she is a bridesmaid. On the official website of the fashion designer, the Mushroom Hand Embroidered Lehenga set by Rahul Mishra is priced at Rs. 438,500.00. Therefore, it will not just shock you but surely burn a whole in your pocket if you are thinking of buying it.

What are your thoughts about Janhvi Kapoor's heavily priced lehenga? Let us know! 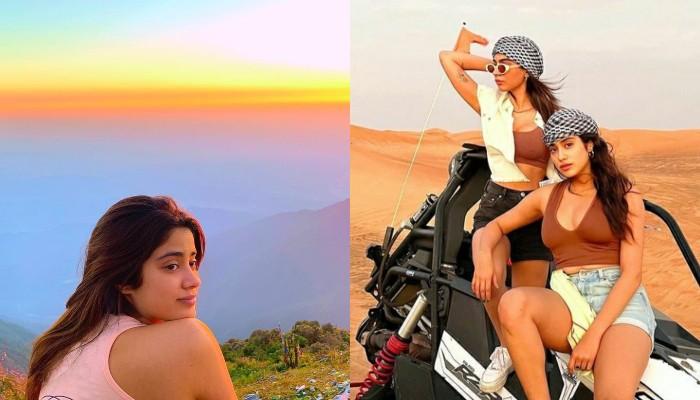 Bollywood actress, Janhvi Kapoor has got talent in her genes as she is the daughter of the very elegant actress, Sridevi and the renowned producer, Boney Kapoor. Moreover, she is leaving no stone unturned in following the footsteps of her mother and is riding high on the professional front already. However, apart