Kangana Ranaut Opens Up About Her Wedding Plans, Reveals She Has Someone Special In Her Life

Kangana Ranaut Opens Up About Her Wedding Plans, Reveals She Has Someone Special In Her Life

Kangana Ranaut talked about marriage and children and also said that everyone will know about the 'special someone' of her life, soon.

Bollywood actress, Kangana Ranaut debuted in the Hindi film industry with the film, Gangster, and won the Filmfare Award for Best Female Debut. And since then, there has been no looking back for the actress. She has bagged some amazing roles and given some outstanding performances in movies like Queen, Manikarnika, Tanu Weds Manu and many more. Kangana has created her own niche in the industry and has won millions of hearts with her acting skills.

Moreover, the gorgeous actress is a fierce and bold lady, who never shies away from expressing her views and making controversial statements about everything trivial. And whenever she makes a statement, it finds its way to the front page of a newspaper. Something similar happened this time as well, when Kangana Ranaut made a revelation about her love life and hit the headlines.

Karan Mehra's Estranged Wife, Nisha Rawal Reveals She Would Like If He Joins Her In The 'Lock Upp' 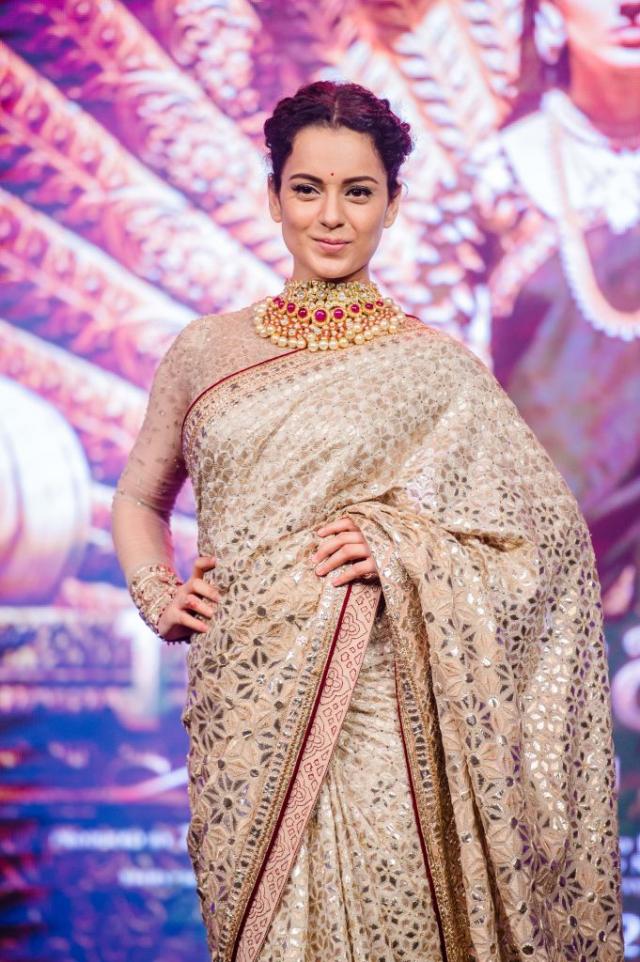 On November 10, 2021, Kangana Ranaut attended the Times Now Summit 2021 and interacted with Navika Kumar. During her interaction with Navika, she talked about her films, political views, and even her love life. The actress revealed that she has someone special in her life and shared where she envisions herself in the next five years. Talking about the same, she shared:

“I definitely want to be married and have babies. I see myself as a mother in five years, as a wife, and as someone who is actively participating in the vision of new India.” 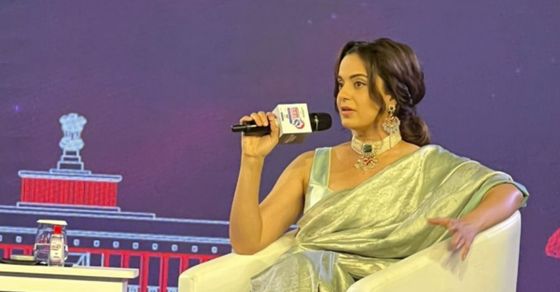 Further, in the conversation, Kangana was asked if she is already working on building her future, to which, she nodded in affirmation. Moreover, when asked about the identity of her partner, she revealed that she's indeed in "love" and added:

"Everyone will know soon." When asked if she is in a happy place in love, Kangana agreed and insisted that she will reveal the identity of her partner soon. She concluded:

"Yes, of course, there is no such place in love but yes, kind of. Let's move on. You will know. Very soon." 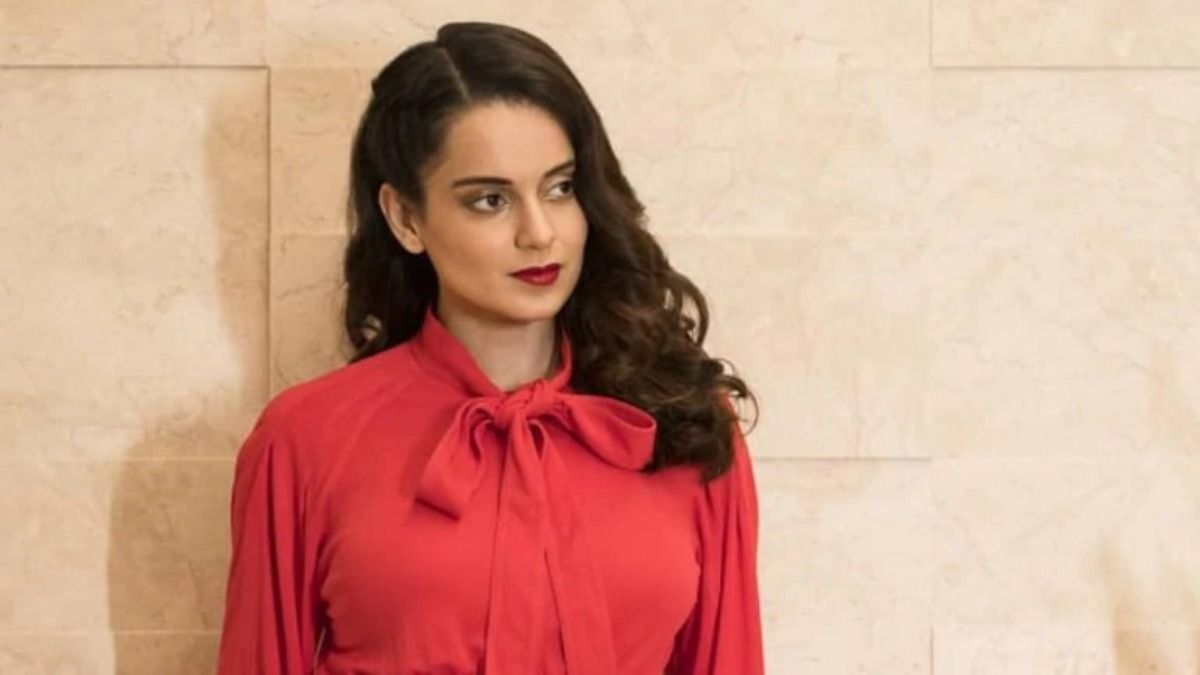 On November 8, 2021, Kangana Ranaut was awarded the prestigious award, Padma Shri. Sharing the news about her great accomplishment with her fans and followers, Kangana Ranaut had shared a picture of Indian President, Ram Nath Kovind handing her the award, on her IG handle. Along with it, she had written:

“Long ago when I started my career …. A question bothered me … I asked myself some want money, some want fans …. some seek fame and some just want attention …. What do I want? Deep down I always knew as a girl child I wanted to earn respect and that is my treasure. Thank you India for this gift.” 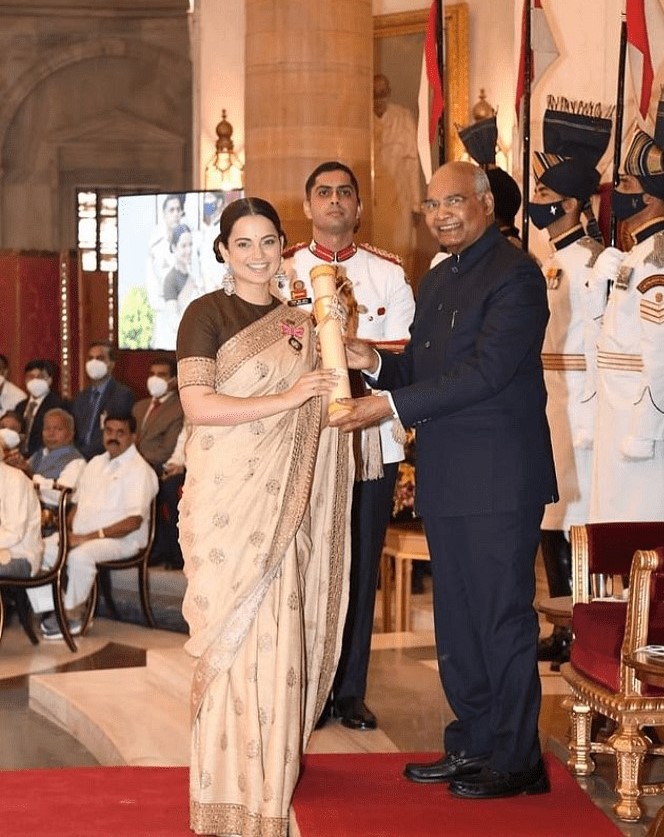 For the unversed, Kangana Ranaut had hit the headlines because of her alleged relationships in the past few years as well. The actress was rumoured to be dating some of the prominent names of B-town including Aditya Pancholi, Adhyayan Suman, Hrithik Roshan, and a few more. However, her controversial love affair with the handsome hunk, Hrithik Roshan had grabbed most of the media attention. But that's all in the past now. 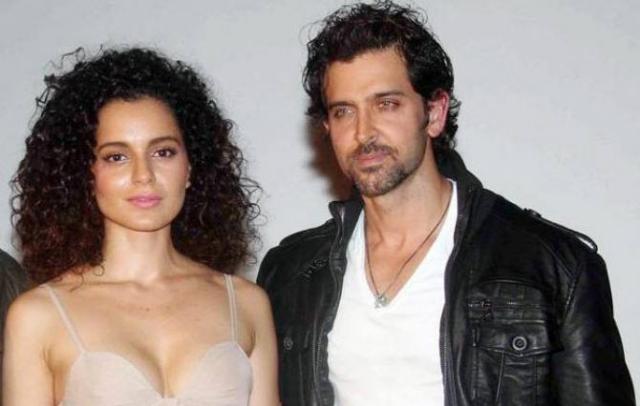 However, it was in 2019, at the India Today Conclave 2019, when the actress had opened up on her romantic life for the first time. Kangana had revealed that she had never been out of love and had stated:

"I have a romantic side. I feel that being an artist, it is so important to have desire in you, to be aroused with life. I don't remember a life when I have been out of love. I have had bad experiences with love, but I move on quickly. I have someone in my life. For me, where I am right now, I do not feel the need of regular dating. I am at a age that I want to have companionship which can inspire me in life." The Manikarnika actress had further talked about how the idea of love had changed for her over the last few years and had shared:

"In my early and mid 20s, I used to have a different expectation in relationship. I am not that clingy anymore. I am more easy to handle. I will get married and would love to have a family even though the population explosion is worrying me." 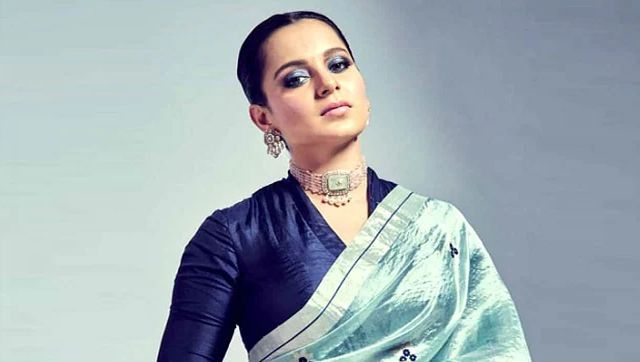 On the professional front, Kangana was last seen in the film, Thalaivi. 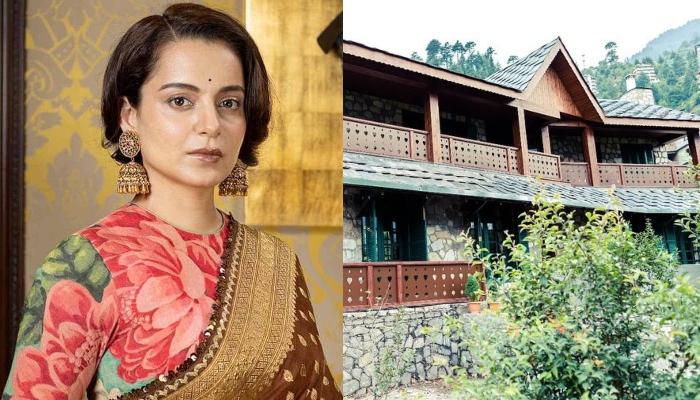 Bollywood actress, Kangana Ranaut is an exceptionally-talented actress. Although her recently-released film, Dhakkad didn't perform well at the box office, but she continues to thrive for more. Time and again, Kangana has proved the mettle of her incredible acting skills with her jubilant performances in movies like Gangster, Fashion, Tanu Weds

Karan Mehra's Estranged Wife, Nisha Rawal Reveals She Would Like If He Joins Her In The 'Lock Upp'