'Baby Doll' singer, Kanika Kapoor shared the first pictures from her dreamy wedding, and the Manish Malhotra bride looked ethereal. Check out as we decode her bridal look!

Popular singer, Kanika Kapoor took the nation by storm when she shared some mesmerising pictures from her wedding festivities, which were not short of something out of a fairytale. She is popularly known for some of her chartbusters songs such as Baby Doll, Jugni Ji, Chittiyaan Kalaiyaan, Tukur Tukur, Genda Phool and Oo Bolega Ya Oo Oo Bolega among others. She had first gotten married at the mere age of 18 to an NRI businessman, Raj Chondak. However, they had filed for a divorce in 2012 and had parted ways. Since the separation, the gorgeousness has raised her three kids, Aayana, Samara, and Yuvraj, all by herself.

Now, as Kanika had taken the plunge with her boyfriend, Gautam, this is her second shot at love. Reportedly, Kanika and Gautam had met just a year before, and within 365 days, the soulmates knew that they had found ‘the one’. The singer’s wedding rituals had begun with shagun ki haldi on May 19, 2022. In the glimpse which made its way on social media, the much-in-love couple could be seen smeared in haldi. For the ceremony, Kanika Kapoor had worn an ivory-coloured lehenga choli. On the other hand, her then-groom-to-be, Gautam was clad in a white-coloured kurta-pyjama set.

Married At 18, Divorced At 34; Kanika Kapoor Shares Pic Of Her Rumoured Boyfriend For The First Time

Recommended Read: Neena Gupta Reveals The Reason Behind Being 'Very Jealous' Of Shabana Azmi: 'I Was Thrown Out Of..'

A few hours ago, Kanika Kapoor shared some surreal pictures from her wedding day, and it's a sight to behold. From walking the aisle under the phoolon ki chaadar, enjoying the varmaala moment to passionately kissing her groom, Kanika lived her D-day to the fullest. In the pictures, Kanikna looked beautiful in a pastel pink-hued lehenga, which she had picked from the shelves of ace designer, Manish Malhotra. Her lehenga was embellished with sequins and a golden gota patti work in the hemline. Kanika’s choli featured multi-coloured intricate floral handwork and a V-neckline. 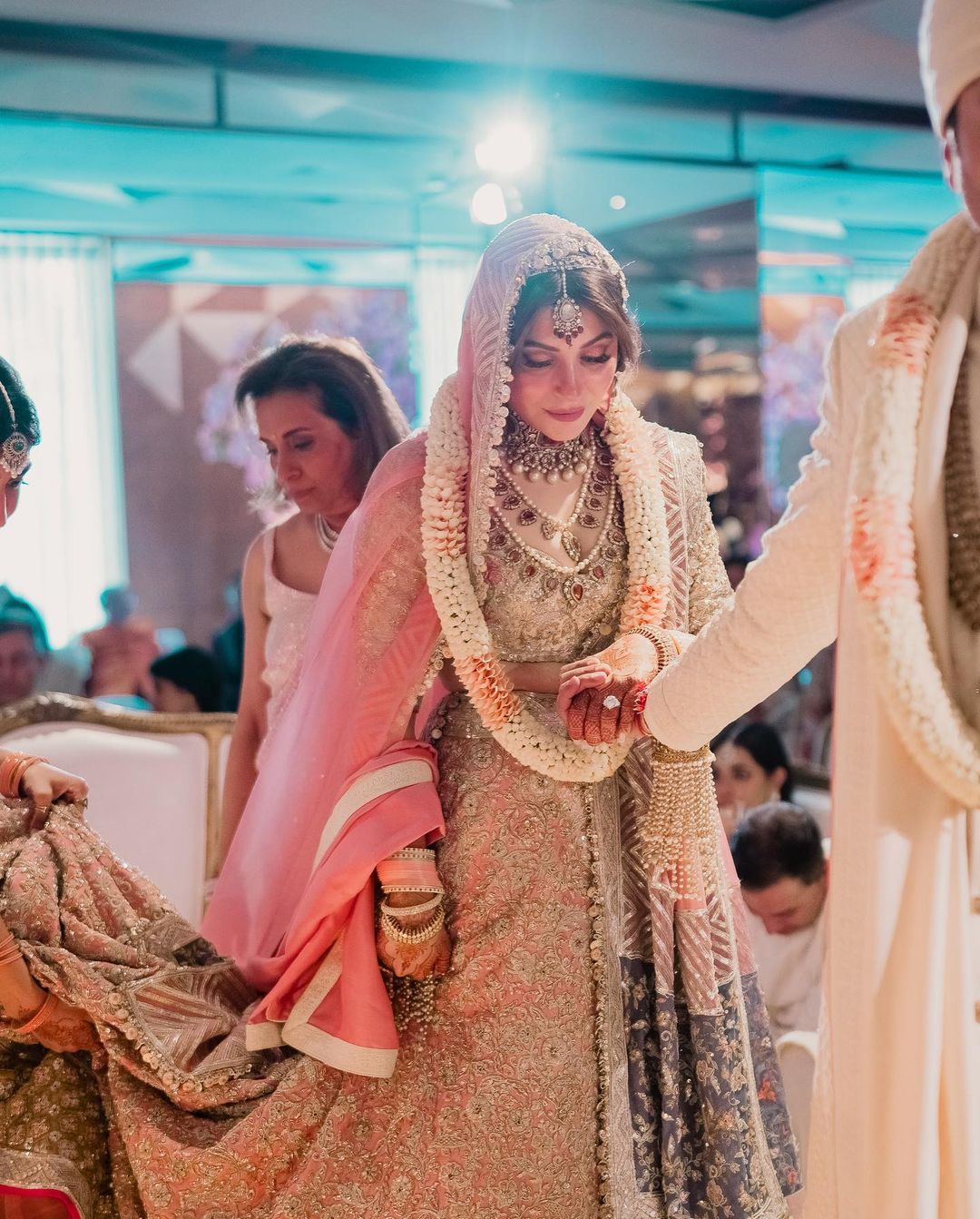 The bride gracefully carried a double chevron printed dupatta as one was neatly tucked in her shoulder while the other was placed at her crown. She accessorised her look with an extravagant choker and a two-tiered neckpiece, which was adorned with red stones and pearls, a pair of matching earrings, and a maang teeka. Along with the pictures, Kanika penned a heartfelt note for her ‘hero’, which can be read as:

“And I said YES. Fairy tales can happen to you, just never stop believing in them. Dream because one day those dreams do come true. I found my prince, I found my co-star. So grateful to the universe in making us meet. Excited to start our journey together; to grow old with you, to love you and learn with you. But most important to laugh with you. Thank you for making me smile every day. My best friend, my partner and my hero.” 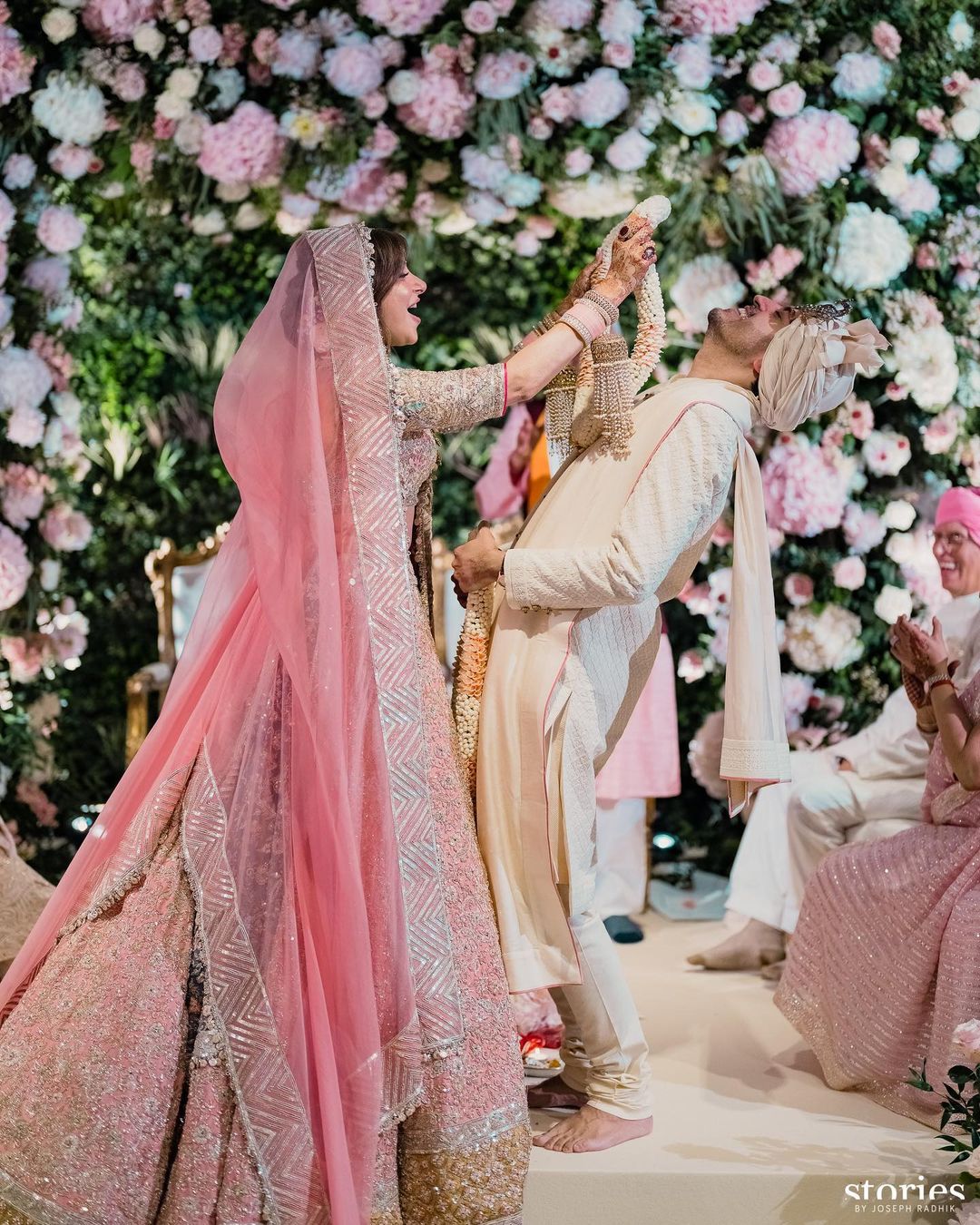 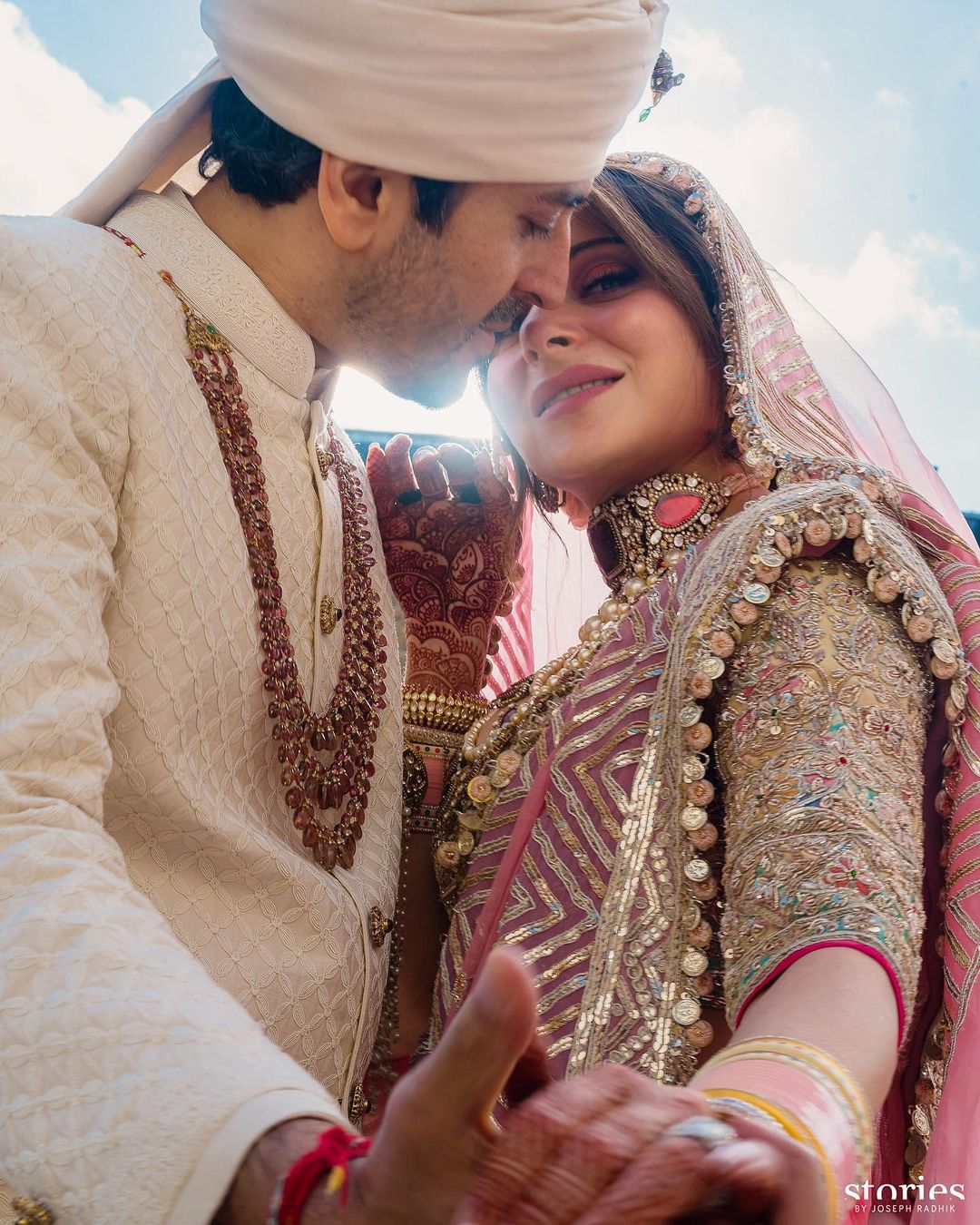 On May 20, 2022, Kanika Kapoor had shared some mesmerising glimpses of her mehendi ceremony on her IG handle. In the pictures, Kanika had looked gorgeous in a green-hued lehenga with sequin work all over it. She had paired her look with a dupatta, which was tucked on one of her shoulders. She had accessorised her look with a heavy choker adorned with green stones and a pair of matching earrings. On the other hand, her groom-to-be had looked dapper in a pistachio green-hued kurta pyjama. Check out! 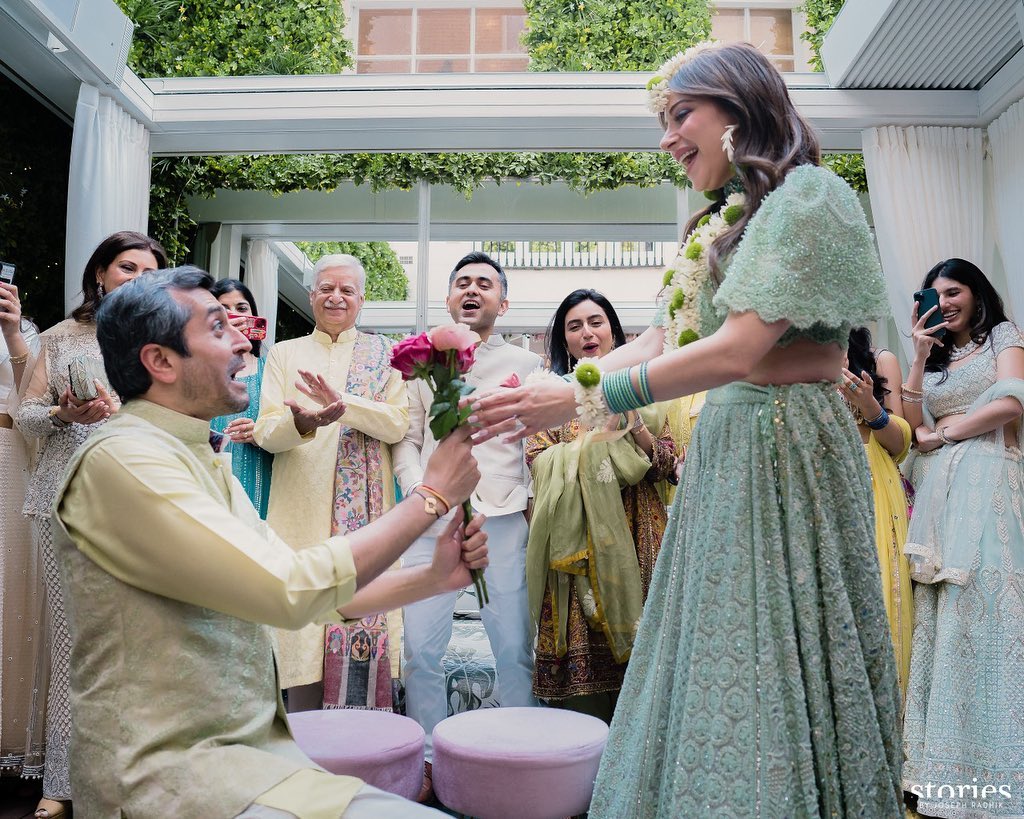 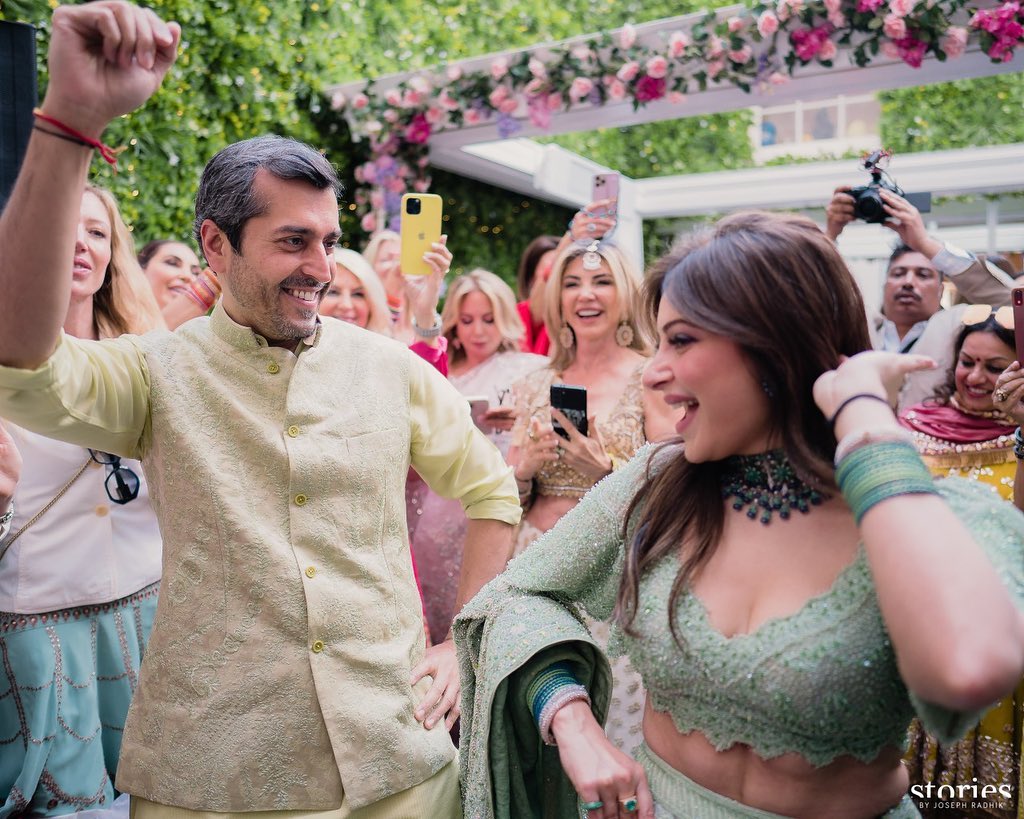 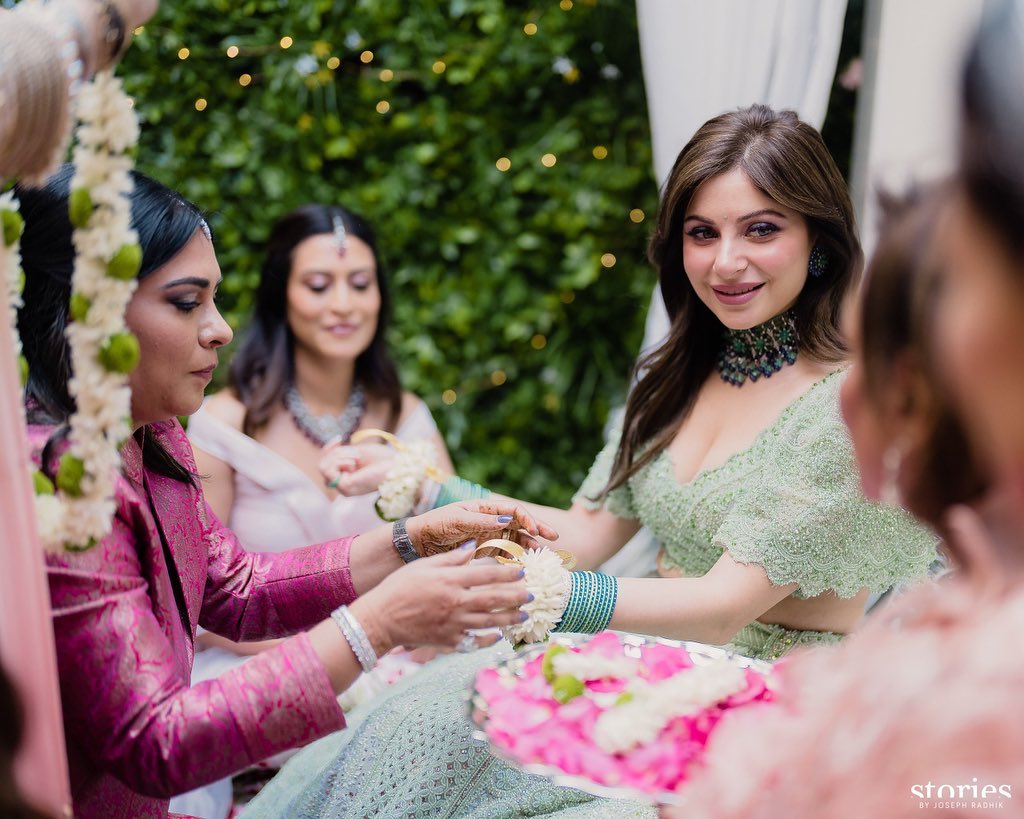 Here’s wishing a happily ever after to Kanika and Gautam!