On May 25, 2022, Karan Johar turned 50, and he hosted a grand bash to celebrate his special day. Check out as the celeb couples make heads turn at the event!

Ace filmmaker, Karan Johar tunred 50 on May 25, 2022, and his happiness knows no bounds. The birthday boy received warm wishes and blessings from his industry friends on his special day, and his fans showered love on him. From Kareena Kapoor to Alia Bhatt and Manish Malhotra to Anil Kapoor, the celebrities poured love on one of the kindest person in Tinseltown.

Karan Johar hosted a grand birthday bash and prominent names from the industry attended it. Pictures and videos from the same are doing rounds on the internet, and we can't stop gushing over them. For his 50th birthday bash, Karan Johar opted for a green-coloured blingy coat and paired it with white shirt and black trousers. He carried off his shimmery look with much style and made heads turn as he arrived for the party.

From Karan Johar To Aly Goni, TV And Bollywood Celebs, Who Played Cupid To Their Celebrity Friends

Recommended Read: Rashmika Mandanna Dolls Up In A Pink Kanjeevaram Saree At Her BFF's Wedding, Pens A Note For Her Karan Johar's birthday party was a starry event, and we witnessed many celebrities turning up the heat in their respective attires. The paps stationed outside the venue worked tiredlessly and managed to delight us with glimpses from the bash. At the event, Katrina Kaif and her hubby, Vicky Kaushal made everyone go awe with their adorable chemistry. While Katrina donned a white-coloured midi dress with feather detailing on one of its shoulders, Vicky looked dapper in a black-coloured tuxedo. 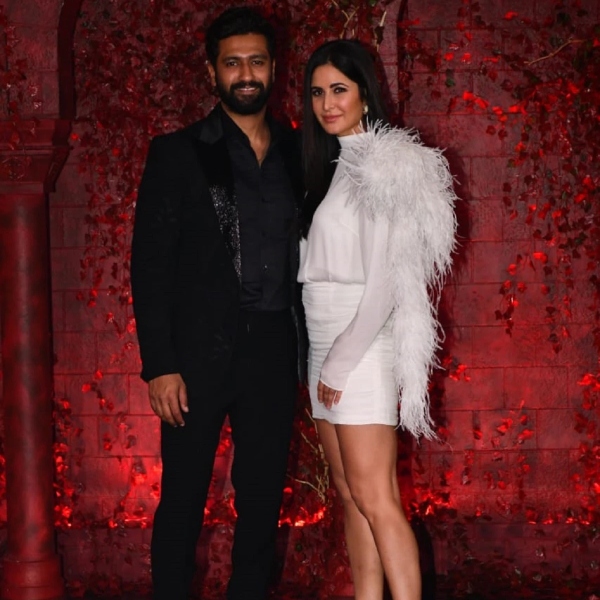 Aishwarya Rai Bachchan and Abhishek Bachchan, who recently returned from France after attending the Cannes Film Festival, looked regal in their stunning attires as they arrived at the event. Aishwarya looked gorgeous in a sparkling golden gown, which she styled with a designer black-coloured blazer. On the other hand, her hubby, Abhishek Bachchan looked handsome in a blingy tuxedo coat, and the couple looked picture-perfect for Karan’s birthday bash. 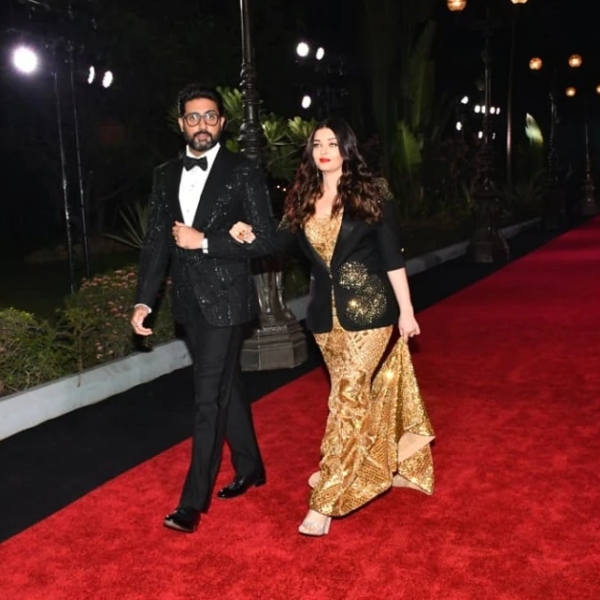 Meanwhile, Kareena Kapoor Khan and her hubby, Saif Ali Khan flaunted their stunning avatar at Karan Johar's 50th birthday bash. The actress looked stunning in a sparkly silver outfit and carried it with style. She was accompanied by her hubby, Saif Ali Khan, who opted for a cream-coloured coat paired with a white shirt and black pants. They looked ravishing together and stole the show with their looks. 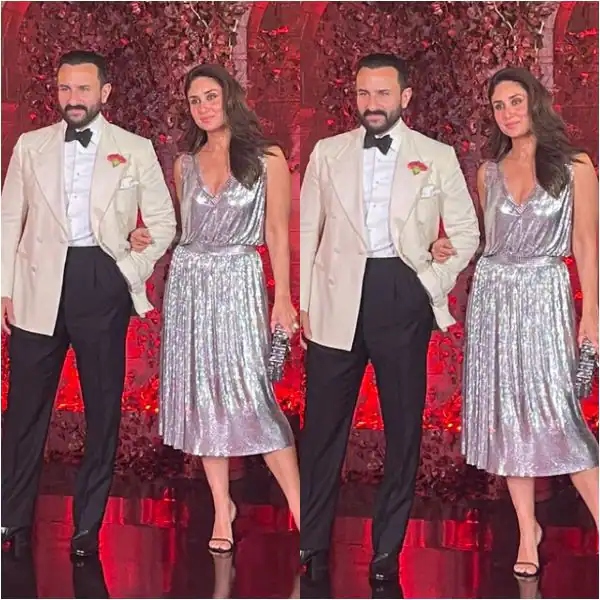 The paps also spotted some evergreen couples, who have been swooning our hearts from a long time. At the event, Aamir Khan was spotted with his ex-wife, Kiran Rao, who looked beautiful in a shimmery midi dress. The ex-couple was all smiles for the camera as they posed for some stunning pictures together. Meanwhile, Raveena Tandon was also spotted with her hubby, Anil Thadani, and they looked perfect together.

Among other celeb couples, who graced the event was the much-talked-about couple, Hrithik Roshan and Saba Azad. The duo twinned in black as they were spotted walking hand-in-hand with each other. On the other hand, Hrithik's ex-wife, Suzzanne Khan was also spotted with her beau, Arslan Goni at Karan Johar's party. Meanwhile, the paps also clicked Shahid Kapoor and his wife, Mira Rajput Kapoor as they posed for stunning pictures. On the other hand, Madhuri Dixit arrived at the party with her hubby, Dr Shriram Nene and their son, Arin. 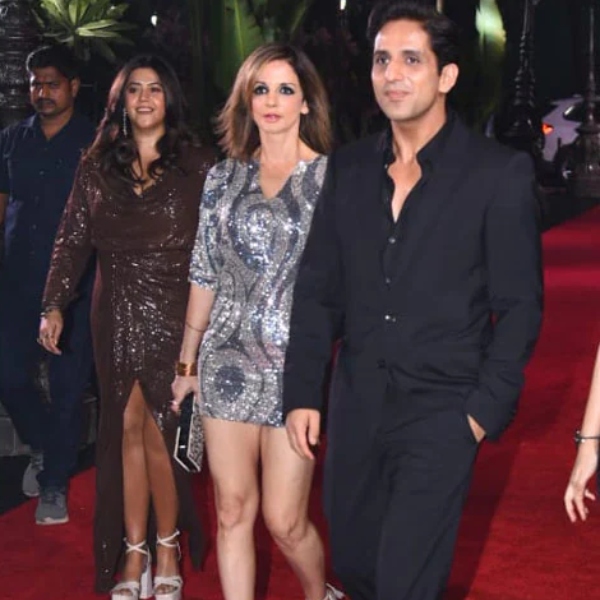 Talking about other B-Town couples, the paps also spotted actress, Rakul Preet Singh with her beau, Jackky Bhagnani at the event. While Rakul opted for a velvety red outfit, she perfectly complemented Jackky, who donned a blue-coloured suit. On the other hand, Riteish Deshmukh and Genelia Deshmukh too dazzled the evening in their beautiful attires.

We are stunned by the stylish avatars of the celeb couples at KJo's birthday bash. What about you? Let us know.

Next Read: Soha Ali Khan Shares A Glimpse Of Her Hubby, Kunal Kemmu Enjoying Birthday Lunch With Their Daughter