'Naagin 6' fame, Tejasswi Prakash had taken an auto to buy a swanky car worth Rs. 1 crore. Her boyfriend, Karan Kundrra dropped a funny video to tease her. Check out!

Tejasswi Prakash is all over the news these days. After all, the gorgeous actress never fails to surprise her fans with glimpses of her fun and active life. Since lifting the trophy of Bigg Boss 15 and bagging the lead role in Ekta Kapoor's franchise, Naagin 6, Tejasswi is soaring high on the professional front. Recently, to pamper herself, the actress bought a swanky black car worth Rs. 1 crore. Now, Karan Kundrra shared a vlog of their journey in which he was pulling Tejasswi's leg for travelling in an auto.

It had happened on April 5, 2022, when Tejasswi's loving beau, Karan Kundrra had accompanied her to the showroom and pictures and videos of their new purchase, Audi Q7 were all over the internet. The video shows the Naagin 6 actress dolled up in a full-sleeved black dress paired with nude heels. On the other hand, Karan had looked handsome in a tie-dye shirt paired with black pants and white sneakers. In one video, Tejasswi was seen breaking the naariyal while performing the puja and drawing a swastika on her brand new car. 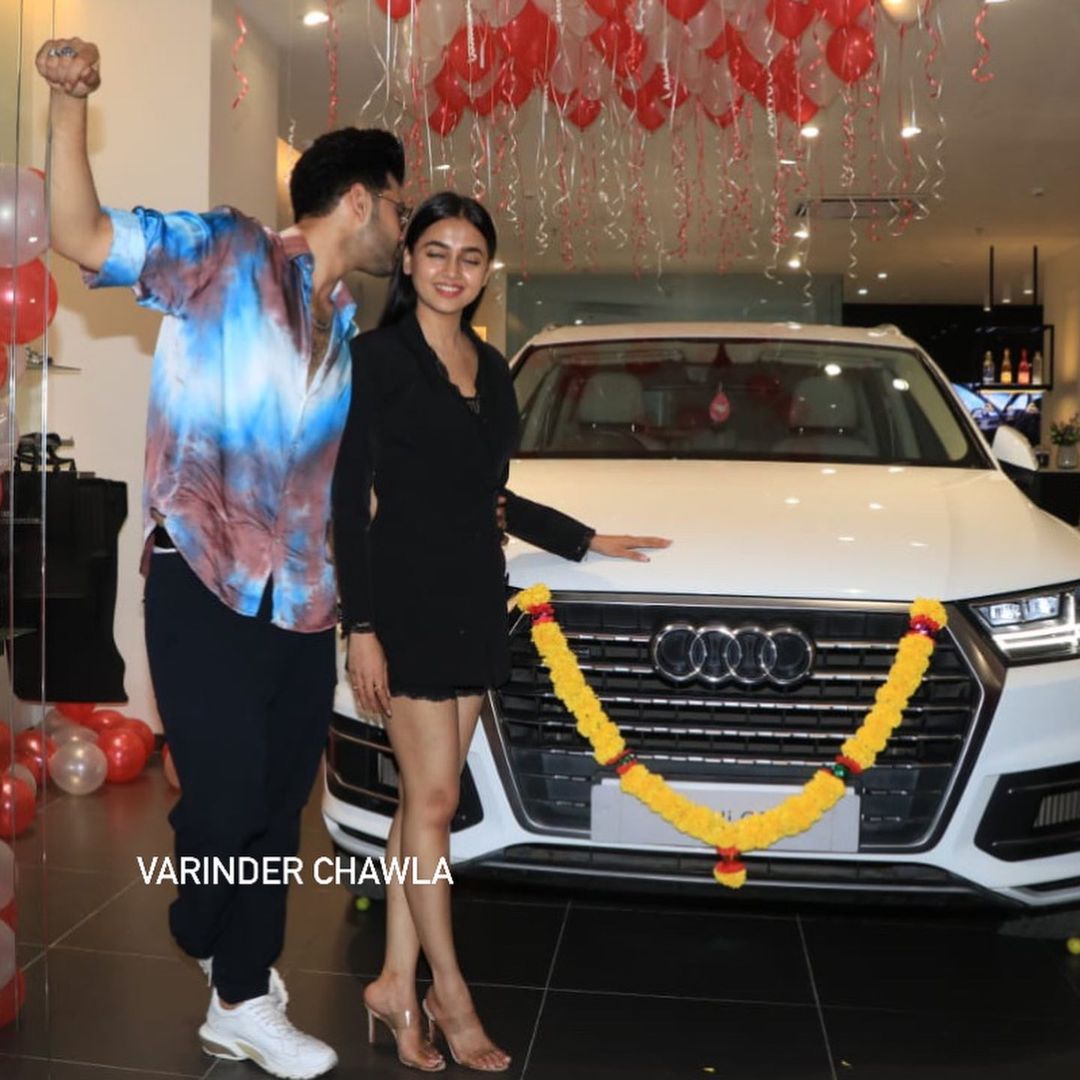 A few hours ago, Karan Kundrra dropped a fun vlog on his YouTube channel featuring the day when his ladylove was prepping to buy her Audi. However, what caught our attention was a short clip doing rounds on the internet. In the video, Karan can be seen making fun of Tejasswi for travelling in an auto to take the delivery of a car worth approximately one crore. While pulling her leg, Karan had fallen in love with his 'laddoo' all over again because of her humble nature. In his words:

On April 6, 2022, many divas had graced the 'Beautiful Indians' event by Femina. Among them, it was Tejasswi Prakash, who had stolen the show in a shimmery black dress that featured a plunging neckline and a thigh-high slit. However, the exciting part was the beauty had arrived at the event in the same brand new car. She had shared how badly she had wanted to be the first person to drive the Audi. So, she had driven the car to the red carpet all by herself. Tejasswi had mentioned:

"Dressed up & drove myself in my new car."

Also Read: Debina Bonnerjee Shares A Glimpse Of How She's Acing Parenting With Her Baby Girl And Pooch, Pablo 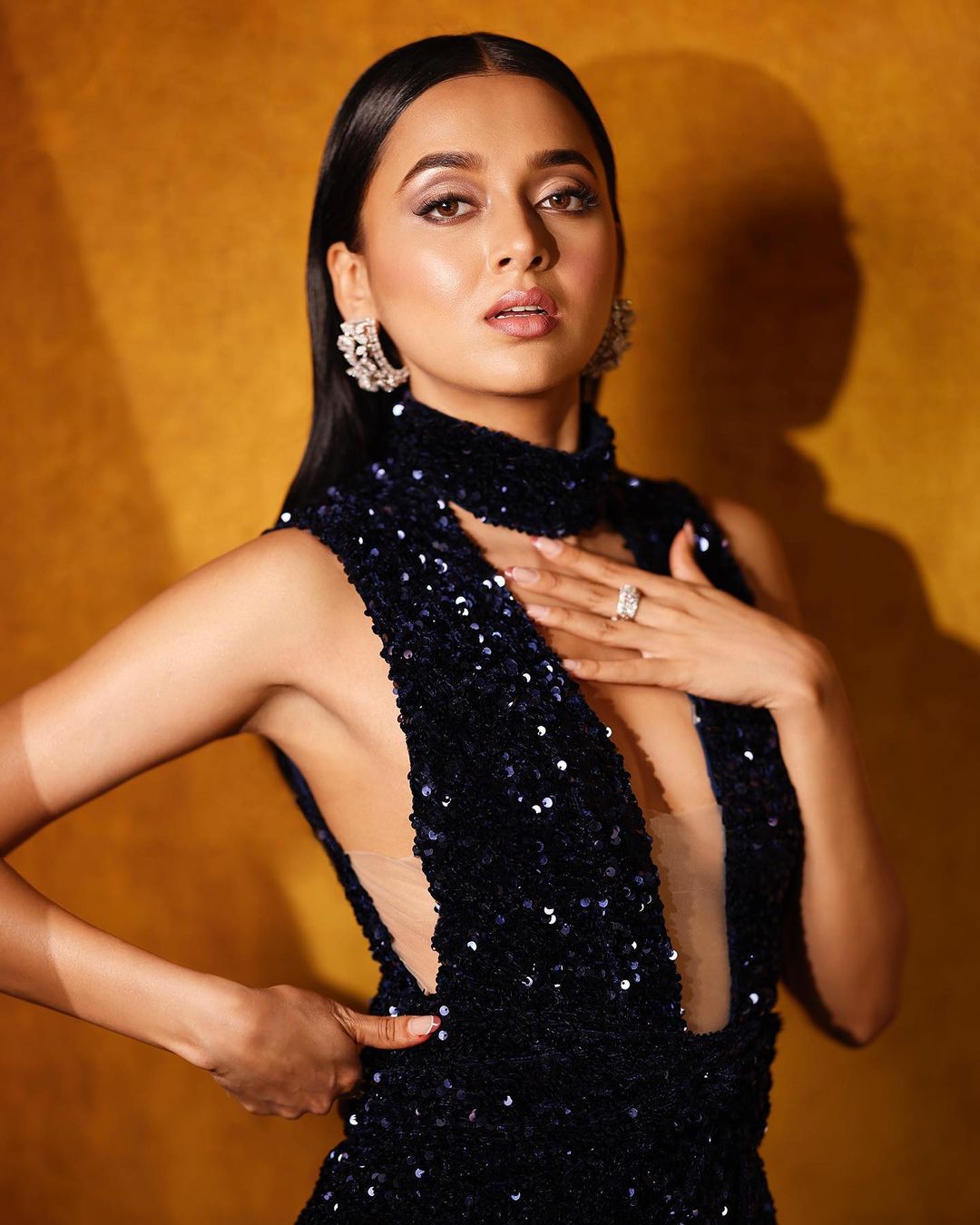 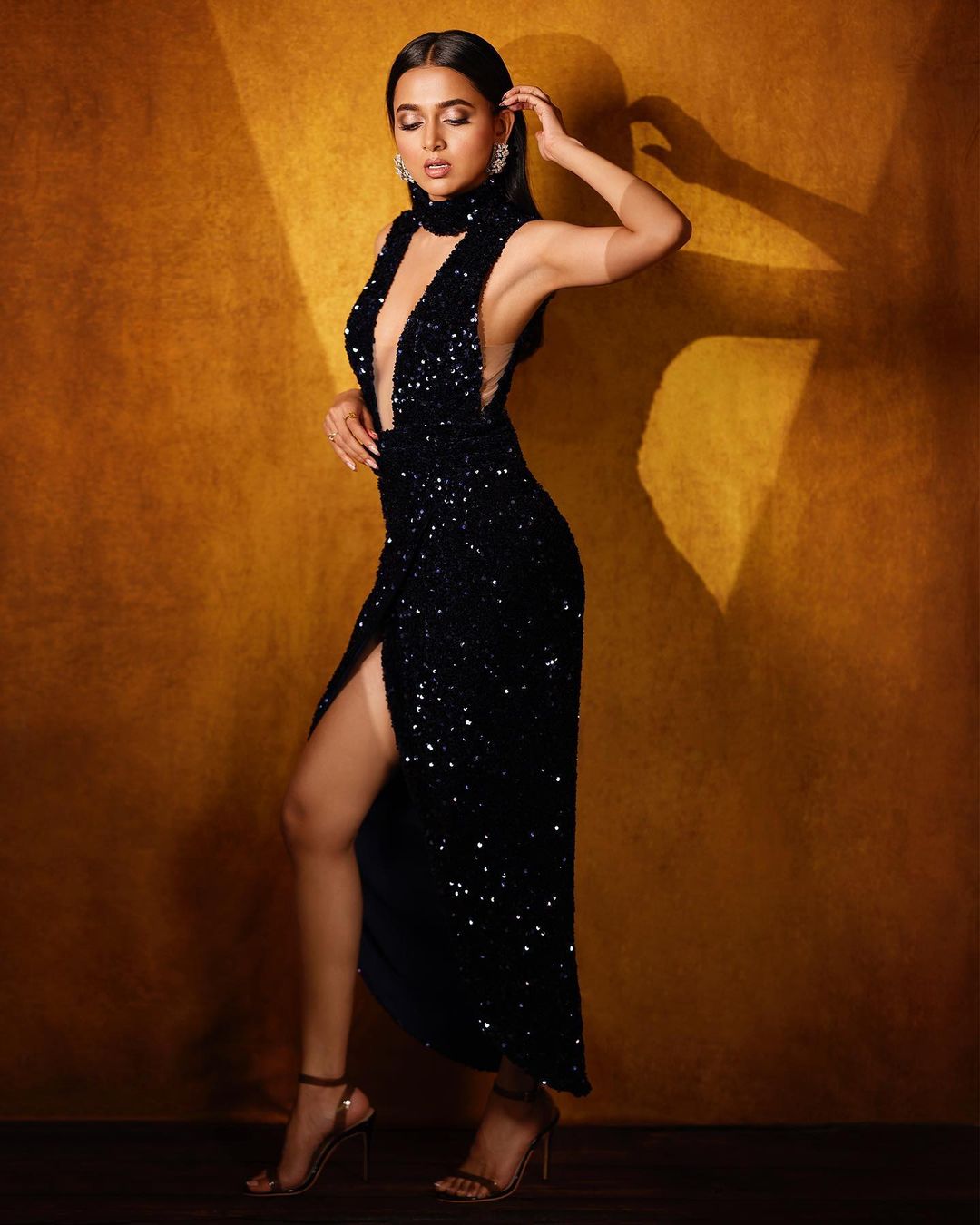 On March 19, 2022, the madly-in-love couple had celebrated their first Holi together. Karan had taken to his IG handle and had shared a series of pictures from his colourful Holi bash. The pictures had featured his friends and close ones. He had also dropped mushy photos with Tejasswi, in which Karan could be seen planting a sweet kiss on her nose. They both had posed for the lens donning black and white ensembles. He had penned a cutesy note in the caption, which could be read as:

"Lol yes we're obsessed with each other and we fear people are gonna stop hanging with us anymore coz what's the point?? 2 our first holi. @anusoru thanks for making us twin." 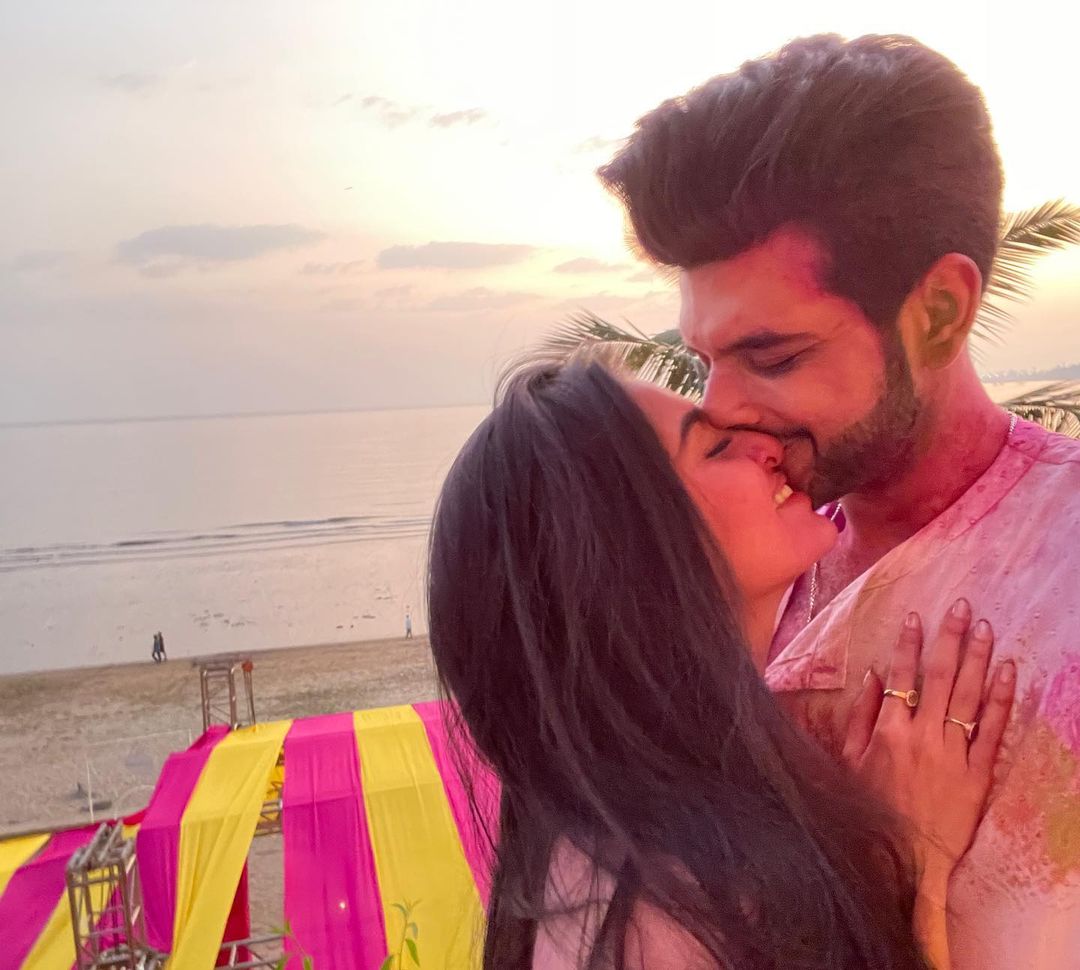 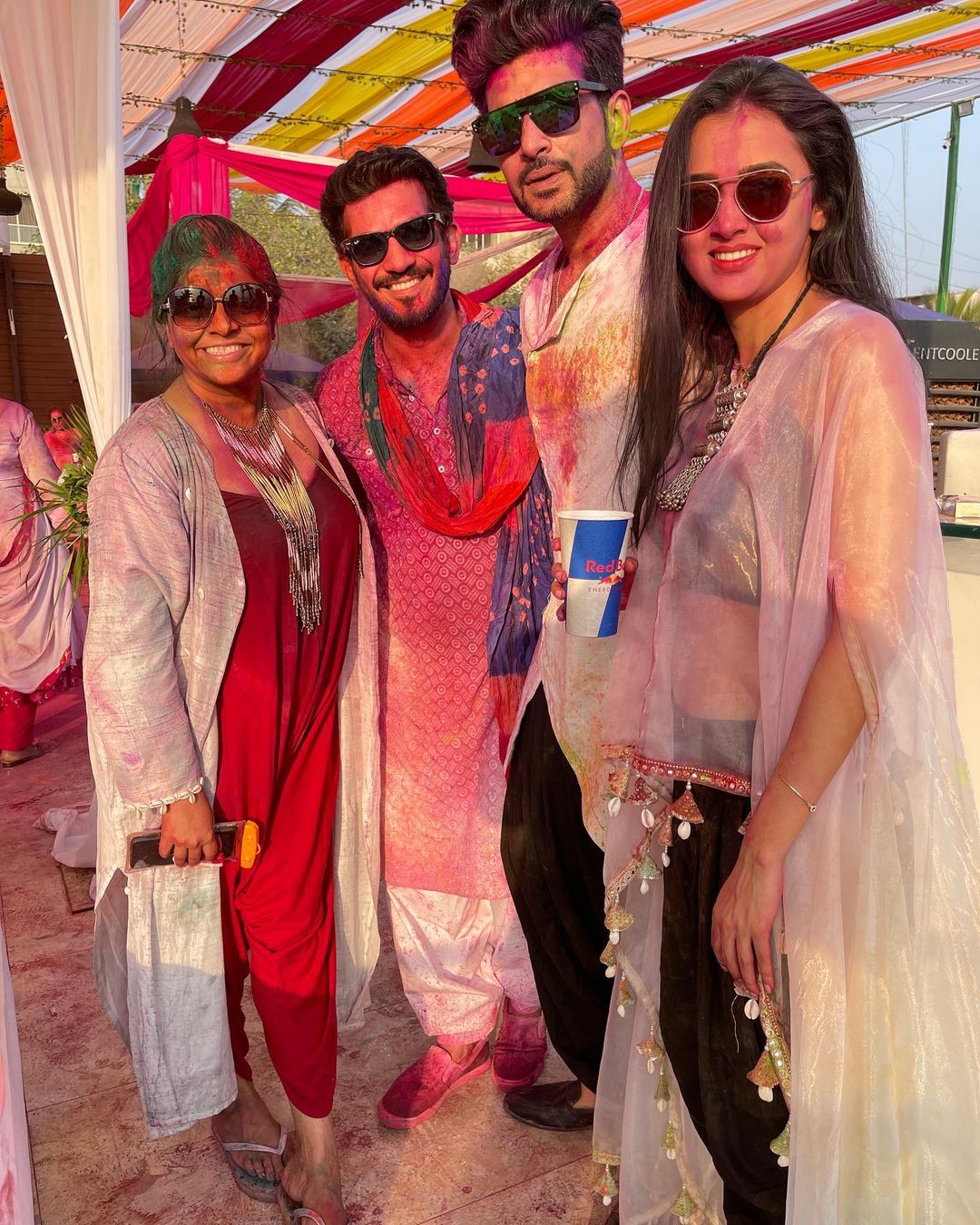 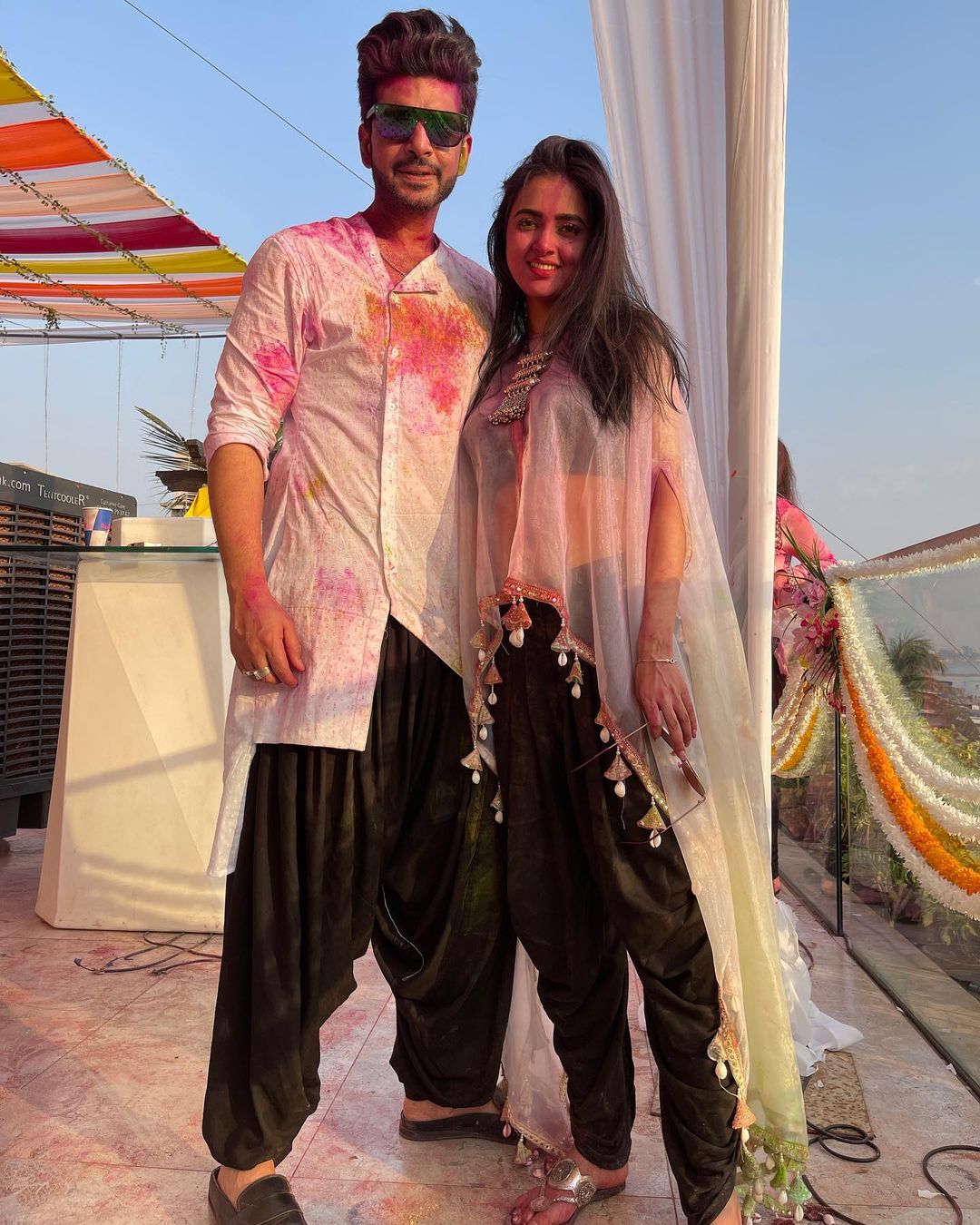 We cannot stop gushing over Tejasswi and Karan's cute banter. What about you? Let us know!

Next Read: Naseeruddin Shah's Son, Vivaan Regrets Not Listening To His Parents' Advice And Chasing Stardom