Kareena Kapoor Khan and Saif Ali Khan are on a family vacation in Jaisalmer with their kids, Jehangir Ali Khan and Taimur Ali Khan. Check out their pics with a fan!

Kareena Kapoor Khan and Saif Ali Khan always set the bar high for the couples as they treat their fans with mesmerising photos. Every now and then, the power couple flies to a new holiday destination with their sons, Taimur Ali Khan and Jehangir Ali Khan, and leave their fans to wonder where they might have headed to. And later, Kareena Kapoor Khan shares glimpses of their vacation from the exotic locations and her fans can't stop gushing over the adorable pictures.

However, a similar case happened this time around as well. Earlier this week, when Saif Ali Khan and Kareena Kapoor Khan had left Mumbai with their kids, Taimur Ali Khan and Jeh Ali Khan, their fans were left curious about their sudden trip. Later, the doting wife, Kareena, shared some photos from their trip on her social media handle and gave us a glimpse into her and Saif's family escape in the desert. And now, it has been confirmed that they are enjoying their trip in Jaisalmer as one of their fans has shared mesmerising pictures with them. 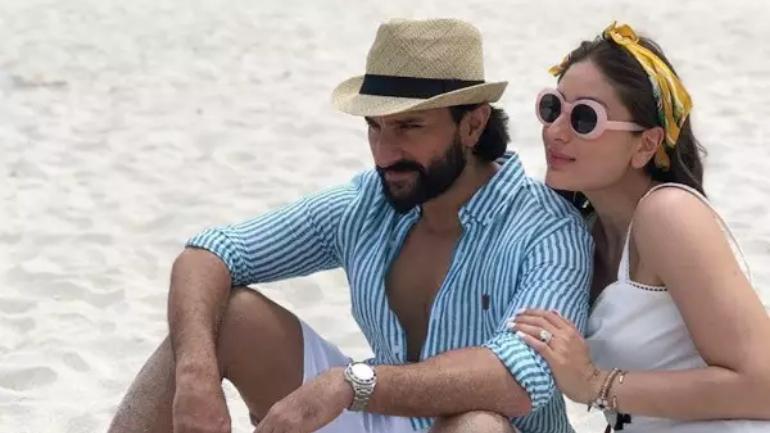 The new glimpses of Saif and Kareena's vacation are doing rounds on the internet, and the two looked elegant as ever. On October 29, 2021, a fan named Kartik Bhatiya took to his Instagram handle and shared photos with Saif Ali Khan and Kareena Kapoor Khan from a luxury resort, Suryagarh in Jaisalmer. In the photos, both Saif and Kareena obliged their fan and looked mesmerising as they posed with them. In one of the photos, Kareena looked gorgeous in a red top as she posed for a selfie. She completed her look with subtle makeup with her hair left open. In the other picture, Saif was decked up in a blue kurta as he posed with the fan amid his family vacay with Kareena, Taimur and Jeh.

Bollywood diva, Kareena Kapoor Khan never misses out on a workout. Be it a vacation or a chill day at home, Kareena always manages to remain fit. No wonder how the mommy of two has a toned physique and glowing skin. On October 28, 2021, Kareena had taken to her IG handle and had shared a selfie post her workout session in the desert. In the picture, she was seen dressed in a white sports bra. Atop it, she had written, "Desert run." While the actress had flown to the Maldives to celebrate her birthday, the Kapoor-Khan clan is once again enjoying another vacation. On October 26, 2021, the Pataudi family was clicked at the Kalina airport as they had geared up for their next destination. While Kareena Kapoor was dressed in a yellow t-shirt and blue denim, her husband, Saif Ali Khan, had looked cool in a blue shirt and white pants. Moreover, the actress had sported a lavish handbag and had tied her hair in a messy bun. 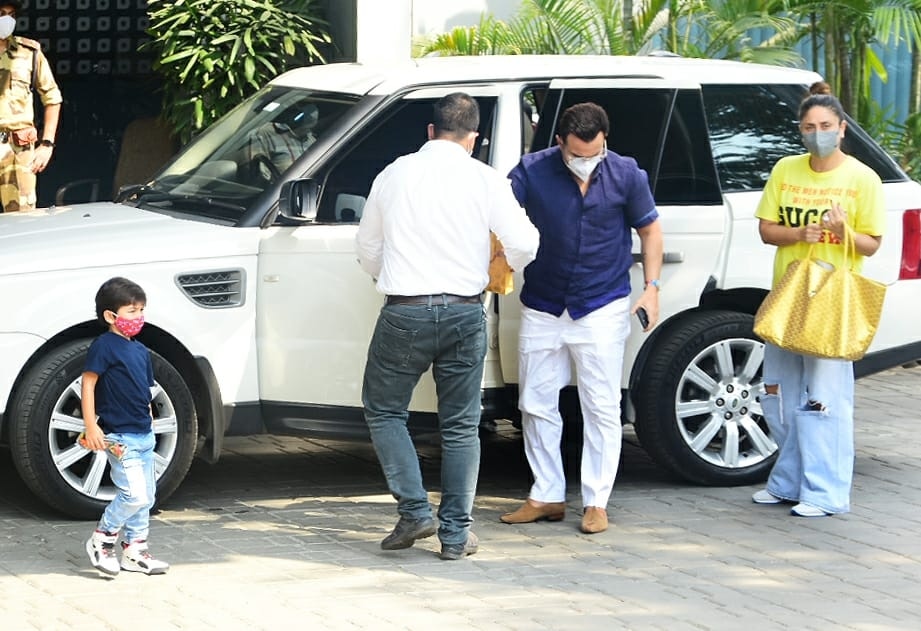 Looks like Kareena Kapoor Khan is in a holiday mood and is making the most of the festive season! 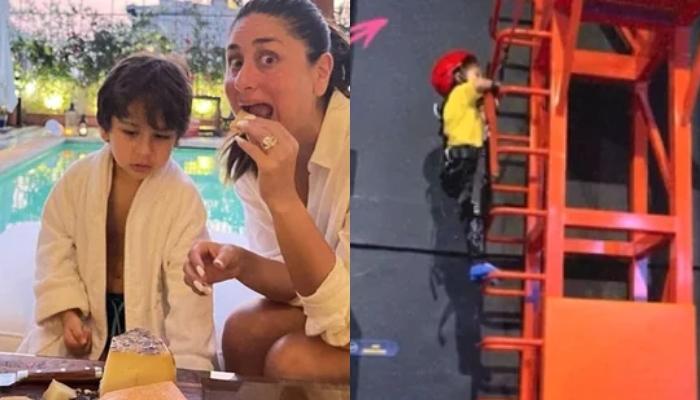 God can not be present everywhere, so he created mothers. A mother has a heart of gold, and she never hesitates to make sacrifices for her children. She is her child's biggest cheerleader and supports her little ones in all phases of their lives. A mommy always lauds her children on