Mommy-To-Be, Kareena Kapoor Khan Reveals How She Looks Glamorous In Her Baby Weight

Mommy-to-be, Kareena Kapoor Khan is enjoying every moment of her second pregnancy. Check out as the gorgeous mommy reveals how she is looking glamorous with all the baby weight!

For a woman, embracing motherhood is the biggest milestone. It changes her into a selfless being, who thinks about her little baby inside her tummy first and then about anything. She can manage hundreds of things all at once, just to be a perfect mommy for her little baby. But the nine-months of pregnancy phase is not at all an easy one. A woman's body goes through a lot of changes during the whole journey. However, staying fit during this phase is the most important thing for smooth delivery. And Bollywood actress, Kareena Kapoor Khan is enjoying every moment of her second pregnancy. (Recommend Read: K.G.F. Star, Yash And Radhika's Son, Yatharv's Unseen 'Mundan' Ceremony Photo With His Parents)

Kareena is making headlines just like the last time when she was pregnant with Taimur. Her every look becomes a trend for the mommies-to-be and she has been inspiring them with her 'oh-so-gorgeous' style. The year 2021 holds a lot of happiness for Kareena and she is not only going to welcome her second baby, but she is also going to shift to her new home. 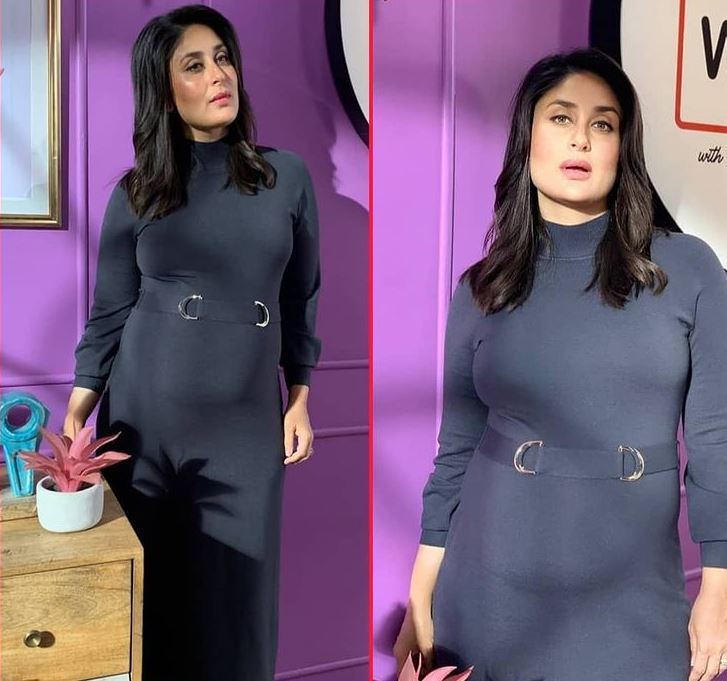 The entire nation is hooked to Kareena's feed as they don't even want to miss a single glimpse of her pregnancy phase and everyone is wondering how the gorgeousness is maintaining her glamorous self amidst the baby weight. On January 19, 2021, Kareena gave a 'Bebo' style answer to this question. She reposted an Instagram story of Freddy Birdy, who questioned her how she is managing to look glamorous amidst her pregnancy. On this Kareena, replied, "Because I'm P.H.A.T @freddy_birdy.. Don't you know?" Check it out below:

On January 16, 2021, Kareena had taken to her Instagram handle and had shared a beautiful glimpse of her new home. In the picture, we could see a beautiful door with Kareena's cute family pictures that were hanging on the wall adjacent to it. Alongside it, the actress had written, "Door to new beginnings." Kareena's sister-in-law, Soha had also commented on her bhabhi's post and had written, "Congratulations. Time to make new memories." (Also Read: Varun Dhawan Is All Set To Tie The Knot With Girlfriend Natasha Dalal On January 24, 2021 In Alibaug) Kareena's favourite interior designer, Darshini Shah, who had styled her new home, had shared the details of the actress' dream abode. The designer had revealed that their new place has a beautiful nursery for their second baby and an exclusive space for Taimur as he is growing up. Darshini had said, "Saif and Kareena's new house is an extension of sorts of the old one. They had become extremely comfortable with their house in Fortune Heights; they just didn't want to move out. So, the new house, which they should be moving into shortly, has a feel of the old pad but it also meets their new set of requirements with their second baby on the way. It has a beautiful new nursery for the baby, and Taimur’s own space as he's growing up." 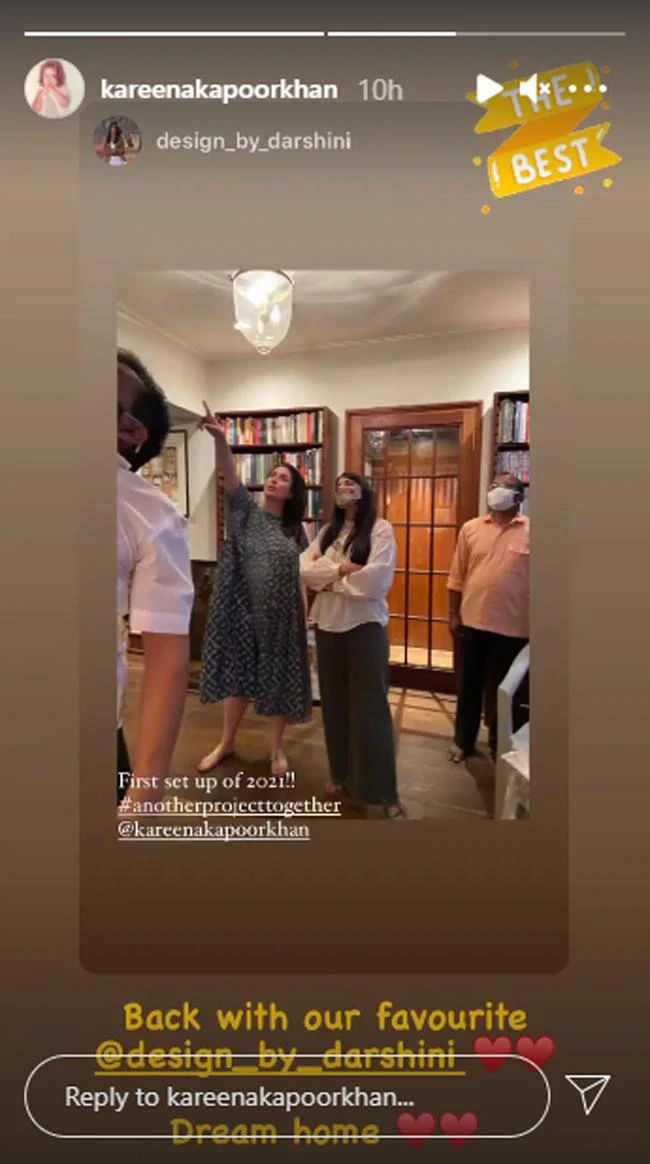 Coming back to Kareena's pregnancy, in an interview with Anupama Chopra, the actress had revealed that she doesn't want to put on extra weight as she did in her first pregnancy. Kareena had shared that she wants to stay healthy in her second pregnancy and had said, "Last time, I just took myself for granted and became huge. I put on 25 Kgs. I don't want to do that. I just want to be healthy and fit. I think the first time, it's just excitement. Everyone's like parathe khao, ghee khao, doodh piyo, besan ka laddoos are coming. And now, I'm like listen I have done it before, I know what my body requires. My doctor's like 'listen you are not eating for two, that is just a myth. Just be healthy and be safe.' And that is what I am trying to do." (Don't Miss: Kareena Kapoor Khan's Happiness Knows No Bounds In Candid Selfie With Her Little One Taimur Ali Khan)

Popular Bollywood actress, Kareena Kapoor Khan is often regarded as the queen of fashion and style in India as she has proved the mettle of her fashion quotient time and again, from her normal days to pregnancy days. The expecting actress breaks the internet with her every outfit and is