Alia Bhatt is in a relationship with Kareena Kapoor Khan's cousin, Ranbir Kapoor. Recently, Kareena shared what she feels about Alia being her sister-in-law after the wedding.

When it comes to marriage, it's not only two individuals getting married, the two families are married together and start a new phase. When a boy falls in love with a girl, he first shares it with his sister and takes her approval/opinion about their relationship. The bond between a brother and a sister is like that only. They might fight every time, but when it comes to their personal life, they become overprotective and want to make sure that their partner is compatible with them.

The love story of Alia Bhatt and Ranbir Kapoor is not hidden from anyone. The two had made their relationship public and Alia has been sharing solo pictures of her love, Ranbir on her Instagram handle with mushy captions. The couple is head-over-heels in love with each other and loves to spend some quality time with each other during vacations. Alia has always dreamt of dating Ranbir Kapoor and her mentor, Karan Johar had played cupid between the two. After making their relationship official, the two had walked hand in hand during the Filmfare and Alia had confessed her love for him on stage. Aww, how cute of Alia! (Recommended Read: Kamya Punjabi Shares The Story Behind Her Scars, Says She Is Braver Than What Had Caused Them)

Riddhima Kapoor's 40th Bash Was Attended By Ranbir, His GF, Alia And Sisters, Kareena And Karisma 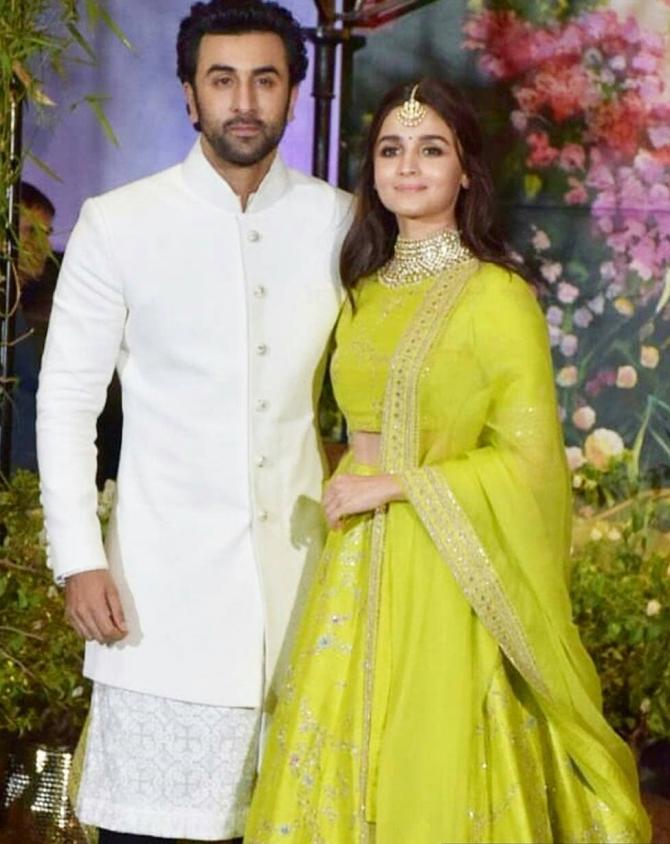 Recently, we spotted Kareena Kapoor Khan, Alia Bhatt and Karan Johar looking their best and gracing the red carpet at Jio MAMI Mumbai Film Festival, 2019. During the event, as reported by News 18, Alia couldn’t stop blushing and was barely able to dodge personal questions by Karan. Let us tell you the reason behind a blushing Alia. Karan asked Alia if she had ever imagined that there would be a day that Kareena might be her sister-in-law. And before Alia could answer the question it was her soon-to-be sister-in-law, Kareena who stated, “I’ll be the happiest girl in the world.” Alia tried to dodge the question and said, “Honestly, I never thought about it. Why do we think about it now also? We cross that bridge when we come to it.” Karan shared his happiness and said, “Whenever it has to happen, both Kareena and I will be exceptionally happy, and we’d be standing there with a thaali.” Karan Johar is very fond of Alia Bhatt and considers her as his daughter. Alia Had made her Bollywood debut with Karan Johar’s movie, Student Of The Year. And he was the one who had first made Alia speak to Ranbir. Recalling the same incident at Koffee with Karan, Alia had said, “I remember the first time I spoke to Ranbir. You (Karan Johar) called him up when Rockstar just released and you said, 'Here, talk to Ranbir. Tell him how much you love him'. And I spoke so much rubbish. I was just talking non-stop, and he was like, 'Yeah, that's very nice, Alia'." We love the bond that Alia shares with Karan. 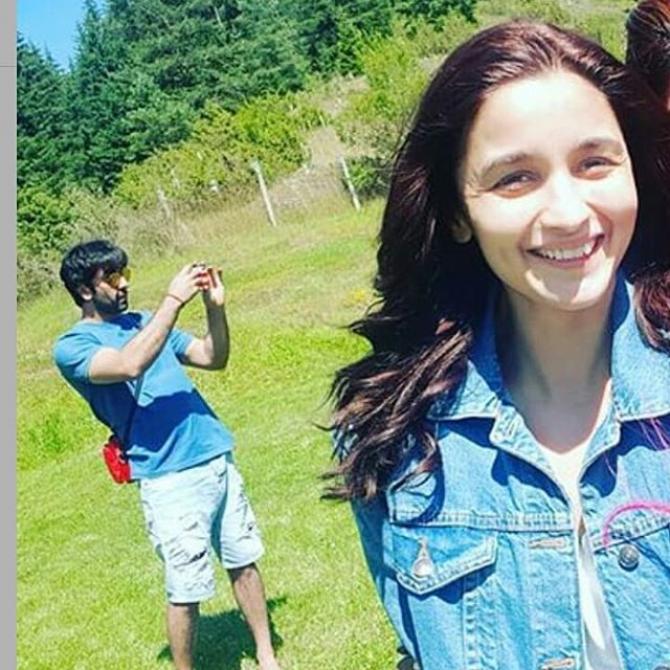 There were speculations that Ranbir Kapoor and Alia Bhatt will tie the knot by the end of 2019, however, due to Ranbir’ father, Rishi Kapoor’s health, their speculated wedding was postponed to 2020. As per a Mumbai Mirror report, Ranbir had apparently formally met his ladylove, Alia Bhatt’s father, Mahesh Bhatt to ask for his daughter’s hand for marriage. The report also had it that a few happy tears had apparently been shed when the same was happening. Well, we can’t wait for the madly-in-love couple top get married and bombard the internet with their pictures. Ranbir Kapoor is famous for being a difficult person when it comes to his relationships. Alia Bhatt in an interview had shared that he is a gem. Alia had stated, “He’s not difficult. He’s a gem. When I met him for the first time in my life. Again, let me tell you he’s not difficult. He’s a supremely simple person. He’s such a nice human being that I wish I was as good as him. As an actor, as a person, as everything. He’s way better a person than I am. And about getting married? Well, that’s the only thing that’s irritating right now. Every morning I wake up to the news that I’m getting married. I tell him what the hell. I guess he’s used to it.” (Suggested Read: Deepika Padukone Reveals The Difference Between Ranveer Singh and Ranbir Kapoor's Acting Style) 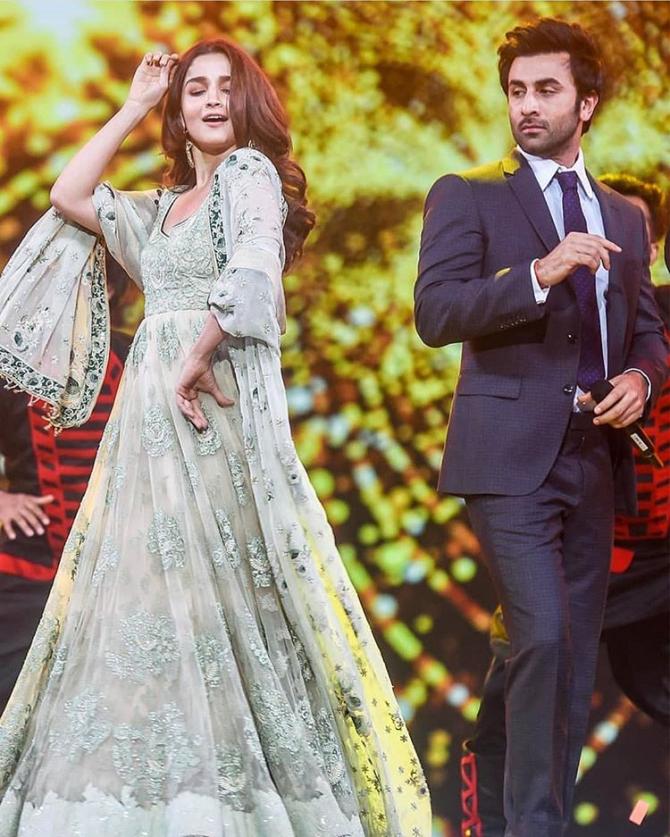 In an interview with BollywoodLife, Ranbir had talked about love and had stated, “I think every human being does extraordinary things only when they are in love. So I believe that love is something which is a privilege if it comes in your life and to be in a happy, beautiful positive place in a relationship with, it could be with a girl, a guy, with a friend, your mother, your father, or anybody but when there is some genuine love, it’s really beautiful.” In an interaction with Anupama Chopra, Sanju star, Ranbir Kapoor had defined love and had said, “Falling in love is the greatest thing in the world. When you fall in love, everything is great. Water tastes like sherbet and you seem like you are Uma Thurman. You feel great. Who doesn’t wanna be in love?” 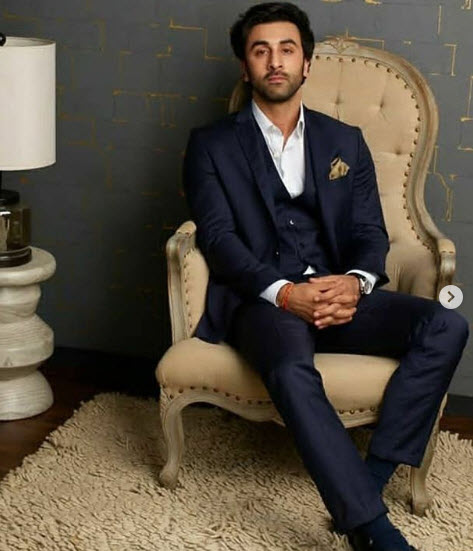 Kapoor khandaan bahus have given up their filmy careers after marriage. Will Alia Bhatt also have to follow the steps? A source had revealed, “Though other Kapoor bahus like Karisma-Kareena’s mom Babita and Rishi’s wife Neetu Singh gave up their careers after marriage, theirs was a voluntary decision. Alia will continue with her thriving career.” Alia too had spoken about career and marriage and had said, “I would never fear getting married thinking my career might end. I will settle down if I want to. One should be able to have a career, regardless of being married or not.” 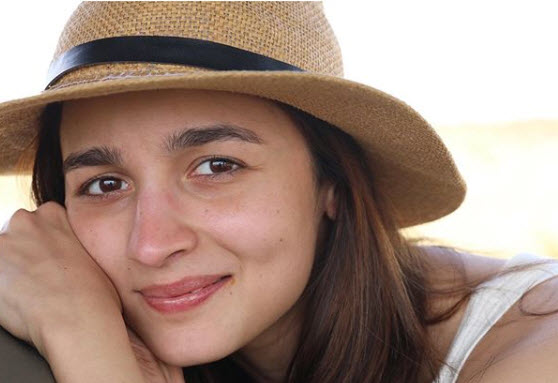 Ranbir and Alia will be sharing the screen space for the first time with Ayan Mukherjee’s much-awaited movie, Brahmastra, which will release in the year 2020. The Raazi actress was all praises for her beau in an interview and had said, “It’s been great working with him. It’s exactly how I imagined it to be. I’ve always thought that Ranbir is such an amazing actor. I’m at times shocked at how chilled out he is (laughs).” (Also Read: Kapil Sharma Hosts Wife Ginni Chatrath's Baby Shower, Mom-To-Be Radiates Pregnancy Glow In Pink Gown) 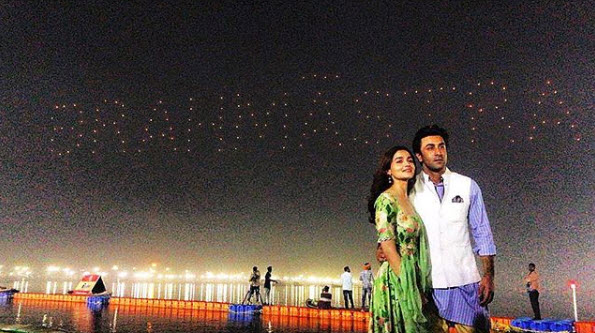 Well, we can't wait for Alia Bhatt to enter the Kapoor Khandaan. What do you think? 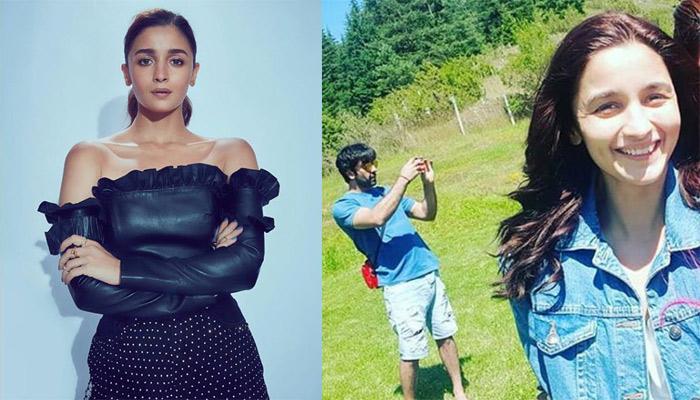 The life of B-town celebrities is full of speculations and rumours around their personal life. Paparazzi’s main focus has always been on celebs love life and the internet is bombarded with images and speculations of celebs outing and linkups. It becomes difficult for the public to find out which news