Kareena Kapoor Khan stepped out of her house, wearing a satin night suit but the cost of her golden bag has blown our minds.

We bet there won’t ever be an incident when in real life Kareena Kapoor Khan had to say, "Kaun Hai Yeh Jisne Dobara Mudkar Mujhe Nahi Dekha?" Her every look becomes the talk of the town, be it her maternity dress worth Rs. 5,000 or her Gucci T-shirt worth Rs. 50,000. Kareena and fashion sound synonyms to us as she knows how to make every outfit look ‘Fab’. While we think twice before stepping out in our night suits, Kareena Kapoor Khan made it look faboosh adding that luxurious arm candy of hers.

Kareena Kapoor Khan has a thing for bags and it cannot be denied. On July 2, 2021, Kareena was spotted outside her daddy, Randhir Kapoor's residence for a family puja, donning a pretty white anarkali suit. However, it was her tan Hermès Birkin bag, which had caught everyone’s attention. Her tan Hermes Birkin 25 Hand Bag Etoupe Togog was from their 2020 collection and it costs around $43,299, which converts to Rs. 32,36,000.

On November 29, 2021, Kareena Kapoor Khan was spotted in the city wearing a satin night suit for an outing. She was dressed in a black night suit with animal print over it and completed her look with white sneakers and a golden bag. Her bag caught everyone’s attention owing to its gorgeousness. Well, Kareena carried Goyard Saint Louis Gold Metallic GM Limited Edition 2021 Tote Bag for the outing and it costs $ 5,245 which converts to Rs. 3,93,322. 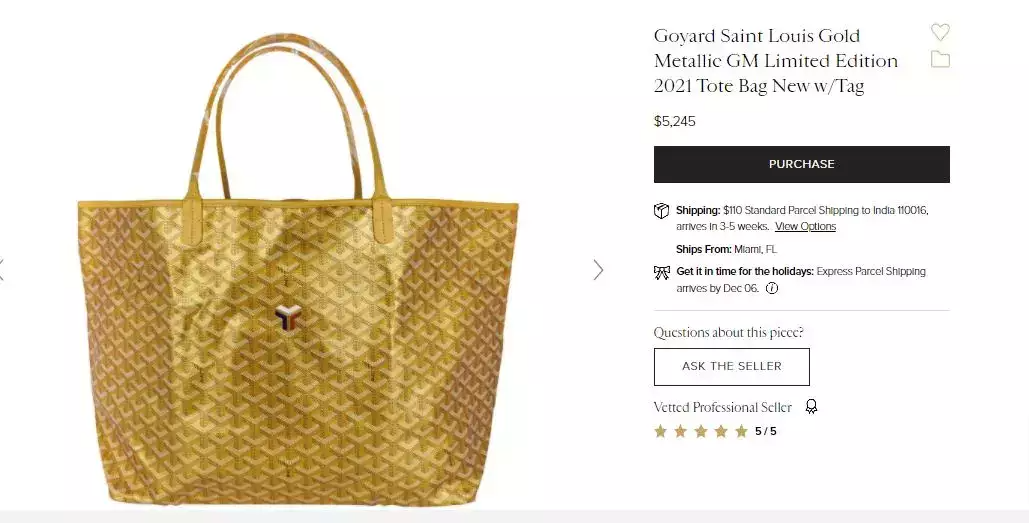 Shweta Tiwari Was 'Desperate' To Divorce Her Ex-Husband Raja Chaudhary, Recalled 'Been Through Hell'

Mouni Roy's Husband, Suraj Nambiar: Everything You Need To Know About This Dubai-Based Businessman

Talking about Kareena’s love for expensive bags, for BFF, Amrita Arora’s birthday, she had carried a bag which spoke all about luxury. She had opted for the designer, Rajdeep Ranawat’s Bagru silk kaftan, which was embellished with Swarovski crystals and beads on the edge. Well, her kaftan costs Rs. 24,000 and upgrading her look, she had picked an expensive bag. She had opted for a light orange padded cassette bag by Bottega Veneta that costs EUR 2,500, which converts to Rs. 2,20,968! Kareena had worn almost Rs. 3 lakh for her BFF, Amrita's birthday party, leaving everyone stunned! Salman Khan's Alleged Girlfriend, Iulia Vantur, Talks About Her Experience Being Under His Shadow

Dia Mirza Narrates Her Pregnancy Journey, Thanks Son, Avyaan For Choosing Her To Be His Mother

Ananya Panday Poses With Her Alleged Beau, Ishaan Khatter For A Cosy Selfie, Look Adorable Together

Mouni Roy's Past Linkups Before Tying The Knot With Suraj Nambiar: From Mohit Raina To Pulkit Samrat

Mouni Roy Shares Unseen Glimpses From Her Malayali Wedding With Suraj, It's All About Love

It was on January 12, 2020, when Kareena, her husband, Saif Ali Khan and their son, Taimur Ali Khan had returned to Mumbai. While Saif had opted for a pink shirt with a navy-blue sleeveless bomber jacket and black pants, Tim had looked cute in a blue T-shirt and jeans. Kareena had stolen the limelight in a black pantsuit and had matched it with beige boots and a tan-coloured bag. Her Birkin bag had stood out, which according to a Times Now report, costs $18,237 that roughly comes up to Rs. 12,94,626.

Well, Kareena Kapoor Khan holds many expensive possessions in her closet. In fact, she has almost six Hermes Birkin bags, and they all cost around Rs. 8-14 lakhs.

Kareena Kapoor Khan Repeats Her Outfit For Girls' Night Out With Karisma, Malaika And Amrita 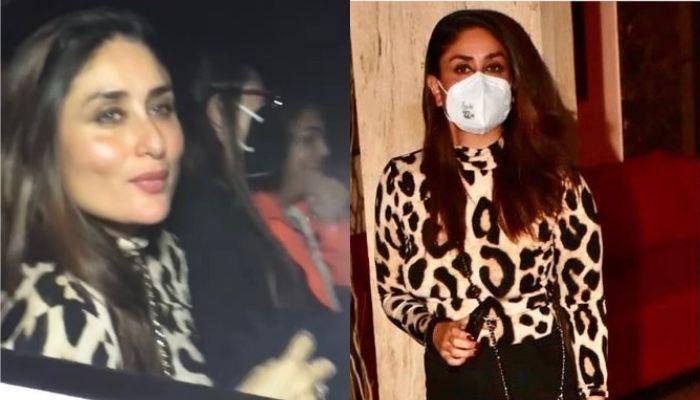 It is rare to find Kareena Kapoor Khan repeating her clothes as we all know that she oozes out luxury and can buy as many clothes as she wants. However, looks like Kareena Kapoor has taken the meme ‘I repeat my clothes because I have paid for them’ seriously as she repeated

Shweta Tiwari Was 'Desperate' To Divorce Her Ex-Husband Raja Chaudhary, Recalled 'Been Through Hell'

Mouni Roy's Husband, Suraj Nambiar: Everything You Need To Know About This Dubai-Based Businessman