Karisma Kapoor shared a candid picture with her sister, Kareena Kapoor Khan, clicked by Saif Ali Khan, and it gave an inside glimpse of their Fortune Heights home!

Karisma Kapoor and Kareena Kapoor’s bond is known by all. From shopping together to travelling together, sticking by each other’s side through thick and thin, and holding onto one another, Karisma and Kareena have been each other’s sisters-cum-best friends. And when Kareena Kapoor Khan’s better-half, Saif Ali Khan joined the sister duo, these three made for the best trio. Karisma often showers words of appreciation for Saif Ali Khan and he also never misses a chance to shower love on his sister-in-law. Karisma again praised Saif by sharing a picture and it gave a glimpse of his Fortune Heights home.

In May 2020, Saif Ali Khan and his family had celebrated the sacred festival of Eid. Saif had decided to treat his sister-in-law with a special delicacy. On her IG stories, Karisma had shared a picture of the yummy mutton biryani prepared by her darling jiju, Saif on the occasion of Eid. Along with the picture she had written, "Chef Saifu best mutton biryani ever!! insane lunch" atop it. Kareena had reposted the story on her Instagram handle and had added, "Eid Mubarak” atop it.

Kareena Kapoor And Saif Ali Khan Seal It With A Kiss On Her Birthday Bash, Check Pics And Video

Taimur Ali Khan Sticks Out Tongue While Strolling On London Streets, Is This His New Favourite Pose?

Kareena Kapoor Wishes Jehangir On 1st Birthday, Asks Him To Explore The World With 'Bhai' Taimur 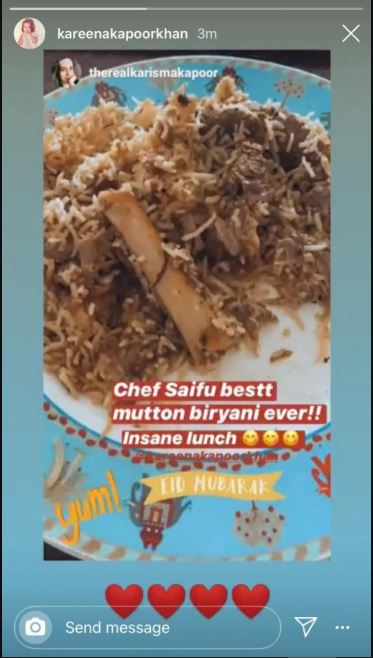 A few hours back, Karisma Kapoor again penned an appreciation note for her jiju, Saif Ali Khan as she shared a throwback picture on her IG handle. The picture gave a glimpse of Kareena and Saif’s Fortune Heights home as the sisters’ duo sat candidly at the workstation. In the sepia picture, the place can be seen filled with CDs, music instruments, telephone and other things. Karisma captioned the picture as “Thanks saifu for this wonderful memory, can’t wait to put it up love it #family #cherishedmoments #fortunenights #sistersarethebest.” 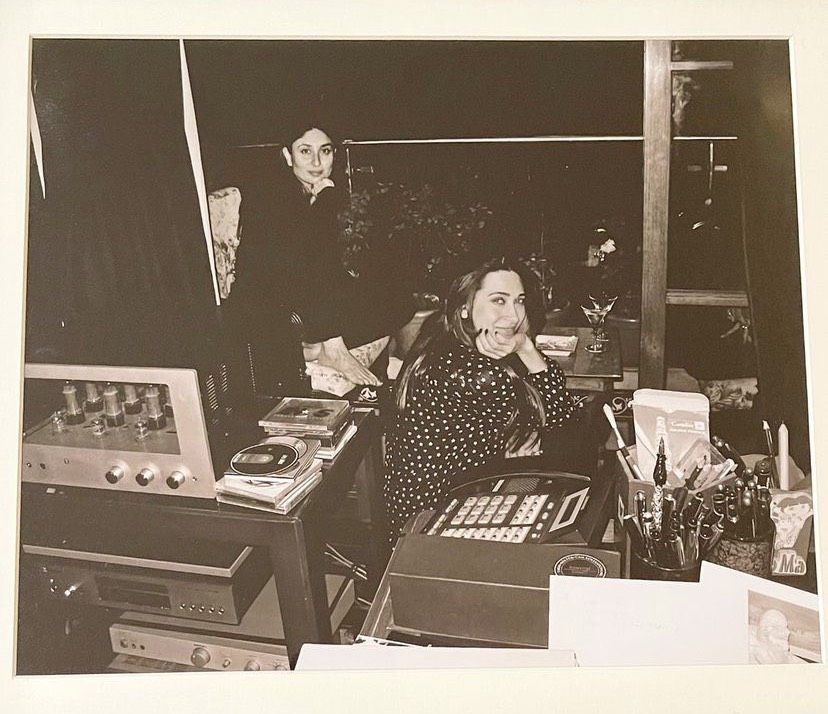 On May 18, 2020, Karisma Kapoor had sent a homemade cake to her baby sister, Kareena Kapoor Khan. Bebo had taken to her Instagram handle and had shared a couple of pictures while devouring her sister, Karisma's home-baked chocolate cake. Alongside it, she had written, "Devouring the best chocolate cake in the world made by the best sister in the world @therealkarismakapoor. And yes, that’s Mr. Khan being grumpy at the back... zoom in." 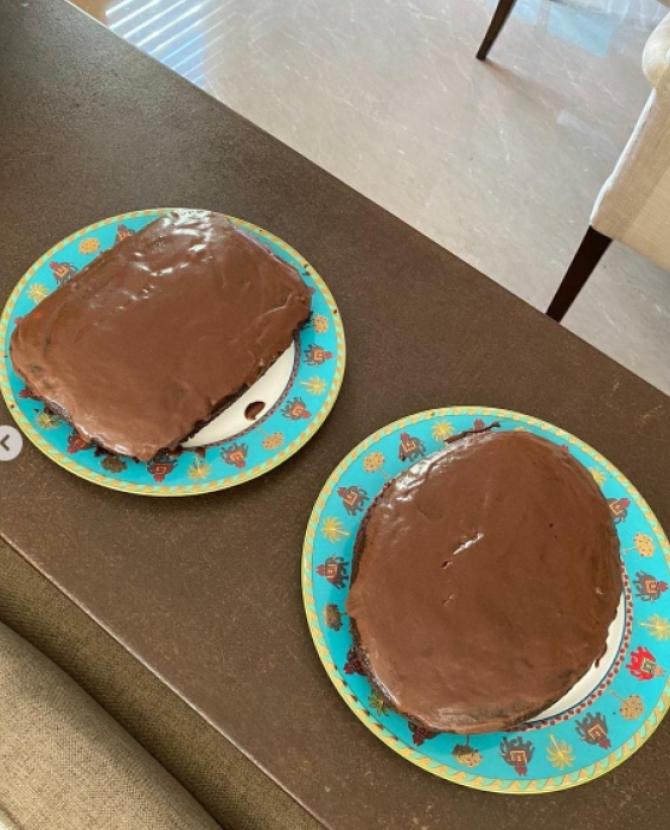 Karisma Kapoor had once graced the dance reality show, Dance India Dance to fill in the place of her sister, Kareena Kapoor Khan as she was shooting in London at that time.  In the picture, Karisma had looked amazing in a pink beaded Zara Umrigar gown. Sharing her first look as a guest judge, the Raja Hindustani star had written, “Filling in for my gorgeous sister as guest judge on @danceindiadance.official #danceiconspecial #dancekajungistaan #zeetv.” 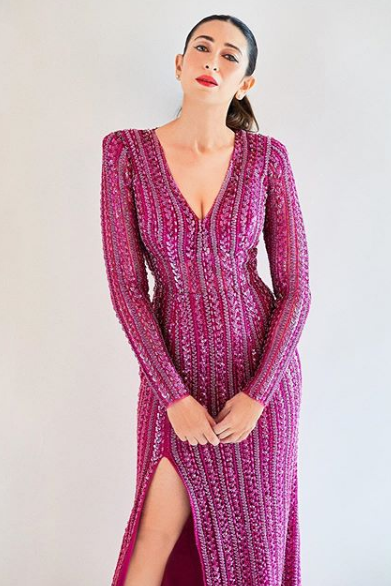 During the course of the dance reality show, Dance India Dance, Karisma Kapoor had shared that she has an amazing camaraderie with her sister, Kareena Kapoor Khan and jija, Saif Ali Khan. She had also revealed the gift bestowed by Saif to her during his wedding with Kareena. Karisma had shared, “Nawab sahib, in his nawabi style, gave me a beautiful gift, a pair of earrings that is a cherished possession even today.” Karisma was also all praises about Saif and had shared, “Saif is an amazing, super cool and chilled out person.” 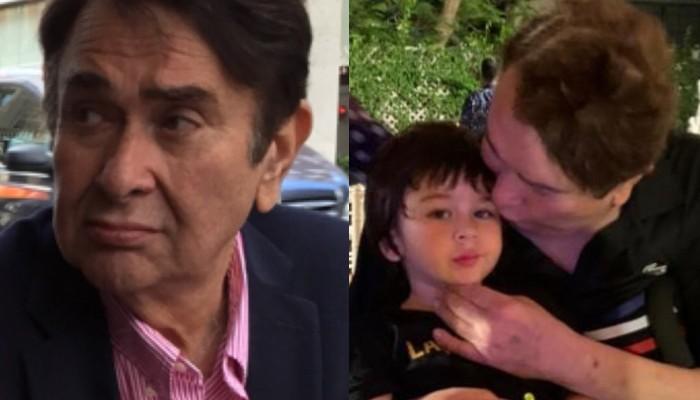 Grandparents love their grandchildren with all their hearts. And in Bollywood, there are numerous grandparents-grandchildren duos, who share a very warm bond with each other. Actor, Randhir Kapoor also shares a very close-knit bond with his grandchildren, Taimur Ali Khan and Jeh Ali Khan Pataudi, kids of Kareena Kapoor Khan

Kareena Kapoor And Saif Ali Khan Seal It With A Kiss On Her Birthday Bash, Check Pics And Video

Taimur Ali Khan Sticks Out Tongue While Strolling On London Streets, Is This His New Favourite Pose?