On February 13, 2022, Katrina Kaif and Vicky Kaushal were papped at the Mumbai airport as they returned from London to celebrate their first Valentine's Day post-marriage. Check it out!

Vicky Kaushal and Katrina Kaif have become one of the most loved couples in the tinsel town. The gorgeous couple has been making headlines ever since their dreamy wedding last year. It’s been two months since Katrina and Vicky's wedding, and we are still obsessed with their chemistry together. Vicky and Katrina will celebrate their first Valentine’s Day post-wedding, and we can't wait to get glimpses of the same. However, the adorable couple left us in awe of them as they were spotted walking hand-in-hand in twinning outfits.

On January 9, 2022, Vicky Kaushal had taken to his Instagram handle and had posted an unseen picture from their sangeet ceremony to mark one month of his married life with Katrina Kaif. We could see the couple dancing their heart out on the dance floor in the photo. Katrina had donned a pink-coloured lehenga and had accentuated her look with a choker, a nath and a maang teeka. On the other hand, Vicky had donned a blue-hued kurta. Alongside it, Vicky had written:

Sharvari Wagh Reacts To Her Dating Rumours With Sunny Kaushal, Talks About The Bond They Share On February 13, 2022, Katrina Kaif and Vicky Kaushal were spotted by the paps at the airport as they returned from London. The much-in-love couple looked gorgeous as they held hands and twinned in their casual and stylish denim airport looks. Katrina was dressed in a denim shirt, which she paired with a pair of jeans and light blue sneakers. She opted for a no-makeup look and styled her hair in a sleek high ponytail. On the other hand, Vicky opted for a white t-shirt and denim pants. He completed his look with a blue denim jacket and a pair of grey sneakers. The husband and wife had their masks up, taking all the COVID-19 precautions.

Pictures and videos from the same are doing rounds on the internet, and Vickat's (as fondly called by Vicky and Katrina's fans)fans are drooling over them. They flooded the comment section and heaped love on their favourite couple, and wrote adorable wishes. While one user wrote, "Perfect couple", another one took to the comment section to write, "My beautiful couple." Another netizen's comment can be read as "Honestly speaking they are looking perfect together Masha Allah." Meanwhile, another follower wrote, "Beautiful adorable couple." Check out the comments below:

On January 13, 2021, Katrina Kaif and Vicky Kaushal had celebrated their first Lohri together post-wedding. Katrina had taken to her IG stories and had posted a series of pictures. For the celebration, she had donned a beautiful red-hued suit with a black puffer jacket. She had styled her look with a golden jutti. On the other hand, Vicky was in his casual best. Vicky had also taken to his Instagram handle and had posted a picture from their first Lohri together, which was super special. Sharing a picture, Vicky had written: 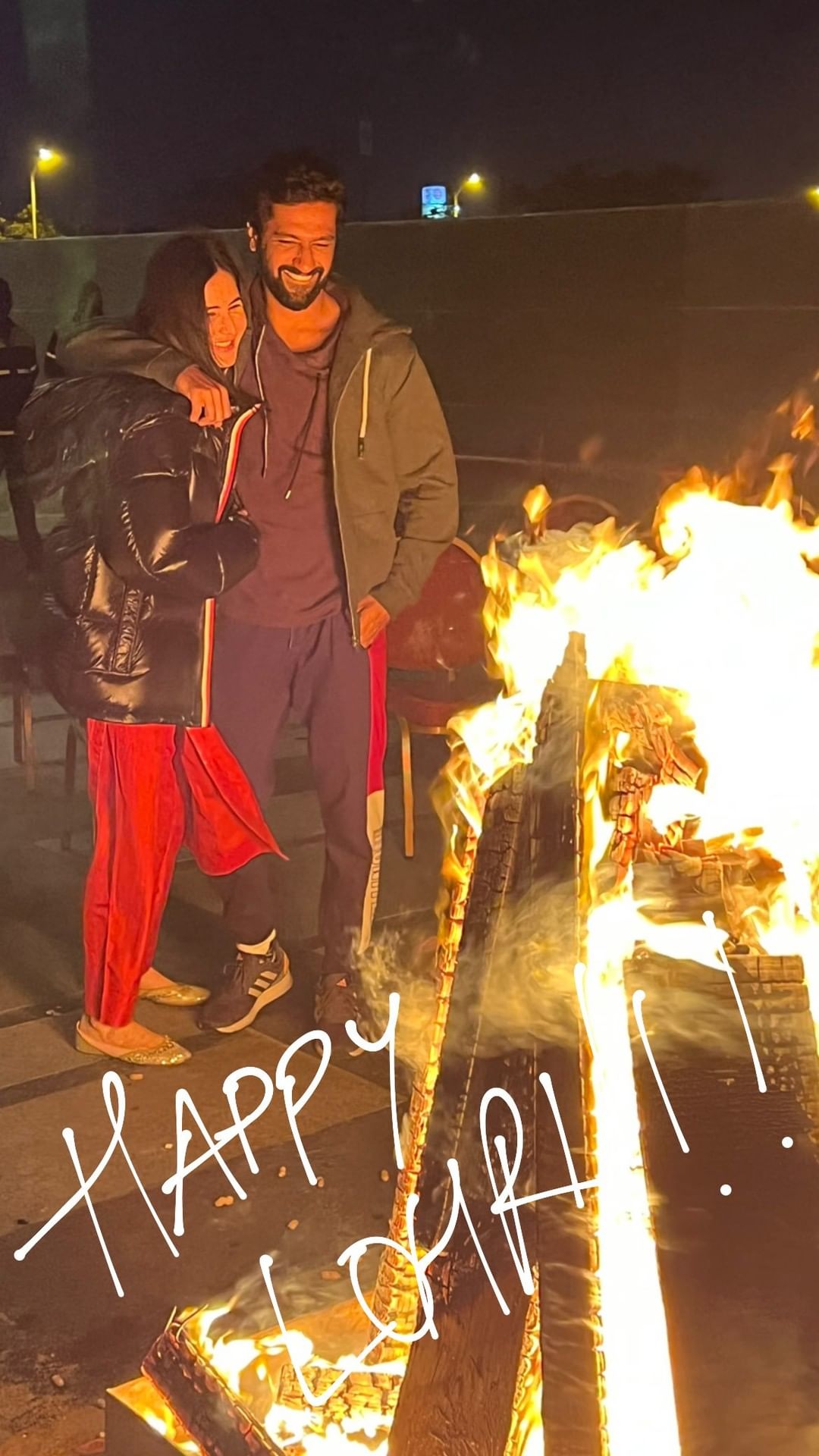 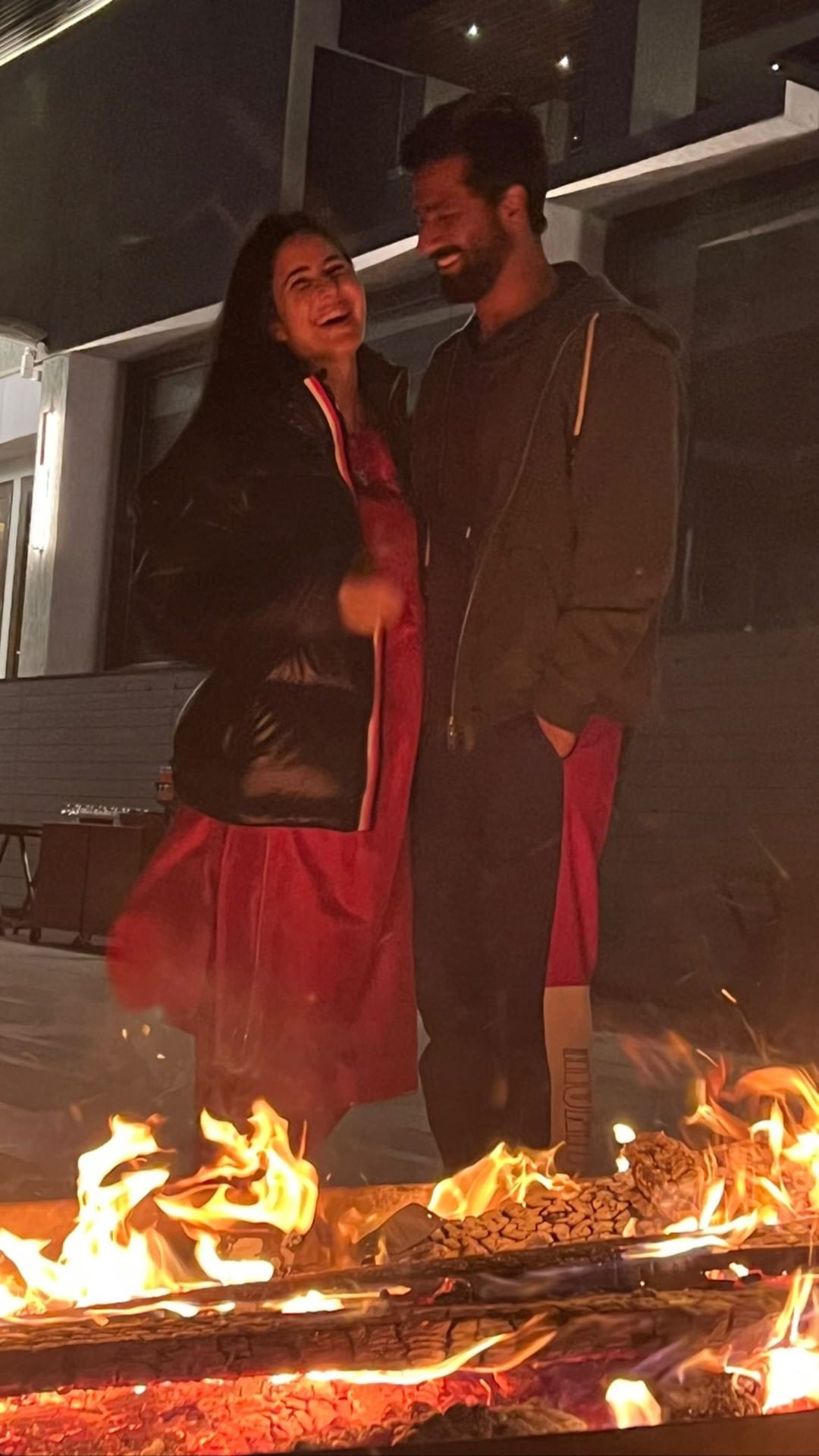 The day of love, Valentine’s Day, is here, and we are super excited to see what’s in store for the newlyweds, Vicky Kaushal and Katrina Kaif. Earlier, according to a report in India Today, it was stated that Vicky had some plans to make a sweet gesture for his wife and visit her in Delhi to celebrate their first Valentine’s Day after their wedding. The portal had quoted its source as: 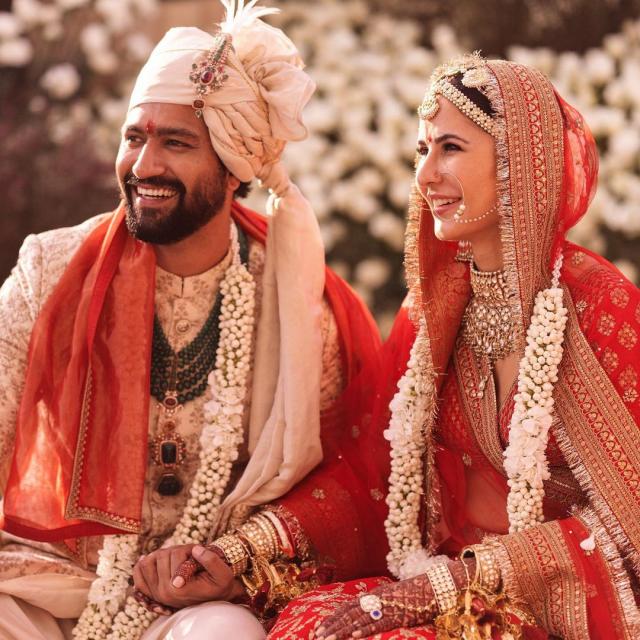 On the work front, Vicky was last seen in the film, Sardar Udham.

Next Read: Sanjeeda Sheikh Shares First Ever Picture With Her Daughter, Ayra Ali, After Getting Her Custody