Be it the rumours about her relationship with 'Bharat' co-star, Salman Khan or her 'Ajab Prem Ki Ghazab Kahani' with Ranbir Kapoor, Katrina Kaif had her own share of ups and downs in love life.

Katrina Kaif is a name that has ruled over many hearts for a long time. Not only her professional achievements, but her personal life too had made headlines quite often. Be it the rumours about her relationship with Maine Pyaar Kyun Kiya co-star, Salman Khan or her Ajab Prem Ki Ghazab Kahani with Kapoor khandaan ka chiraag, Ranbir Kapoor, Katrina had her own share of ups and downs in her love life. But it only made her stronger! (Also Read: Rocky Jaiswal's 'Superhero' Hina Khan's Sweet Gesture For Him Proves Love Is All About Little Things)

While breakups do make us feel depressed, emotional and hypersensitive to everything that reminds us of our ex or the relationship, Katrina Kaif has, time and again, proved that moving on is the best mantra to stay happy in life. It is no secret that her relationship with Ranbir Kapoor ended when #RanKat fans were waiting to hear the wedding bells ringing, and now they have let bygones be bygones. Katrina had been vocal about her breakup with Ranbir and how she dealt with the pain. In an interview with Mumbai Mirror, Katrina Kaif spoke about the life post her breakup with Ranbir Kapoor, how she dealt with it and learnt to protect her identity as a woman. Katrina said, “I had to break before I could proceed to rebuild myself. I had to unravel and feel everything that had happened... I had to take full responsibility for my part in the equation, what I could and should have done better... And accept that the parts that I was not responsible for were not my problem. One thought that helped me when I was at my lowest was something my mom told me, “So many girls and women go through the same thing, you feel you are alone, but you are not.” That thought was very comforting.” 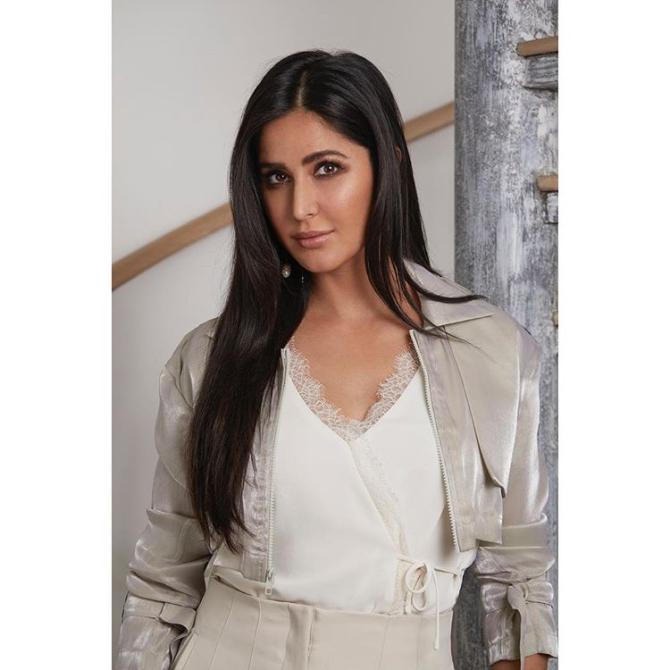 Talking about love and relationships, Katrina Kaif went on to say that it is beautiful to be in love but make sure that nobody else has the right to your identity. She shared, “I am not saying be guarded in love. No, love with all your heart. Being in a relationship is beautiful and I have a lot to give to a person. But I now know that nobody else gives you your identity.” When asked, “Has what happened changed you as a person?”, Katrina Kaif replied, “I’ve always been emotional. I’m a Cancerian and a sensitive soul. I’m not going to lose that or change that for anyone. But what I have learnt is that as a woman, you must protect and maintain your identity. Your sense of self-worth comes from within and not from another person. You come into this world alone. That’s something you should not lose sight of.” 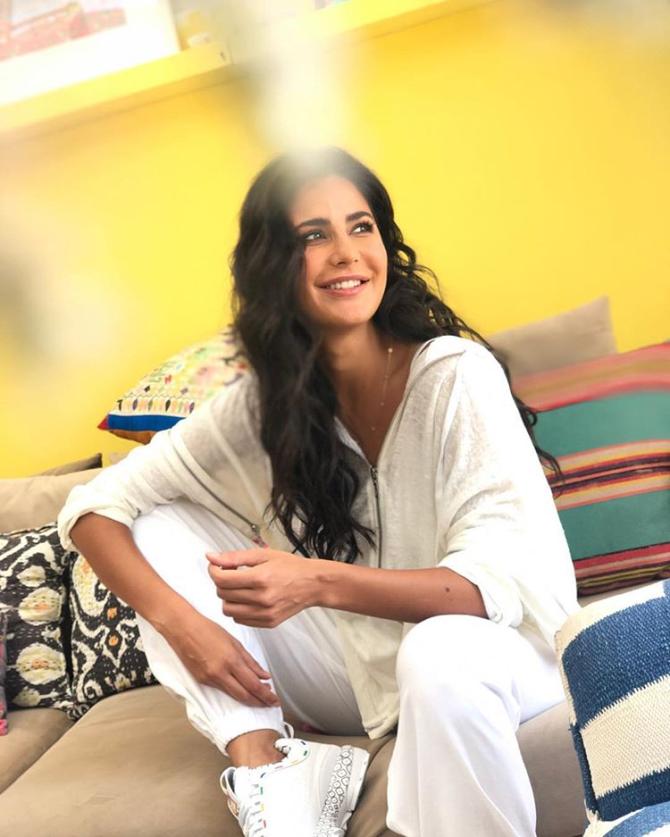 Speaking about the relationships in the millennial era, Katrina Kaif stated if it matters if a relationship works out or doesn’t, “No, it doesn’t. fifty per cent marriages end in divorce and that’s not a great track record. But that’s not to say that you should be prepared for the worst. Hope for the best and hopefully everything will happen for the best. But you must understand that your value, your self-worth cannot be dictated by how much attention and affection your partner gives you. The reins to that have to be in your hands.” (Also Read: Isha Ambani Piramal Makes Homemade Ice-Cream For Sis-In-Law, Radhika Merchant And Chopra Sisters) 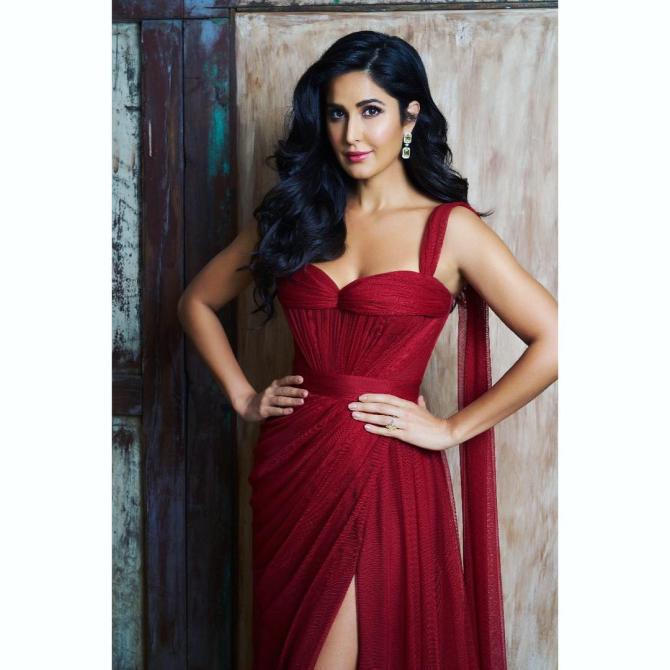 At the recently held 64th Filmfare Awards, the madly-in-love couples, Ranbir Kapoor-Alia Bhatt and Deepika Padukone-Ranveer Singh were all seated together and were hanging out like their past doesn’t matter to them. And soon they were joined by Ranbir’s ex, Katrina Kaif. Katrina happily greeted her ex, Ranbir and his girlfriend, Alia, who is also her ex-best friend. Rumours were rife that things are not fine between once-besties, Alia and Katrina as the former began dating latter’s ex, Ranbir. Speculations also suggested that Katrina and Ranbir also have a cold war going on between them. But after 64th Filmfare Awards, seems like those were just a mere hoax!

Opening up about the same, Katrina Kaif was quoted as saying, “I have a separate equation with Ranbir (Kapoor) and Alia (Bhatt) which I maintain regardless of anything else. They have their own place in my life and as individuals I have warmth and regard for both. When I meet them, I behaved the way I feel for them.”

Ranveer Singh had said in an interview earlier, that Katrina Kaif’s presence made his and Deepika Padukone’s wedding reception special. Commenting on the same, Katrina said, “Life can get a little heavy at times and holding on to grudges makes the burden heavier. If you can let go of the past, let it go. I have, because I want friends around me. I want happiness and positivity.” (Also Read: Katrina Kaif On Rapport With Ex Ranbir Kapoor, Alia Bhatt, Deepika Padukone: No Point Holding Grudge) 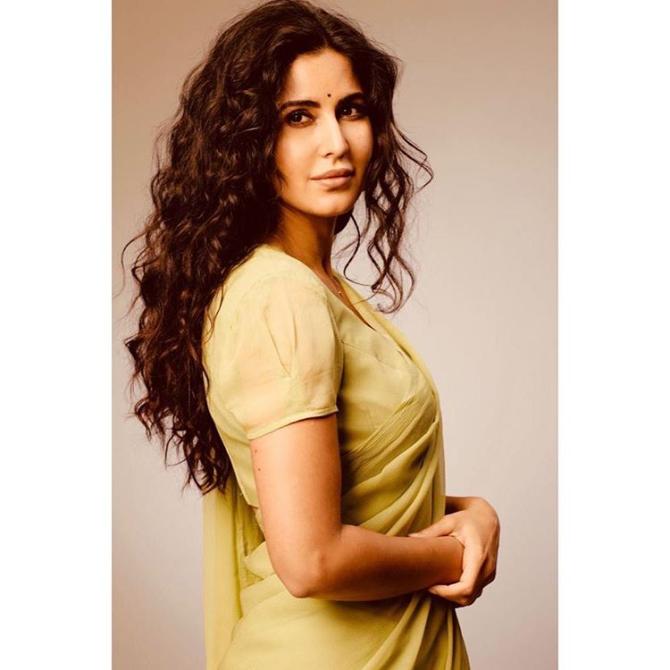 On the work front, Katrina Kaif will next be seen in Ali Abbas Zafar’s Bharat opposite Salman Khan, Disha Patani, Jackie Shroff, Tabu and Sunil Grover. 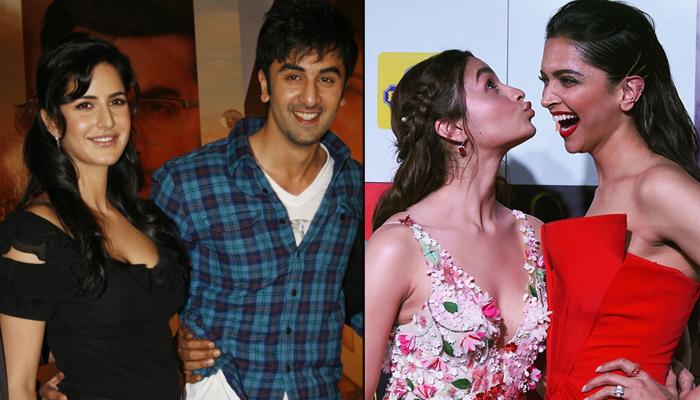 2018 was indeed a year of new friendships and relationships in B-town. At a place where everything’s uncertain, from who’s going to be best of friends forever, will their ‘truly-deeply-madly’ love continue till eternity to hating exes, the Tinseltown is difficult for aam janta to apprehend. While we try and avoid