Actress, Kishwer Merchantt took to her Instagram stories to give a sneak-peek into her maternity shoot and mom-to-be-soon beamed with excitement. Pictures inside!

Bigg Boss 9 contestant, Kishwer Merchantt is going to embrace one of the most beautiful phases of a woman's life i.e. motherhood, anytime soon. The actress is pretty active on her social media handles and often treats her fans with glimpses of her pregnancy journey. She had found the love of her life in Suyyash Rai while shooting for the television show, Pyaar Ki Yeh Ek Kahani.

After tying the knot with Suyyash Rai in 2016, Kishwer and Suyyash had announced their pregnancy in March 2021. Sharing a picture from the sea beach, Kishwer had written, "You can now stop asking "when are you guys gonna have a baby" Coming Soon .. #august2021 #sukishkababy." On the other hand, Suyyash and shared the same picture and had written, "Mai tere bacche ka baap banne wala hun @kishwermerchantt! Coming this August."

Kishwer Merchantt Shares A Glimpse Of Her 'New Found Love', While Putting Son, Nirvair To Sleep 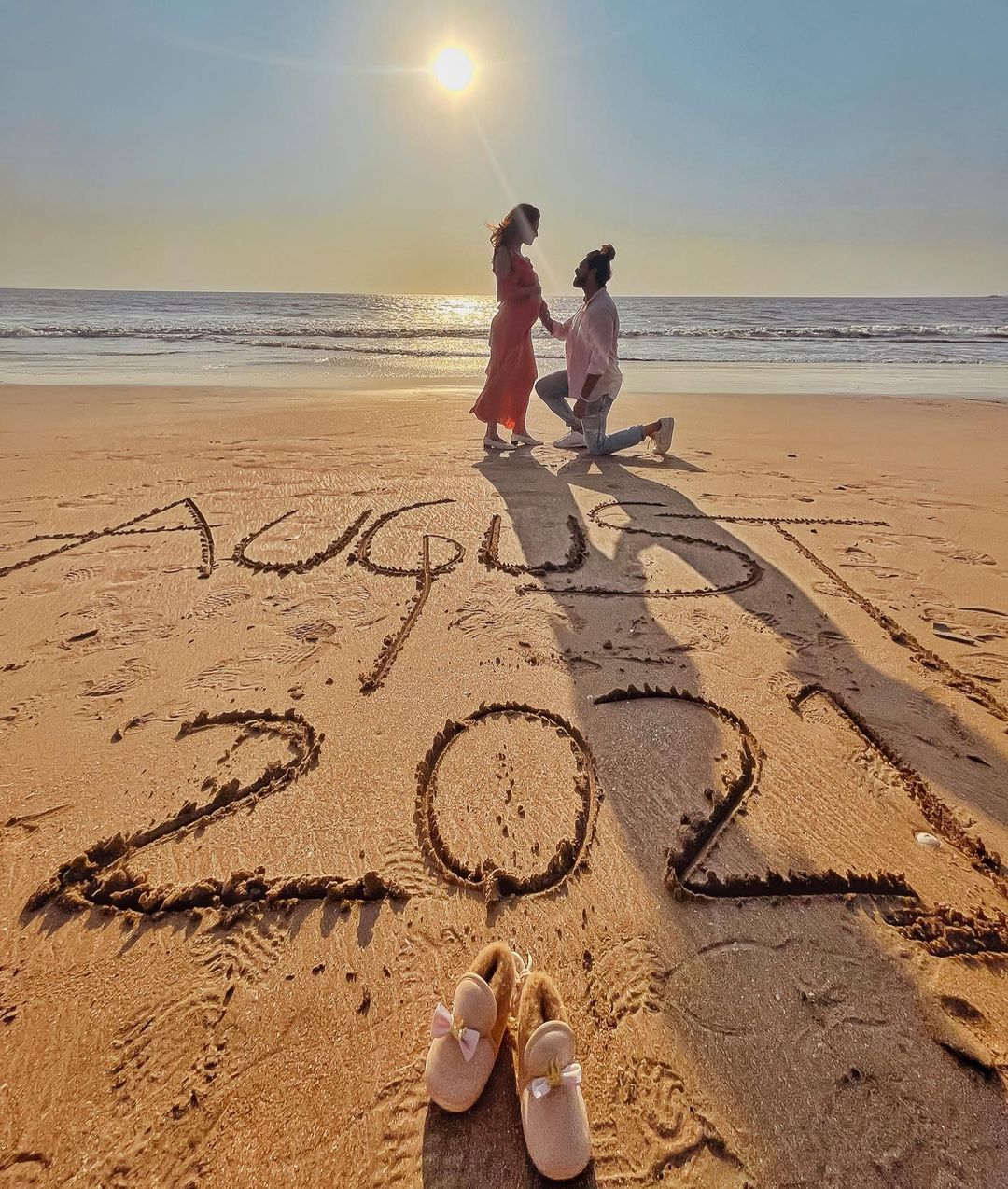 On August 10, 2021, Kishwer Merchantt had taken to her Instagram stories to share her excitement about something that was coming her way. In one Boomerang video, she wrote, "Guess why I am happy?" Another Boomerang video on her IG stories featured her packing her bags for something special. Atop the video, she wrote, "Guess what we are packing for?" It was in another story where Kishwer revealed that all her excitement was for her maternity photoshoot. She also shared that she has to get admitted to the hospital by the end of this month. A few hours back, Kishwer reposted a Boomerang video from the maternity photoshoot, that was shared by her photographer, Ruchita Jain. Atop it, she wrote, "Super excited." 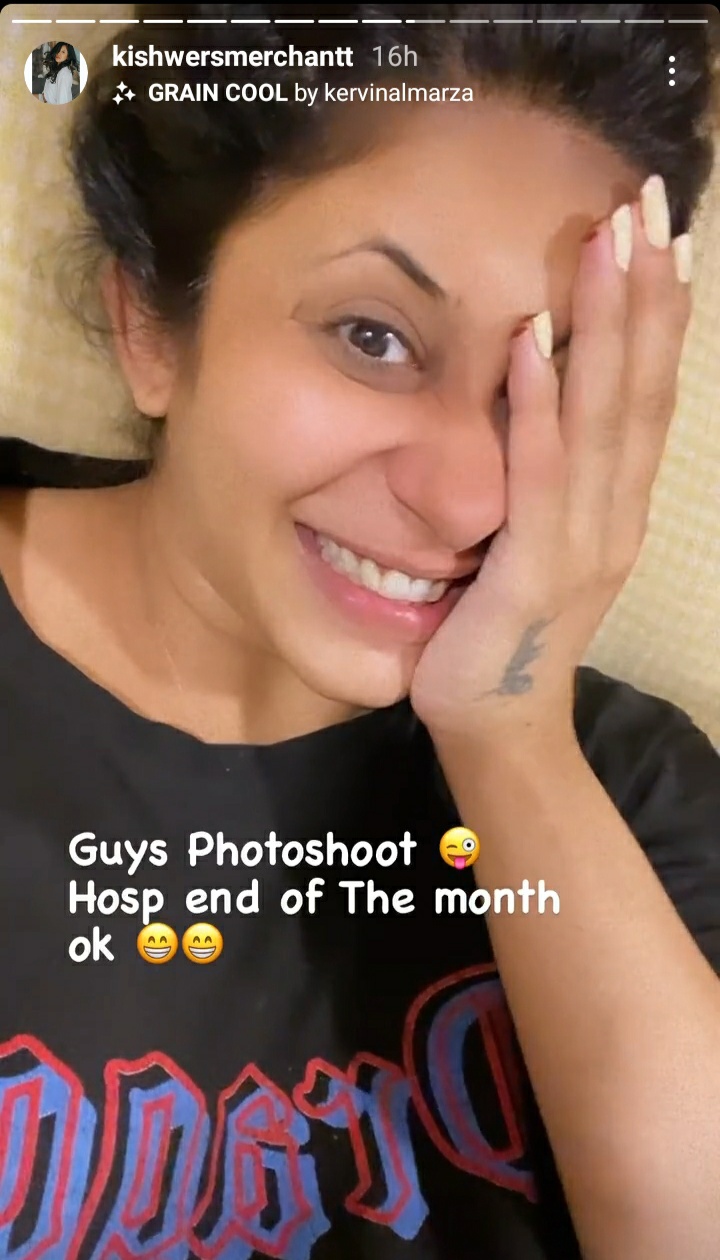 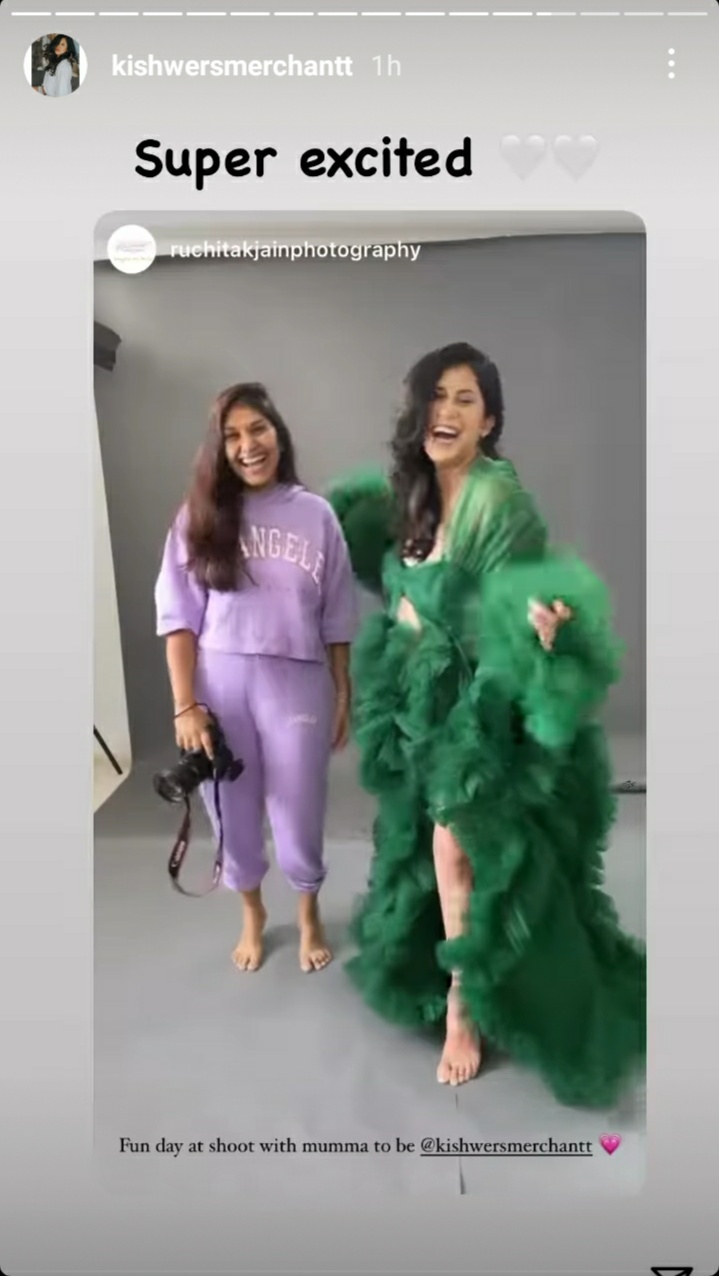 In another IG story, Kishwer Merchantt shared a glimpse from the maternity photoshoot and she was seen caressing her baby bump in a black one-piece dress. On the other hand, another picture featured her and her husband, Suyyash Rai posing for the camera in colour coordinated black outfits. 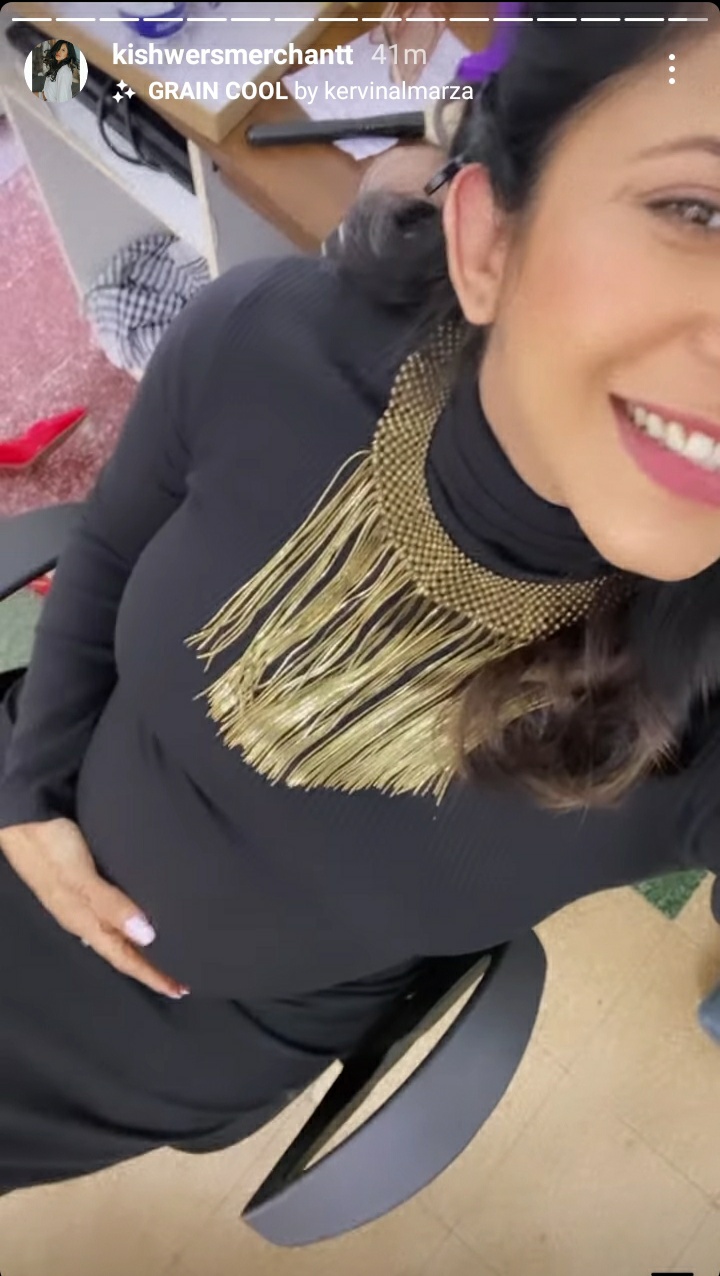 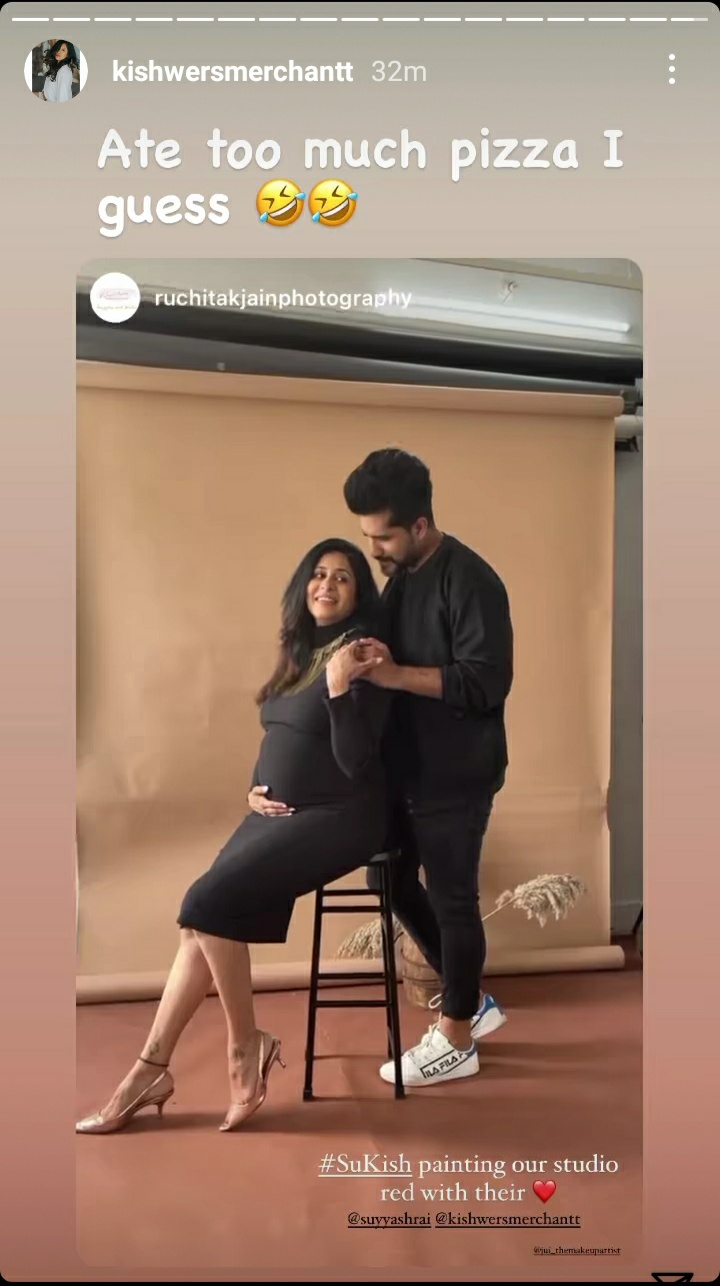 On June 27, 2021, Kishwer Merchantt had taken to her IG handle to share a serene picture from her baby shower ceremony. Though due to the pandemic, the celebrations were kept low-key, the soon-to-be-mommy had enjoyed every moment of her godh bharai. Posting a picture from the ceremony, she had written, "The Most Beautiful Day of my Life Tell me Girl or Boy? What do you think?" 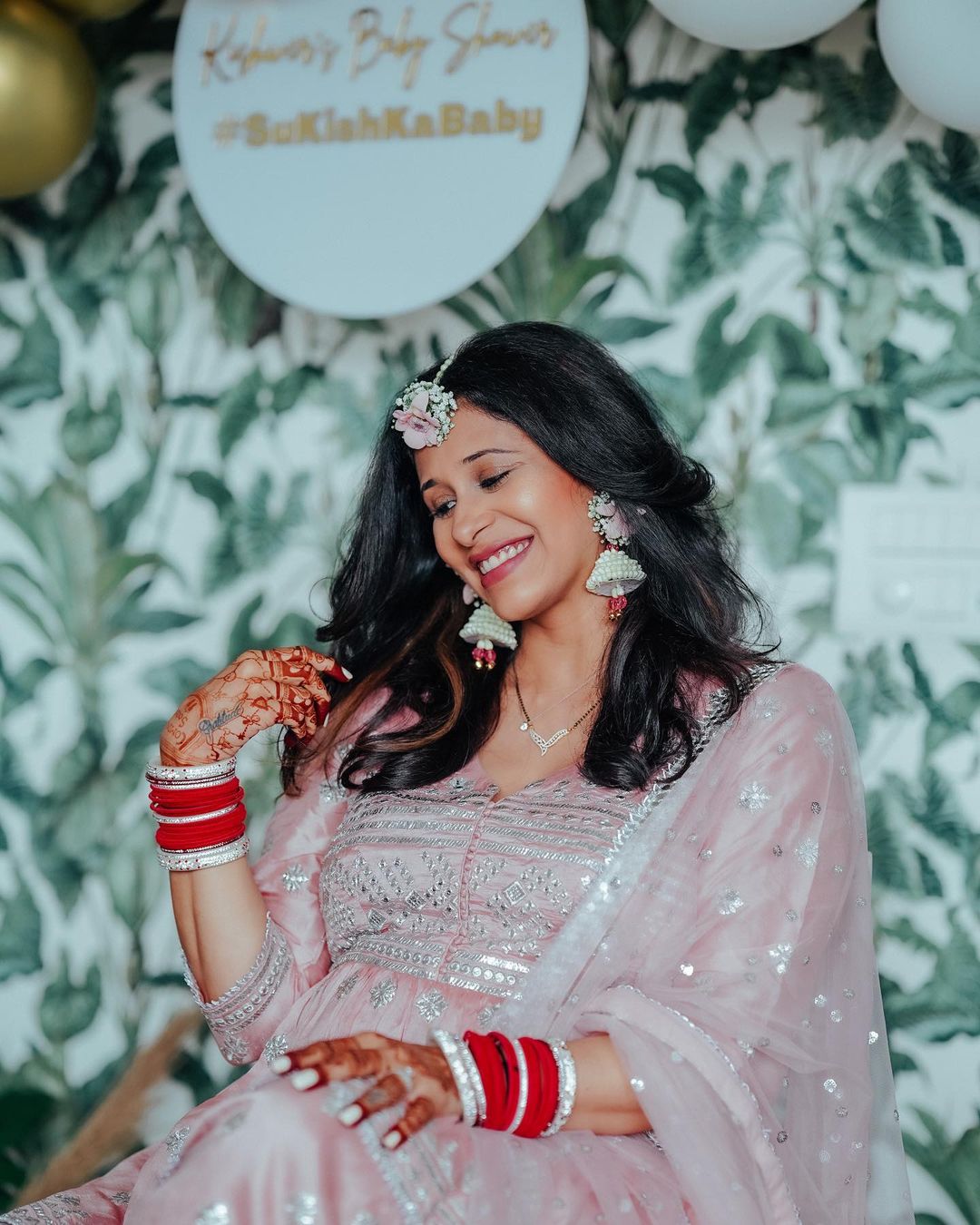 Kishwer had also shared the invitation card of her baby shower with her fans on her social media account. While the card had featured Suyyash and Kishwer's pooches, the date and time of the ceremony and dress code were mentioned as well. Sharing the picture, she had written, "This was our baby shower invite, For the limited family and friends we could call #sukishkababy." 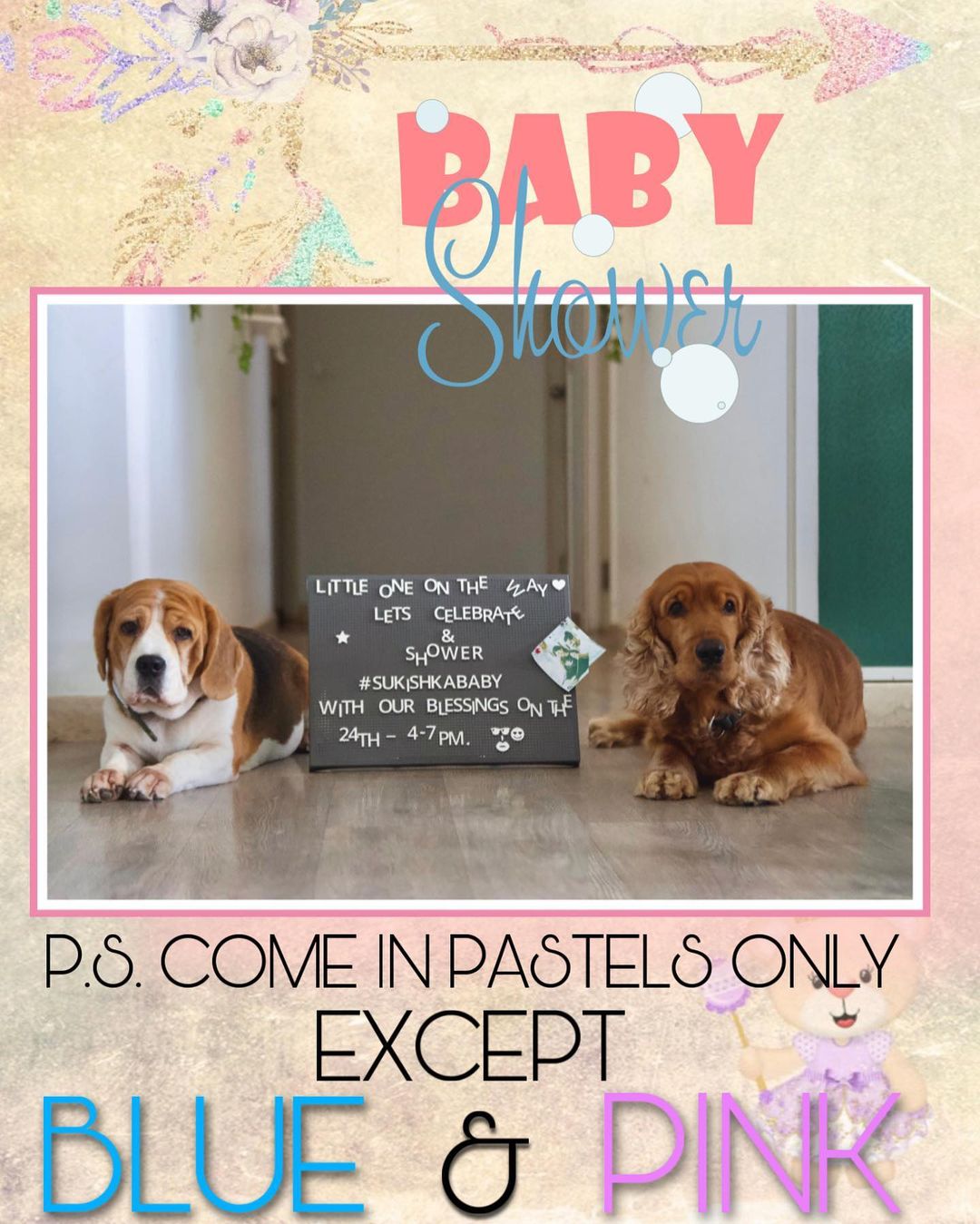