Krishna Bhatt Says She Forced Fiance, Vedant To Go Down On Knees, Reveals When They Will Get Married

Vikram Bhatt's daughter, Krishna Bhatt opened up about her marriage plans with her fiance, Vedant Sarna and also shared how they fell in love.

Indian filmmaker, Vikram Bhatt and his ex-wife, Aditi Bhatt's daughter, Krishna Bhatt got engaged to the man of her dreams, Vedant Sarna on December 4, 2022. Soon after the intimate event, Krishna had announced her romantic union with Vedant by sharing glimpses from the ceremony with her massive fanbase. Now, in an interview, Krishna opened up about her plans for their wedding and also revealed anecdotes from their love story.

In an interview with the Hindustan Times, Krishna Bhatt shared how she had pressured her beau, Vedant to go down on his knee and propose to her with the ring. Revealing how she was brimming with happiness after Vedant did what she expected, she mentioned that it was a nostalgic moment for her. She said:

Prateik Babbar And His FiancÃ©e, Sanya Sagar's Goofy And Mushy Pictures Are All About Romance

Rubina Dilaik Gets Engaged To Boyfriend Abhinav Shukla, Flaunts Her Ring In Style

After A Broken Engagement With An Actor, Ekta Kaul Is Probably Tying The Knot With This Guy

“We did a tilak ceremony. I just wanted his ring on my finger, so we exchanged rings as well. I told him, you need to go down on one knee. My face was stuck with a smile and the grin wasn’t getting wiped off my face. I’m so happy to spend the rest of my life with my soulmate. It’s like I’m living my dream.” 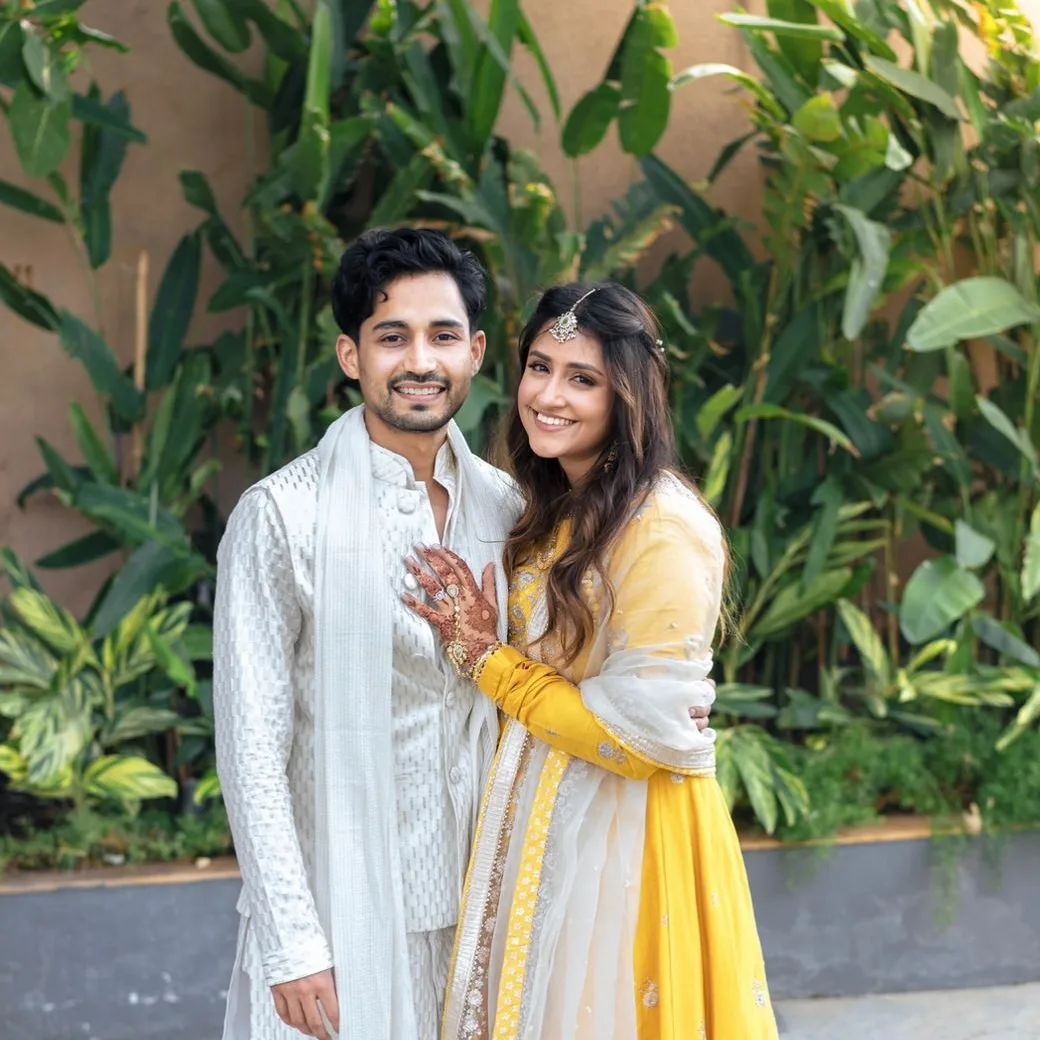 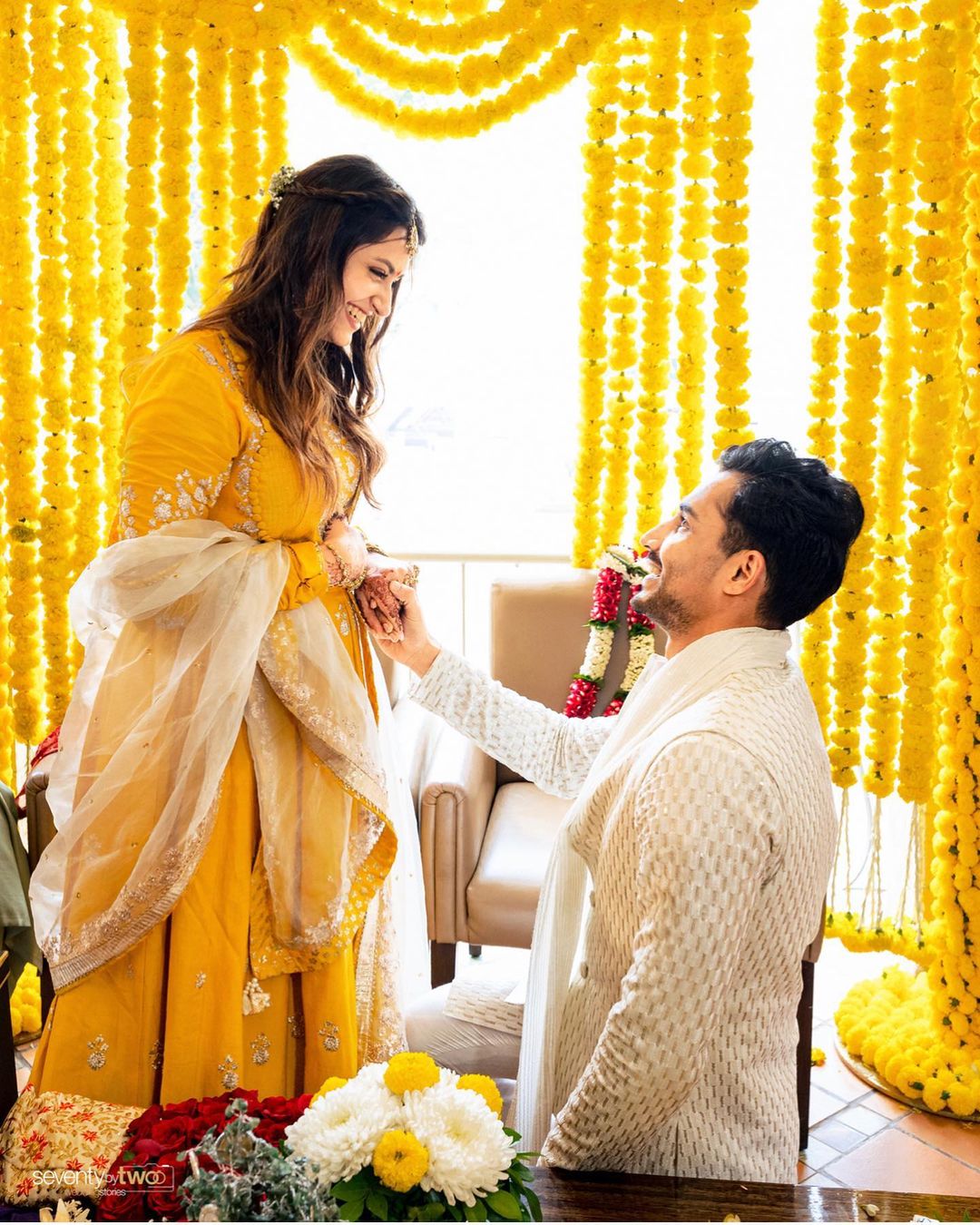 In the same conversation, Krishna was asked about her marriage plans. To this, the gorgeousness revealed that they are setting up the dates for the following summer. She also talked about their love at first sight and how Vedant's homecoming to Bombay may have been meant for her. She added:

“We are planning a Summer wedding. We are yet to get the dates. It is a very chat mangni pat byaah for us. We met through a friend, exactly six months back (April 2022). We never expected, (but) we fell in love the day we met. In the first meeting we knew we were each other’s soulmates. By the first week we told our families. It’s like he came to Bombay for me." “Dad started crying the day before my engagement. One minute he was walking the next he had tears in his eyes. He was like, ‘My baby’s getting married’.” Indeed, Vikram was super emotional on Krishna's engagement day and revealing the same, he had penned a beautiful note dedicating her. It was on December 5, 2022, when Vikram had taken to his IG handle and shared a series of pictures from his daughter's engagement ceremony. In one of the pictures, Vikram was seen hugging Krishna, and they both were staring at her fiance, Vedant, who was also looking at them. It was indeed an unmissable moment, and alongside it, Vikram had penned a cute note which could be relatable to all fathers. Check out: On the work front, while Krishna is an actor, director and producer, her fiance, Vedant is the co-founder of one of the popular Holiday planners, Wtfares.com.

Next Read: Ranveer Singh Talks About Bonding With Wife, Deepika Padukone, Says 'We Have Both Connected...'

Prateik Babbar And His FiancÃ©e, Sanya Sagar's Goofy And Mushy Pictures Are All About Romance

Rubina Dilaik Gets Engaged To Boyfriend Abhinav Shukla, Flaunts Her Ring In Style