Gauahar Khan announced her December wedding with beau, Zaid Darbar with an official statement and her ex, Kushal Tandon, in an interview, reacted on the same. 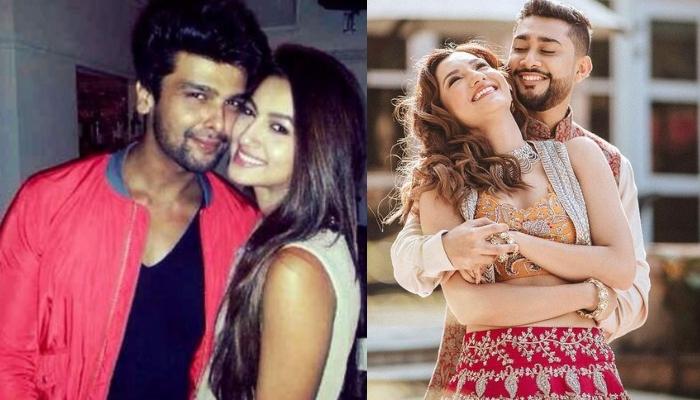 A broken relationship hurts for long! From being boyfriend-girlfriend to strangers, the downhill from the peak of the relationship makes you feel vulnerable. Though with time, you heal and understand that not all relationships are meant to be forever. Some couples give their relationship a second chance but not as girlfriend-boyfriend, as friends and have defied the norms that exes can’t be friends. The former ‘IT’ couple of the Bigg Boss house, Gauahar Khan and Kushal Tandon have let bygones be bygones and are proving how one can be friends with their ex. (Also Read: Anushka Sharma Nails A Headstand During Pregnancy With Help Of Her 'Very Able Husband', Virat Kohli)

It was during the ninth season of the most controversial reality show, Bigg Boss, when Gauahar Khan and Kushal Tandon had fallen in love with each other and their dramatic relationship had made the headlines back then. Gauahar and Kushal’s relationship didn’t last long as the couple had parted ways within 10 months after leaving the Bigg Boss house. Despite their breakup, the two remain good friends to date. Kushal had admitted in an interview that religion was a topic of arguments between them.

Now that Gauahar Khan and Kushal Tandon have moved on in their lives, the former is all set to tie the knot with the love of her life, Zaid Darbar on December 25, 2020. Announcing the same on her social media, Zaid and Gauahar’s official statement can be read as “The year 2020 has been anything but ordinary and our love story through it all has been nothing short of extraordinary! It gives us immense joy to announce that we are tying the knot and embarking on a journey of forever. Keeping the current scenario in mind, we will be celebrating the big day with our family in an intimate ceremony. We seek your blessings & love & are eternally grateful for the constant support & the outpour of warm wishes we have received. We hope for every soul to find its mate and pray for every heart to find its reason to beat. All our love, Gauahar and Zaid.” In an interview with Zoom Digital, Gauahar’s ex, Kushal Tandon reacted on her upcoming wedding and said, "That is very good for her. Congratulations. I am so happy for her."

In 2019, Kushal Tandon had added another feather to his already illustrious cap as he became an owner of a restaurant in Mumbai, Arbour 28. The opening event of Arbour 28 was a star-studded affair with Kushal’s close friends in attendance. And his ex-girlfriend, Gauahar Khan too, had marked her presence on the special day for Kushal and wishing him luck for the same, had written, “Thank u for being an awesome host, wishing u great success with ur amazing new lounge @arbour28mumbai! Lots n lots of best wishes! with all the love! @therealkushaltandon.” (Also Read: Shaheer Sheikh On Creating A Home With Wife Ruchikaa Kapoor, Reveals Why They Planned A 2020 Wedding)

In an interview with The Times of India, Gauahar Khan revealed the details of her relationship and wedding with Zaid Darbar. Revealing that they had met in July 2020, Gauahar recalled the moment when she felt Zaid is the one for her, “We met in July 2020. Within a few months, he proposed to me and we don't know what else is happening later. We have known each other not for a very long time. I think when the feeling is right and you know, you are meant to be together then nothing else matters whether it is a time frame that you have known each other or any of the other norms that people go by. I understood when I got to know him, the way he was and the way he treated me, I just knew that if it was to become forever, it won't take much time.”

Zaid Darbar too, revealed the moment when he had realised that Gauahar Khan is the one for him, “For me also, things were the same. She is exactly like me, the feelings came out from my heart. Everything was organic and it was straight from the heart.” ‘She said yes’ – this moment finally came in November when Gauahar and Zaid had announced their engagement on social media and since then, we just can’t stop obsessing over how ‘Rab Ne Bana Di Jodi’ type they look! (Also Read: Bharti Singh And Haarsh Limbachiyaa Trolled For Drugs Consumption, He Hits Back With Savage Replies)

Heartiest congratulations to Gauahar and Zaid!