The Jagannath temple in Puri, Odisha, is a significant Hindu temple that is dedicated to Lord Jagannath. Over the years, the temple authority has denied entry to many famous people. Check it out!

The famous Jagannath temple in Puri, Odisha, is undoubtedly the temple that every Hindu wants to visit once in life, courtesy of the significance of this holy temple. The temple is dedicated to the form of one of the trinity of the supreme divinity, God Vishnu. Instead of stone and metal, the image of Lord Jagannath is made of wood and is replaced every twelve to nineteen years with a proper religious ceremony.

The temple was built by the famous king of the Ganga dynasty, Anantavarman Chodaganga, back in the 12th century. However, unlike many Hindu temples worldwide, non-Hindus aren't allowed to enter the Lord Jagannath temple. Over the years, many people have questioned this rule, but non-Hindus are still prohibited from entering the temple. 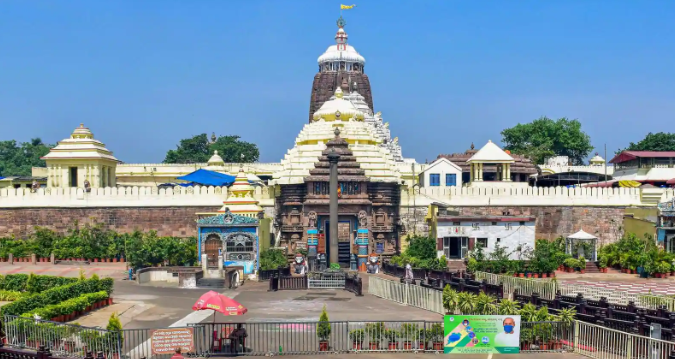 However, do you know many famous personalities have also been denied entry into the sacred Hindu temple over the years? So without further ado, let's find out!

Recommended Read: Eknath Shinde's Wife, Lata's Major Role In His Success From Being An Auto Driver To Maharashtra's CM 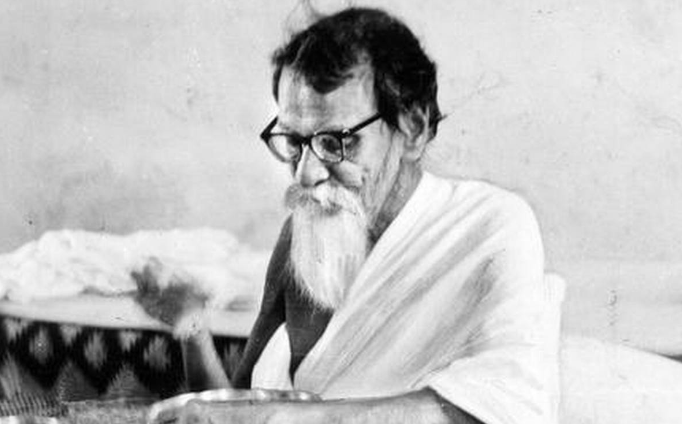 One of the greatest minds this country has ever witnessed, Acharya Vinobha Bhave was an Indian advocate, who had fought for the rights of humans and had also promoted the message of nonviolence. Vinobha is still remembered for his Bhoodan movement, which was a land reform movement in India back in 1951. Apart from being an advocate, he was a social activist, philosopher, and Mahatma Gandhi's successor. However, Vinobha Bhave was denied permission when he had visited the famous Puri Jagannath temple in Odisha with his non-Hindu followers back in 1934. Recipient of the Nobel Prize in Literature and the man behind India's national anthem, Jana Gana Mana, Rabindranath Tagore holds a massive place in this country's history. From being an exceptional poet and writer to giving so much to society with his art, Rabindranath Tagore is one of the few unforgettable greats of this nation. However, the legendary poet was a Pirali Brahmin, and not many are aware of the fact that because of his caste, he wasn't allowed to enter Lord Jagannath temple in Puri, Odisha.

You May Like This: Ambani Clan's Guru, Rameshbhai Ojha: The Man Behind Bringing Harmony Between Mukesh And Anil In the year 1934, often referred to as the father of India, Mahatma Gandhi had decided to visit the famous Hindu temple, Jagannath Puri. He was accompanied by his close friend and social activist, Vinobha Bhave and some other non-Hindu people. However, the temple committee had denied everyone from entering the Jagannath temple. It was a big decision by the management committee of the temple built in the 12th century. When Mahatma Gandhi was denied entry into the temple, he gave a strong reaction to it and had said:

"Why should be there any difference between men in a temple of God?" The father of the Indian constitution, Dr B.R. Ambedkar needs no introduction, as he was voted the 'Greatest Indian' in a poll conducted by CNN IBN and History TV18. Despite everything, he had done for the nation, when in July 1945, Bhim Rao Ambedkar had visited the Puri Jagannath temple, he was not allowed to enter inside the temple. But the temple committee had stopped the social reformer from entering Puri Jagannath. Even after having many discussions with the temple authorities, Bhim Rao Ambedkar was denied entry into the Hindu temple. 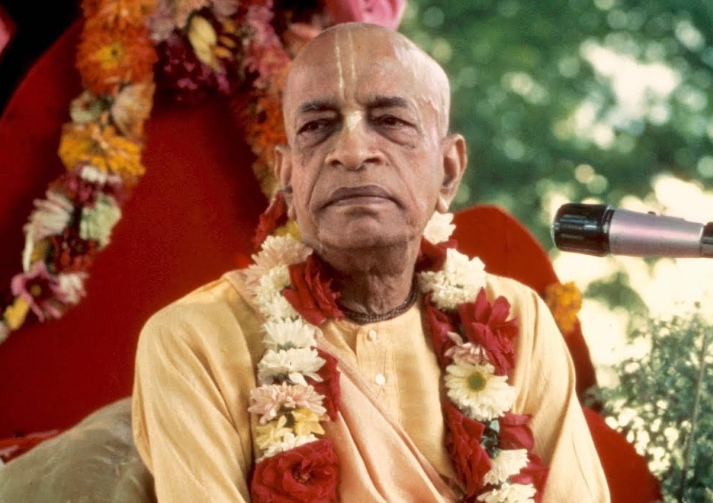 The founder of the ISKCON movement, a.k.a.,  Hare Krishna movement in India, A. C. Bhaktivedanta Swami Prabhupada is also commonly known as Swami Prabhupada. However, not everyone is aware that on January 26, 1986, Swami Prabhupada had travelled to Odisha to visit the famous temple of Lord Jagannath in Puri. The spiritual guru was accompanied by many of his non-Hindu devotees. As a result, he and all of them were denied entry to the Puri Jagannath temple. 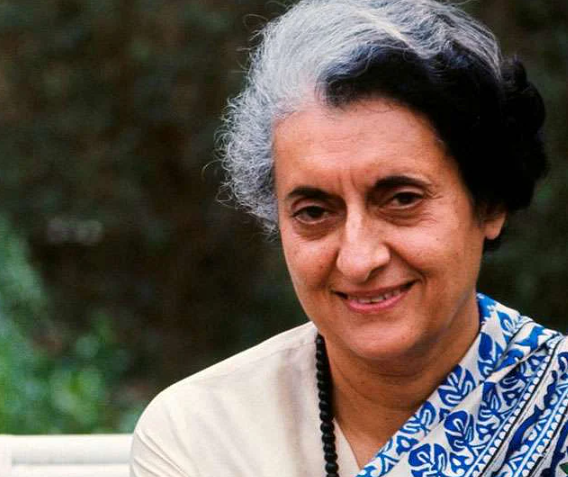 Former Prime Minister of India, Indira Gandhi was also denied entry inside the famous Puri Jagannath Temple in Odisha. After a lot of discussions, Indira Gandhi had to visit the Raghunandan Library, which is right in front of the temple, to have darshan. The priests at the Puri temple had objected to Indira Gandhi's entrance into the temple because she was married to Firoze Gandhi, who was a Parsi and a non-Hindu by religion.

Why non-Hindus are not allowed in Lord Jagannath Temple in Puri, Odisha 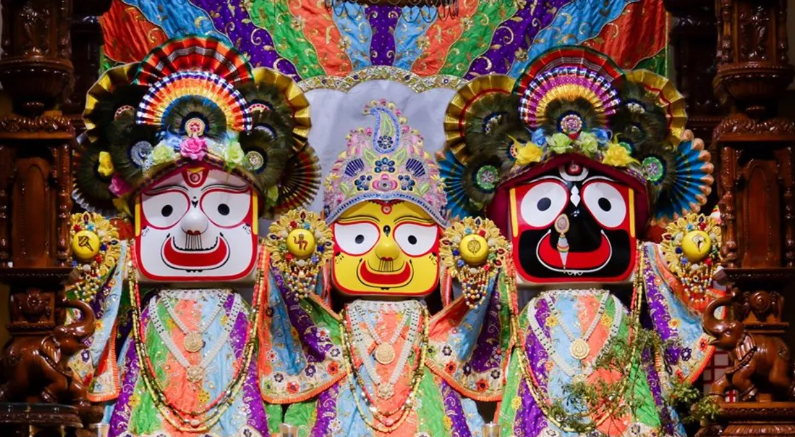 The debate around not allowing non-Hindus to enter the Lord Jagannath Puri temple has always created controversial discussions. However, let's talk about the strict reasons suggested by the temple committee for not allowing non-Hindus to enter the premises of Jagannath Puri temple. As per the priests inside the temple, Muslim and foreign invaders had looted and attacked the holy Hindu temple 17 times over the decades. 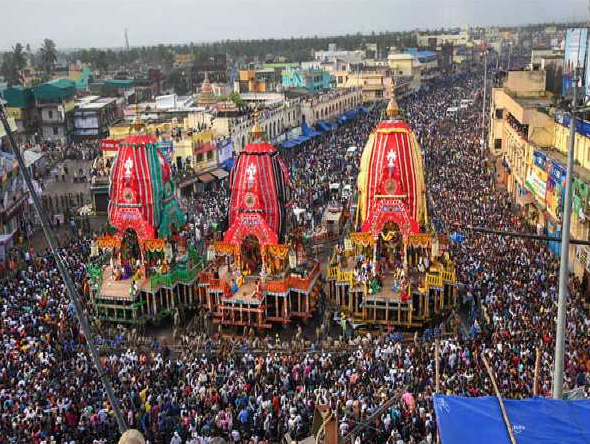 Jagannath Puri Rath Yatra is one of India's biggest festivals. It is celebrated yearly on the Shukla Paksha Dwitiya Tithi of the Ashadha month as per the Hindu calendar. This is the only time when Lord Jagannath, with his brother, Lord Balabhadra and his sister, Goddess Subhadra come out of their holy sanctum sanctorum to stay in the Gundicha temple. Another reason behind this Rath Yatra is to give darshan to everyone, irrespective of their religion. The distance between Jagannath Puri temple and Gundicha temple is almost 3 km away, and after staying there for nine days, they used to return to their home which is known as Ulta Rath Yatra it is indeed a sight to behold. 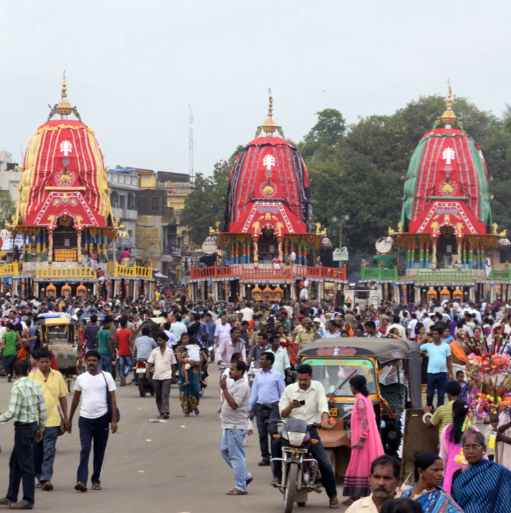 What are your views on the strict rule of not granting entry to non-Hindus inside the Puri Jagannath temple? Let us know.

Also Read: Royal Families Of India With A Majestic Lineage And The Perfect Examples Of Living Life King Size