Love Story Of Nishit And Lisha That Started With A 'Hello'

Love Story Of Nishit And Lisha That Started With A 'Hello'

When it comes to love, sometimes unexpected things happen. You might know a person, but not fall for them at the first meeting. It takes a lot of time and of course, a few hellos to understand that you are destined to be together.

And, this is what happened with Lisha and Nishit, who met, separated and then met again only to be together for eternity. So, come and be a part of Lisha and Nishit’s beautiful journey with us.

She Stopped Talking To Him Coz He Was Late For A Movie; 1 Year Later, He Did This For Her

How it all started? 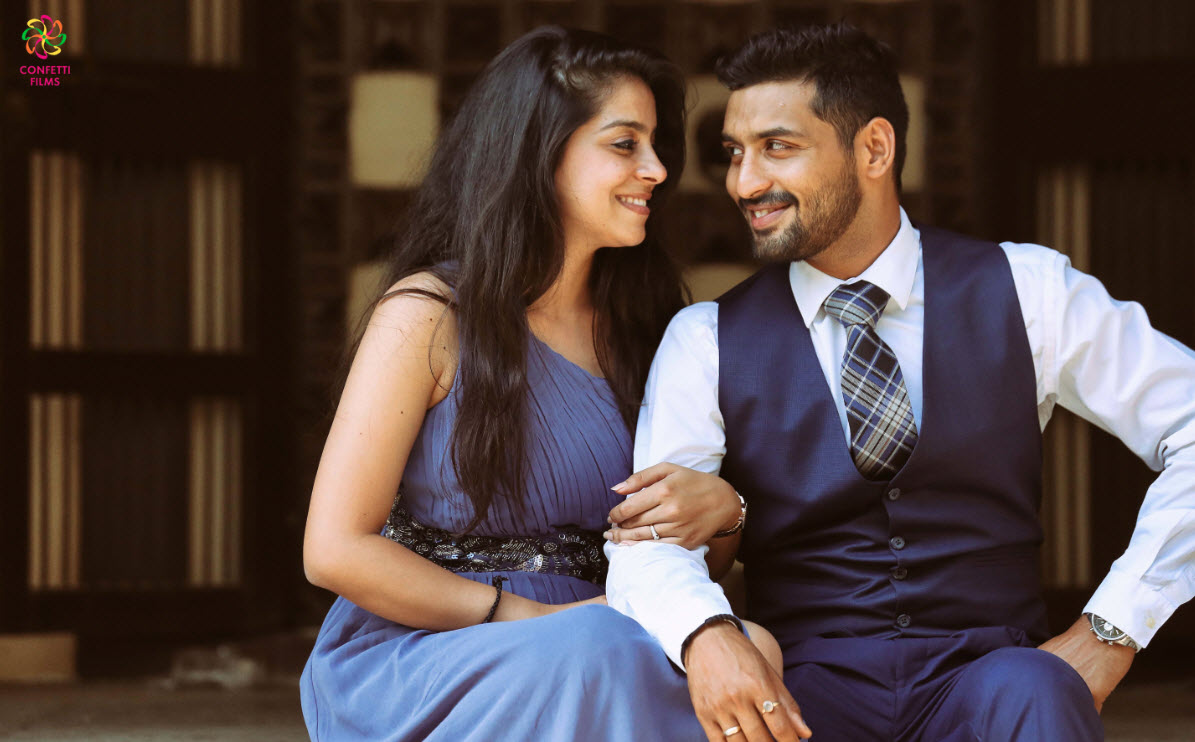 Although Lisha and Nishit were no strangers, they never thought that one day they will fall head over heels in love with each other. After studying in the same tuitions for some time, they both went their separate ways to pursue their dreams. But, destiny had some other plans for them. A few years later they were reunited through a phone call which changed their lives forever. It was that one 'hello' that started a whirlwind romance between them. 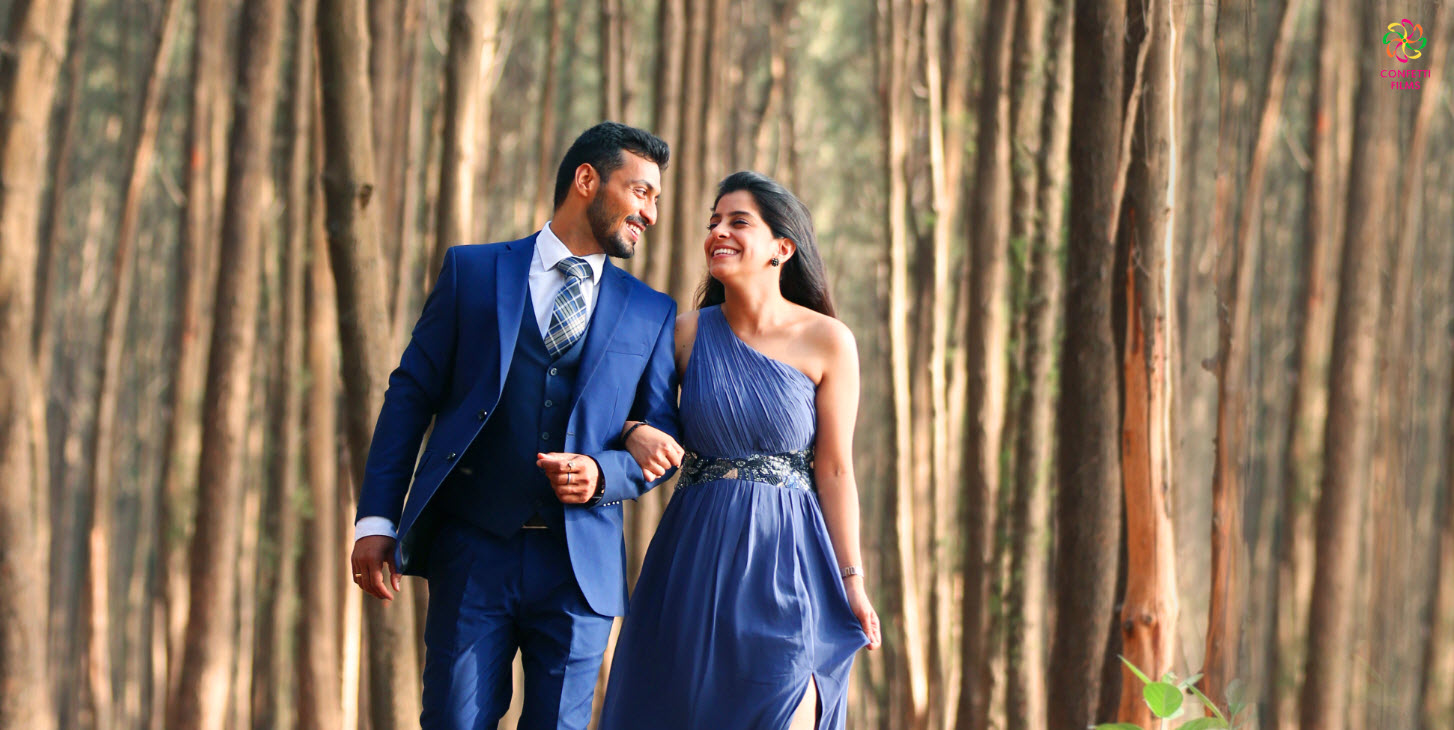 “We met during our French tuitions back in 2007. Lost tough post that since I left for my hotel Management studies to Khandala while Nishit continued studying and pursuing dancing in Mumbai. Five years later, we got back in touch through a common friend who worked with me at Taj Delhi and had studied with Nishit in Xaviers. He just connected the phone and handed it over to me and everything was history thereafter.”

Also Read: Shahid Kapoor And Mira Rajput Look Like Pure Royals At This Wedding In London

What made Lisha and her parents fall in love with Nishit? Lisha was already bowled over by Nishit’s charming personality, but what won her heart was the way her prince charming treated her – just like a queen. Nishit’s caring nature just increased her love two-fold for him. “You have to meet Nishit to feel his aura and positivity. This is what attracted me to him the first time, and trust me it still does the magic!! He is someone who knows how to keep his lady love the happiest girl on earth. He is understanding to a whole new level and my words will never be able to do justice to my love for him.” 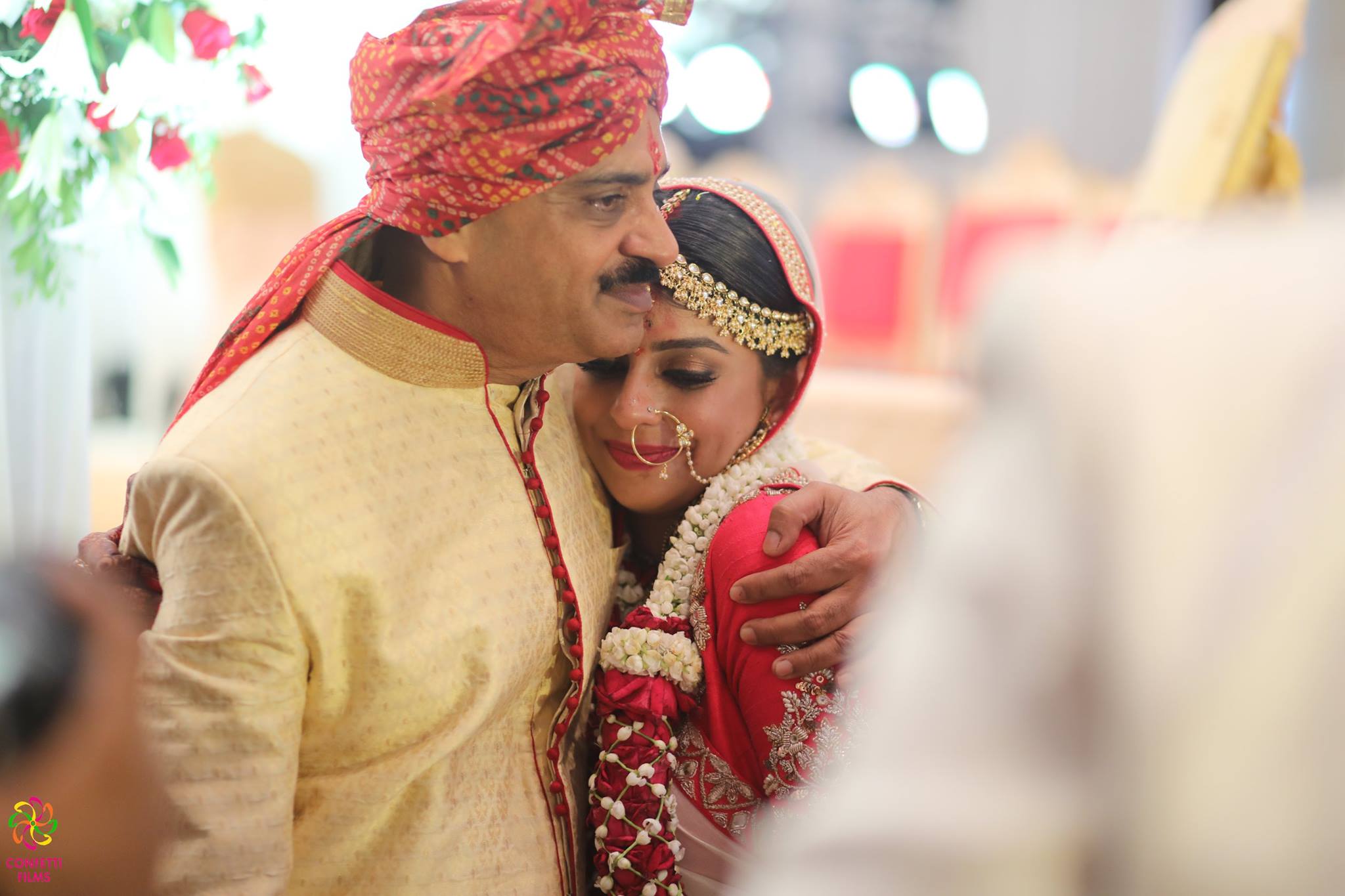 And even for Lisha's parents, Nishit was the perfect choice for their daughter. Lisha shared:

“My Parents absolutely adore Nishit and they are sure of how well he will take care of me.”

Must Read: This Single Mother Got Married Again And Her Son Became Her Best Man

Why Confetti Films to capture the moments? Wedding celebrations are the most important part for every bride and groom which is why they look for the best photographers and videographers so that they can capture their new journey in the best possible way. Hence, Confetti Films was Lisha and Nishit’s first choice to cover all their candid moments beautifully. Speaking about their choice, the couple said:

“Confetti Films has been with us from the very start of our journey. It was always them and we didn't go further researching much after we saw glimpses of their beautiful, flawless photography and cinematography. “ 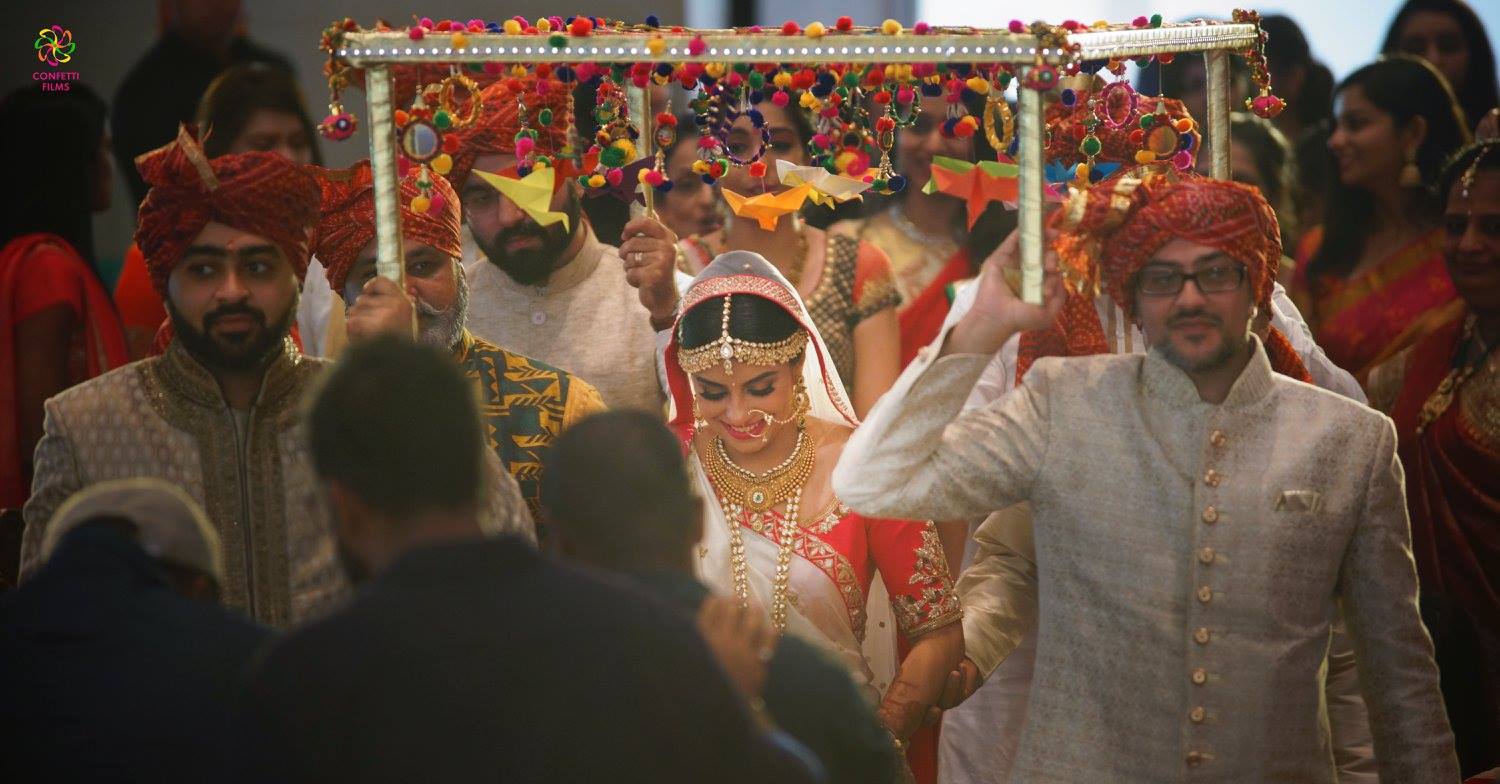 “The thing we, as a couple admire the most in Confetti Films, is that they are extremely approachable and very understanding to our needs and requirements from a particular event. The entire team has worked very hard to put together a grand show for our main events in order to create lovely memories for us to cherish for life. The backbone of Confetti Films, Ruubina Shah, works really hard to get the entire team together, motivates them and has a keen eye to capture small yet important events throughout all the wedding functions. Big thanks to the entire team.”

The beginning of a new chapter After falling for each other, the lovely couple Lisha and Nishit decided to take the next big plunge, and thus, started their wedding preparations. The couple firstly decided to have a pre-wedding shoot, and after looking at their pictures one can surely say how much they adore each other. Don’t believe us? Here is the evidence! And oh! Do not miss their lovely picture with the smoke bomb. You can add this idea to your must-have pre-wedding shots. 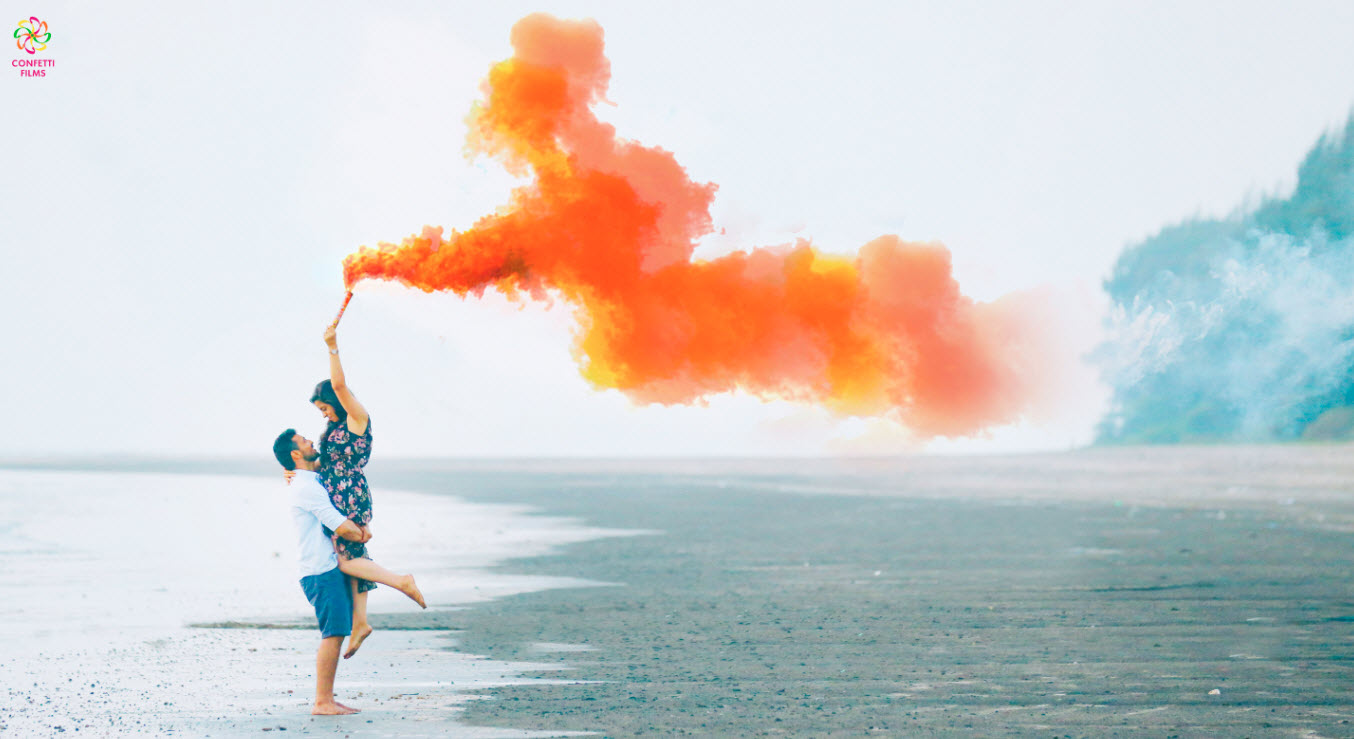 The couple got engaged in front of their friends and family in Coco Palms, Madh Island and got married in Sahara Star, Vile Parle East. Many stars of the telly world like Sriti Jha, Mouni Roy, Shakti Mohan, renowned choreographer Terence Lewis along with a few other stars, came to their wedding to bless the fine-looking couple. Not to miss the dulhe ka bhai, who is none other than the very famous and very handsome choreographer Punit Pathak. 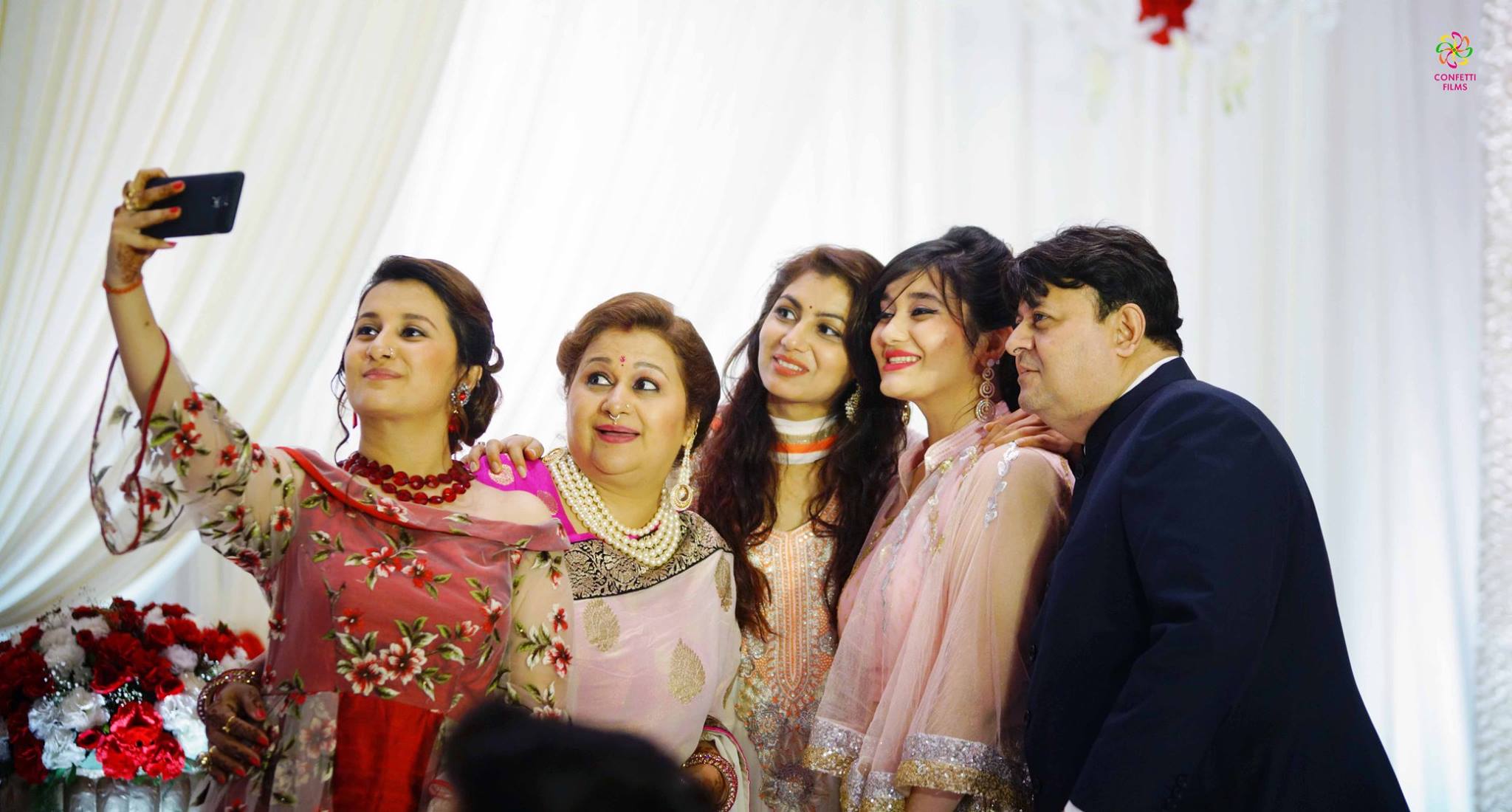 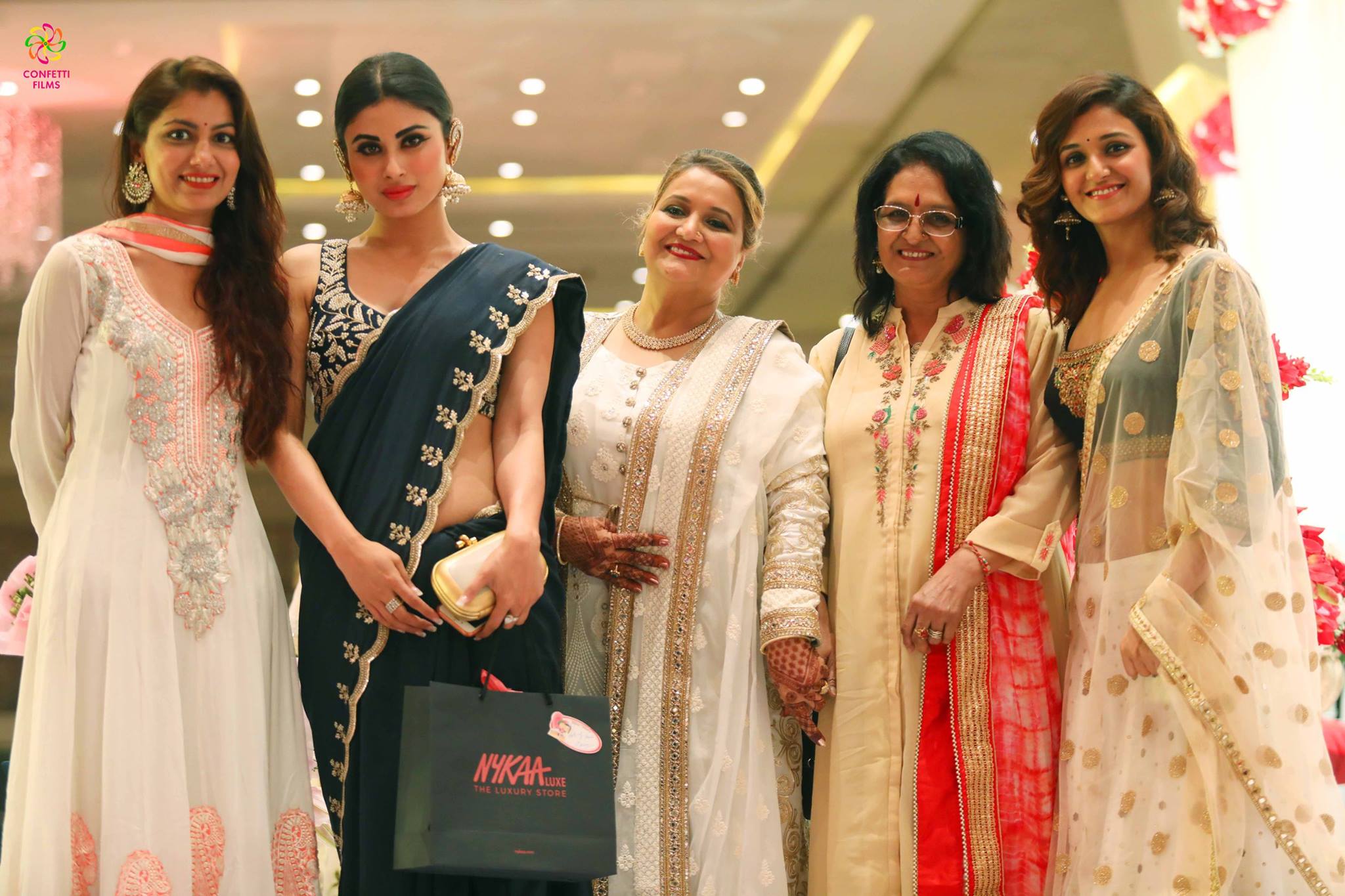 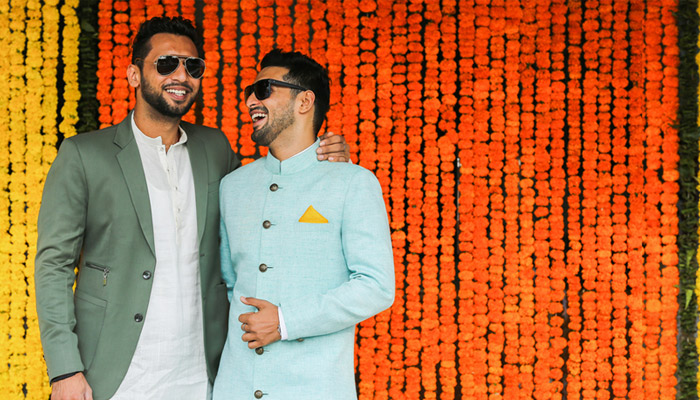 Even though their whole wedding was an affair to remember, but what stole the show was Lisha and Nishit’s bindaas attitude throughout the wedding. 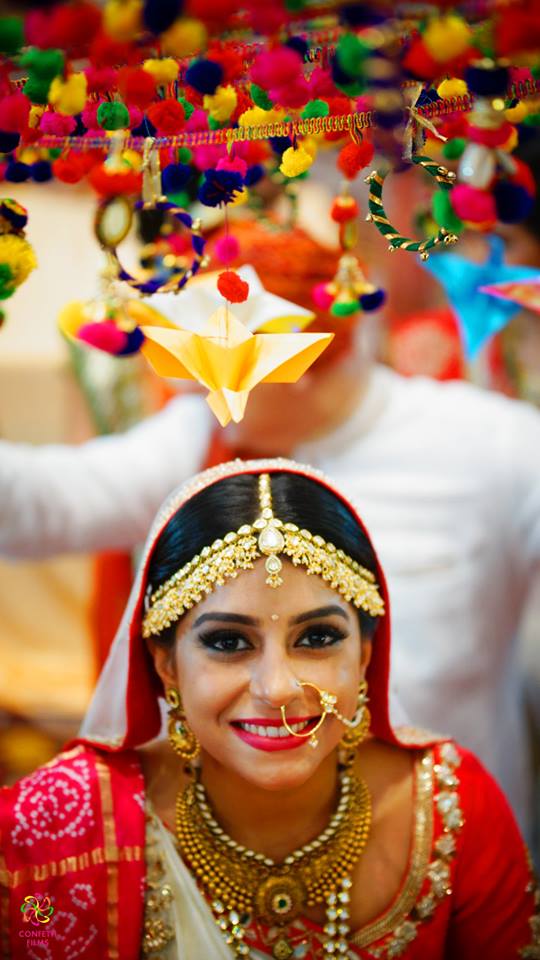 Be it the groom’s dance, Lisha and Nishit teasing and hugging each other at the mandap or simply looking at each other, each frame reflected their strong bond and the excitement to start a new journey as a couple. Even you will agree, after looking at these amazing pictures. Lisha was looking simply stunning in her cream, golden and pink lehenga which was designed by Smitasha. Even her hair styling, done by Noorie, and make-up by Shraddha Bachani was spot on. It just lifted her whole outfit. And, what can one say about the groom! Nishit looked dapper in both, pink and golden, sherwanis. And with that infectious smiles, the couple enlightened the whole atmosphere. By looking at Lisha and Nishit one can say that this couple is truly made for each other. Isn’t it? We, at Bollywoodshaadis, wish this adorable couple a life full of love, respect and happiness. 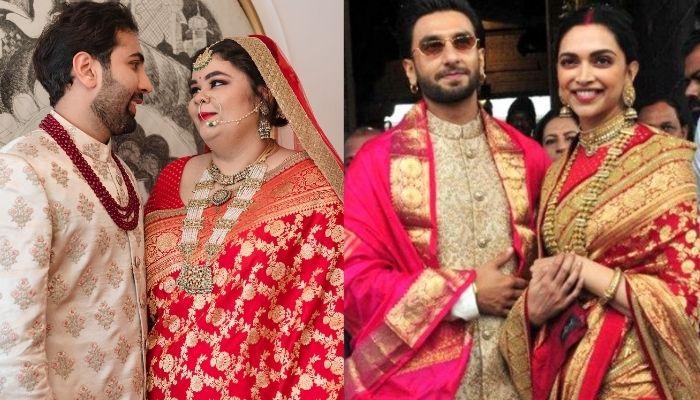 One of the very basic things that separate or make Homo Sapiens superior to other living species on this planet is their grey matter, simply put, brain. Over the years, human beings used their wits to go about and created a society, a social ecosystem that incorporates many diverse, beautiful