Aditi Govitrikar Marriage: Converted To Islam, Changed Her Name But That Didn't Save Her Marriage

Aditi Govitrikar Marriage: Converted To Islam, Changed Her Name But That Didn't Save Her Marriage

Actress, Aditi Govitrikar and Muffazal Lakdawala's marriage didn't survived and got divorced after a decade. Check out to know more!

Dove-eyed beauty, Aditi Govitrikar is quite an achiever when it comes to her modelling career and Bollywood. However, before joining films, she won the Gladrags Mega Model contest in 1996 and then went on to grab the Mrs World title (a contest exclusively for married women) in 2001. No wonder the success made her a recognizable face and she started getting offers to feature in TV commercials, music albums etc. Surprisingly, apart from making a mark in the modelling scene, she was into the medical profession. So, the girl who was a medical practitioner became the ruler of the ramp and there is a lot she absorbed from her career in medicine.

Rajev Paul And Ex-Wife, Delnaaz Irani And BF, Percy Are Neighbours, He Talks About 'Bump' Stories Apart from the degree and skills, the campus gave her a life partner Dr Muffazal Lakdawalla, who was her fellow student and whom she had dated for seven years. But the petite beauty’s love story and her marital journey did not last long and headed for a collapse after 11 years. Let’s have a look at Aditi Govitrikar, who despite all her accomplishments is finally facing a new set of challenges and expectations after her divorce. 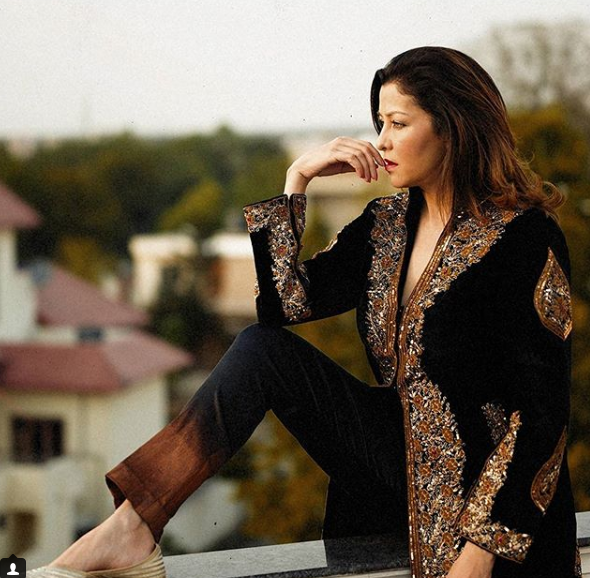 Aditi Govitrikar, who was born on May 21, 1974, did her schooling in Mumbai. From her childhood itself, she was a determined girl, who never lost sight of her objective. At a growing stage, she developed a keen interest in becoming a doctor and did her best. She had taken admission at Grant Medical College in Mumbai in the early 1990s and had headed her career towards becoming a successful medical practitioner.

Also Read: Vidhu Vinod Chopra And Anupama Chopra's Love Story, He Made Movie, 'Kareeb' As A Tribute To His Wife 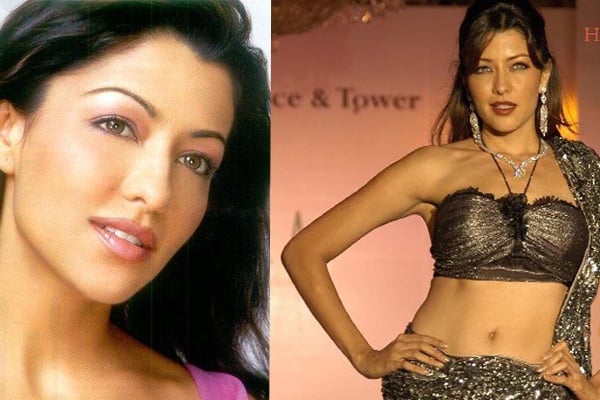 Well, seems medical was not the studious girl, Aditi Govitrikar’s destined profession. Many of the modelling agencies had spotted her and had offered her some assignments. Initially, Aditi was interested to take it as a side job but after winning the pageant, Gladrags Mega model contest in the year 1996, she became more confident of modelling as her choice of profession. However, she never quit her studies and graduated with MBBS in the year 1997. In fact, during her post-graduation, there were plenty of offers from modelling agencies and since then, there was no looking back. 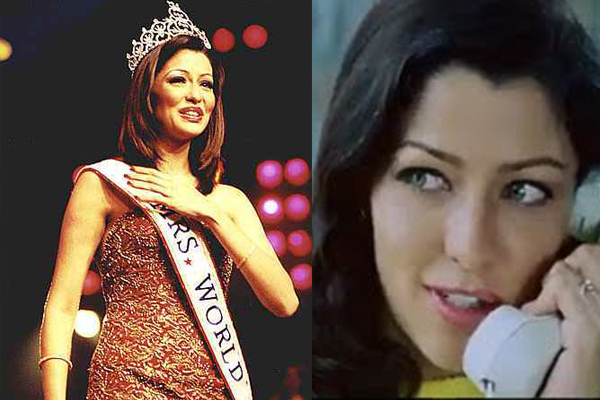 Aditi Govitrikar’s life had changed from what it was a few years ago. The Mumbai-based girl has turned into a successful model and then she had started her career in films. She had made a debut with a Telugu film in 1999. Her popularity slowly rose and she acted in more than 10 Bollywood movies. 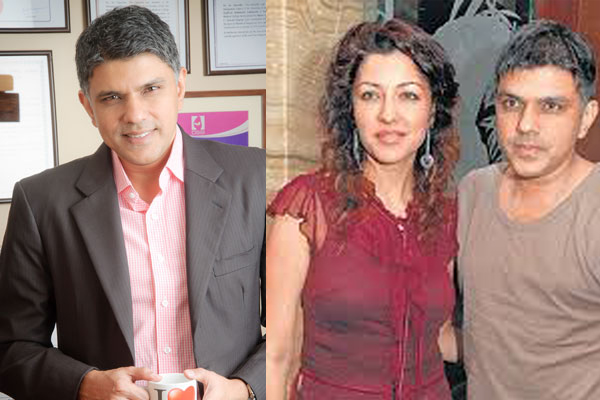 The medical college ground gave Aditi a lot more than just education and career. Cupid struck her there and she fell in love with Muffazal Lakdawalla. The initial meetings and friendship became a life-changing thing for the couple. The friendship soon turned into romance and they started dating. As per the sources, they met in the first year of their medical course and continued to see each other through the six years at the college. By 1997, the couple had graduated and felt it was time to tie the knots. However, there was a stern opposition from the parents’ side. That they belonged to different religion bugged the parents and they did not agree. The lovebirds hardly waited for the consent of the parents and went against them to get hitched in 1998.

Also Read: Farah Went Against Her Parents To Marry Vindu, Only To Divorce Him Later And Marry Another Man The marriage took place with Hindu as well as Islamic customs. One was a simple civil marriage and another with Islamic rituals and traditions. Aditi even converted to Islam religion and renamed herself Sarah Lakdawalla. The marriage of an interfaith couple represented so much more than just tying the knot. The faith, the love and the connection that the couple shared was put above everything. So, the couple started living the most rewarding part of their life. The fun and romance was alive and continued to grow. They have a daughter Kiara and son Zhiaan from the wedlock. It was a happy marriage with the right kind of balance. Aditi succeeded to become a model and actress whereas husband became one of the best obesity surgeons in the country. So, it was all healthy and productive until now. 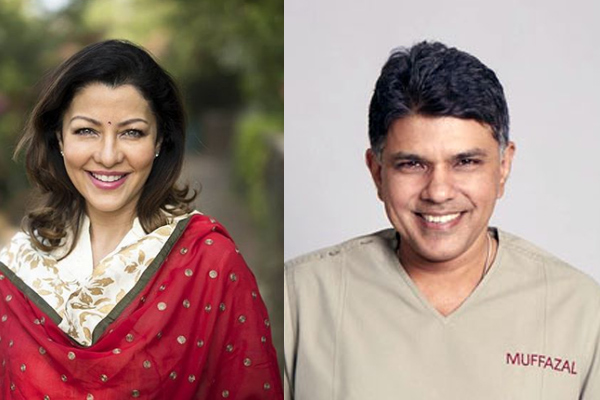 Very soon the nature of the relationship started changing to brawls and breakup. Things soon started crumbling and their life, unfortunately, became a roller coaster. It was learnt through sources that it all started in May 2008. Also, Muffazal left for Australia for many months together, while Aditi returned to her maternal home with her kids. These incidents and stories gave enough of hints to the media to know that things were really sour between the duo. However, the couple remains tight-lipped on the issue. 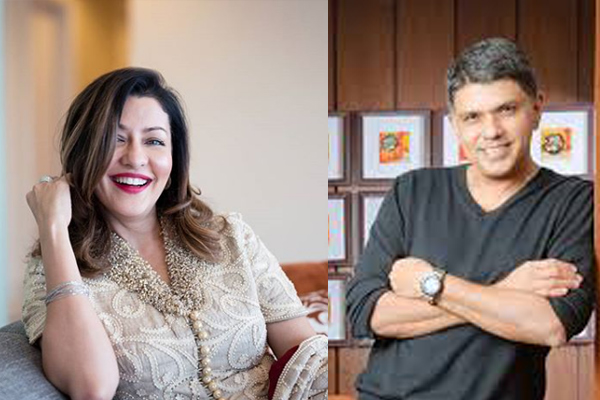 It became even messier and as per reports Aditi and Muffazal went for a legal separation where the former has retained the custody of her children. However, Aditi revealed to media personals saying:

“They were going through some tough times for quite some years, owing to which they separated in 2008. While she was maintaining a stance of reconciliation, Muffazal was in no mood to work on the marriage, and saw divorce as the only way to ‘move on’. Aditi later shared that it was the worst phase of her life and it left her quite disturbed for a long time.”

The real cause for splitsville 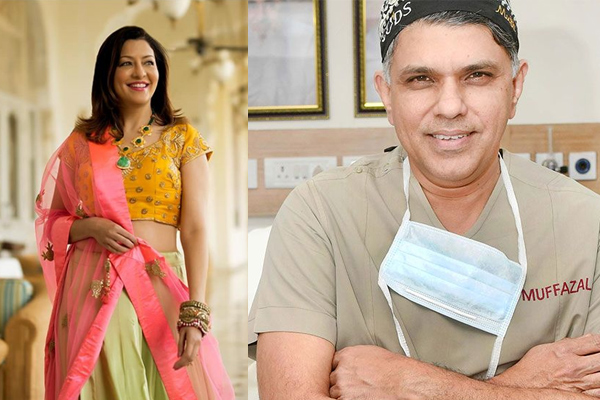 There are hardly any explanations as to why the couple broke up. As per the sources, it was their different lifestyles that caused the rift. The glam world of Aditi and Muffazal’s serious profession did not do well together. They faced many issues and it is said that their relationship was mainly hit by ego clashes.

Also Read: Jagjit Singh And Chitra Singh Love Story: They Left Music For A Year After Their Son's Death In 1990 Both saw life after divorce and moved on. Aditi started focussing on TV and modelling and also returned to her first dream of becoming a doctor. Muffazal Lakdawala went on with a second marriage with Priyanka Kaul in Goa in March 2011.

It’s common for any married couple to wade through a sea of problems but divorce should not be seen as a permanent solution to the problems. Aditi too might have been living with many unfulfilled expectations and challenges. Though the couple walked out amicably, it’s sad to see that the love that connected them died out early in their marriage. As of now, we can wish the couple all the best in their individual lives ahead.

Aditi Rao Hydari Got Married At 21 To Satyadeep Mishra, Kept It A Secret, Only To Separate Later

When AR Rahman Converted To Islam And Left His Name Dilip Kumar To Be Alive, After His Abba's Demise

Rajev Paul And Ex-Wife, Delnaaz Irani And BF, Percy Are Neighbours, He Talks About 'Bump' Stories