Fardeen Khan rose to the heights of success with his debut movie, Prem Aggan. The actor shot to fame and soon became a heart-throb of the nation. His mind-boggling looks made his lady fans go gaga over him. So, when reports of his marriage to his long-time girlfriend Natasha surfaced, it was definitely heartbreaking news for his fans.

Recommended Read: When Royal Met Regal: Everything You Need To Know About Saif And Kareena's Love Story

The actor who was portraying lover boy images onscreen with his leading ladies, kept his love story a secret from the media and social stares. Yes, his marriage to Natasha was like a bolt from the blue to his lady fans. Due to his several link-up rumours especially with Celina Jaitley, everyone was curious to know as to who took away his heart. Let’s unfold the secret here, and learn a bit about Fardeen Khan’s love life.

Introducing you the couple The lad who won many a hearts with his dapper looks has an uncanny resemblance to his dad Feroz Khan. The son of yesteryear actor and sensation geared up for his debut with his father’s support. Fardeen Khan is also well-educated with his graduation in business management from the coveted University of Massachusetts. 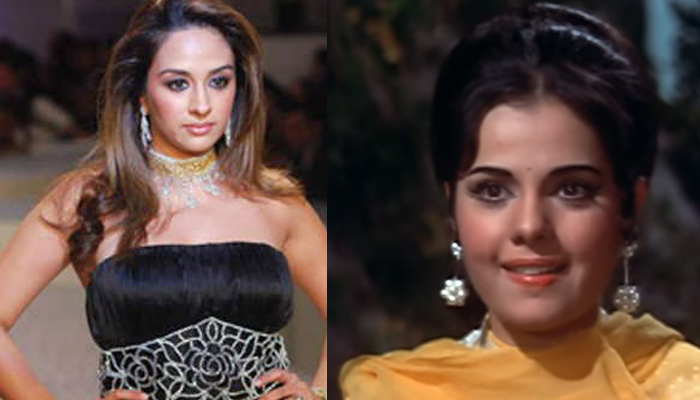 Pretty good looking Natasha Madhvani too is a star child of former actress and diva Mumtaz. Natasha was born and brought up in England and spent most of her life abroad. Unlike Fardeen, Natasha was always away from limelight and showbiz. There are no details as to how their love journey began and when the couple started building their love nest. However, it is learnt that the story began after an interesting proposal on their flight from London to the US. After dating Natasha for years, Fardeen finally thought of popping the question and he chose to do it in mid-air in a Trans-Atlantic flight. The couple was travelling together from London to the US when Fardeen thought of getting down on his knees. Well! We think his flight proposal is truly an ultra-romantic one. Apart from love, there was a family connection too that made the couple hook-up. As per the sources, they met each other through their parents. The yesteryear on-screen lovers Feroz Khan and Mumtaz and parents to Fardeen and Natasha respectively are instrumental in making the match happen. The old reel-life couple was extremely interested in making their kids’ union a real one. However, the whole thing was kept under the veils and it was never known as to when the couple actually fell in love. Fardeen and Natasha’s story came into the limelight only after their marriage. The couple kept their love story and the news of their nuptial under the wraps. Fardeen’s secret wedding to Natasha was a shock to many. But being celebrities, it was hard to maintain the privacy forever. Soon things came into the limelight and the entire wedding episode got unfolded. It started with the sangeet ceremony followed by lavish wedding and reception.

You May Like: Love Story Of Bollywood Legend Anil Kapoor And His Wife Sunita Will Make You Believe In True Love 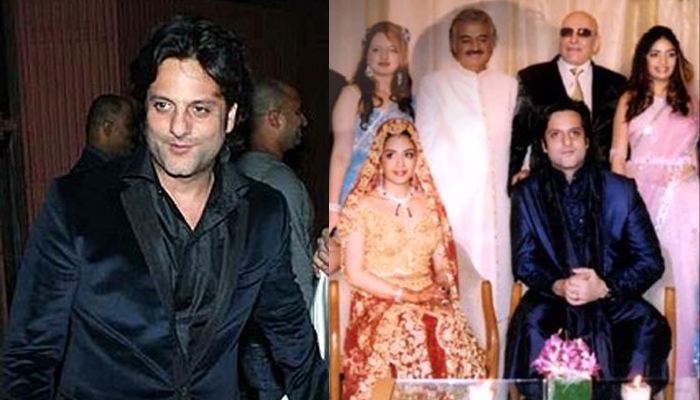 Fardeen and Natasha’s families opted for a private sangeet ceremony held on December 13, 2005, at Grand Hyatt Santa Cruz. To add a different tone to their ceremony, they centred it around a theme of pink and cream for the guests. Fardeen looked dapper and suave in an electric blue sherwani. His choice of ensemble certainly made a big impression. The intricate resham thread embroidery on his attire too stood out. Bride Natasha too was playing on her personality in pink and silver couture. She took her style statement a notch higher in a spaghetti-strapped ghagra choli designed by Tarun Tahiliani. Pink fresh flowers accessorised on her hair made her appearance picture-perfect. 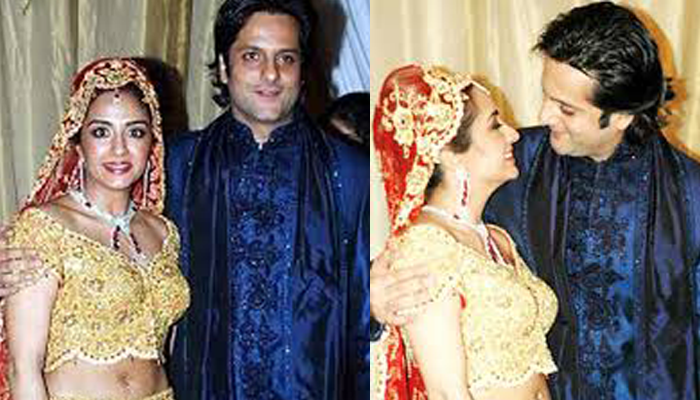 Wedding and reception of the famous couple were held in the J W Mariott, Juhu on December 14 and 15, 2005 respectively. Fardeen’s wedding ensemble was surely a masterpiece for its design, colour scheme and fit. He wore a fawn coloured high-collar kurta and teamed it up with an Aligarh pyjama. The pale palette looked extremely classic and sober. The silk outfit was highlighted with a hand-woven work. Natasha looked a traditional chic and a beauty to behold in a golden and red lehenga designed by Fardeen’s mother, Sundari Khan. The combination was a sure-shot way to look like a truly ethnic bride.

Don't Miss: Saw Sara In College And It Was Love At First Sight For Atif, His Love Story Is One In A Million The duo’s marriage was irrespective of what religious background they belonged to. In fact, they have set an example of true love and commitment by going for a simple registered marriage. They did not adhere to any religion while exchanging their vows. It is said that neither it was a nikaah nor a Hindu ceremony during their marriage. The holy matrimony was performed by the registrar itself. Fardeen and Natasha are an inspiration to a lot of couples and are the best examples of love and devotion in a marriage. Their relationship is going strong and ever since they fell in love, they never looked back. The couple is blessed with two kids- Diani Isabelle Khan and Azarius Fardeen Khan, the latter's name they had thought for one of their twin babies, but unfortunately, Natasha suffered a miscarriage.

So, here we're! That's Fardeen Khan and Natasha Madhvani's love story for you. Love is still in the air for the couple whose romantic journey began mid-air, and they have come a long way to give marriage goals to other couples.

Next Read: Paresh Rawal And Swaroop Sampat's Love Story Will Make You Believe In Love At First Sight