A much-loved television couple who makes one of the best off-screen couples as well! Yes, we are talking about Sushant Singh Rajput and Ankita Lokhande a.k.a. Manav and Archana. This lead couple of Pavitra Rishta made everyone fall in love with their simplicity. Sushant and Ankita's love story is a perfect example of how opposites attract. There was a time when these two could not stand each other. If you don't believe us, read it yourself! 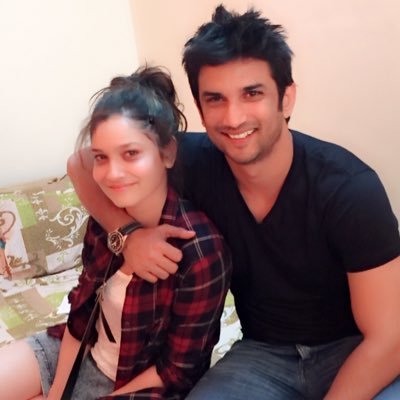 Sushant Singh Rajput and Ankita Lokhande together make a couple that looks head-over-heels in love with each other. Although that is true now, there was a time when these two would not even look eye to eye. Sushant and Ankita met for the first time as their characters, Manav and Archana, on the sets of their television serial, Pavitra Rishta. Initially, there was some friction between the two. They would often argue on the sets. Ankita, unlike her on-screen character, is an extrovert. As soon as the shoot would get over, she would go and gel with other cast and crew members. Sushant, on the other hand, is an introvert. His pass-time activity on the sets would be to sit in a corner and watch movies on his laptop. 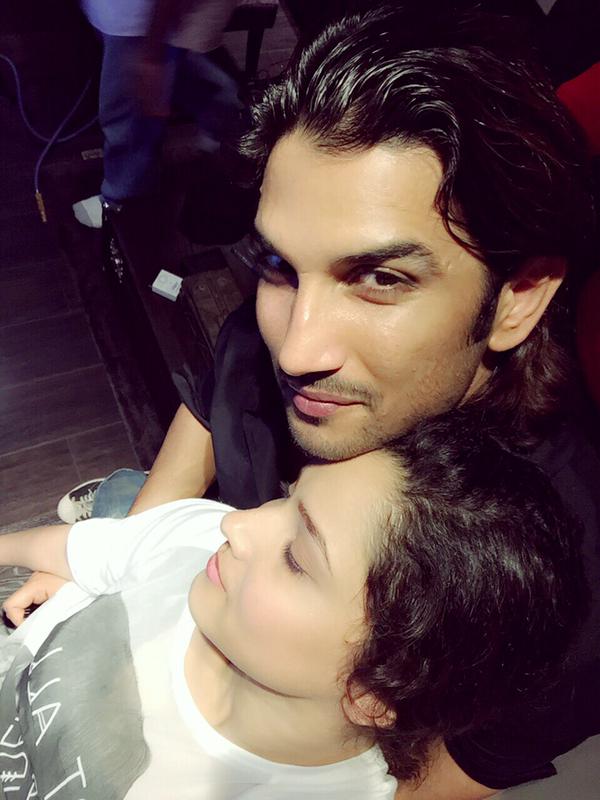 After a few fights, these two opposites realised that they are indifferent towards each other without any reason. And, their friendship began! It was Sushant who first said that their friendship was the first step of love. It took a lot of wooing from Sushant and then Ankita finally said 'YES' to him. 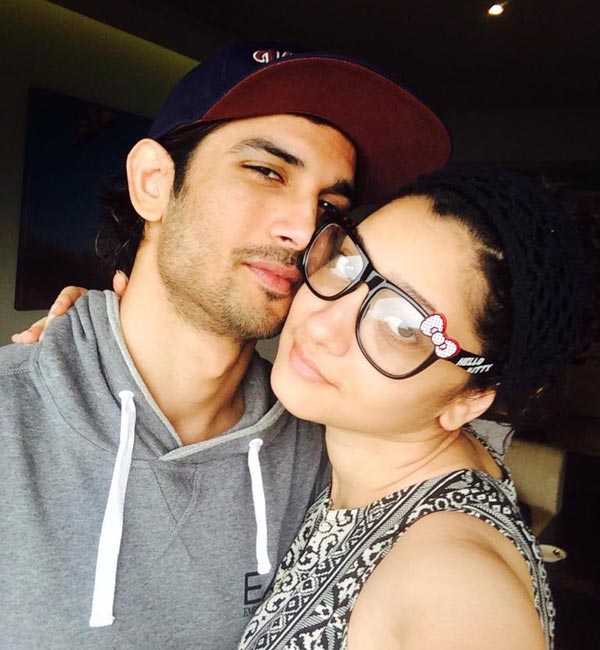 On wooing the lady, Sushant ushered:

"Ankita hated me initially. But, finally she gave in and said yes. When you are spending 16 to 17 hours with a person who is persistently trying to woo you, you really don't have much choice!" 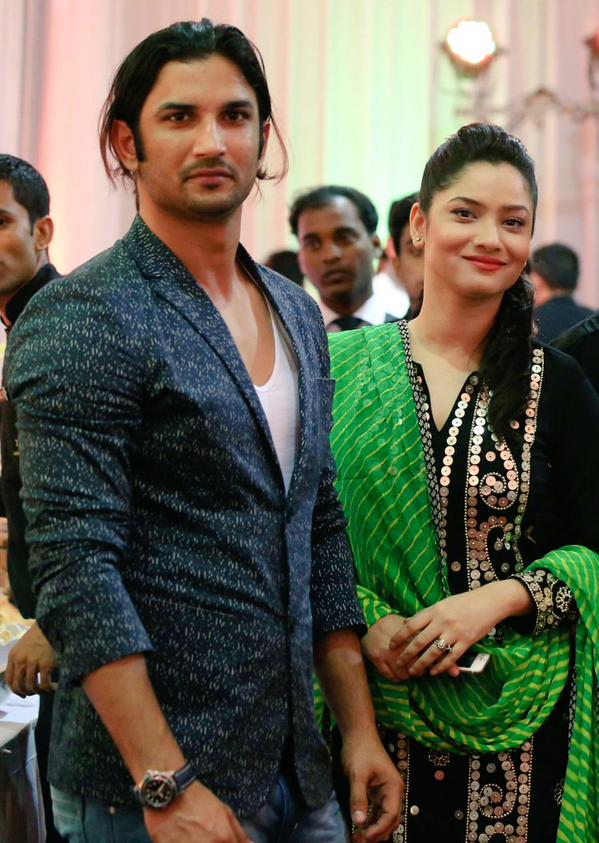 Sushant Singh Rajput and Ankita Lokhande have been in a relationship for more than five years now. Since, Sushant is a wallflower and does not like to let his personal life become a part of the public sphere, nobody got a whiff that their favourite on-screen couple is in a relationship. This made Ankita insecure as she thought that Sushant was not much engaged in their relationship. 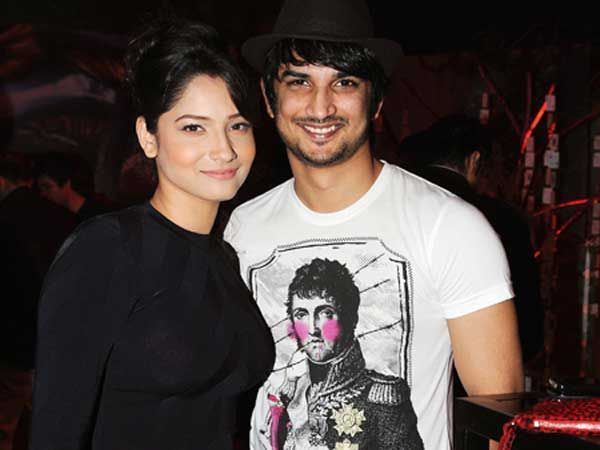 Finally, on a reality dance show, Jhalak Dikhhla Jaa, the couple declared that they have been seeing each other for the past two years. To Ankita's surprise, her shy beau proposed to her on the sets of the same reality show. Here is the proposal video, take a look:

"He’s a romantic and pampers me a lot. In fact, there are lots of similarities between him and Manav, the character that he plays on TV. He’s shy and soft-spoken, but of late he’s learning to express his feelings better than before." 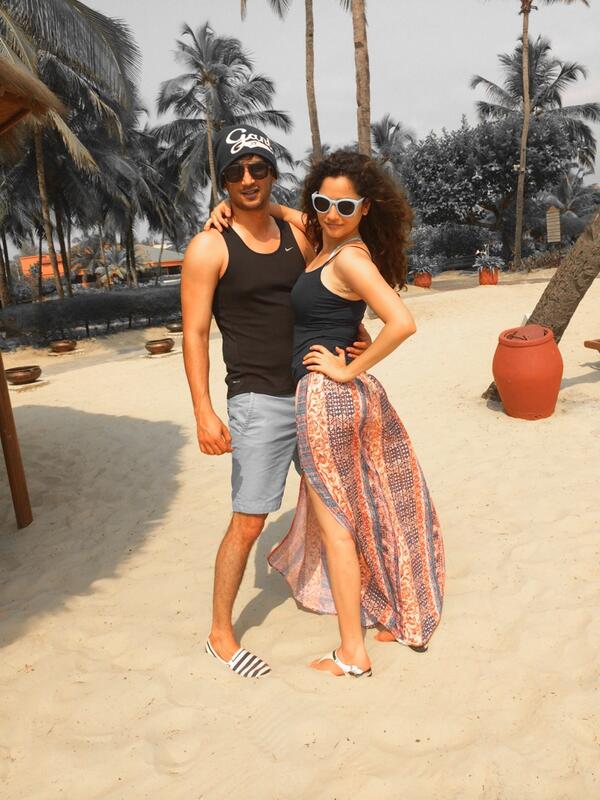 While celebrating New Year together in Dubai in 2014, Sushant proposed to Ankita again.

Ankita Lokhande finished the shooting of Pavitra Rishta and has been enjoying her break and the superstar status of a television actress. Sushant rose to fame with his Bollywood debut, Kai Po Che!, and has not looked back since then. He has been delivering back-to-back hits.

Recommended Read: 11 Hottest Indian Television Couples Who Fell In Love While Working Together 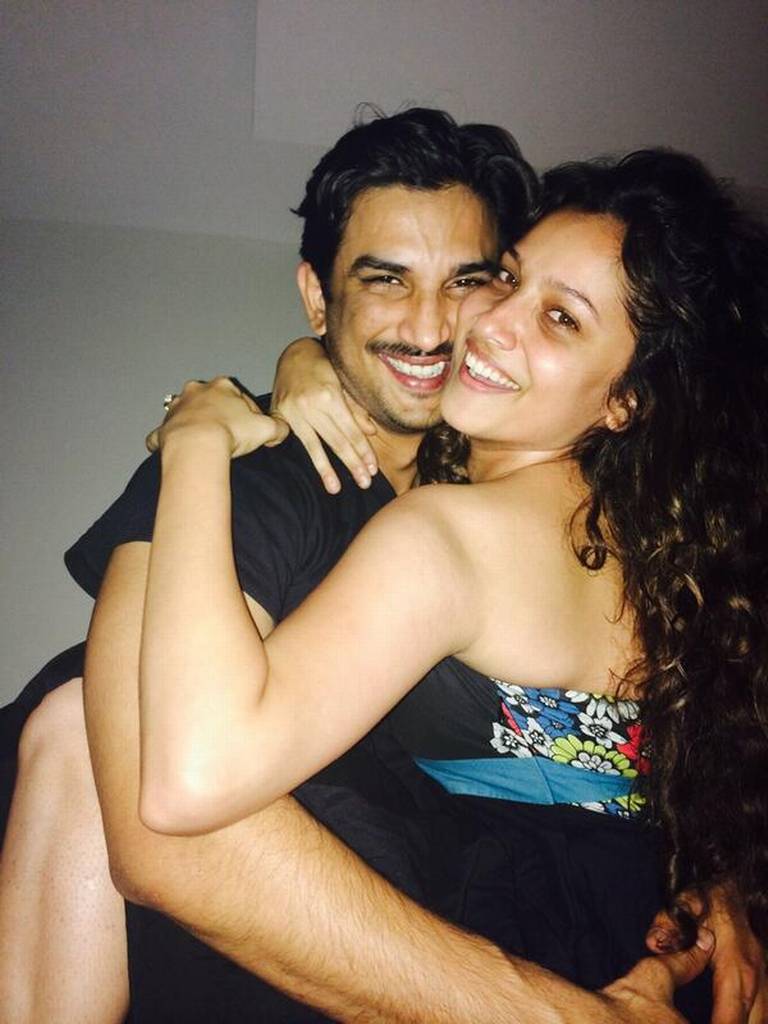 Sushant Singh Rajput's growing popularity is leading to a stronger female following. And, the Shuddh Desi Romance boy loves it when his female fan following makes his lady jealous.

"I feel very happy when Ankita Lokhande is jealous of my female fans!"

Tinsel town is a beautiful place for dreams, but not that solid for relationships. Rumours about their break-up cropped up soon after the success of his films. 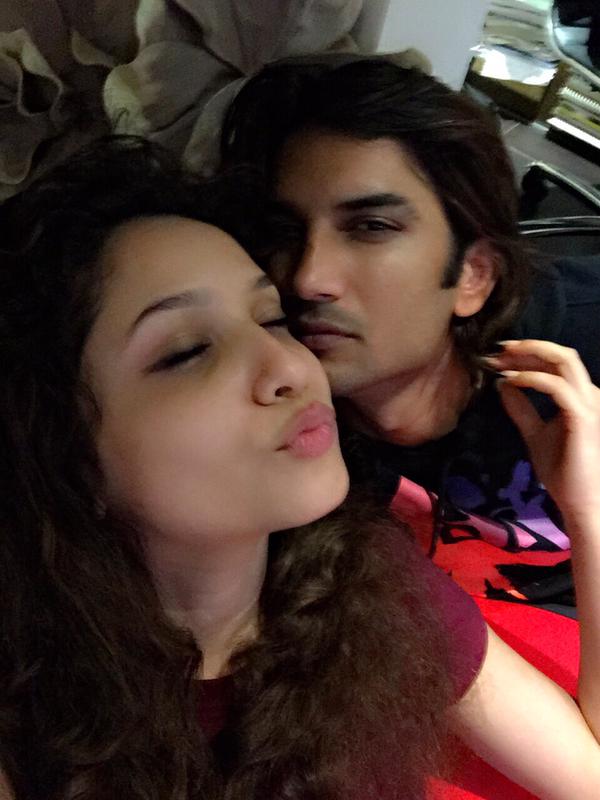 But, Sushant rubbished all the fake stories and asserted:

"I’m lucky to have Ankita in my life. I don’t know what I’d do without her. People say things and she still trusts me. That level of trust is something that I love about her. If I’m in this industry it’s good that I have a partner like her. That level of trust and unconditional love is rare in today’s world."

The couple has confessed that they have received many offers to act together in a movie, but they have not found the right script. Well, we hope that we get to see them act together again soon! 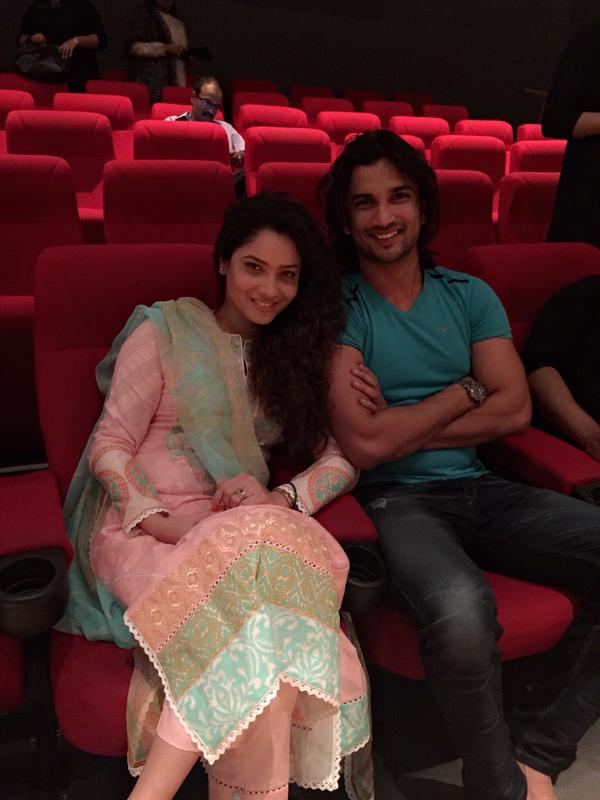 There are rumors that Ankita and Sushant married in Ujjain before moving in together to their apartment, in Malad, owing to parental pressure. But, the couple has always denied this news. If sources are to be believed, the couple will tie the knot in 2016. A source close to the couple said:

"The couple has been asked about its wedding plans numerous times but the two have always maintained that they will announce it soon. However, recently at success bash of PK, when Sushant was asked the same question by a few guests, he responded by saying that the wedding might take place in November next year." 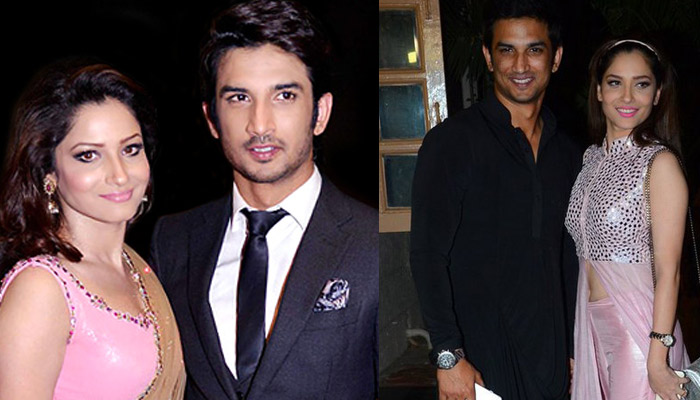 "It just happened naturally. I am honestly not sure. I mean for the past few months, I have been very confidently saying that our marriage will happen in 2016, but Ankita may suddenly say no to getting married next year. You never know.”

Keeping aside the early wedding jitters, Sushant and Ankita are planning to have a big fat Indian wedding. 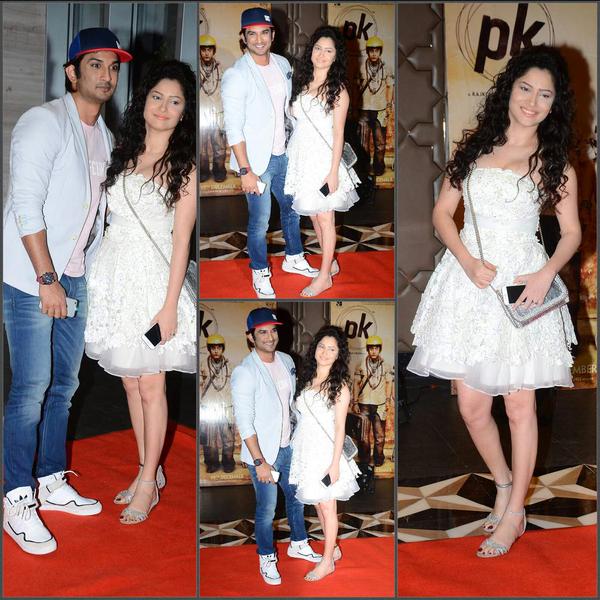 "My side of the family is very chilled out. They will be fine even if I decide to have a court marriage. She wants to get married in a palace in Jodhpur, and I am fine with that."

Concluding from these words, fans can hope to see a lavish Rajput wedding soon! Well, we wish for that too. It would be a real delight to see another on-screen couple get hitched in real life. A big fat Indian wedding, and a world of happiness await for this lovely couple. 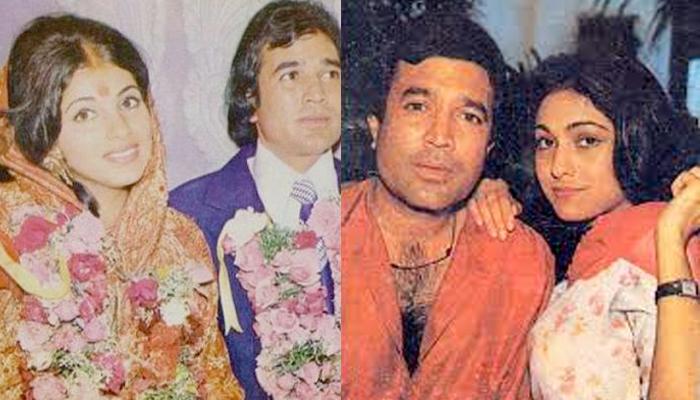 Rajesh Khanna, a name which gives the Indian film industry its identity, ruled the silver screen in the 60s and 70s like a king. Being India’s first superstar, his life and affairs were always in the limelight, but it was his marriage to the then-budding star Dimple Kapadia that made