Lucky Ali's Love Life: A Man Who Was Open To All His Wives That He Is Not A 'One-Woman' Person

Lucky Ali's Love Life: A Man Who Was Open To All His Wives That He Is Not A 'One-Woman' Person

Lucky Ali's marital life has been a roller-coaster ride! Having married thrice in his life and yet not hurting anyone, this man surely knows how to charm his ladies.

Lucky Ali, a significant figure of the Indipop during the 1990s, is one of the most loved singers till date. Lucky Ali was and still is every 90s kids’ God and his songs are still a breath of fresh air to the ears. Everyone in the industry and his fans agree that there is something, something very magical behind that unique voice of his.

His songs can send anyone to a momentary jitter and have a 'feel-good' feeling. Creator of still trending hits, Ek Pal Ka Jeena, O Sanam, Aa bhi jaa, Hairat, Lucky Ali still rules the heart of millions. By the way, there are some interesting unknown facts about your favourite star pertaining to his love life. Want to know? For that, you have to go through the article!

Boney Kapoor Was Once Offered To Play The Lead Role Opposite Wife, Sridevi, This Is How He Reacted 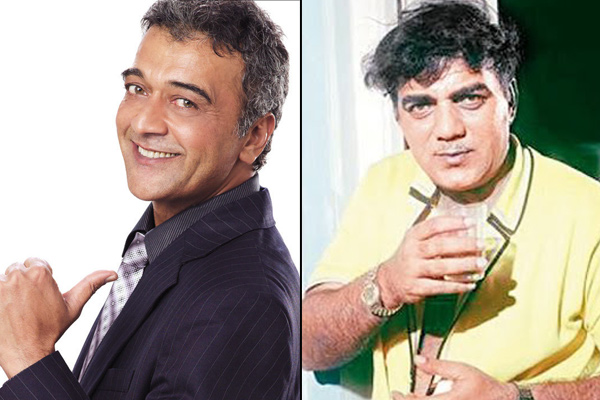 Not many people know but Lucky Ali is the son of legendary Bollywood comedian, Mehmood Ali. His original name is Maqsood Ali but he is more popularly known by his pet name ‘Lucky’. To tell you honestly, this salt-and-pepper looking singer’s life is no less than a Bollywood masala movie. From being a skilled singer, a carpet-cleaner, oil-rigger, horse-breeder, organic farmer, Lucky has been one content and satisfied man instead of having innumerous swings in life. Like the singer himself shared a beautiful quote about life in a throwback interview with the TOI: 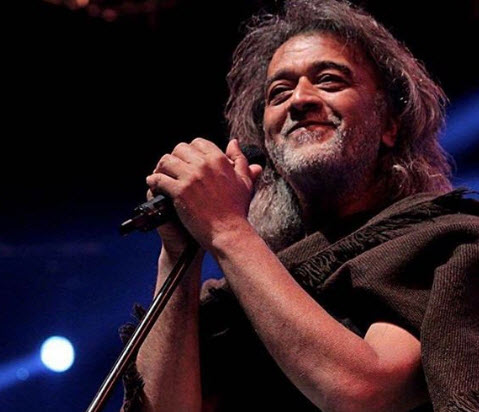 Now let’s move forward towards the most interesting segment of this article. Lucky had married thrice in his life and was clear to his wives that he is not at all a ‘one woman person’. He believes that being in the religion he follows, allows him to marry upto four times, but he has ensured that it is with the consent of the former and that he doesn’t end up hurting anyone. Like he himself had shared once:

When Lucky was tying the knot with his second wife, his father, the legendary Mehmood had warned his second wife about a particular habit of his son. He had then shared:

“He [Mehmood] said to her [second wife Inaya], be careful. He might just take a third wife.” 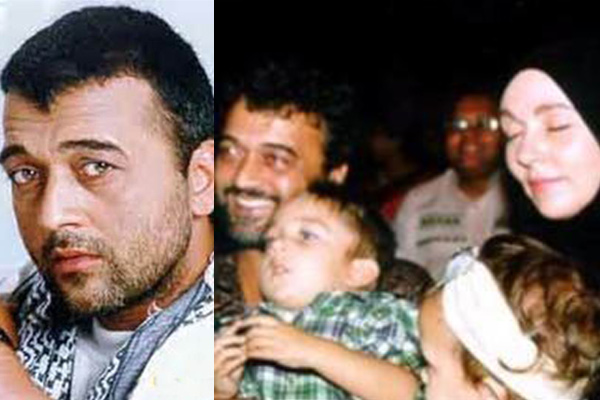 Remember that beautiful damsel draped in blue from Lucky’s first superhit, O Sanam (1996)? Yes, that’s his first wife, Meaghan Jane McCleary. A native of New Zealand, Meghan had come to Delhi for some work when she had met Lucky and his brother, Macky at YMCA Delhi. Then what? Hear it from the music maestro himself:

“My brother says ‘hi’ to everyone. Soon he got talking to Meaghan. Then I joined them. We began meeting regularly and became friends. She went back to New Zealand. That’s when my brother said, ‘She is a good girl. You should marry her.’”

When Meaghan had gone back to New Zealand, Lucky could totally feel her void. So, he decided that as soon as Meaghan returns to India, he would propose her. And he kept true to himself. He had revealed:

“She came to India on a Wednesday, I proposed on a Thursday and we married on a Friday.” The couple got married in 1996, she had changed her faith and they were blessed with two children, a son Ta’awwuz and a beautiful daughter, Tasmia. Lucky, from the very beginning knew that he is ‘free-spirited' and can’t settle in with one woman throughout his life. But Lucky was very clear on something, that he would not hurt the sentiments of anyone. Talking about the same, he had said:

“I always knew I’d have more than one wife. In fact I did tell Meaghan about it when we got married. She thought I was joking.” 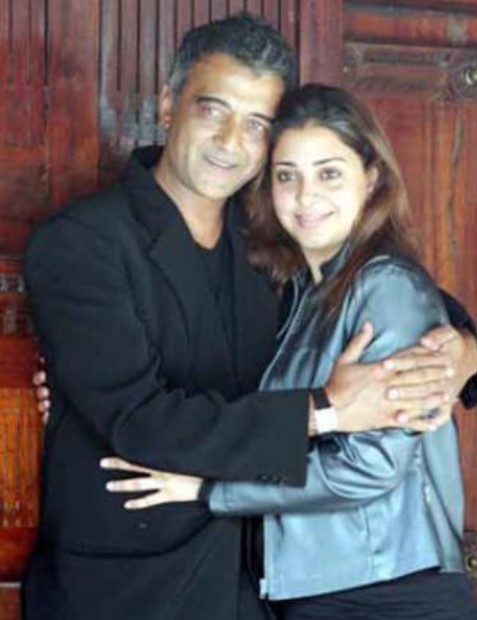 Just as he said, Lucky moved towards his second chance at marriage. He met his second wife, Anahita, a Parsi lady in 2000 and fell for her. Their courtship began at a time when Meaghan was away for a while in New Zealand. Her absence from his life for a while, made him yearn for companionship and that’s when Lucky thought of proposing Anahita (who converted to Islam after marriage and changed her name to Inaya) for marriage and that happened by chance. As Lucky puts in:

“I never knew I was going to get married to Inaya. I was spending  a lot of time in India. I was lonely and needed to be with someone. It happened over a period of time.” But Lucky was far-off from the concept of cheating, so he decided to inform his first wife about his thoughts of second marriage. When Lucky was asked by the TOI in a throwback interview about Meaghan’s reaction when she was informed of his wish to get married for a second time, this is what he had replied:

“Like a martyr. It’s such a hard hit for a woman. Inaya spoke to Meaghan. And she said, ‘Go with Allah’s steps’. I have learnt so many things about life from my wives”.

Lucky and Inaya were blessed with their two children, Raiyan and Sara. 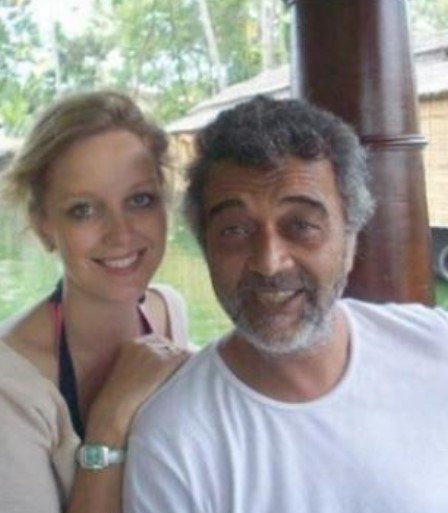 It was not long before Lucky’s father, Mehmood’s words were brought to life. In the year 2009, Cupid had struck Lucky on the sets of a film in Bangalore when he had met his third wife, former Miss England, Kate Elizabeth Hallam. Kate had once shared that without even knowing who Lucky is, she had instantly fallen in love with the charming Lucky. So, in 2010, the couple tied the knot in a court marriage in Bangalore. Like both his wives, Kate adopted Lucky’s religion and was given a new name, Aeisha Ali. When asked about the same, Aeisha had shared with IANS:

“I don't talk about religion. I believe religion divides and faith unites”. 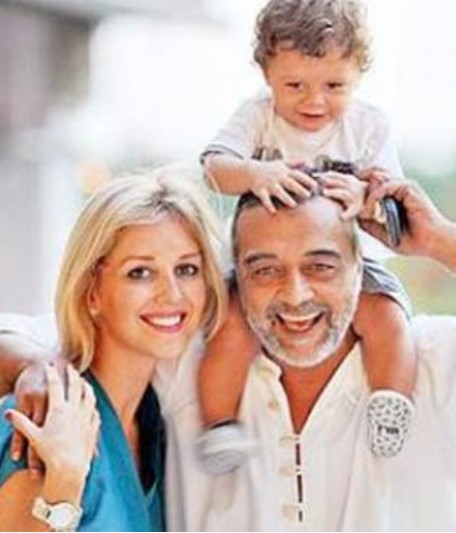 In the year 2011, Aeisha and Lucky had welcomed a new life into the world; an adorable son, whom they have named Dani. When Aeisha was asked if she would like her son to become a singer like his father, the doting mommy replied:

“Dani is a force to be reckoned with and whatever makes him happy, is what he will do." 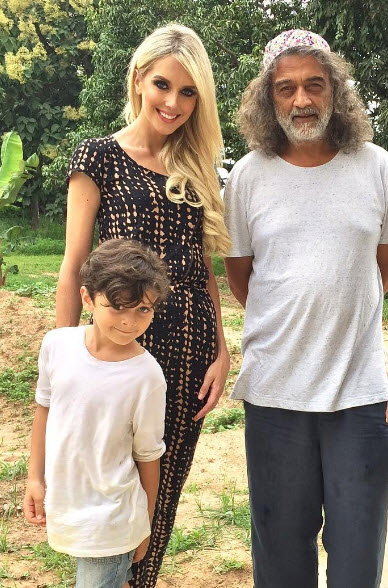 Lucky and Aeisha had separated in 2017. Talking about their split in an interview with The Times of India, Aeisha had said that it is quite hard for a woman when her man's attention is divided. She had also stated that she had yearned for a relationship with a man, who is not divided between three families, but focused on one family. 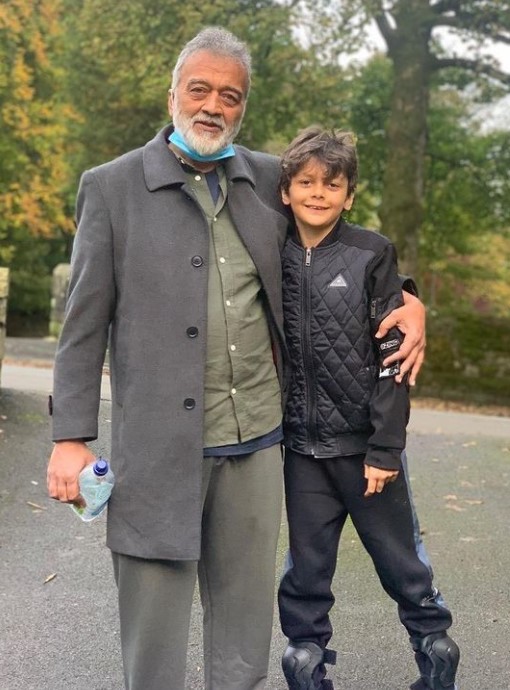 Lucky has time and again shared that his wives are the biggest source of strength for him. He has a harmonious family and his children gel-up well with their half-siblings. They also happen to celebrate festivals together. When asked that if all his children and wives stay under the same roof, the Hairat singer had shared in the throwback interview: 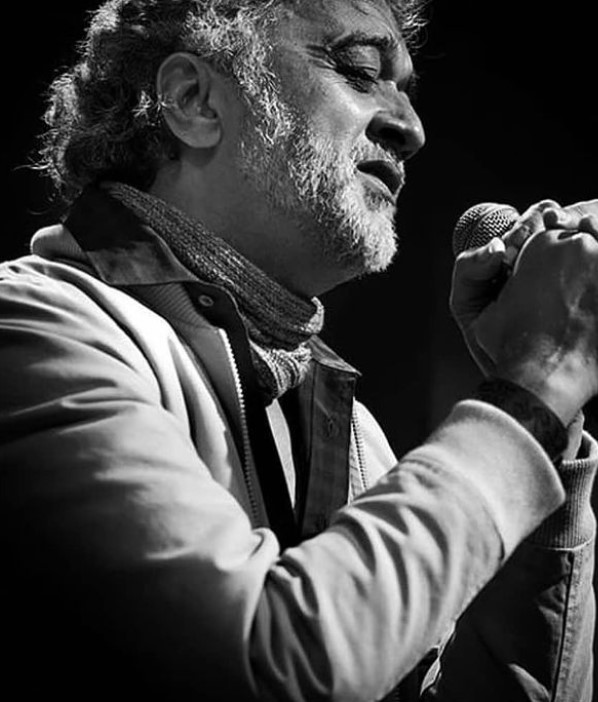 The major source of Luck Ali's income comes from his singing in movies. Apart from this, the handsome actor also earns from events and stage shows. As per the reports of Republicworld.com, Lucky Ali's net worth is 6 million USD, which is approximately Rs. 44 crores.

It is great to see how Lucky has managed to balance his life by adhering to what he wanted and also making sure that no one gets hurt in the process. The singer has currently taken a break from the glitz and glamour, but you can mostly see him in live concerts.

Also Read: Kusha Kapila And Zorawar Ahluwalia's Love Story: From Strangers At An Open Bar To Happily Ever After