Former Indian Captain, Mahendra Singh Dhoni's elder brother, Narendra Singh wasn't included in his biopic, 'MS Dhoni: The Untold Story', and here's the reason behind their feud. Check it out!

One of the greatest cricketers and successful captains in the history of cricket, Mahendra Singh Dhoni is undoubtedly the most loved cricketer of this generation. The right-handed wicket-keeper batsman was the captain of the Indian national cricket team from 2007 to 2017. Under his captaincy, the Indian cricket team won the inaugural ICC World Twenty20 in 2007, ICC Test Championship Mace in 2009, Asia Cup 2010 and 2016, 2011 ICC Cricket World Cup, and 2013 ICC Champions Trophy. Apart from leading the Indian cricket team to new heights, MS Dhoni also won countless individual awards and trophies in his 15-year-long cricketing career.

Whenever we talk about Mahendra Singh Dhoni, it's impossible not to talk about what had happened at the Wankhede Stadium, Mumbai, on the night of April 2, 2011. The entire nation was at a standstill until MS Dhoni finished the game in his trademark style by knocking the ball out of the stadium. What followed was a giant celebration, and MS Dhoni's name was engraved in the hearts of billions of Indians across the world. These are one of the countless memorable moments that MS Dhoni has given to this nation and are the reasons why he is considered as one of the greatest captains and wicket-keeper batsmen in the history of world cricket.

When Ziva Dhoni Shouted 'Papa, Papa' From The Stands To Cheer For MS Dhoni During An IPL Match

MS Dhoni's Photo With Newborn Daughter, Ziva As He Covered Her In His Arms To Protect Her From Crowd

Ziva Dhoni Looked Grumpy As She Stepped Out With 'Papa', MS Dhoni And Mom, Sakshi Dhoni In Dubai

Recommended Read: When Indian Skipper, Mithali Raj Revealed Why She Doesn't Want To Get Married And Is Happily Single Apart from being one of the most successful cricketers of all time, Mahendra Singh Dhoni is also admired by everyone for his grounded and humble nature. The cricketer never fails to inspire people with his hard work and down-to-earth nature, glimpses of which we have seen time and again. Moving towards MS Dhoni's personal life, everyone is aware of the fact that he was born on July 7, 1981, in a middle-class family in Ranchi. 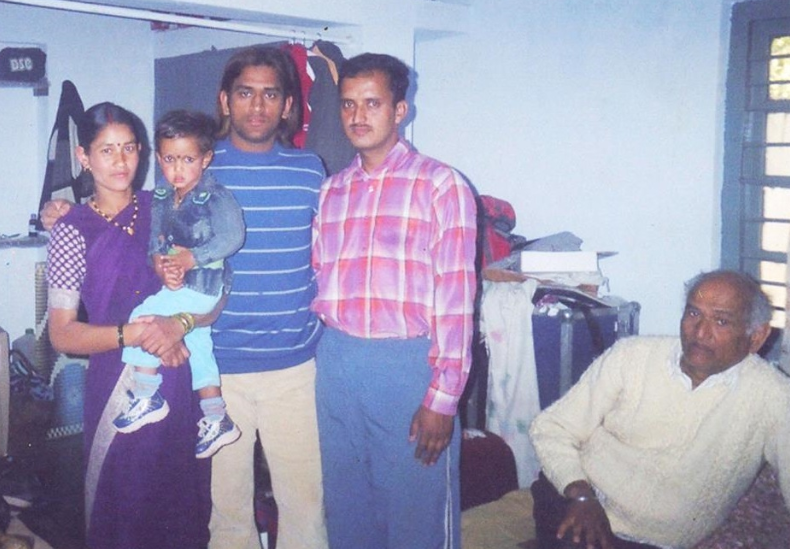 Mahendra Singh Dhoni is the youngest child of his parents, Paan Singh Dhoni and Devaki Dhoni. The cricketer is also blessed with two siblings, an elder sister, Jayanti Gupta and Narendra Singh Dhoni. Although MS Dhoni shares a beautiful bond with his sister, he isn't on talking terms with his elder brother for some years now. 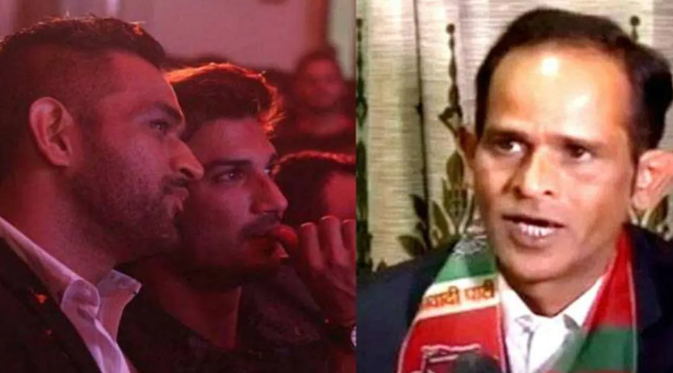 On September 30, 2016, Mahendra Singh Dhoni's biographical drama, MS Dhoni: The Untold Story, directed by critically-acclaimed director, Neeraj Pandey was released in theatres. The film broke numerous box-office records and turned out to be one of the biggest hits of all time. It was the late actor, Sushant Singh Rajput, who portrayed MS Dhoni in his biopic, while Anupam Kher portrayed the role of Dhoni's father, Bhumika Chawla was seen in as Dhoni's sister, and Kiara Advani played Sakshi Dhoni in the film. 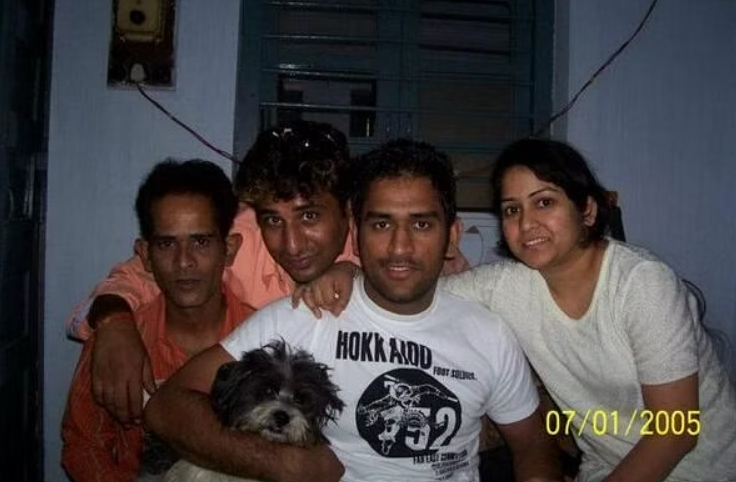 However, the film found no trace of Mahendra Singh Dhoni's elder brother, Narendra Dhoni. When the film was released, this question was on everyone's lips. However, neither the film's director, Neeraj Pandey, nor MS Dhoni himself addressed the snub of Narendra Dhoni from the biopic. If reports are to be believed, MS Dhoni's real brother, Narendra Dhoni, wasn't included in his biopic because of their broken relationship. The two brothers are not on talking terms with each other for many years now.

Don't Miss: Eknath Shinde's Wife, Lata's Major Role In His Success From Being An Auto Driver To Maharashtra's CM

Narendra Dhoni on not getting a mention in his younger brother's biopic, MS Dhoni: The Untold Story 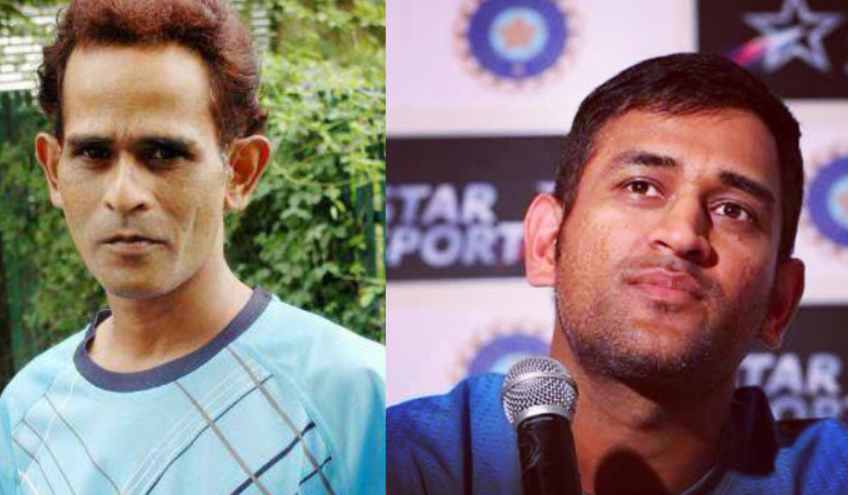 In an interview with the Telegraph newspaper, Narendra Dhoni talked about the reason why he was snubbed from his younger brother, Mahendra Singh Dhoni's biographical drama, MS Dhoni: The Untold Story. The elder brother stated that it could be a decision taken by the film's director, Neeraj Pandey. However, Narendra Dhoni also added that he didn't make many contributions to Dhoni's life and added that maybe that was the reason he wasn't included in the film. He had said:

"It must have been the filmmaker's choice. What can I say? I may be non-existent in the movie because I don't have many contributions in Mahi's life — be it during his childhood, his struggle as a young man or after he became MSD for the world. The film is about Mahi, not his family."

The reason behind Mahendra Singh Dhoni's fight with his elder brother, Narendra Singh 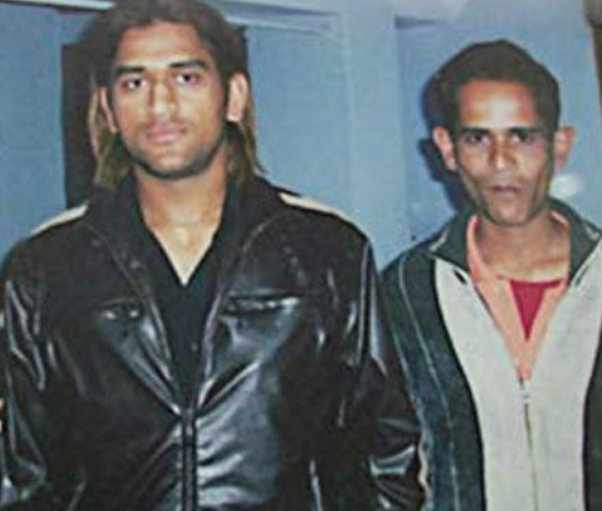 According to multiple reports and media speculations, a person close to Mahendra Singh Dhoni's family once shared that it was a matter of money that soured the relationship between the two brothers. The source stated that MS Dhoni once gave his elder brother a large amount of money to build an old age home in Ranchi. However, Narendra Dhoni had reportedly broken his trust, and instead of opening an old age home, he had gifted the two floors of an apartment to his in-laws. The source was quoted as saying:

"I have seen people calling him money-minded so going to share a personal trivia about him.. Dhoni is youngest of three siblings..he has a brother named Narendra Dhoni. Dhoni in 2008-09 asked his brother to get two floors of an apartment and open an old age home there. His brother gifted away those apartments to his in laws. When the news reached Mahiya, he cut all connections with his brother and built a 5 storey apartment as old age home himself in Ranchi."

You May Like This: Lord Jagannath Temple Denied Entry To Mahatma Gandhi, B.R. Ambedkar And Other Famous People 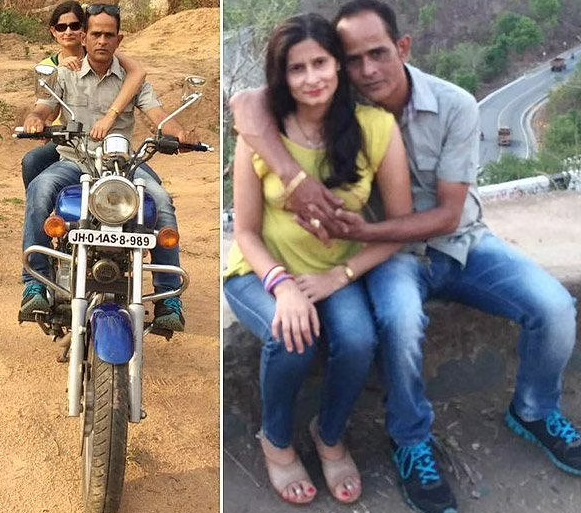 Talking about Mahendra Singh Dhoni's elder brother, Narendra Singh Dhoni's profession, the latter is a politician and had joined the Samajwadi Party in 2013. However, Narendra was previously in the Bharatiya Janata Party (BJP). On November 21, 2007, Narendra got married to his wife, and after some years of their happy married life, they welcomed two kids, a son and a daughter. Talking about Narendra Dhoni's residence, he usually lives in Ranchi with his family but also spends a lot of time in his native village in Uttarakhand. 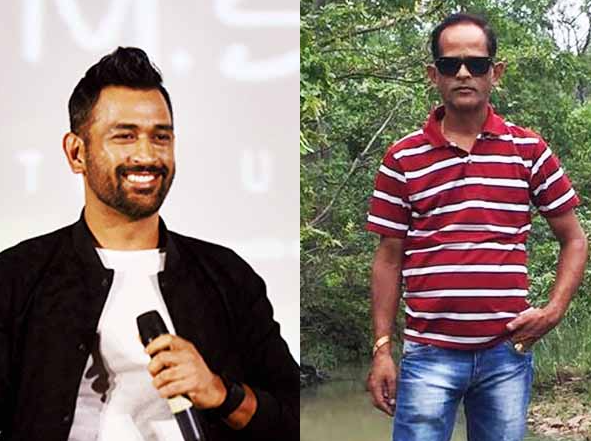 So it was everything about everyone's favourite, captain cool, Mahendra Singh Dhoni's elder brother, Narendra Singh Dhoni. What are your thoughts about the alleged reason behind their feud? Let us know!