After Controversial Affairs With A Singer And A Director, Meenakshi Left Bollywood To Marry A Banker

Yesteryear actress and Miss India 1981 winner, Meenakshi Seshadri was one of the highest-paid actresses of her time. Making her Bollywood debut with the film, Painter Babu in 1983, she received recognition from the 1983 film, Hero. Meenakshi Seshadri is also remembered for her career-defining role in Damini.

The world of glamour and Bollywood is full of mystery and every person who belongs to this industry has their own story of glory. Let us unfold to you the love life of the prominent actress of the 90s era, Meenakshi Seshadri and her link-ups with singer Kumar Sanu, director Rajkumar Santoshi and finally her marriage with Harish Mysore, a US-based investment banker. 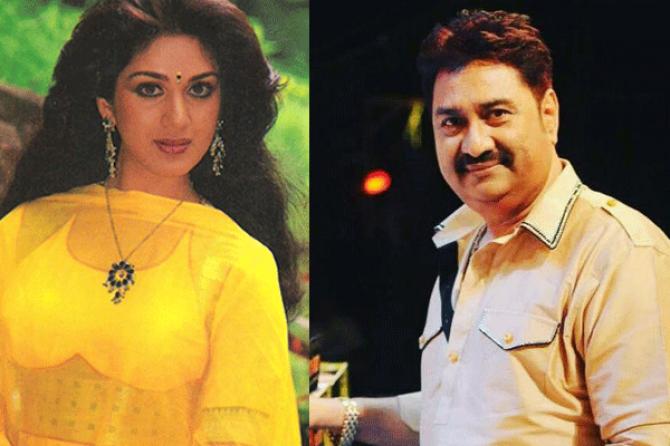 Meenakshi Seshadri and Kumar Sanu first met on the premiere show of Mahesh Bhatt's film Jurm as the famous song Jab Koi Baat Bigad Jaaye of this film was sung by Sanu and was picturised on her. Kumar Sanu was completely awe-struck by the actress’ beauty and it was then only that they both started dating each other. Sanu and Meenakshi managed to keep their relationship under the wraps for almost three years. Kumar was married to Rita Bhattacharya, but the trouble started cropping in their little paradise when Rita got a whiff of his affair with the most appealing Bollywood actress, Meenakshi. In one of the interviews given by Kumar Sanu’s secretary, she stated:

''Kumar has many ‘girlfriends’ and for now, he is dating the popular actress Meenakshi Seshadri.''

When Rita confronted her husband after reading this interview, Kumar refuted all such reports and denied her affair with Meenakshi. But eventually, Kumar Sanu acknowledged his affair with Meenakshi. Reportedly, this was followed by an ugly spat where Rita passed some derogatory remarks on the actress. According to Rita, Sanu was spending all his money on Meenakshi and the two were also sexually involved. This whole episode led to the separation of Rita and Kumar in 1994, as they headed for divorce 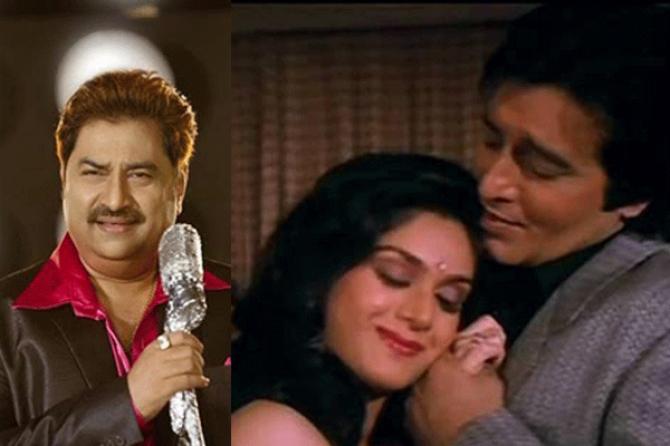 But during this time, Meenakshi and Kumar’s relationship also suffered problems due to his unpleasant divorce. So, after getting divorced from his wife, Rita, Kumar parted his ways with Meenakshi too. Meenakshi Seshadri’s association with the director, Rajkumar Santoshi started off in 1990 while filming for Sunny Deol starrer movie, Ghayal. Rajkumar fell in love with her the moment he laid his eyes on her. After the success of their film, Ghayal, Rajkumar gathered courage and went on to propose his lady-love, Meenakshi. But to Rajkumar's disappointment, his proposal was sweetly turned down by her. He broke down, and in depression, he publicly proclaimed his love for the actress. In an interview later, when asked about his love for Meenakshi, Rajkumar clarified:

“I was in love with Meenakshi, but she rejected me. I wanted to marry her.” Also Read: Kamal Haasan Has Been In Relationship With 5 Women, But Still Alone At The Age Of 62

For Rajkumar, success was not as important as winning the heart of the love of his life. Though it seemed like he was not all wrong in loving her as Meenakshi unintentionally encouraged him. Long drives, long conversations on the phone, suggestions and discussions became a part of Rajkumar and Meenakshi's daily activities and he hoped that someday Meenakshi might say yes to his proposal. One day she approached him to financially help in her project Aag Aur Suhag to which he agreed. But once the advertisement of the film came out, livid Rajkumar went to Meenakshi's place to sort out the matter. Exchanging a heated argument, Rajkumar told Meenakshi's mother:

"You do not know the difference between a proposal and a proposition. I was asking your daughter to marry me not to sleep with me."

As promised, Rajkumar made a film with Meenakshi again in the year 1996, Ghatak. When asked Meenakshi about the change in her relationship with the director, she accepted:

“I’m happy to be working with Rajkumar Santoshi again” 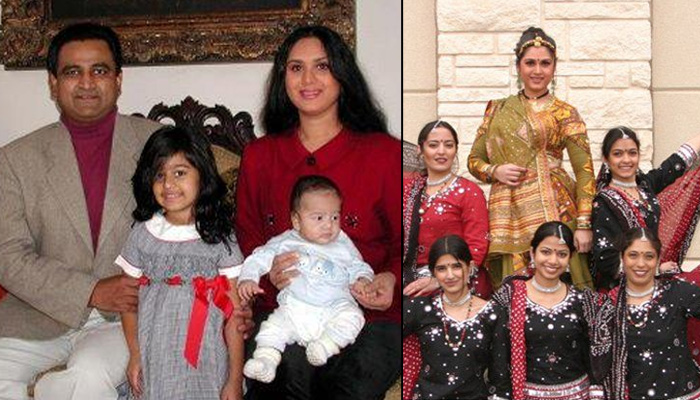 Looked like destiny had different plans for the Damini of Bollywood and she found the love of her life in a chance meeting. In an interview, Meenakshi revealed how fate took her to the US to meet her future husband, Harish Mysore. For an interview, Meenakshi met her husband’s sister who was interviewing her and during the conversation, the journalist mentioned that she had a brother. As Meenakshi was looking for settling down, she asked:

To which, the journalist and her future sister-in-law replied:

Since Meenakshi was travelling to NY at that time, she decided to meet the guy and get to know him. And when Meenakshi and Harish met, they instantly clicked off and connected with each other at a deeper level. Things fell into place, Cupid struck them, and they tied the knot in 1995. Apart from the civil wedding, Meenakshi and Harish had a registered marriage in New York too. 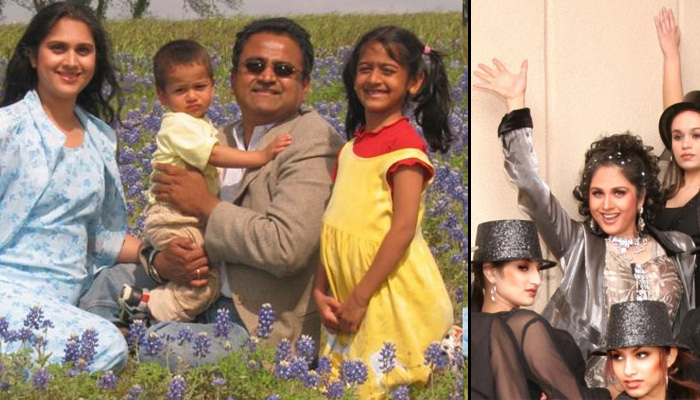 Meenakshi and Harish are blessed with two kids, a son named Josh and a daughter named Kendra. Post-marriage, Meenakshi left Bollywood and shifted to Plano, Texas. Meenakshi teaches Bharatanatyam, Kuchipudi and Odissi at a school named 'Cherish Dance School', which was founded by her hubby, Harish. The school is described as:

“An assembly of talented dancers, a voluntary body to enhance multi-culture, revealing the best talent of people of all ages.”

Meenakshi is not only known for her distinctive acting skills, but also her dancing talent was something to aspire for. Meenakshi is a professional classical dancer trained in Bharatanatyam, Kuchipudi, Kathak and Odissi. Her exquisite looks and her proficiency in the popular Indian classical dance forms were the USPs that defined her. 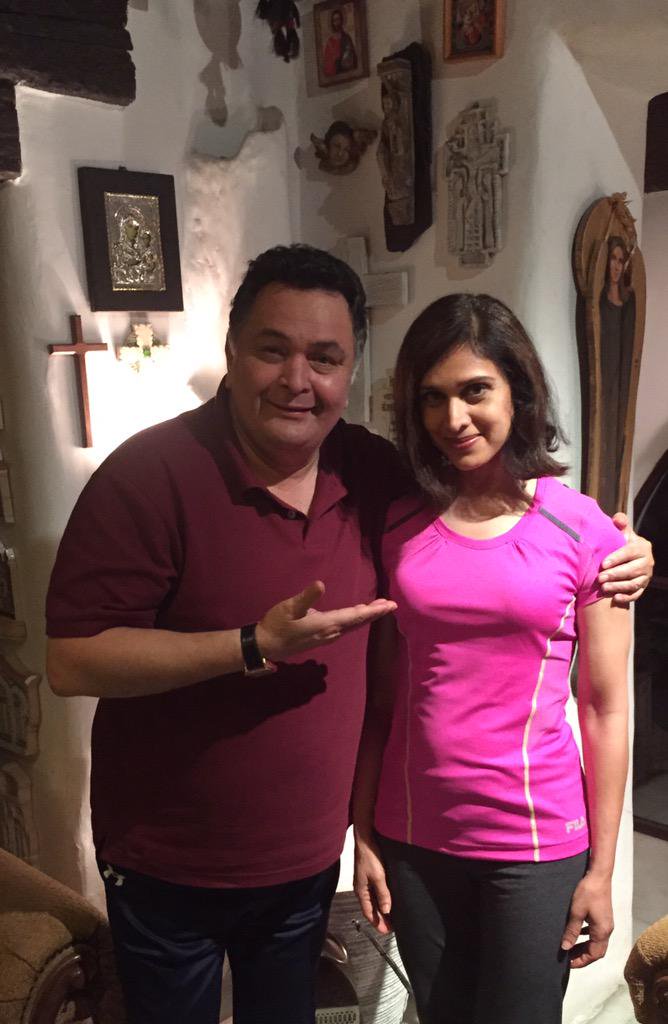 Talking about her departure from her ‘comfort zone’, India, Meenakshi said:

“It was not all that easy for me to settle down in the US. Belonging from a very indo-centric background, life abroad shook me.”

“I just could not relate myself with the US environs. Human beings are so used to their routine that it really takes an effort to change. I never thought of driving and that was my biggest inhibition. I was so used to my driver and above all I was terribly scared of driving, it took me almost three years to plunge onto the freeway.” Meenakshi further talked about her dance school, and revealed:

“This three-year-old dance school goes beyond teaching dance. It is an assembly of talented dancers, a voluntary body to enhance multi-culture, revealing the best talent of people of all ages.”

Meenakshi gave very few interviews and was rarely seen in a chat show. Once she appeared on Movers and Shakers, a talk show hosted by Shekhar Suman, in which she talked about her personal life, her marriage, her passion for dance and her dance academy. In 2006, a documentary was made on the actress with the title “Meenakshi Accepts Her Wings”, which was Meenakshi’s story from an actress to a homemaker.

Meenakshi Seshadri relates and sees herself as a dancer much more than an actress, and this was one of the reasons why she left Bollywood but pursued her desire to extend the wonderful art form, Indian classical dance in a foreign country. We wish Meenakshi success for her dance school.