In an interview, Mouni Roy opened up about the social media trolls that she has been facing for a long period of time and also gave a befitting reply to them. Read on to know more!

Popular actress, Mouni Roy is known for her outstanding acting skills both on television and in movies and for her fashion picks. Currently, she is riding high in her career since her Bollywood debut with the film, Brahmastra. Undoubtedly, the actress is also often trolled for her looks and everything else on social media. Now, in an interview, she gave a befitting reply to them. Coming to her personal life, she had tied the knot with her longtime boyfriend, Suraj Nambiar, on January 27, 2022. Since then, the madly-in-love couple's respective IG handles have been filled with glimpses of some of their beautiful moments.

For instance, on August 8, 2022, Mouni Roy's darling husband, Suraj Nambiar turned a year older, and his wife had given a sneak peek into the celebration on a yacht. In the pictures, the two of them looked adorable while twinning in white. They were also seen setting their mood with wine and having a gala time. However, what caught our attention was Mouni and Suraj sharing a passionate kiss in their cosy pictures. In the following ones, they were seen lost in each other's embrace while locking their lips passionately. Along with it, Mouni had penned:

Mouni Roy And Suraj Nambiar Twin In Red As They Seek Blessings From Spiritual Leader, Sadhguru

Mouni Roy And Her Hubby, Suraj Nambiar's Honeymoon Is All About Snow And Hot Coffee

Mouni Roy Is Enjoying Her Honeymoon With Suraj Nambiar, Poses In Front Of Snow-Capped Mountains

"Happy birthday, the shining (star emoji) of my life and the giver of best cuddles and kisses in the world..I can’t wait to spend an eternity tog…My err’ything, the best part of me..Am just the luckiest to have wished you into my reality @nambiar13."

Recommended Read: Priyanka Chopra Shares A Cute Moment With Her Daughter, Malti, Drops A Vintage Picture With Her Dad 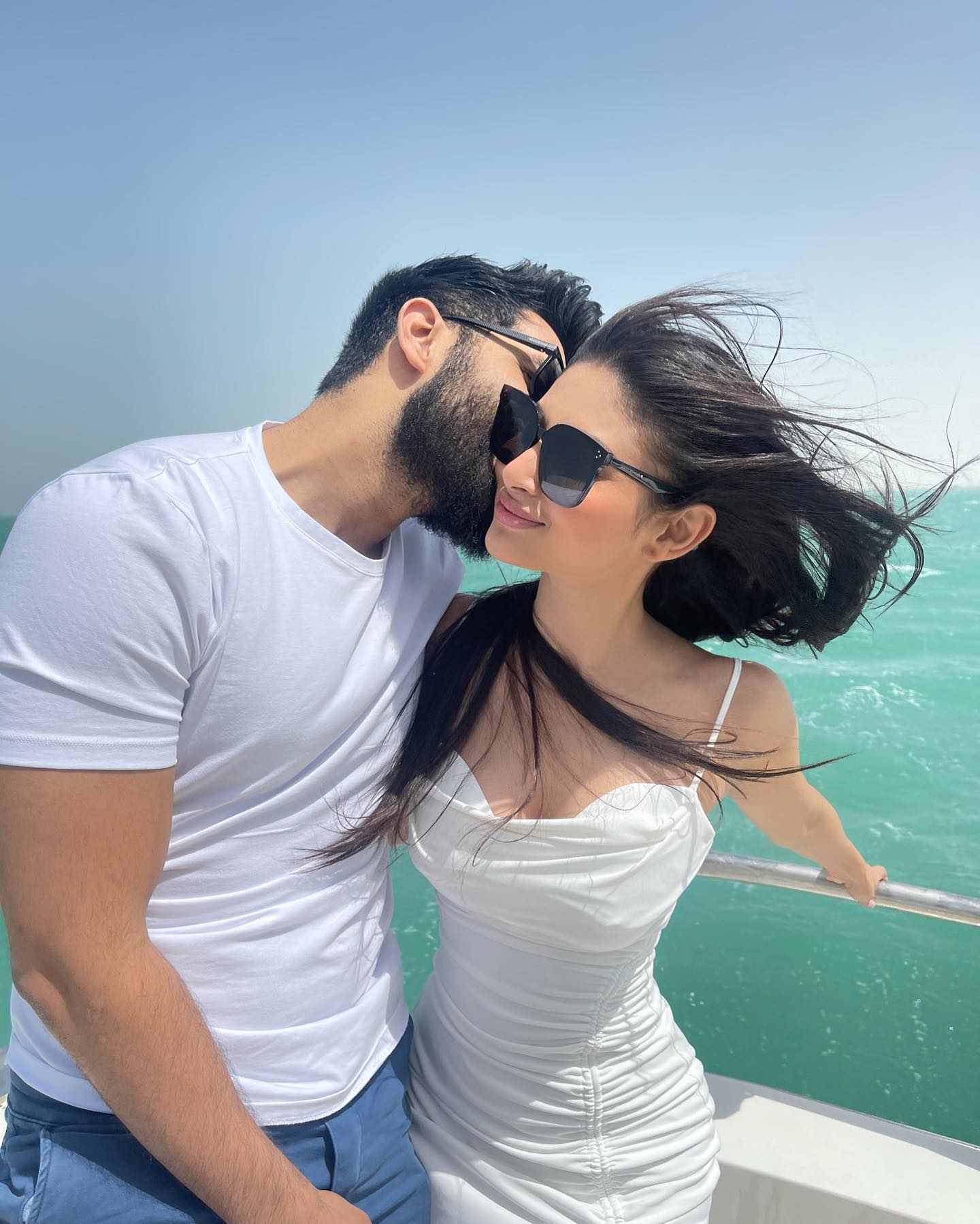 In today's time, there's no such celebrity who doesn't come under the media radar and social media scrutiny. With this, they also need to face huge trolling with whatever they may do- starting from taking up negative roles in films and serials, to opting for various clothes, and even about their personal life. Mouni Roy has also faced these brutal trolling many times in her life. However, without paying any attention to it, she kept on giving one after the other stellar performances in her life. Finally, she opened up about the same in an interview with BollywoodLife, and gave a befitting reply to the trolls. She said:

“They feel like it's their importance, keep doing it, it's okay. It doesn't affect me.” 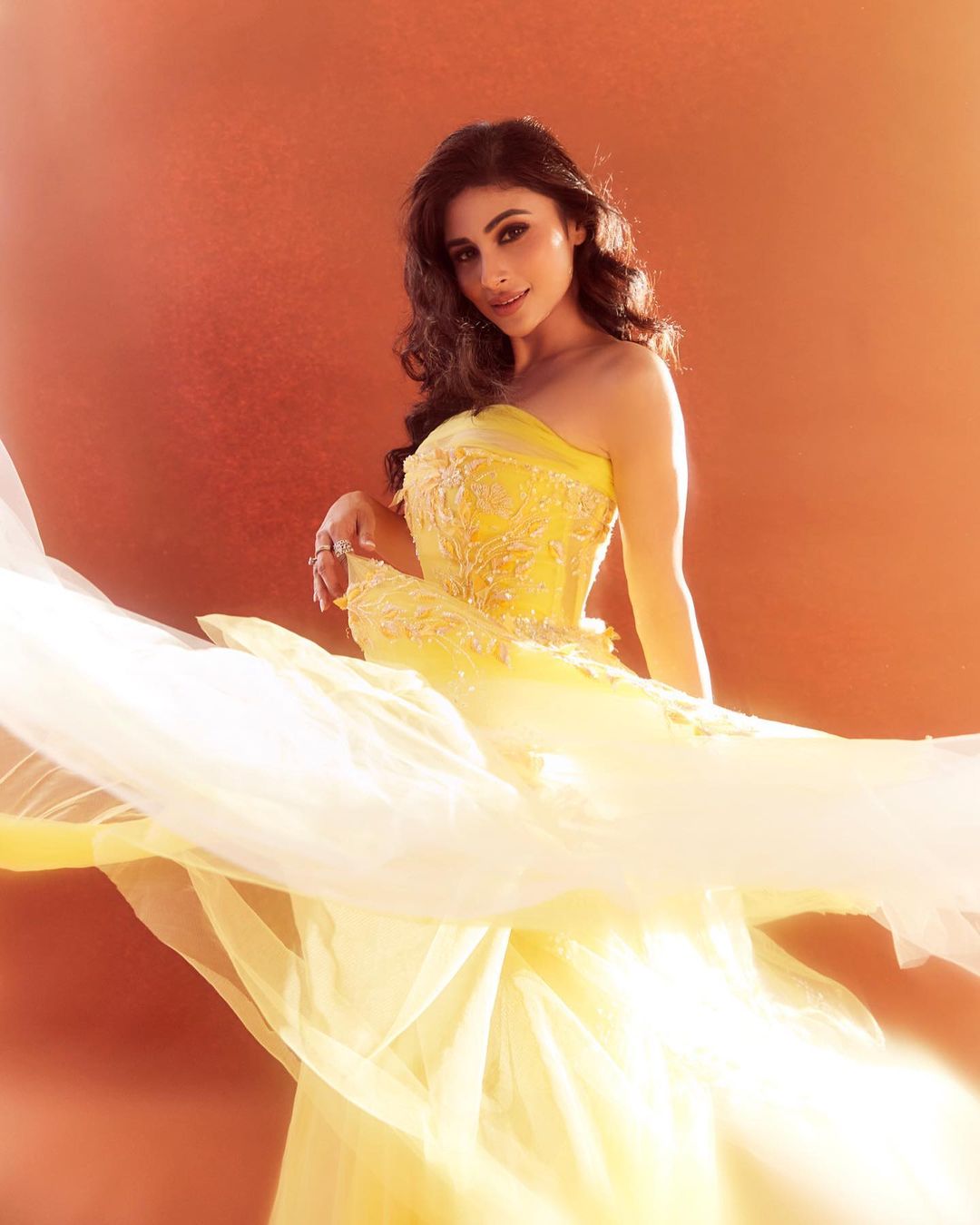 Earlier, in another interview with BollywoodLife, Mouni had opened up about her life after marriage to Suraj. She also bared her thoughts out on embracing motherhood. During the conversation, she was asked if her relatives or family members ever pressured the couple to have a baby. To this, the actress mentioned that her close ones are pleased with her career growth, and nobody in her family ever raised the topic of embracing motherhood, as all of them support her career growth at this point. Further, in the same interview, Mouni revealed her and her darling hubby, Suraj Nambiar's plans to embrace parenthood. Talking about the same, she mentioned that the couple has been married for just 8 months and added that they're just focusing on their respective careers right now. And as the actress is riding high in her career path, Mouni revealed that she has two more movies, thus embracing motherhood is the last thing on her mind at the moment. 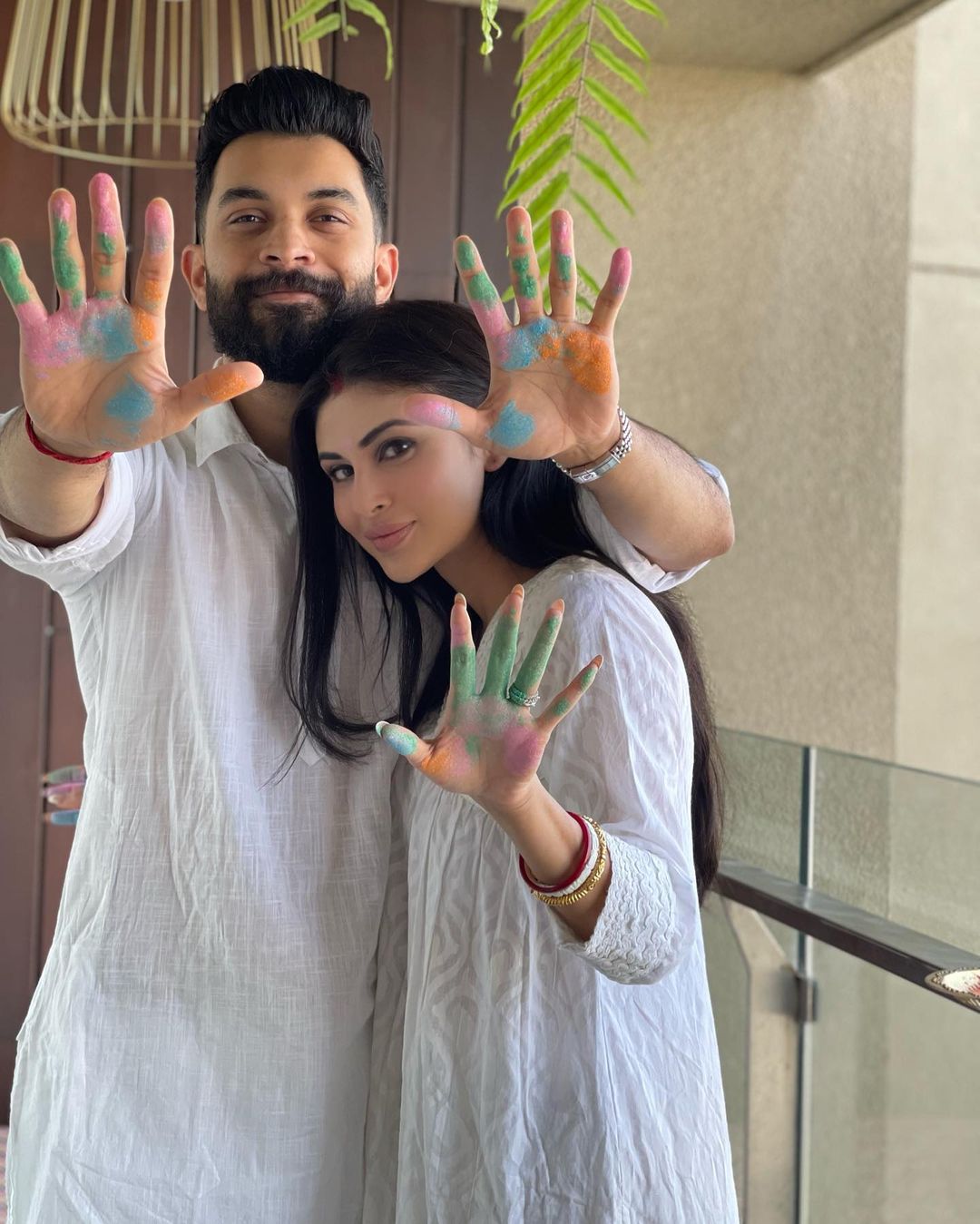 What do you think about Mouni's befitting reply to the trolls? Let us know!

Also Read: Ranbir Kapoor And Alia Bhatt Have Already Started Fighting As They Prepare For Their First Child

Mouni Roy And Suraj Nambiar Twin In Red As They Seek Blessings From Spiritual Leader, Sadhguru