A look inside Nawazuddin Siddiqui's net worth. From 'Sacred Games' actor's charge per film to his lavish lifestyle and a fleet of cars, here's everything you need to know about his net worth.

One of the biggest names in the Indian film industry, Nawazuddin Siddiqui is riding high on the professional front, and with every film, his stature in the movie business keeps on rising. The actor is admired by millions across the world, not only for his impeccable acting chops but also for his humble background and incredible success story. The actor had proved the mettle of his acting skills with his performances in films and web series like Black Friday, Gangs of Wasseypur, Kick, Bajrangi Bhaijaan, Manjhi - The Mountain Man, Raman Raghav 2.0, Raees, Babumoshai Bandookbaaz, The Lunchbox, Manto, Thackeray, Raat Akeli Hai, Sacred Games and many more.

Despite all this success and popularity, Nawazuddin Siddiqui is one of the few celebrities in the film industry, who prefer to stay away from the limelight. We have hardly seen him attending lavish B-town parties and event functions as the NSD graduate is more focused on sharpening his acting chops. However, the actor leaves no stone unturned to stun the audiences with his performances, which is one of the reasons why everyone is in love with this actor. So, today, we take a closer look at Nawazuddin's earnings and net worth!

Most Expensive Things Owned By Nia Sharma: From An All-White Decor Home To A Swanky Audi, And More

Varun Dhawan's Net Worth, The 'Millennial Hero No. 1' Of Bollywood Owns Apartment Worth Rs 20 Crores

Abhishek Bachchan And Aishwarya Rai Bachchan's Combined Net Worth, She Owns A Ring Worth 70 Lakh

Kumar Vishwas And His Wife Manju Sharma's Love Story: From College Romance To Leaving Their Families

Lata Mangeshkar Left Property Worth Crores: From A Luxurious Bungalow In South Mumbai To Swanky Cars 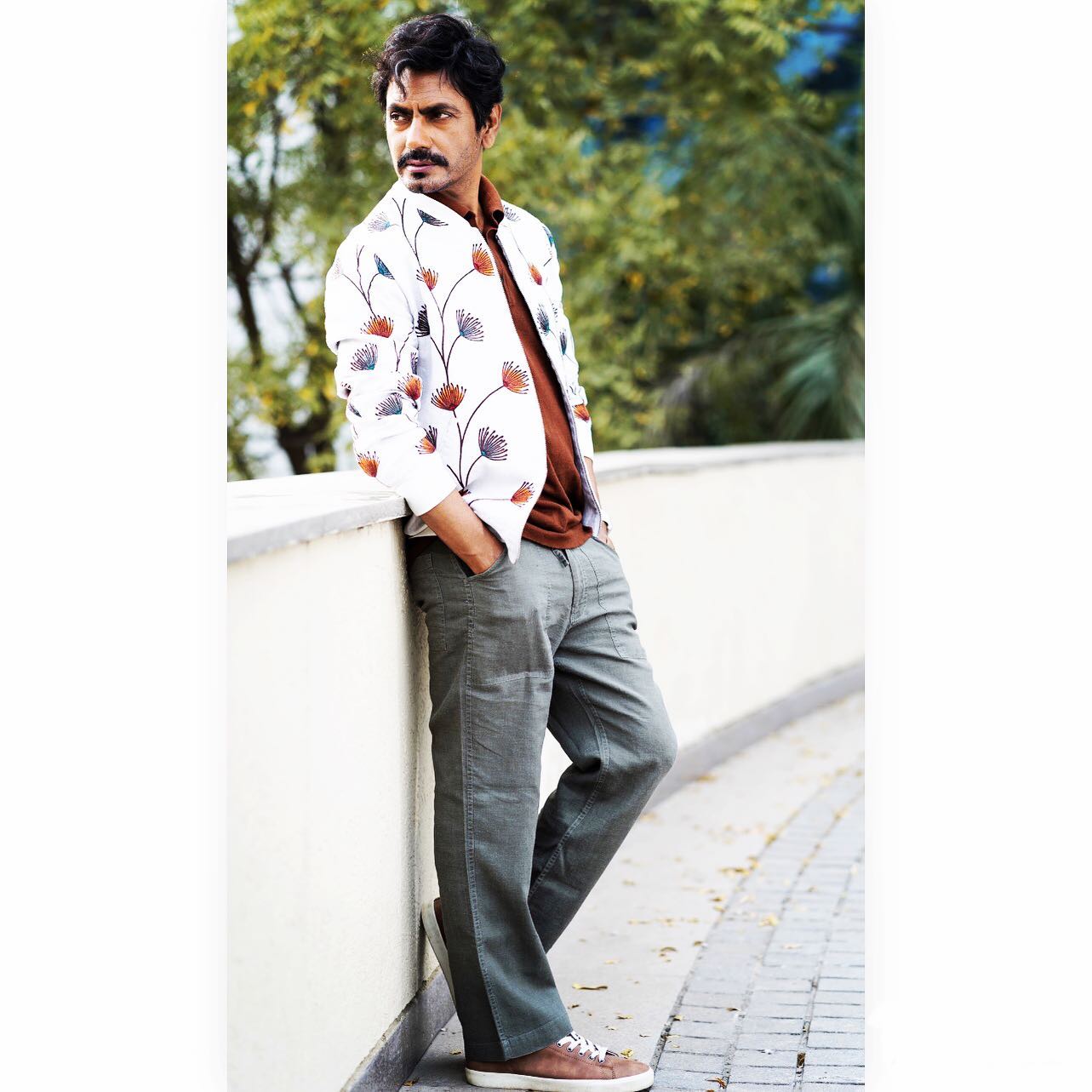 Although Nawazuddin Siddiqui had lived in a single room with four others during his struggling days, the actor had purchased an apartment for himself in the J and K co-operative housing society in Versova, Mumbai in 2017. He used to live there with his family and he had bought it for a sum of Rs. 13 crores. However, after spending some time there, he had moved into his new home, Nawab, with his family. 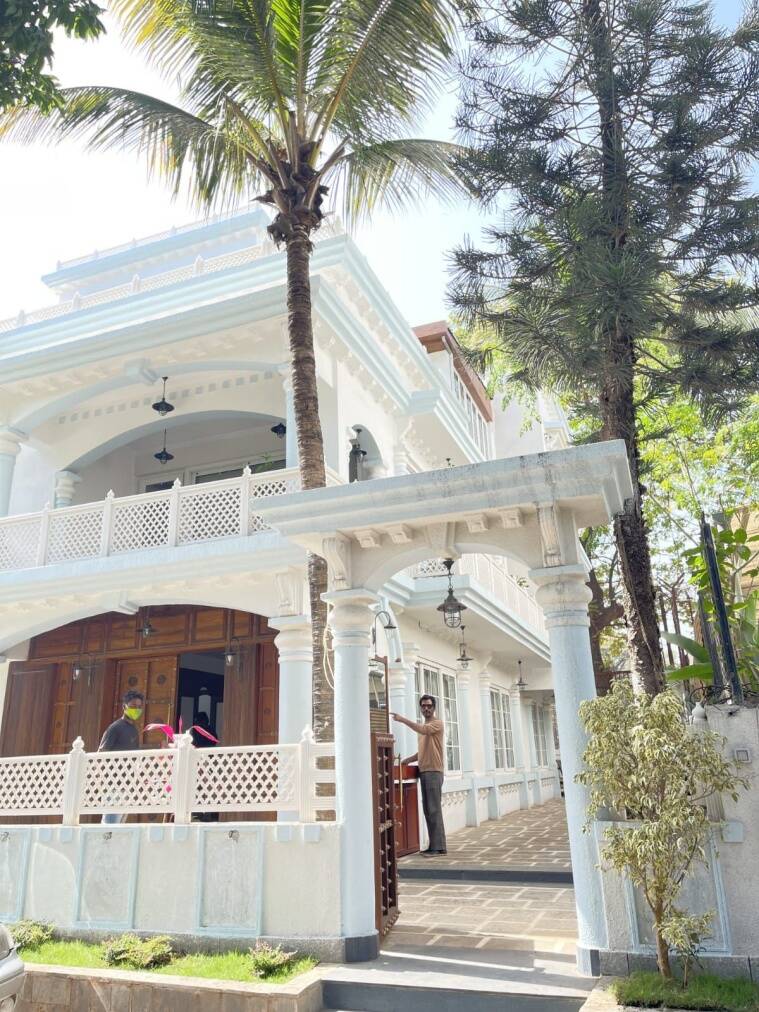 After completing almost a decade in the Hindi film industry, Nawazuddin Siddiqui had managed to build a home for himself in Mumbai. However, it had taken him three years to design and renovate the entire bungalow from scratch. Also, the house is reportedly inspired by his old house back in his hometown, Budhana. The luxurious house boasts a spacious verandah, white exteriors and a huge terrace that is perfect for catching some sunsets. As per the reports, Nawazuddin had named his bungalow 'Nawab' in remembrance of his late father, Nawabuddin Siddiqui. 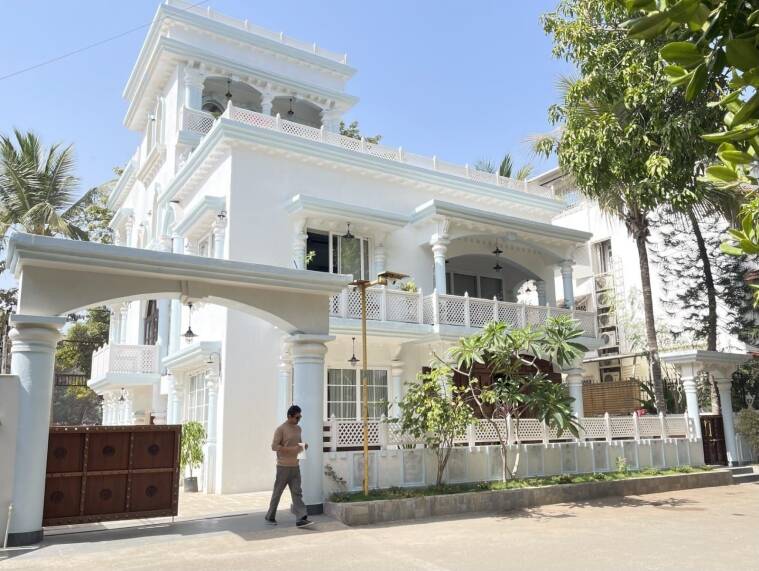 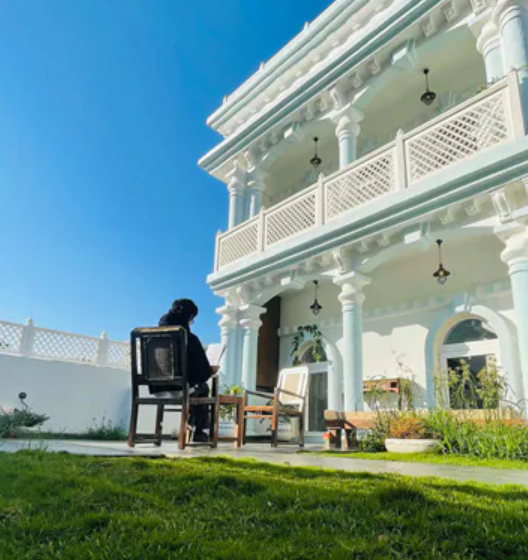 In an interview with The Times Of India, Nawazuddin Siddiqui had opened up about his journey from living in a single room with four people to being the owner of a luxurious house in Mumbai. Reflecting on the same, the actor had admitted that he is grateful for all the love and respect he has been receiving from the audience, and he would make sure to keep on entertaining them with his work. However, Nawazuddin had also compared his new home with the room he used to live in during his struggling days. He had said: 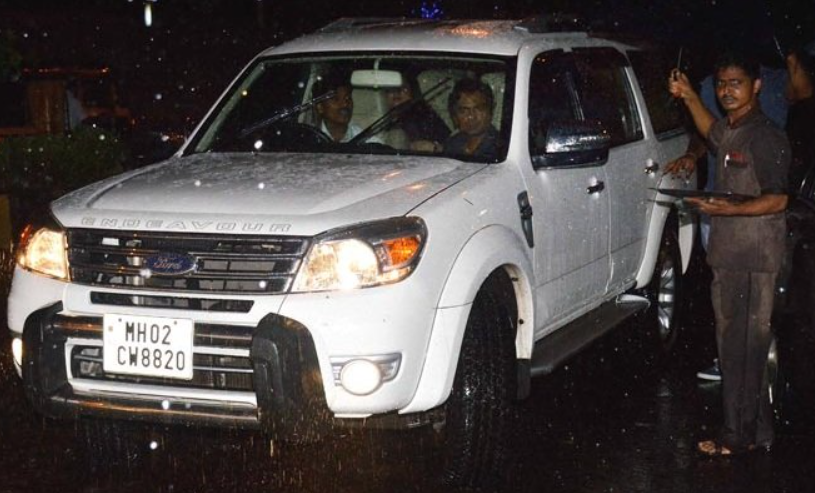 The Lunchbox actor, Nawazuddin Siddiqui is one of the rare actors in the film industry, who isn't a big fan of fancy cars. Thus, he got only two cars in his garage, and those two aren't much expensive from the point of view of a celebrity of his stature. Nawazuddin's first car is the popular Ford Endeavour, which is famous for its off-road capabilities. It is a powerful car and a good value for money as it also features a spacious cabin, rear-wheel-drive system, and comfy seats. The actor had purchased it at a price of somewhere around Rs. 19 lakhs to 23 lakhs. 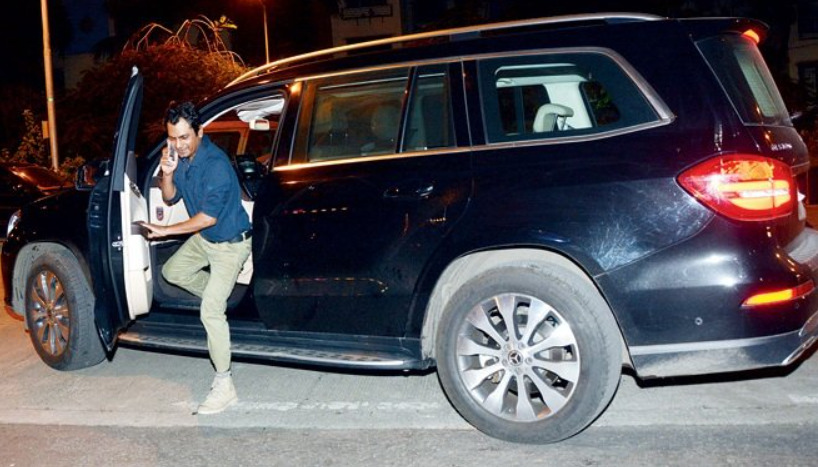 The second car parked inside Nawazuddin Siddiqui's garage is the luxurious Mercedes-Benz GLS worth around Rs. 1.20 crores. Well, before you start doubting his interest in cars, we would like to uncover the big catch in this. So, the super-expensive car, Mercedes-Benz GLS was gifted to him by his brother, Shamas Siddiqui, after the success of Nawaz's first solo film, Babumoshai Bandookbaz.

Nawazuddin Siddiqui charges this much for one movie 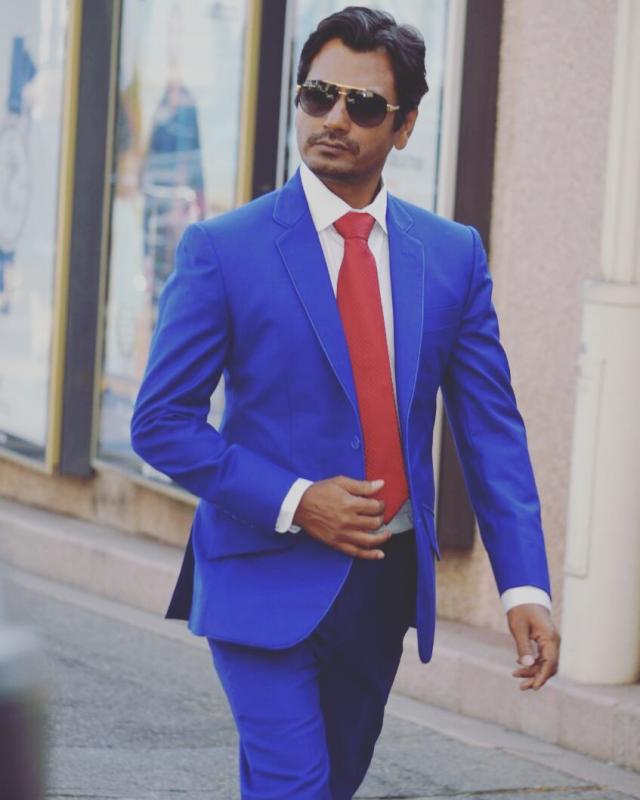 One of the most-asked questions about Nawazuddin Siddiqui is how much he charges for a movie, and the answer to this question is quite staggering. The Sacred Games actor reportedly charges Rs. 6-7 crores for a single film. After the success of his OTT films, Raat Akeli Hai and Serious Men for whom he had won the Filmfare OTT Award for Best Actor-Male, Nawazudin had reportedly increased his price per film. Moreover, with so many mega-projects in his hand, this figure will only go in the upward direction.

You May Like This: Most Expensive Things Owned By Kartik Aaryan: From A Lamborghini Worth Crores To A Dream Apartment

Nawazuddin Siddiqui's other sources of income Apart from his primary source, which is earning from films, Nawazuddin Siddiqui is also indulged in many other projects that bring him a lot of profit. According to a report in Aaj Tak, Nawazuddin earns more than Rs. 1 crore in a single month through his appearance at public events and functions. Other than that, Nawazuddin charges a sum of around Rs. 1 crore per brand endorsement. Also, as per the report, Nawazuddin's personal investments are around a whopping sum of Rs. 82 crores. 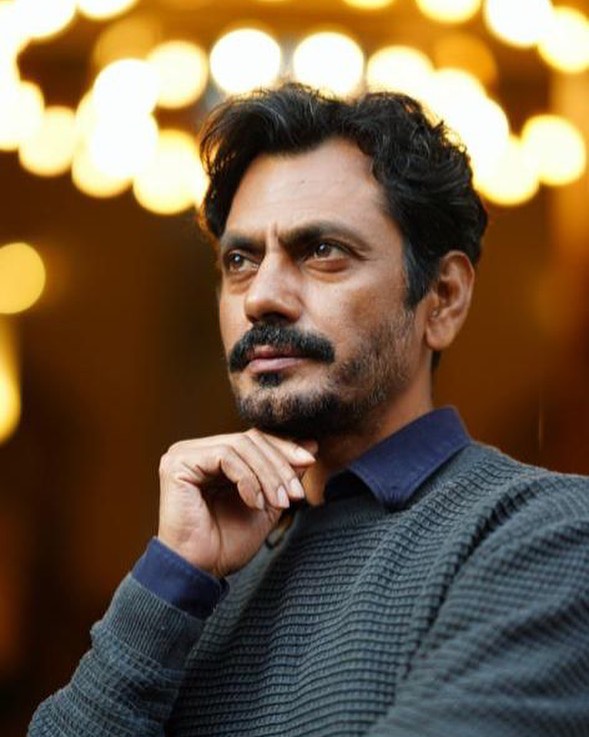 According to a report in Aaj Tak, Nawazuddin Siddiqui's net worth is around Rs. 96 crores. Although the amount is too much, but reflecting on the massive success he had achieved in recent times, Nawazuddin's net worth looks entirely believable. For all the doubters out there, who still think Nawazuddin isn't that much of a big star. Then they should know the fact that he is the only actor in the entire world, whose eight films have been selected and screened at the prestigious Cannes Film Festival. 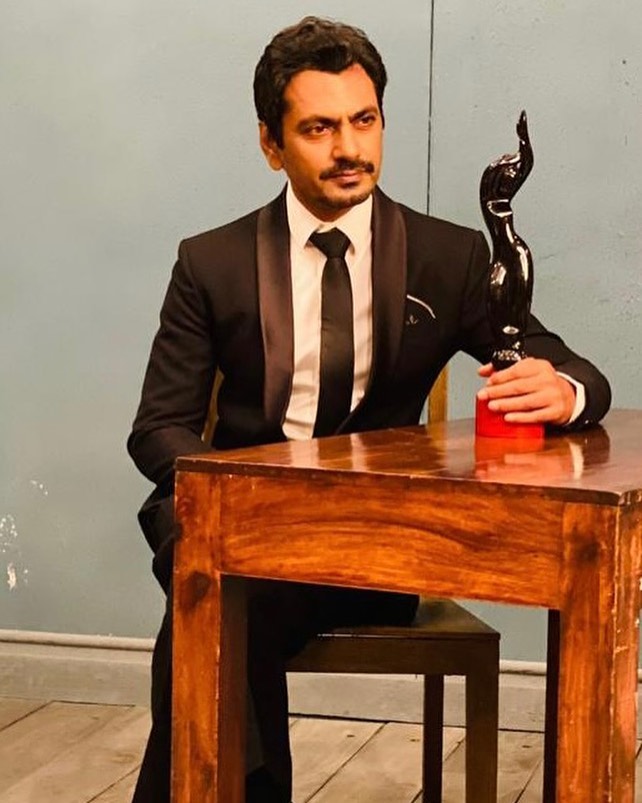 It's incredible how Nawazuddin Siddiqui had succeeded in his life and how he had taken the industry by storm once he had got his much-awaited big chance. We hope he keeps on inspiring us with his powerful performances on the screen.

Next Read: A Louis Vuitton Bag Worth Rs 2 Lakhs To A Mercedes, Here Are Expensive Things Owned By Karan Johar

Most Expensive Things Owned By Nia Sharma: From An All-White Decor Home To A Swanky Audi, And More

Varun Dhawan's Net Worth, The 'Millennial Hero No. 1' Of Bollywood Owns Apartment Worth Rs 20 Crores