Bollywood actress, Neena Gupta talked about the toughest phase of her life and revealed why she was jealous of actress, Shabana Azmi. Check out!

Neena Gupta, a timeless beauty, has lived a life filled with gloomy days and storms, but she has always stood up stronger despite it all. From choosing a profession against her parents will, her marriage getting cancelled just a week before, raising a beautiful daughter being a single mother and finally making a comeback as an actor in her late 50s, Neena is a true inspiration for all. In a career spanning over four decades, it is only recently that the veteran actress has been bagging some incredible roles to play in movies.

Though her parents wanted her to be an IAS officer, she made her own destiny in the world of showbiz. Now, Neena opened up and revealed why she was extremely jealous of popular actress, Shabana Azmi in the 90s. Talking about her personal life, Neena had walked the road less taken by having a child out of wedlock. She was in a relationship with an already married man and cricketer, Vivian Richards and had welcomed their daughter, Masaba Gupta into this world single-handedly.

Masaba Gupta Wishes Father, Vivian Richards On His Birthday With A Rare Picture From Her Childhood

Neena Gupta Shares She Hasn't Seen A Happy Marriage, Advices A Friend To Leave Her Husband

Masaba Gupta Gives It Back To A Troll, Who Wishes For Her To Have A Miscarriage And Whore-Shamed Her 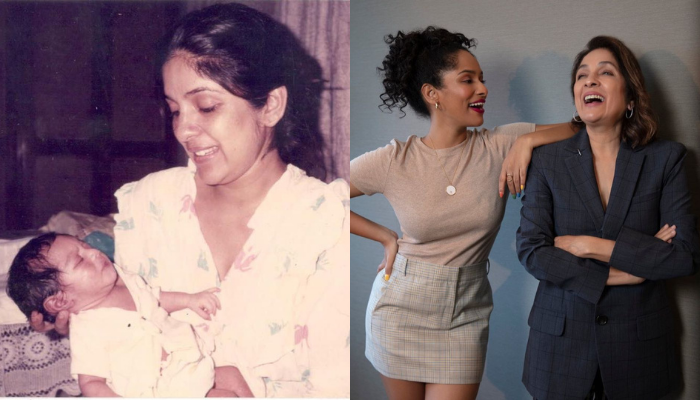 In a recent interview with The Indian Express, Neena Gupta got candid about her past experiences in Bollywood and mentioned how she was thrown out of projects in the 90s. Neena mentioned that she was very jealous of actress, Shabana Azmi because she would get most of the better roles in the 90s and directors and producers would often thew her out of a project for which she was previously signed. Talking about the unprofessionalism she faced in the industry, Neena shared:

“Long time back, I used to be jealous of Shaban Azmi because she used to get all the nice parts. There were many other actresses also. Sometimes I was told that we are doing this role but was thrown out from it. I am now much calmer because I am getting good parts to play.”

Neena Gupta has always been ahead of her time. At the age of 50, the actress had married a Delhi-based chartered accountant, Vivek Mehra and had proved that love has no age barriers. A while ago, in an interview with The Indian Express, Neena had revealed the real reason behind making a comeback to silver screens with the popular movie, Badhai Ho at the age of 59. She had mentioned that after getting married, she had thought of taking a break from her work life and enjoy the marital bliss. However, soon the actress had realised that the people for whom she had taken the break were themselves very busy in their careers. In her words:

“I got married and I thought – ‘let me enjoy married life.’ I was working 24/7 before that and I had no time to enjoy myself, go to a beauty parlour or see a movie or meet people. So, I thought, ‘Chalo maine ab bohot kaam karliya hai. Now, I have found a good guy. Now, I will enjoy my life and relax. But what happened was that I realised that jinke liye main ye sab kar rahi hun, they didn’t have time for me. People were always busy with their things. So, I realised that it is wrong and that I have to work because it is the most important thing in everybody’s life.”

Also Read: New Daddy, Nick Jonas Gifts His Wifey, Priyanka Chopra A Swanky Beast With Her Name Printed On It

In Neena Gupta’s autobiography, Sach Kahun Toh she had mentioned many unknown anecdotes about her life. She had also shared her then-lover, Vivian Richards reaction to her pregnacy. She had penned:

"I also understood I wasn’t the only person who had a say in the situation. The baby’s father, Vivian, had an equal right. So, I called him one day and spoke to him for a long time.‘I’m pregnant,’ I told him. ‘Would you have a problem if I were to have your baby?’ Vivian sounded happy and said I should go ahead. This assured me that I was doing the right thing." On the work front, Neena Gupta will be seen in the upcoming web series, Panchayat 2.

Next Read: Tejasswi Prakash And Karan Kundrra Share A Passionate Kiss, His Emotional Note Will Melt Your Heart

Masaba Gupta Wishes Father, Vivian Richards On His Birthday With A Rare Picture From Her Childhood