Neha Dhupia embraced motherhood for the second time with the arrival of her baby boy. She talked about her postpartum body and body positivity.

Neha Dhupia welcomed her second child, a baby boy, with her actor-husband, Angad Bedi earlier this month. They also have a daughter, Mehr, who was born in 2018. She has been constantly sharing her experiences during her second pregnancy through her social media handles.

Angad had announced the news of his baby's arrival on his Instagram handle. Sharing a picture from Neha's maternity shoot, Angad had written, "BEDIS BOY" is here!!!!!! The almighty today blessed us with a baby boy. Both Neha and the baby are well. Mehr is ready to pass on the "baby" title to the new arrival. Waheguru Mehr kare @nehadhupia, thank you for being such a warrior through this journey. Lets make it a memorable one for all 4 of us now."

Angad Bedi Reveals The One Thing He Loves The Most In Wifey, Neha Dhupia And It Will Make You Blush

Recommended read: Mira Rajput Works Out With Hubby, Shahid Kapoor On Their Maldives Vacation, The Latter Snuggles Her In an interview with ETimes, Neha, who is the mother of two children now, opened up about her second pregnancy and body positivity. She also shared a few parenting lessons and revealed that having two small kids is exciting as well as exhausting. Talking in the interview, Neha opened up about a few hardships that she and Angad have faced and remarked that ‘these are exciting times’. She shared, "You know what you are getting but it gets twice as demanding. There are sleepless nights, you are pulling your head apart, there is a lot of time management but these are exciting times. We are kind of figuring it out. It is a bit demanding and we are trying to find a balance.... but ho jaayega!" 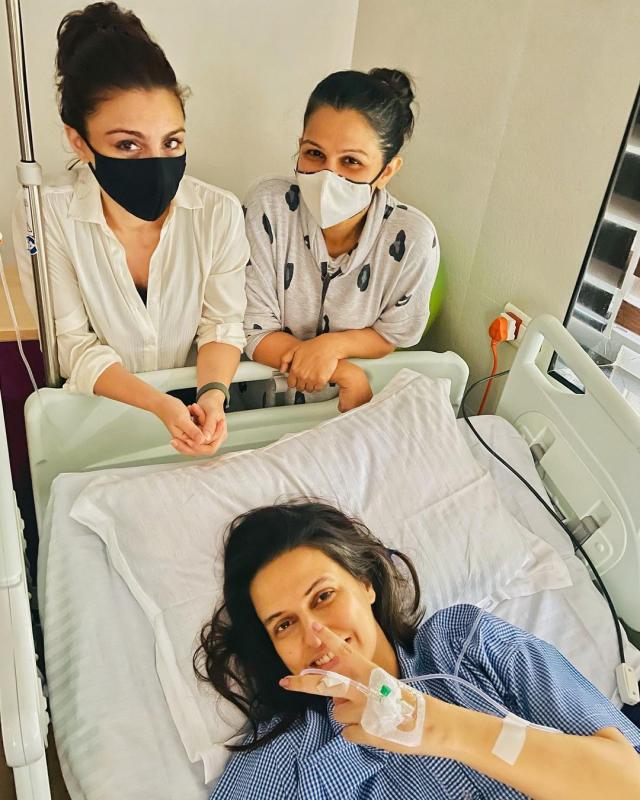 Furthermore, the actress also shared her feelings during the pregnancy and also shared a few lessons about body positivity. Sharing the details, she said, "I want to go back to my prenatal body which I had before my two kids (laughs). But the truth is that I am happy in the body that I have right now and we need to stop overthinking. I am in my postpartum body right now, there was someone in me and I am left like a bag but I feel so good to be able to give life and I speak for all mothers. Don’t put yourself through it, don’t overthink."

Also read: Mahima Chaudhry On Bollywood's Dark Side: They Only Preferred Virgins Who Hadn't Even Kissed Once Earlier, in an interview with ETimes, Neha Dhupia had talked about getting back to work after six days of her son’s birth. She had said, “On the ninth day, after Mehr was born, I was back at work. This time around I returned to work on the sixth day after the delivery. Yes, I already did two shoots at home. With the little baby around it was must for the team to do their tests and only then they stepped into the house. I personally feel that if you want a break then it is important to have one as recovery is very important.” Neha had further shared that it is important to give yourself time after childbirth. She had added, “Child birth takes a lot from you. It is not easy. So, my advice is you give yourself time to recover. It’s just that I am extremely fond of what I do and I wanted to get back to work as soon as possible that I started working. Options like work from home have proven to be such a blessing in today’s day and age. Work is holy to me. I have worked my way up and there’s a long way to go. I feel like my entire career has been about just being relevant at all times - neither being extremely successful nor being invisible.” 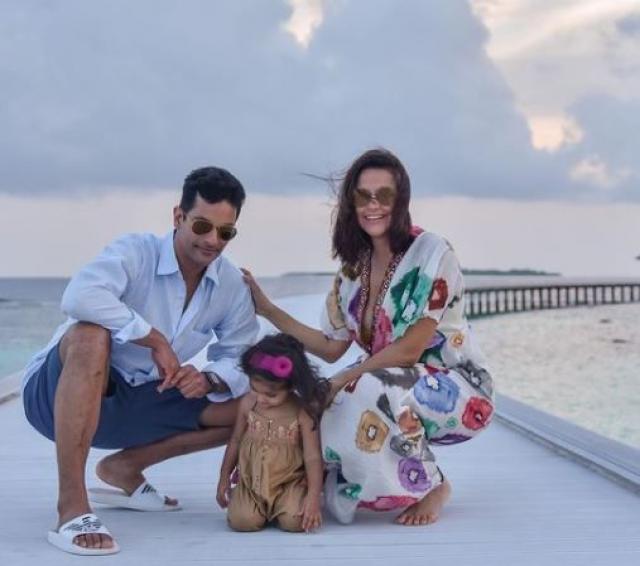 Meanwhile, on the work front, Neha Dhupia will next be seen in the upcoming movie, Sanak! 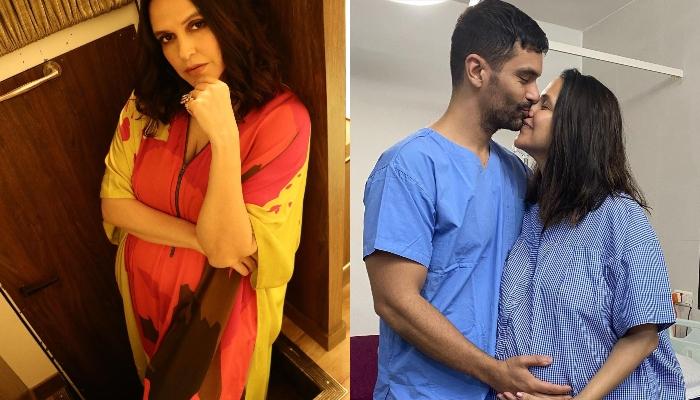 Bollywood diva, Neha Dhupia is enjoying every moment of being a mommy of two adorable munchkins. The gorgeousness loves sharing glimpses of her happily ever after with her best friend, Angad Bedi. Recently, Neha posted a beautiful picture of her husband, Angad Bedi spending some alone time with their newborn