Popular singer, Neha Kakkar revealed what she received from her brother, Tony Kakkar on 'Raksha Bandhan', shares video of the same on Instagram. Find out!

No matter how much they annoy us, but it's always hard to imagine what our life would have been with them not being around. Though growing up with them wasn't like a fairytale, to be honest, but a childhood without them wouldn't be as special and cherishable as it is with them. Even if we don't tell much often, we do love each other unconditionally. For instance, let's talk about one of the most adorable star siblings of the entertainment industry, Tony Kakkar and Neha Kakkar, these two are simply are exemplars of the sibling relationship in its purest sense. (Recommended Read: Soha Ali Khan Shares Photo Of Inaaya Copying Taimur's Pose From Their 'Raksha Bandhan' Celebrations)

Neha Kakkar, Tony Kakkar And Sonu Kakkar Wish Their Mother On Her Birthday With All-Smiling Pictures

Tony Kakkar Finally Reveals Who His 'Dream Girl' Is, Neha Kakkar's Reaction On The Pic Is Unmissable On August 3, 2020, popular singer, Neha Kakkar took to her Instagram handle and posted a set of videos and pictures with her brother, Tony Kakkar from their rakhi celebrations. The doting sister, Neha is looking beautiful in her blue kurta, while her brother, Tony is looking dapper in his tiger-print shirt. Along with the video and pictures, Neha wrote a caption in which she revealed that her brother gifted her a sea star watch from Tissot. Her caption can be read as "Time' is the most precious gift you can share with the most precious people in life So this #Rakshabandhan , my token of time to the most amazing brother in the world @tonykakkar , is the newest #Tissot #Seastar watch Happy Raksha Bandhan Everyone! @tissot_official #Rakhi2020." Take a look. (Don't Miss: Jay Bhanushali Posts Cute Video On Daughter, Tara Bhanushali's First Birthday, Mahhi Vij Drops 'Aww')

Neha Kakkar shares a wonderful bond with her brother, Tony Kakkar, which is pretty evident from her social media feed, as she keeps showering her love on him, now and again. On April 9 2020, Neha Kakkar had taken to her Instagram handle and had written a beautiful, heartfelt note for her brother, Tony Kakkar, on his birthday, along with several cute pictures of both of them together. The note could be read as, "Happy Birthday to the Most Humble, Most Beautiful Human Being, Most Good Looking, Most Talented, Best Guide, The Man with No Hatred for Anybody, Only Love, One In Trillions, #BestBrother Ever! My Jaan @tonykakkar. Tum Jaisa Koi Nahin I love you. #BirthdayBoy #TonyKakkar Bhaiyuuuu #NehaKakkar #KakkarSiblings #KakkarFamily #NehuDiaries." Have a look: 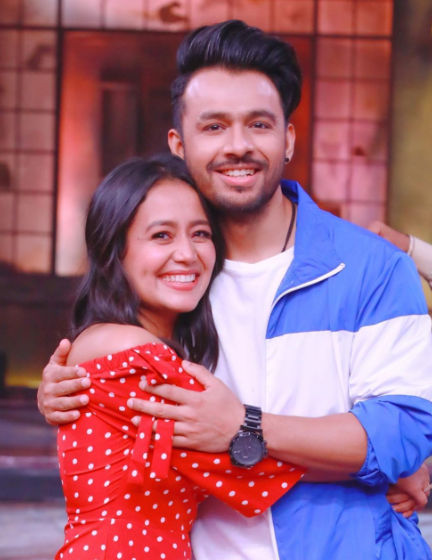 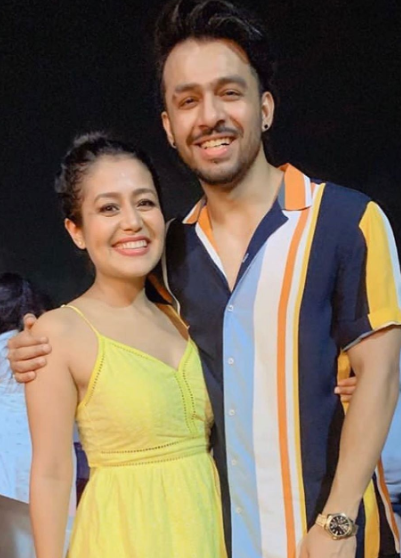 On June 6, 2019, one of the most versatile singers of Bollywood, Neha Kakkar had turned a year older and her elder brother, Tony Kakkar had taken to his Instagram handle to wish his baby sister. The singer had shared a picture from the griha pravesh ceremony of their house. Along with that, he had written a short note, which could be read as "Happy Birthday my star @nehakakkar I love you more than coffee nehuuuuuu Samjhi na meri choti pagli.. Mera beta.. #NehaKakkar #TonyKakkar". (Also Read: Kareena Kapoor Khan Shares A Throwback Picture From A Photoshoot When Taimur Was In Her Tummy) 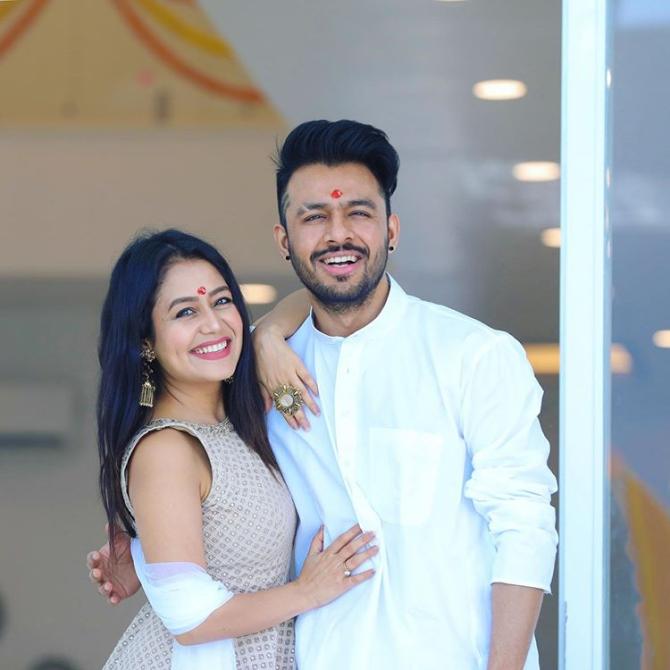 Here's wishing a happy Raksha Bandhan to all of you!

Neha Kakkar, Tony Kakkar And Sonu Kakkar Wish Their Mother On Her Birthday With All-Smiling Pictures