Newly married, Hansika Motwani received a kiss from her husband, Sohael Khaturiya after their dreamy marriage at the Mundota fort. Check out!

Hansika Motwani, whom we all knew as ‘Karuna’ from Shaka Laka Boom Boom, has grown into a beautiful woman. On December 4, 2022, Rajasthan witnessed the actress’ grand wedding with the man of her dreams, Sohael Khaturiya at the Mundota fort and palace. And trust us when we say that Hansika looked like the most royal bride ever!

A few moments ago, we got hold of a precious picture of Hansika and Sohael from their wedding mandap, which is too cute to be missed. Right after her sindoor moment, newly married, Hansika got a peck of love from her hubby. In the portrait, Sohael planted a kiss on Hansika’s forehead while she lived the satisfying moment with a slightly shy smile and closed eyes.

Newly-Married, Farhan Akhtar And Shibani Dandekar Groove Together At Their Christian Wedding [Video]

Mouni Roy Celebrates With Girl Gang In Goa, Ignites Sparks Of Her Bachelorette Party [Pics Inside] 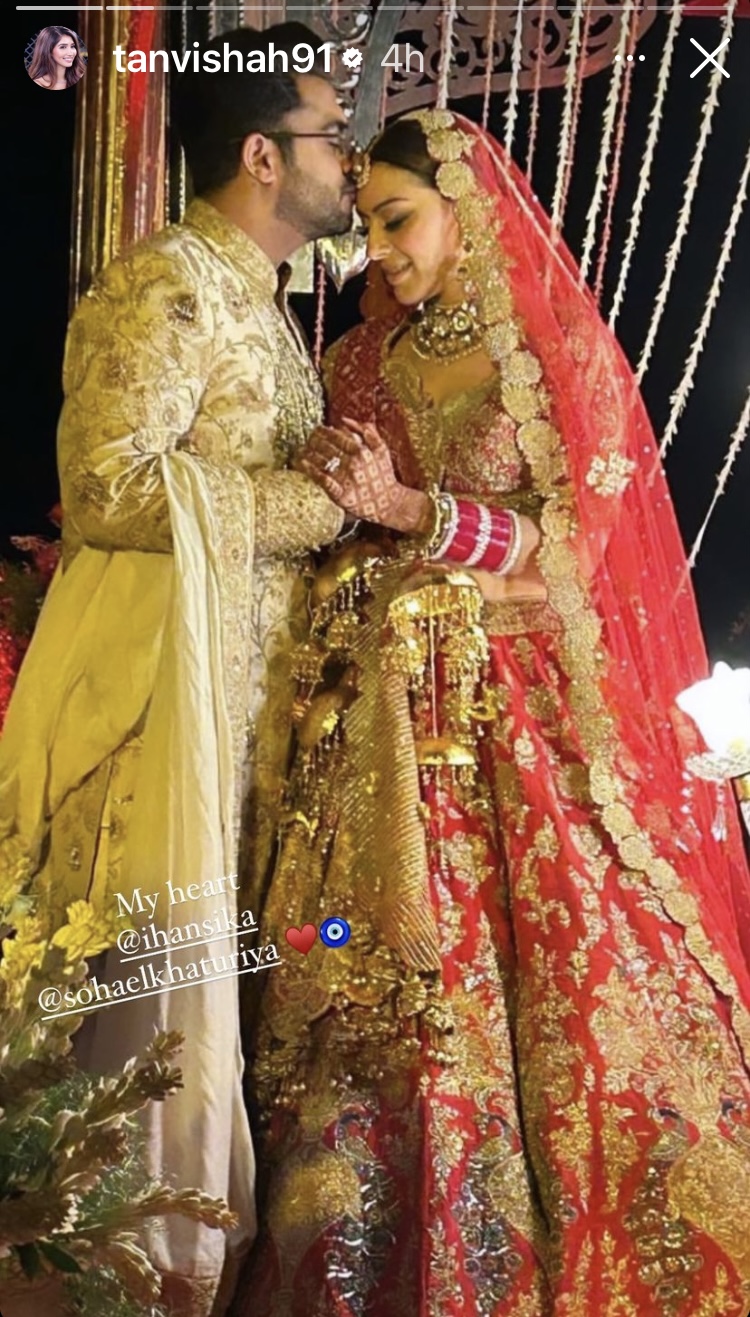 Dressed in a heavily embellished lehenga, Hansika looked every inch glam and beautiful. While one sheer veil was placed on her crown area, the other dupatta was neatly tucked on one side of her shoulder. To accessorise her look, Hansika wore stone-studded jewellery, gold kaleera and red chooda. On the other hand, Sohael looked handsome in a cream-hued sherwani featuring intricate design work. 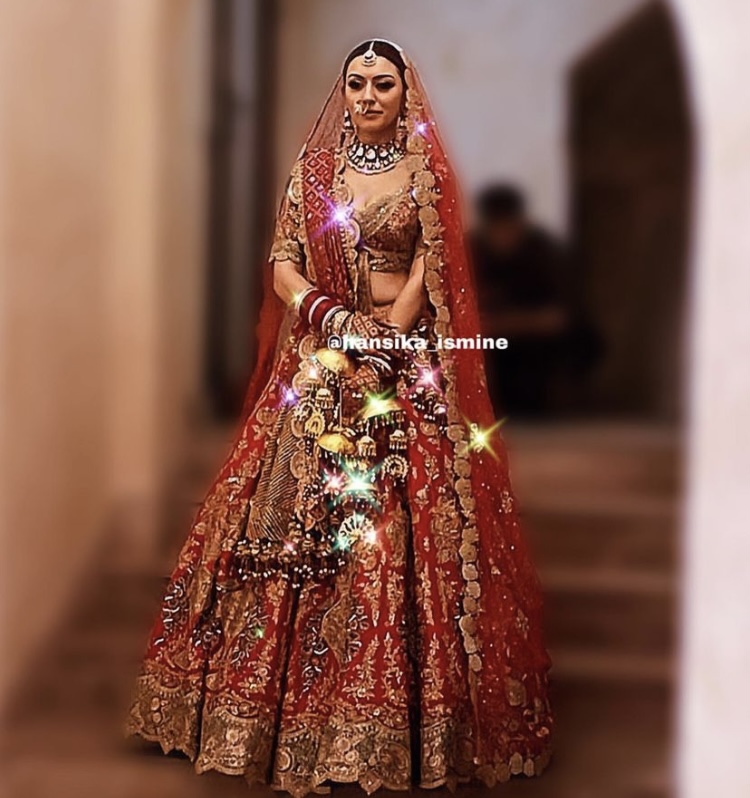 We also stumbled upon some candid clicks from Hansika and Sohael’s wedding day. In the pictures, Hansika was seen striking cute poses with her bridesmaids and friends in one of the fort's rooms. Her bridesmaids had decided on the colour pink, as every one of them dressed in the same colour code, keeping Hansika the centre of attraction. 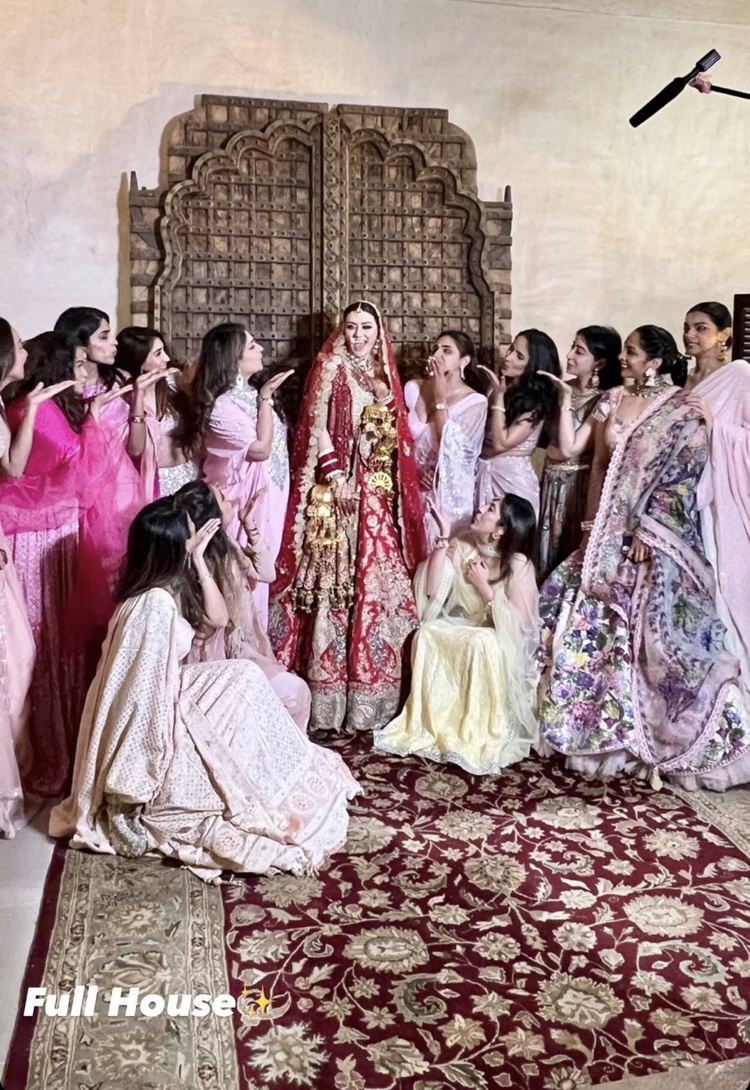 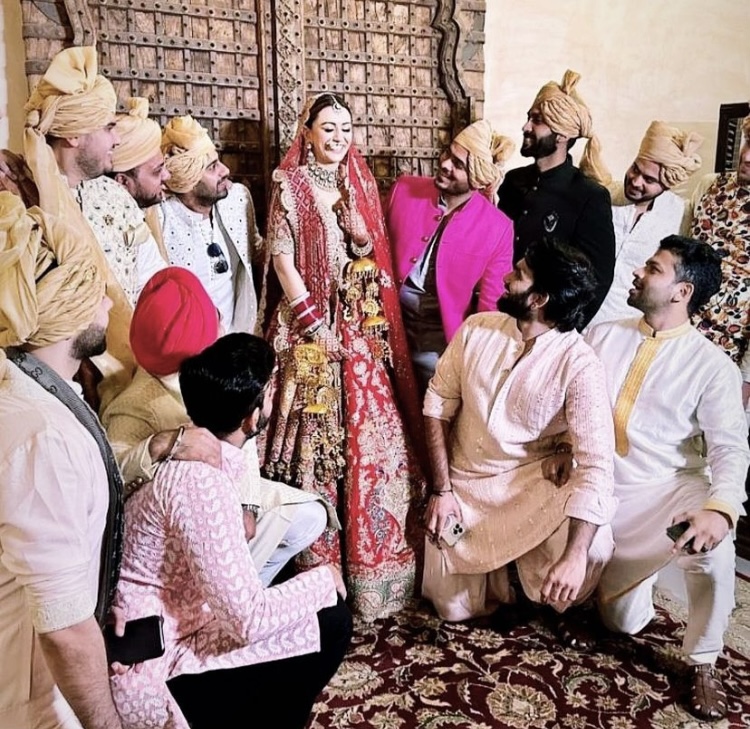 Hansika and Sohael had exchanged the varmaalas under the open sky and amidst the fireworks of the Mundota fort. Their wedding was arguably the most dreamy affair. From grand decorations to a limited guest list, Sohael and Hansika tried to keep their wedding as intimate as possible by not inviting Bollywood celebrities from the industry.

We love Hansika and Sohael’s first mushy picture after their wedding!

Next Read: Sonam Kapoor Forgets Her Anniversary Date, Hubby, Anand Ahuja Corrects Her In The Most Funny Way

Newly-Married, Farhan Akhtar And Shibani Dandekar Groove Together At Their Christian Wedding [Video]