Priyanka Chopra is a part of the film, 'The Matrix Resurrections'. After watching the film, her husband, Nick Jonas couldn't stop praising his amazing wife.

Global icon, Priyanka Chopra Jonas has always inspired millions of people with her success in Hollywood. Apart from that, the actress is winning hearts for her philanthropic acts and has made our nation proud by assisting underprivileged people worldwide. Be it her incredible performances in movies or the way she's managing her marital life with her husband, Nick Jonas, Priyanka Chopra Jonas never fails to amaze us.

Priyanka Chopra Jonas and Nick Jonas are a power couple, who are setting an example for millennial couples. For the unversed, after a roka ceremony in August 2018, Priyanka Chopra had announced the news of getting married to the International pop sensation, Nick Jonas. She had added ‘Jonas’ to her name after her wedding with Nick on December 1-2, 2018, at Umaid Bhawan Palace as per both Christian and Hindu rituals.

Nick Jonas Celebrates Easter With His 'Mine', Priyanka Chopra Jonas, Pictures Inside

Priyanka Chopra Jonas And Nick Jonas Getting Divorced After 4 Months Into Marriage? Here's The Truth

Priyanka Chopra Jonas Told Nick Jonas She Can't Cook For Him, This Is How He Reacted 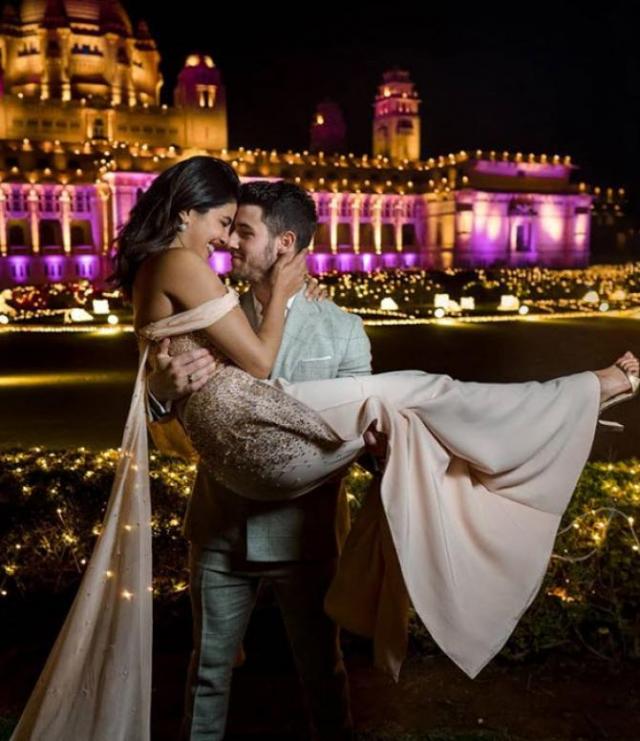 Priyanka Chopra Jonas stars in the film, The Matrix Resurrections, and its premiere was held in the US. However, her husband, Nick Jonas, could not accompany her to the film's premiere in San Fransisco due to work commitments. Recently, Nick watched the film and took to his IG handle to congratulate the entire team of The Matrix Resurrections. He shared a poster of the film and atop it, wrote:

"Congratulations to my amazing wife and the entire cast of The Matrix Resurrections. What an incredible film."

A few weeks ago, Priyanka Chopra Jonas had taken to her IG handle and had shared screenshots of an article published by a leading publication. The article had addressed the global icon, Priyanka Chopra, who was promoting her upcoming film, The Matrix Resurrections, in New York, as "the wife of Nick Jonas." This had made the actress furious and sharing the screenshots, atop it, she had written:

"Very interesting that I am promoting one of the most iconic film franchises of all time and I am still referenced as 'the wife of… Please explain how this still happens to women? Should I add my IMDB link to my bio?"

Priyanka has been promoting her upcoming film this entire week and has spoken about it and her husband, Nick Jonas, on several platforms. On the 100th episode of the show, Red Table Talk, Priyanka had revealed that Nick is a fan of the film franchise. She had also added that Nick had excitedly bragged to his fans that she is a part of the film. She had said:

"He's definitely a fan of The Matrix and I think he was very excited when I became a part of the movie. He may or may not have been very excitedly bragging, telling a few of his fans that I was part of the next one. Yeah." In an interview with InStyle magazine, Priyanka Chopra had once opened up on her life's most challenging year. The gorgeousness had revealed how she and her husband, Nick Jonas has completely different careers, and they never interfere with each other's professional decisions. The couple also keeps each other as the top priorities in their lives. Reflecting on the same, she had said:

"We talk all the time, you know. We know each other's hearts. We prioritise each other in everything that we do. We have very individual careers, and we are both very clear about never interfering in each other's professional lives." On the professional front, Priyanka Chopra will be next seen in the film, Jee Le Zara. 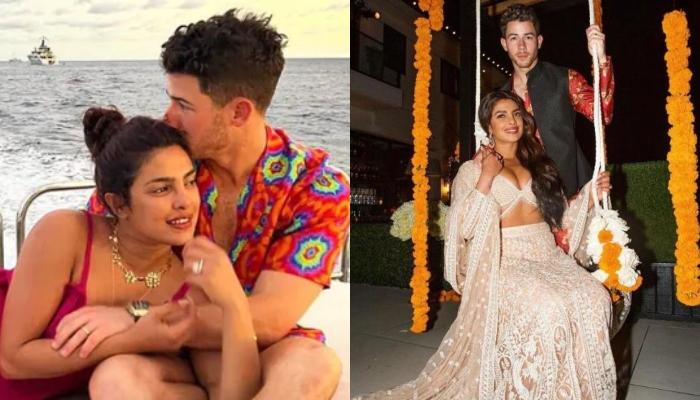 Priyanka Chopra and Nick Jonas had tied the marital knot on December 1-2, 2018, at Umaid Bhawan Palace as per Christian and Hindu rituals. After the wedding, the couple is living their best life in their dreamy Los Angeles home. Priyanka and Nick often hit the headlines for their personal lives. However, despite the ups

Nick Jonas Celebrates Easter With His 'Mine', Priyanka Chopra Jonas, Pictures Inside

Priyanka Chopra Jonas And Nick Jonas Getting Divorced After 4 Months Into Marriage? Here's The Truth