Nisha Rawal Reveals She Felt 'Sorry' When Her Son, Kavish Used To Ask Where His Dad, Karan Mehra Is

Nisha Rawal Reveals She Felt 'Sorry' When Her Son, Kavish Used To Ask Where His Dad, Karan Mehra Is

Nisha Rawal opened up about her estranged husband, Karan Mehra's behaviour towards their son, Kavish. She also added that their son is seeing a behaviour therapist, who asked her to tell the truth.

Karan Mehra has etched a special place in millions of hearts with his role of 'Naitik' in the popular television show, Yeh Rishta Kya Kehlata Hai. However, the actor has been hitting the headlines with his divorce proceedings for his estranged wife, Nisha Rawal for quite some time now. Both the actors, Karan and Nisha, had met on the sets of the film, Hastey Hastey and had fallen for each other. Later, the duo had tied the knot on November 24, 2012. Together they had welcomed their son, Kavish Mehra, on June 15, 2017.

However, the year 2021 had brought a major storm in Karan Mehra and Nisha Rawal's marital life as they had decided to part ways. On June 1, 2021, Karan had broken all headlines with his arrest by the Goregaon police. According to a report in TOI, Karan had pushed Nisha against the wall leading to a head injury, following which she had filed a police complaint against him. However, shortly after, Karan was granted bail. Since then, the fight between the two, regarding the custody of their son has been going on.

Karan Mehra's Estranged Wife, Nisha Rawal Claims That He Did Not Contact Their Son Kavish For Months

Nisha Rawal Recalls When Karan Confirmed His Affair, He Had Said 'Love Someone Else, And You Too'

Next Read: Bhagyashree Gets Emotional, Reveals How Her Family Had Objected Her Marriage To Himalay Dassani

In a conversation with Karanvir Bohra, the star wife, Nisha Rawal, opened up about Kavish Mehra's relation with his father, Karan Mehra. She revealed that there was never a bonding between the father and the son, which is why Kavish never asks about Karan. She also mentioned her efforts in building their bond. She said:

"He very rarely asks as his father was always away shooting for a show in another city. They were not in touch every day. Their bond was not like they would talk to each other on calls every day. Whatever moments were there was created by me mostly. I would tell him to come sit, talk to him, put your phone aside because then you'll be gone. When Kavish asks me where he (Karan) is and why he is not calling, I am waiting, I tell him, I am also waiting. I tell him I am sorry but your mom is there for you. I am your mama and papa. He doesn't know anything negative at all. " Further, in the conversation, Nisha mentioned that her son is seeing a behaviour therapist. She also mentioned that the therapist had told her to reveal the truth about her relationship with her estranged husband, Karan Mehra, to their son. She added:

"I wanted a behaviour therapist to tap on him, because they deal with such cases every day. They told me it will gradually have a cascading effect. They told me to tell him the facts. Like age-limited facts, things that his brain can accept." 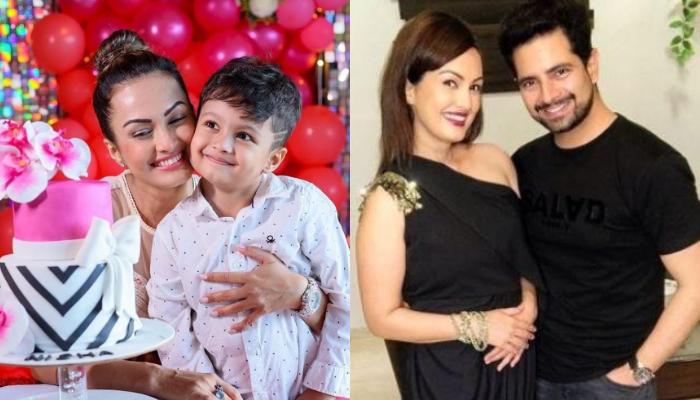 In an interview with The Indian Express, Nisha had opened up about her husband, Karan and had expressed her views if he would join her in the reality show, Lock Upp. The actress had stated that it was going to be good as she had wanted him to talk and he has been avoiding it. She had also stated that it would be a chance to show the reality. Nisha had shared:

"I think that would be a good thing. I have been trying to bring him to the table to talk, but he just doesn't. I think what would be better than the whole world witnessing and finding out the reality. I think I would like nothing more than that." 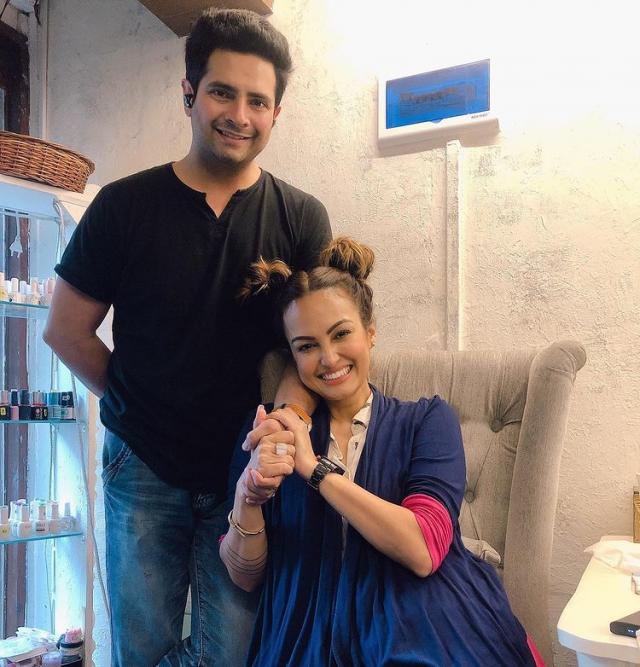 Earlier, in an interview with the Hindustan Times, Karan had shared his side of the story. The actor had stated that he and his family had finally got the anticipatory bail after many months of fighting against the false accusation levied against them. Karan had further shared that the wrong case has been filed against his parents, who have not even visited Mumbai for two years. On the work front, Nisha Rawal is currently one of the contestants in the reality show, Lock-Upp. 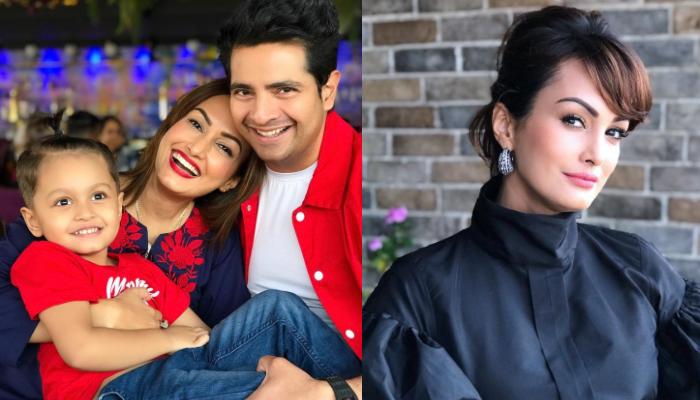 Actor, Karan Mehra’s relationship with his wife, Nisha Rawal began with ‘love at first sight’ and ended on an ugly note. It was in May 2021 that the first rumours of trouble in their married life surfaced online, and June 1, 2021, came as a confirmation of those rumours. Nisha

Karan Mehra's Estranged Wife, Nisha Rawal Claims That He Did Not Contact Their Son Kavish For Months