Nita Ambani Reveals How Much Pocket Money She Used To Give Akash, Isha, Anant To Make Them Value It

Nita Ambani had revealed an interesting account of how she raised her children and narrated a funny incident of how Anant Ambani was laughed at at his school.

‘Welcome to the real world! It sucks. You're gonna love it!’  - The one where you realise that getting up for school was better than running late for work. The happiness of getting your salary credited at the first of every month, but it doesn’t replace the feeling of empowerment of getting an extra pocket money for your good behavior and how it used to make you feel at the top of the world. And if it wasn’t for the pocket money, we wouldn’t have learnt the importance of staying content with the amount that never seemed enough for our needs. The senior Ambanis too, made sure to teach their kids the importance of money from an early age.

Twins, Akash Ambani And Isha Ambani's Infant Picture As They Peacefully Sleep In Their Crib Together

The Ambani clan is the richest family in Asia and Mukesh Ambani and Nita Ambani are perfect exemplars of how to ace professional and personal life. Not just Mukesh and Nita, Akash Ambani, Isha Ambani Piramal and Anant Ambani too, are the most down-to-earth people in the business industry, despite the fame and power they have in their name. And it can be easily deciphered from Nita Ambani’s statement in her throwback iDiva interview,

“Wealth and power don’t go together. Power cannot be brokered. To me, power is responsibility. And I derive it from my family, my work, my passion and my very middle-class values.” In the same interview, Nita Ambani had also revealed an interesting account of how she had raised her children. Narrating a funny incident, Nita had stated,

“When my kids were still young, I’d give them Rs 5 each every Friday to spend in the school canteen. One day, my youngest, Anant, came running into my bedroom and demanded he be given Rs 10 instead. When I questioned him, he said his pals in school laughed whenever they saw him take out a five-rupee coin saying, ‘Ambani hai ya bhikari!’ Mukesh and I couldn’t help but crack up.” Nita Ambani has always had a firm hold on her family. When their kids, Isha Ambani Piramal, Akash Ambani and Anant Ambani were growing up, it was Nita, who had asked her husband, Mukesh Ambani to influence them too. She had shared in an interview with a leading portal,

“I told him you may be busy influencing the future of Reliance and the country, but you better influence the future of your kids too. I believe that it’s not just quality but also the quantity of time spent with the kids that makes them sound individuals.”

(Also Read: Nita Ambani's Perfect Traditional Looks For The Mother Of A Bride Or Groom To Take Inspiration From) 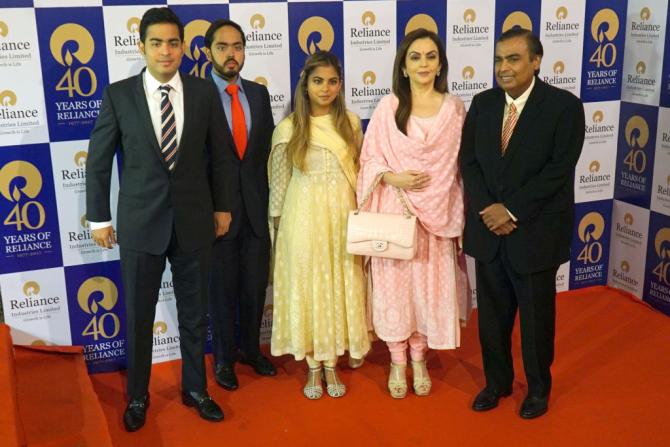 While a lot is known about Mukesh Ambani, Nita Ambani too created her own niche and proved that she is more than just the wife of India's richest person. Once known as the daughter of Ravindrabhai Dalal, the senior executive of the Birla group and then as wife of Mukesh, Nita has proved to be much more than just a billionaire’s wife. The first lady in Indian business, Nita's rising profile in the Reliance empire is inspiring for women, who tend to remain as a shadow of their husbands. Not only she is the chairperson and founder of the Reliance Foundation and a non-executive director of Reliance Industries, but Nita also owns the Mumbai Indians cricket team and is the founder and chairperson of Dhirubhai Ambani International School, Mumbai. Nita had topped the 'Asia's 50 Power Businesswomen' list of April 2016 issue. 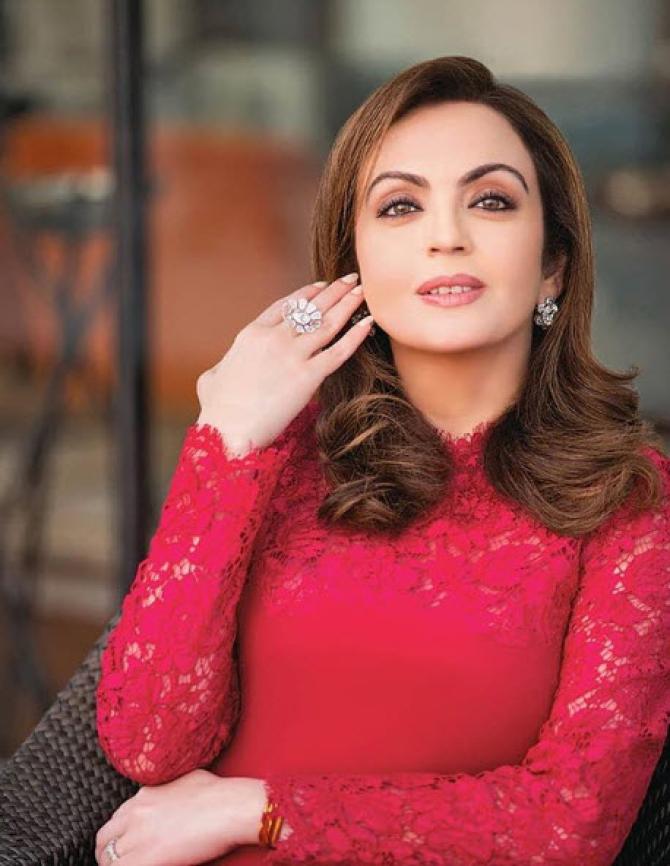 What is it like to grow up in one of the most respectable and richest families in the world? Isha Ambani Piramal had answered in her interview with the Vogue,

“The surprising truth is that though my parents were exceptionally busy, they were really hands-on. I was born in 1991, right after Liberalisation, which was a real inflection point for the Indian economy—it was the first time that Indian companies could dream of global scale. I saw my father work very hard to chase that dream and build Reliance into the organisation that it is today. And though he worked long hours, he was always there when we needed him. At home, we were raised to have the same value system that our parents grew up with. They made sure we understood the value of money, hard work and humility.” 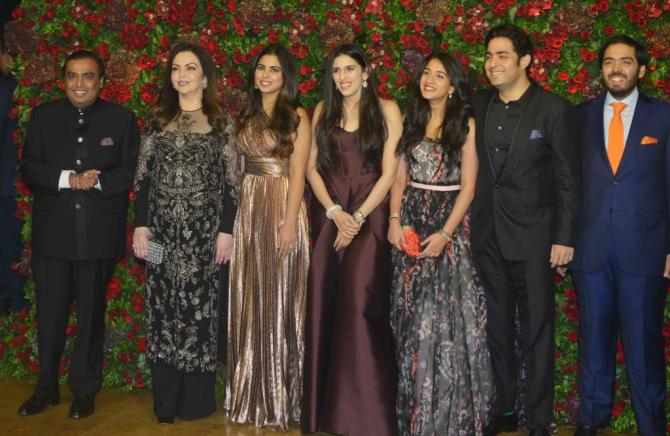 Apart from being a wonderful mother and a wife, Nita Ambani has been leading various Reliance enterprises. Speaking about what she has learnt from her mother and about her attitude towards women at her workplace, the multi-millionaire heiress had stated,

“As much as I want to believe that women can have it all, I know that my mom gave it all up to raise us. But once we grew up, I also saw her balance work and home perfectly. Watching her play all these different roles—from full-time mom to businesswoman—I learnt how important each facet is in a woman’s life and how one needs to define what “having it all” means during these different stages. I feel very passionately about gender equality and equal participation in the workforce because growing up I was made to believe that I could do whatever my brothers could do, as well if not better. So as a working woman, I believe that companies must create an environment that fosters equal participation.” How much did you get as your pocket money? Let us know your childhood memories! It was in 2018 when Radhika Merchant had come into limelight for her performance with Isha Ambani and Shloka Mehta, during the former’s engagement ceremony. While 2018 end had witnessed the grand wedding of Isha Ambani and the love of her life, Anand Piramal, 2019 made Shloka Mehta officially a part