Every picture of the Ambani ladies gives us major inspiration for every occasion. The latest look of Nita Ambani in a 'gota-patti' 'lehenga' is a perfect pick for the ongoing wedding season.

Asia’s richest family, the Ambanis are everything grand and every presence of theirs' at various events and gatherings is considered magnificent. Whenever Ambanis grace any occasion, we can’t stop ourselves from gasping at the beauty of the Ambani ladies, be it Nita Ambani, Isha Ambani Piramal, Shloka Mehta or Ambanis' soon-to-be choti bahu, Radhika Merchant. All the pretty ladies never fail to give us major inspirations to don western or traditional attires and rock the look. And talking especially about Nita ji, she has been an epitome of everything perfect! (Recommended Read: K.G.F. Star Yash And His Wife, Radhika Pandit Wishes Their Lovely Angel, Ayra As She Turns One)

Nita Ambani recently became the first Indian trustee of New York’s Metropolitan Museum and it was one of the proudest moments for India. She received congratulatory messages from all over the world, Bollywood and from her family and friends. From chairing the biggest empire of her husband, Mukesh Ambani to making her own identity in the world, Nita is a philanthropist and her work has been recognised worldwide. Nita ji has been promoting Indian art and culture around the world and takes a keen interest in sports and development programs in India. Someone has rightly said, ‘Behind every successful man there is a woman’ and Nita ji is one such lady who has always stood by her husband’s side and helped him in every situation.

Shloka Mehta Wore A Short Red One Shoulder Dress And Diamonds, It's A Perfect Pick For A Date Night 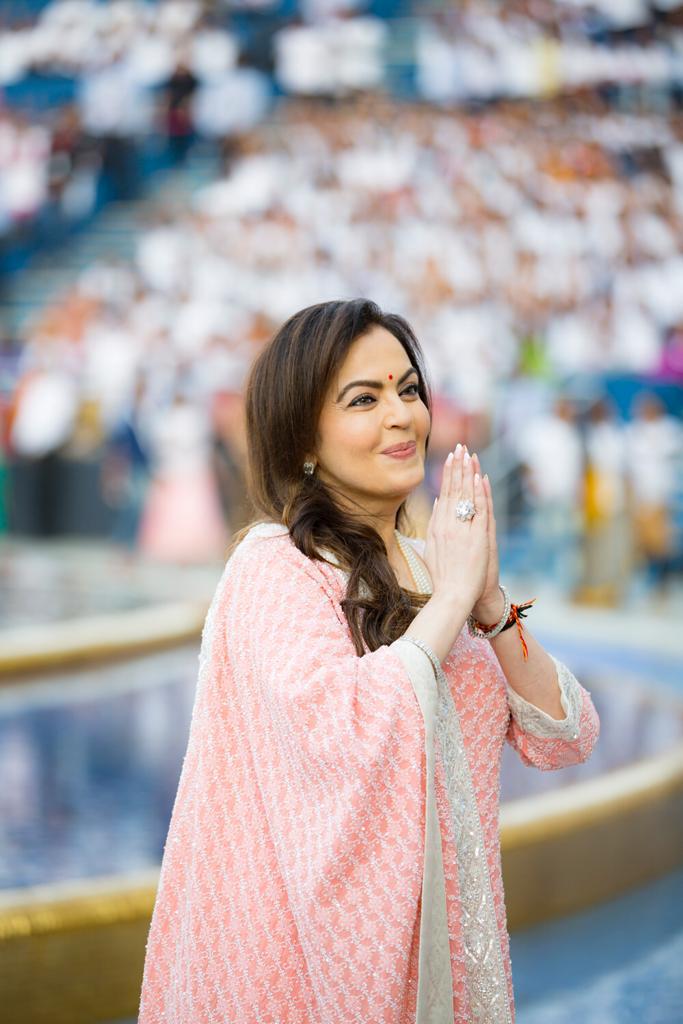 1st Indian woman member of International Olympic Committee and Asia's 50 Power Businesswomen 2016 topper, Nita Ambani, is more than her surname and all these achievements are the proof for the same. Nita ji’s crown is bejewelled with many achievements and she is the perfect exemplar of beauty with the brains! Every outing of Nita becomes the talk of the town either because of her ensembles or her work. The latest picture of Nita ji shared by makeup artist, Micky Contractor has stunned us by the beauty of her. In the picture, Nita ji can be seen donning a stunning red-coloured gota-patti work lehenga with contrasting blue and pink coloured dupatta. The heavy work on the dupatta has completely complemented the minimal lehenga. Nita ji has accentuated her look with heavy kundan work jewellery. Her entire look is perfect for the ongoing wedding season.

Nita Ambani and Mukesh Ambani’s love story is all about a fairytale. From a dream proposal amidst the traffic snarls to a perfect wedding, everything about their love story is just romantic. We eagerly wait for the Ambani clan’s pictures to flood the internet so that we can get to know about their happenings. In April 2019, we stumbled upon some unseen pictures of Nita ji and Mukesh from their perfect wedding and Nita ji had looked gorgeous as a bride. The pictures that had gone viral on the internet were from their phera ceremony. (Suggested Read: Bharti Singh And Hubby Haarsh Limbachiyaa, Complete Two Years Of Marital Bliss, Post Adorable Wishes) 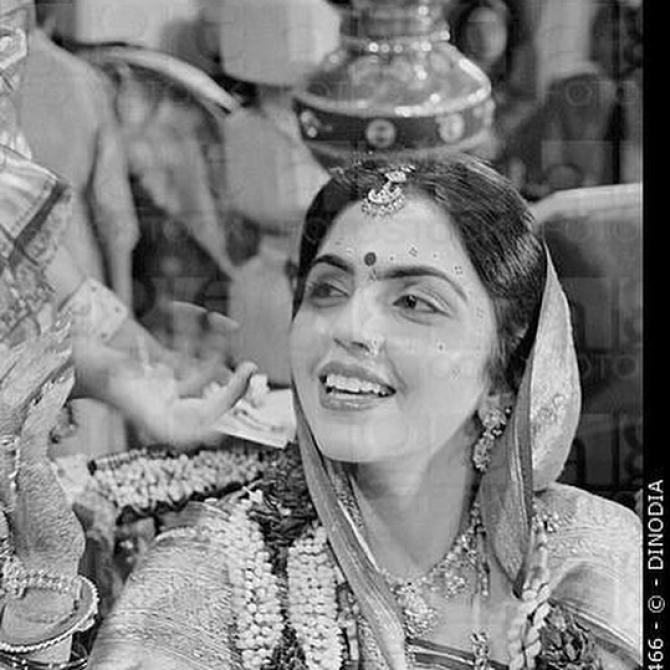 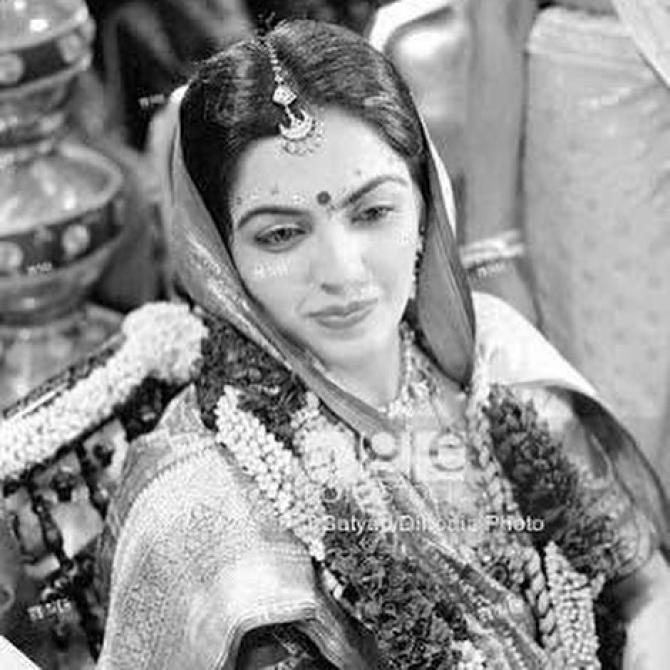 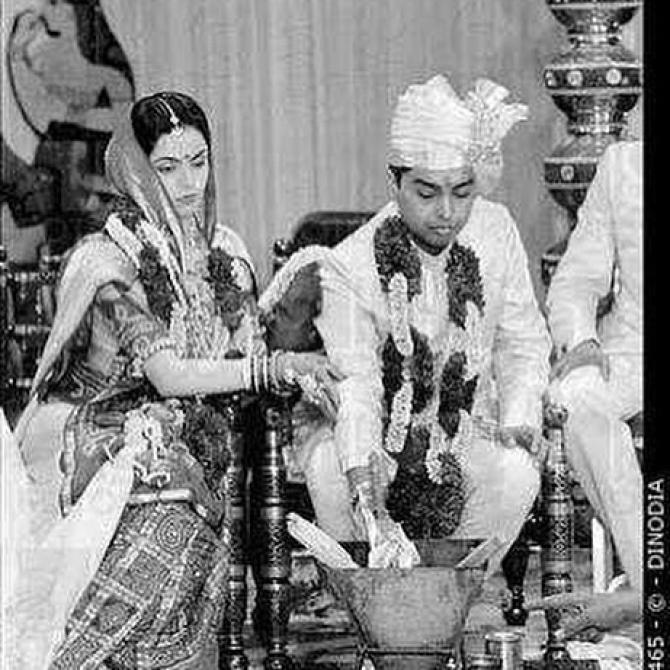 Nita Ambani is a hands-on mother and mother-in-law, but do you know that once she was told that she can never embrace motherhood? In a throwback interview with IDiva, she had revealed about being told that she could never become a mother. She had shared, “Becoming a mother. A few years after I got married, I was told by the doctors that I would never have children. Even when I was in school, I would write long, copious essays titled, ‘When I’ll be a mother…’ Here I was at the age of 23 being told that I would never conceive. I was shattered. However, with the help of Dr Firuza Parikh, who is one of my closest friends, I first conceived my twins!” 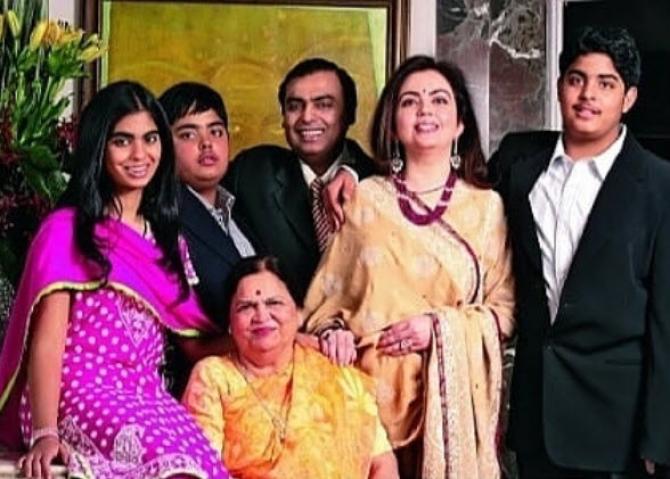 The same report also had it that Nita Ambani had a traumatic pregnancy. She had given birth to twins conceived through IVF, two months earlier than the assumed time. However, three years later, Anant Ambani was born to her naturally. While it was a smooth pregnancy, the humongous pregnancy weight gain had taken a toll on her. Speaking about the same, she had revealed, “Everything was double magnified. I was so overjoyed at being a mum that I had let myself go.” In a throwback interview with The Times of India, Nita Ambani had talked about the different roles she has played over the years and had stated, “I have enjoyed every role, but being a mother comes first. I had my children after eight years of marriage. It was a dream come true. I still pinch myself.” She had further talked about how she had given the right values to her kids and had said, “Both Mukesh and I grew up in a middle-class, joint family. There was a lot of love, compassion, warmth and understanding, but we also had to give up a lot of things. Our children cannot grow far from the values that they grow up seeing. The kids saw us, Mukesh’s parents and my parents, and they imbibed our values. My parents used to stay at Santacruz, and I would take the kids to Churchgate and board a train from there. My mom comes from Ahmedabad, and she used to take them there in the Gujarat Mail train. So they have travelled by local transport, etc. I think it’s important to keep the children grounded. Even now they clean their own rooms. I have kept them out of public life. I don’t like to share my children’s pictures.” (Must Read: Vikrant Massey Confirms His Secret Roka With Girlfriend, Sheetal Thakur, Reveals Their Wedding Plans) 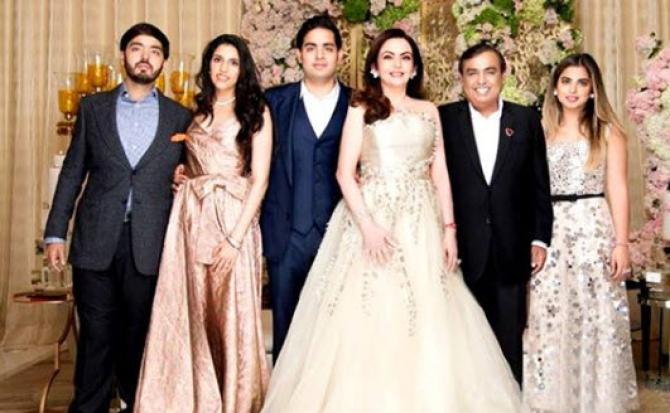