Out of all the reasons due to which Anil Kapoor's Mumbai residence is well-known, one of them is the Karwa Chauth party organised by his wife, Sunita Kapoor. Every year, the Karwa Chauth party at Sunita's place is graced by a host of celebrities. And this year is no exception. From Mira Rajput Kapoor to Padmini Kolhapure, many renowned people from the industry have started flocking to Sunita Kapoor's party and all of them looked stunning in their respective looks.

This year's Karwa Chauth is special for Padmini Kolhapure as she had become mother-in-law, a few months back. Therefore, this year is her daughter-in-law, Shaza Moran's first Karwa Chauth after her marriage. After a hush-hush court marriage in February 2021, Priyaank Sharma and Shaza Morani had tied the knot in a dreamy destination wedding in the Maldives in March 2021.

Recommended Read: Rahul Vaidya Misses His Wife, Disha Parmar On Their First Karwa Chauth, She Stuns In A Red Saree 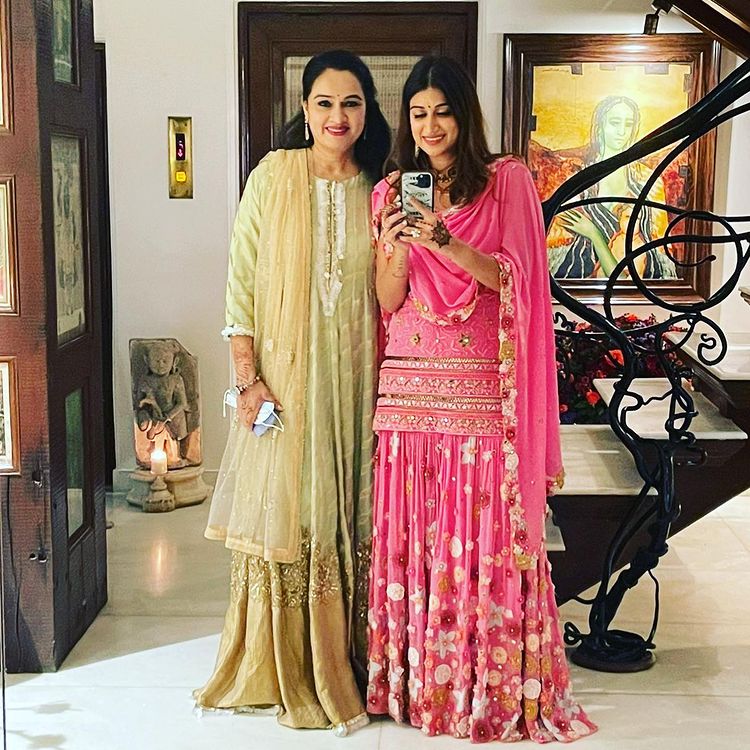 On July 1, 2021, to mark the birthday of her daughter-in-law, Shaza Morani, Padmini Kolhapure had taken to her IG handle to drop some pictures from her wedding with Padmini's son, Priyaank Sharma. As she had turned a year older, the iconic actress had penned a beautiful wish for her on her IG handle. Sharing pictures from the wedding functions, she had written: 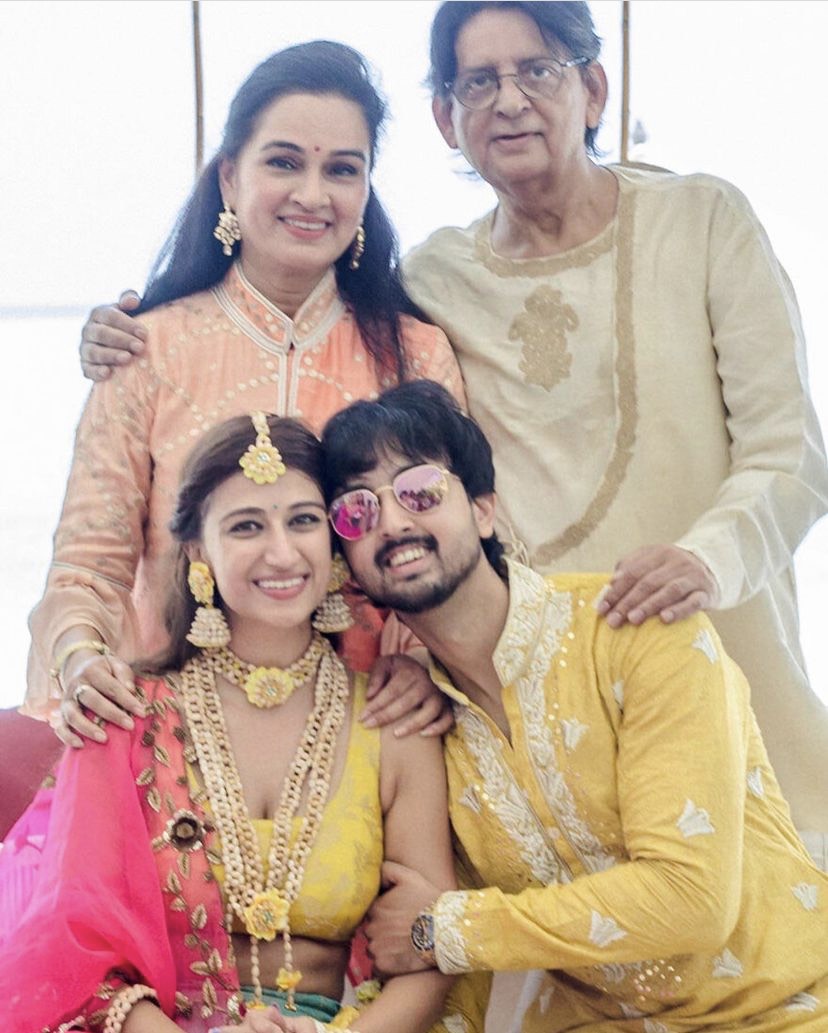 During Shaza's birthday, amongst all the pictures shared by Padmini Kolhapure, it was her pictures in the wedding lehenga that had stolen the show. The gorgeousness had opted for a lilac lehenga with sequence work all over it, for her wedding. She had rounded off her look with a green and gold Polki necklace, earrings and a matha patti. Leaving her hair loose, Shaza had exuded all the vibes of a modern bride. Not only that, her jaimala made out of green leaves and baby birth flowers had accentuated her look and had made her look like a perfect bride. 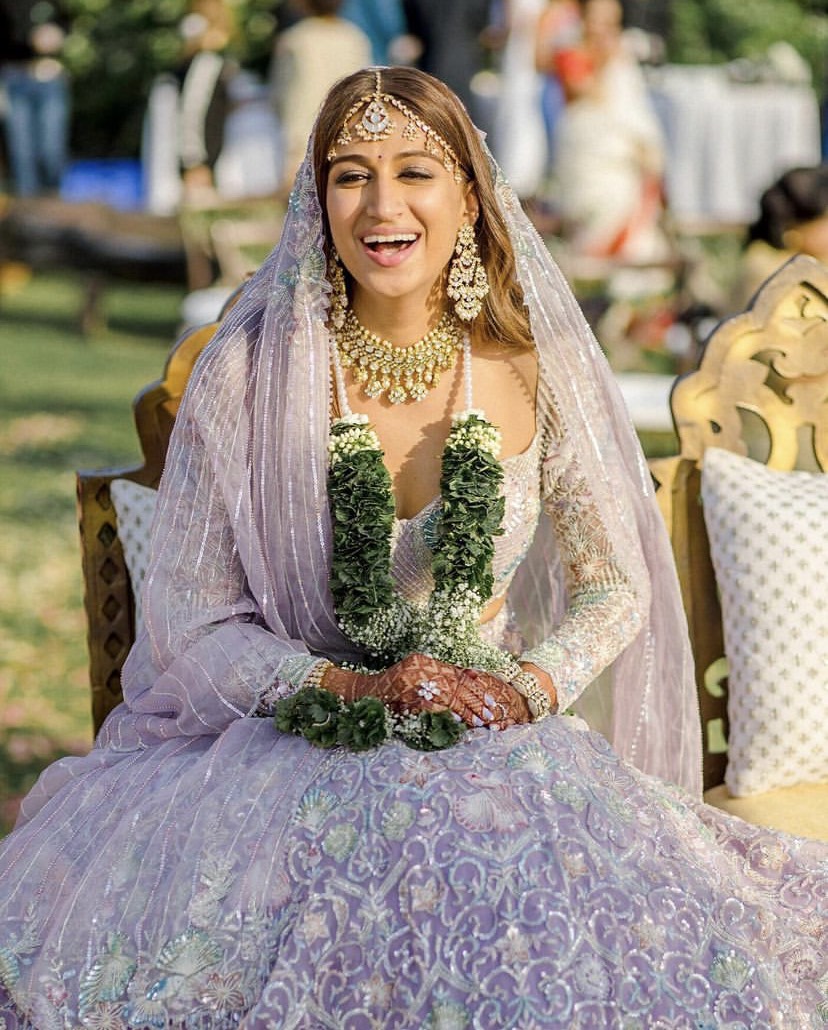 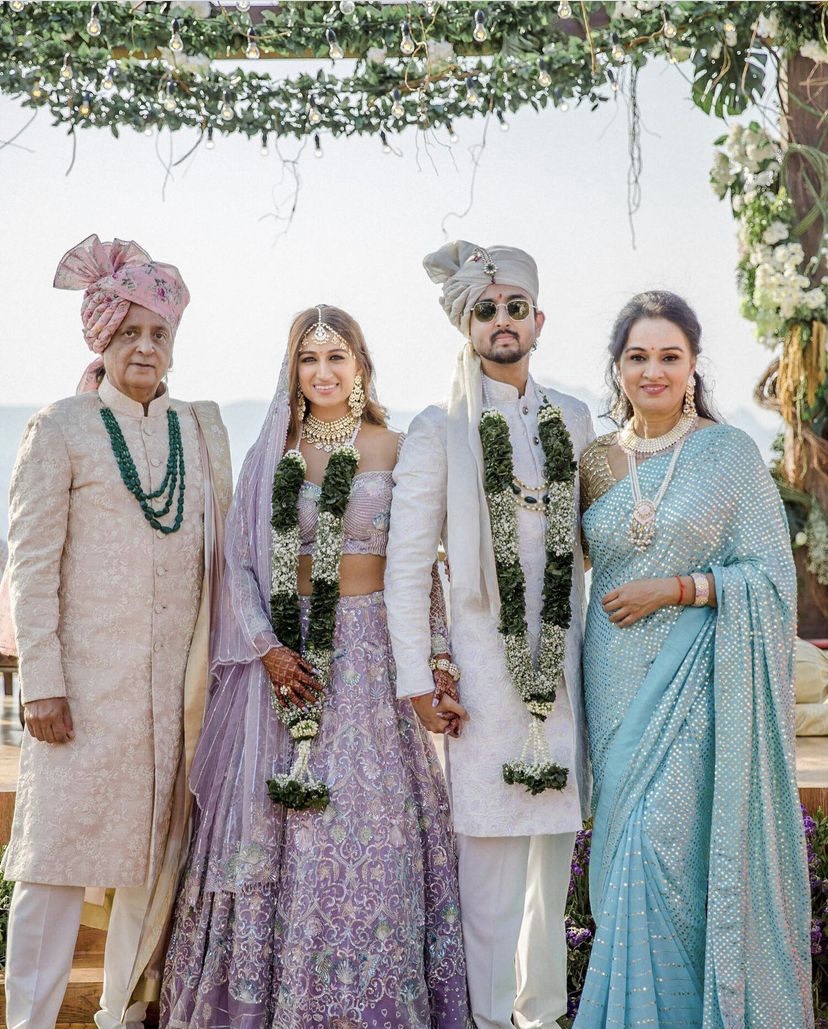 The way Padmini Kolhapure showers love on Shaza Morani, makes us believe that she is lucky to have a mother-in-law like her!