Television actress, Shweta Tiwari is a well-known name in the Indian television industry. The glamourous actress is blessed with two adorable children, Palak Tiwari (from her first marriage with Raja Chaudhary) and Reyansh Kohli (from her second marriage with Abhinav Kohli). Every now and then, her daughter, Palak makes it to the headlines for her sizzling photos and entertaining videos on social media. However, in recent times, Palak has experienced a lot of trolling and bullying from the trollers on social media over her physique and looks.

Once again, Palak Tiwari is getting trolled mercilessly after she did a ramp walk at Delhi Fashion Week. As soon as the video was uploaded on Instagram, a series of trollers started making fun of the actress and grilled the 'Bijlee Bijlee' actress for her ramp walk. Check it out!

Recommended Read: Dalip Tahil Opens Up On Late Actor, Rajiv, Says 'Even Raj Kapoor's Son Had No Work For 30 Years' 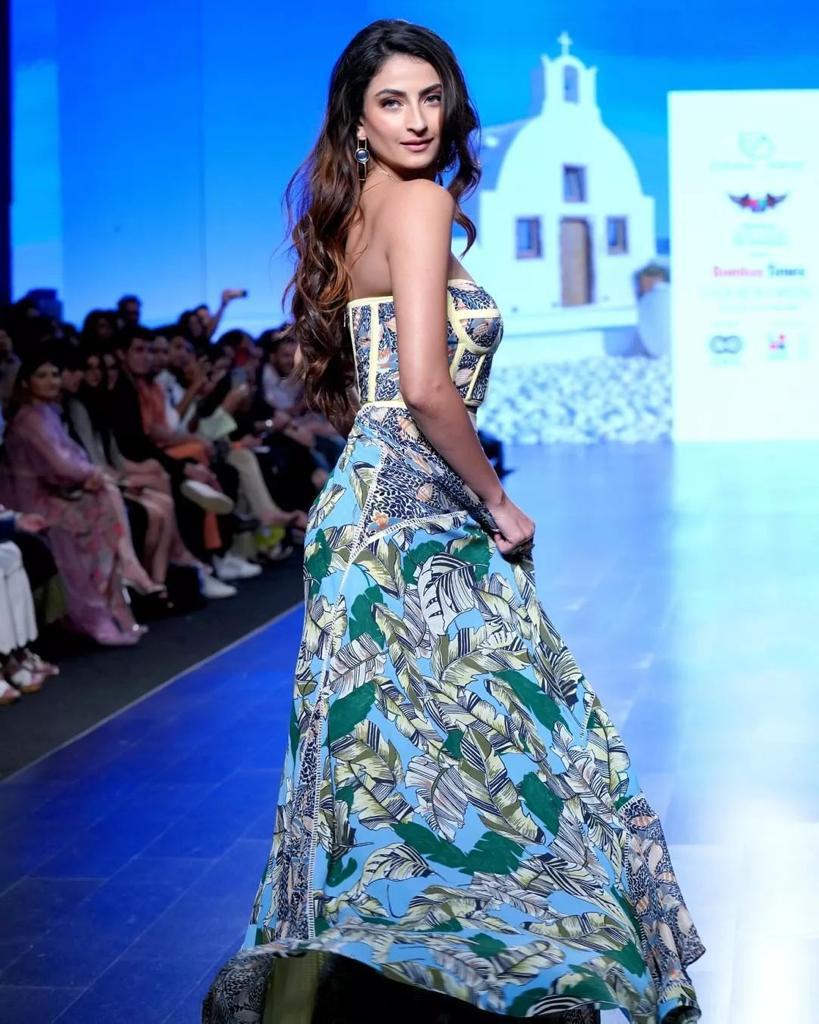 A few moments back, a video of Shweta Tiwari's daughter, Palak Tiwari's ramp walk at Delhi Fashion Week made its way on social media. In the video, the ever-so-gorgeous model and actress looked confident while walking on the ramp, as she can be seen donning a bustier jacket and black pants. However, while some people were in awe of her cute catwalk, most of them felt that she wasn't well-prepared for the ramp walk. Within minutes, netizens started trolling Palak for her looks and catwalk. While some stated that she isn't made for walking on ramps, many passed heart-breaking comments on Palak's ramp walk. One netizen even compared her catwalk with school going kids and wrote, "School ki farewell walk kar rahi h didi". Check out all the hateful comments below:

Earlier this year, in an interview with Bollywood Bubble, Palak Tiwari had opened up about the nasty trolling and bullying that she faces on a daily basis and had also revealed how she never pays any heed to it. The actress had added that people would never be happy with her choices, sometimes it will be her looks, and sometimes it will be her clothes that will bother them. Reflecting on the never-ending cycle of trolls trying their level best to demean her. She had shared:

"It doesn't affect as much as people think it should because I have realised that they will never be happy and I said this in an earlier interview as well. They have made a circle for themselves. They are like 'these celebrities get so dressed up, what are they doing, where are they going?' Chalo, I comes out simple. Then they say, 'she looks like this. Who will give her work? Aisi toh meri dost dikhti hain. Toh dost dikhti hai is the point, right.’ You want someone on screen that represents you. Why is that a bad thing? Why is it bad if sometimes we look like you? Sometimes we have flaws. Why is that you want someone to be impeccable when you are not?" Going further in the interview, Palak Tiwari had also talked about how people criticise and demean an actor, who goes for beauty enhancement surgeries in their respective careers. Adding that their opinions do not matter at all to the celebrities, including her, because it shows how trollers aren't happy with themselves. Reflecting on the psychology of trollers, Palak had said:

"We are representing you and but we are perfect, give in to this and people want to be their best self and get things corrected, even then they are like 'so fake, Oh My God plastic'. Just shut up, what are you talking about? They have got it done, now they feel like their best self, you have issue with that as well because now they don't represent you? What do you want? So, they will never be happy." For the unversed, Palak Tiwari had made her acting debut in the Hindi film industry with the film, Rosie: The Saffron Chapter.