Television couple, Bharti Singh and Haarsh Limbachiya were spotted by the paparazzi along with Karanvir Bohra. Their pose for the camera will leave one in splits!

The laughter queen, Bharti Singh and her writer husband, Haarsh Limbachiyaa never miss a chance to tickle our funny bone with their perfect comic timing. From making us all laugh with their punch lines on various television shows to entertaining us through their social media handles, they are the perfect example of ‘kaam ne bana di jodi’. In fact, their love story had also started on the sets of the popular show, Comedy Circus, wherein, Bharti was one of the contestants and Haarsh was a scriptwriter.

While it wasn't 'love at first sight' for Bharti Singh and Haarsh Limbachiyaa, they had surely felt a connection while working together and little did they know that this would turn into a lifetime of attachment. After dating for some time, the duo had begun their 'happily ever after' on December 3, 2017, at a destination wedding in Goa. Since then, their Instagram handle is filled up with lovey-dovey pictures of the duo and not just that, but also with funny videos in which the couple can be seen pulling each other's leg.

Haarsh Limbachiya Has Planned B'Day Surprise For Bharti Singh, She Prefers A Quiet Evening With Him

Bharti Singh Talks About Her Married Life With Haarsh, Says Everyday Is A Valentine's Day For Them

All Set To Tie The Knot, Bharti Singh Has Lost 10 Kilos Without Gym And Diet

Recommended Read: Rakul Preet Singh Gives A Sweet Reply To A Paparazzi, Who Congratulates Her For The 'Birthday Post' 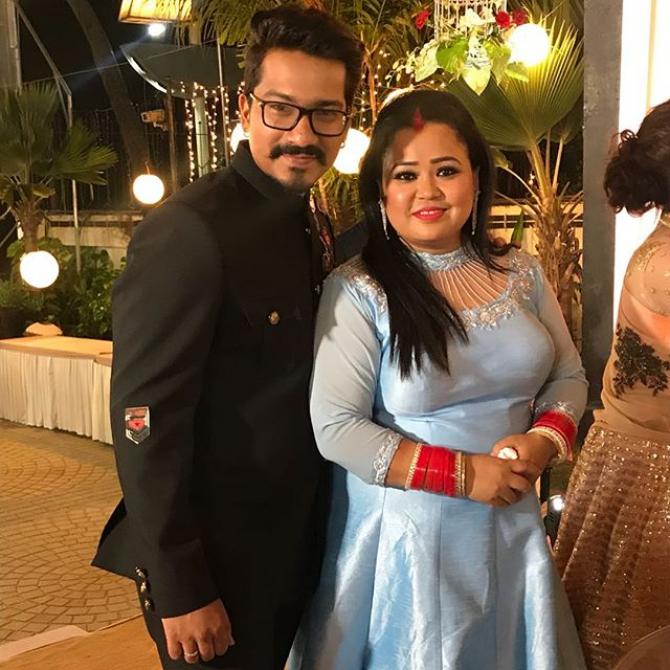 On October 16, 2021, Bharti Singh and Haarsh Limbachiyaa stepped out in the city and shared a fan banter with the shutterbugs. They were also accompanied by their friend, Karanvir Bohra. While posing for the camera, Haarsh made her keep her hand on her waist and pose like a model. However, he was not able to execute the pose properly and ended up creating a very weird pose. Complaining about the same, Bharti complained to the paparazzi, ''Yeh kya style bana ke diya hai dekho.''

Looking at the pose, a paparazzo jokingly said that the pose makes Bharti look like she has lost her kidney. He said, ''Kidney chori ho gayi.'' However, at the end, the comedian warned the shutterbugs that the video should not go public as she was insulted by her husband, Haarsh Limbachiyaa. In her words, ''Yeh koi nahi dikhayega media mein, mere pati ne meri beizzati ki.'' 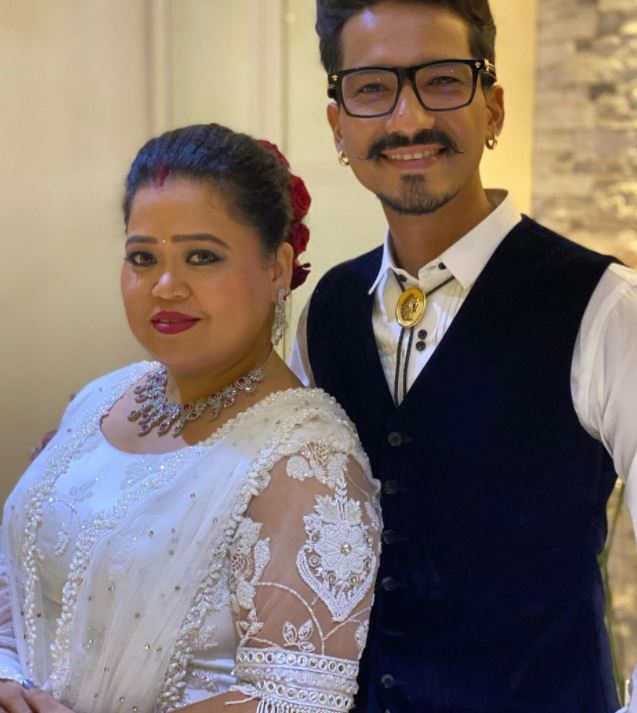 On August 30, 2021, Bharti was photographed by the paparazzos on the sets of Dance Deewane 3 as she was entering her vanity van. During that time, a cameraman had raised a question about her pregnancy and had said, "Mama kab banege?" Taking a moment of pause, Bharti had given a hilarious reply and had said, "Yaar ab toh sabko bache ka intezaar ho gaya hai. Bus aap log akela chodiye, karte hai kuch."

In an interview with the Indian Express, when Bharti was asked about the trolls, who target Haarsh for using her for fame, she had addressed them and had shared that it doesn’t matter to them as they know how much they mean to one another. Talking about how secure they are as a couple, Bharti had said, “While trolls may not understand our equation, people who we work with know that Bharti will speak the lines only when Haarsh pens them. We are incomplete without each other and create a dhamaal when we work together. I honestly love mouthing Haarsh’s scripts as he understands me best. We really don’t care what others feel as we are strong together.” 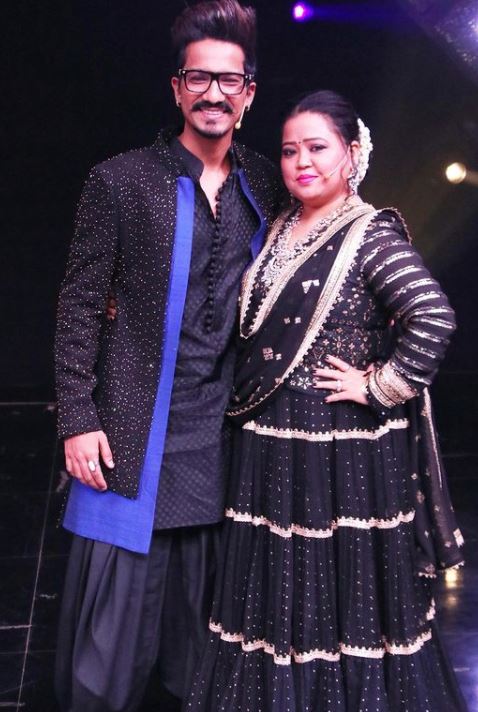 On the work front, Bharti Singh and Haarsh Limbachiyaa are currently working on their first big show, The Indian Game Show.

Haarsh Limbachiya Has Planned B'Day Surprise For Bharti Singh, She Prefers A Quiet Evening With Him

Bharti Singh Talks About Her Married Life With Haarsh, Says Everyday Is A Valentine's Day For Them