Nick Jonas is proving that he is a perfect desi munda with his love for Bollywood songs. He was recently seen grooving to a song from Parineeti Chopra's film, 'Jabariya Jodi'. Take a look.

Marrying someone who loves you more than anyone else in this world is a feeling that cannot be expressed in words. Bollywood actress, Priyanka Chopra found love in American singing sensation, Nick Jonas. The rumours of Nickyanka dating each other started doing rounds in early 2018 and on August 18, 2018, the couple had made it official by posting pictures of their roka ceremony. The two had solemnised their relationship by taking saath pheras on December 1-2, 2018. (Also Read: Ranveer Singh Shares An Unseen Picture Of Flirting With Deepika Padukone From The Sets Of 'Ram-Leela)

Desi Girl, Priyanka Chopra’s husband, Nick Jonas is himself turning desi with every passing day. The American pop sensation has been seen grooving to the tunes of Bollywood songs. The Sucker singer has been posting videos of himself, jamming to Hindi songs is proof of how much impact Bollywood songs have on him. With moves like these, we won’t be surprised if he lands up a role in Bollywood movies someday. Sometime back, Nick was seen grooving to the tunes of Ayushmann Khurrana’s song Morni Banke and now he has proved that he is a perfect jiju when he picked up a song from saali sahiba, Parineeti Chopra’s film, Jabariya Jodi, starring her and Siddharth Malhotra. Parineeti took to her Instagram handle and posted a video of Nick dancing to Khadke Glassy and captioned it as “When Nickster does it better than Sid and I did in our film @nickjonas @sidmalhotra #KhadkeGlassy.”

In an interview with an American magazine, InStyle, PeeCee had shared Nick’s love for Bollywood music. Revealing how much her husband loves listening to Hindi songs, she had stated, "Listening to Bollywood music has become his hype music before a concert. It's really funny. I went to the Jonas Brothers concert and I walk into the dressing room and I was like, 'Wait, what?' And he's like, 'Yeah, babe, it's my hype music!' I was like, 'I have created a monster, it's great.' It's amazing how he embraces it.” Sometime back, Priyanka Chopra's cousin, Parineeti Chopra had revealed about the gifts she had received from her jiju, Nick Jonas during the joota chupai rasam. She had shared, "I got a lot of money, I got dollars and rupees, in lakhs and we also got diamond rings. We also got bags, we got a lot of stuff. He was very generous."  (Also Read: Deepika Padukone Reveals The Difference Between Ranveer Singh and Ranbir Kapoor's Acting Style) 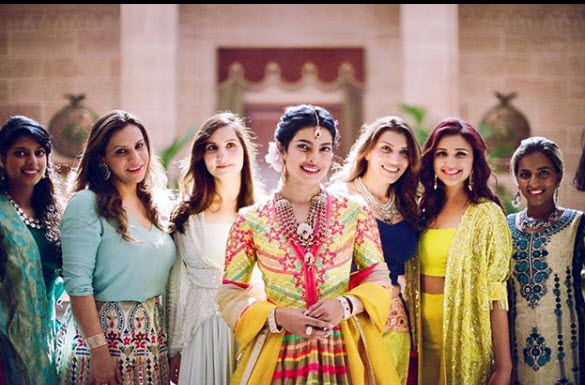 She had further added, "He was actually more prepared than all of us. So I thought I was the smart one and I was going to go and do this 'rasam' (ceremony) and take only cash from him. They were more than ready because when the time came, he literally just signalled to someone and all of us cousins looked at the back, and there was this guy with a giant tray full of diamond rings and all of us got diamond rings and the bridesmaids got a lot of gifts. So I am proud to show off that Nick jiju is very generous." In a previous interview, Nick had talked about his love story with Priyanka and had revealed, “We met through a friend. We got connected first over text and we started talking for a while. It was about six months before we met up in person. We actually attended the MET Gala, a few years ago together and had a great time. We were just friends and our lives were taking us to different places.” 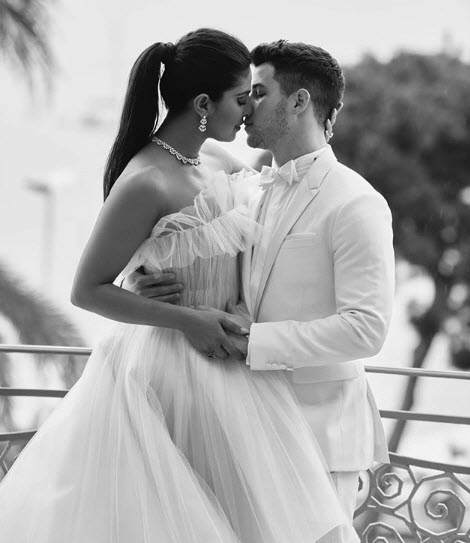 On a chat show named, The Daily Show, Nick had opened up about his relationship with Priyanka and had revealed, "So many things. I could go into all of it and get all mushy but, I think the thing that really connected both of us is our love for family and faith and the importance of being connected to those who are always going to be there for you. We found that in each other as well, which is a beautiful thing. I'm excited to start our life together.” 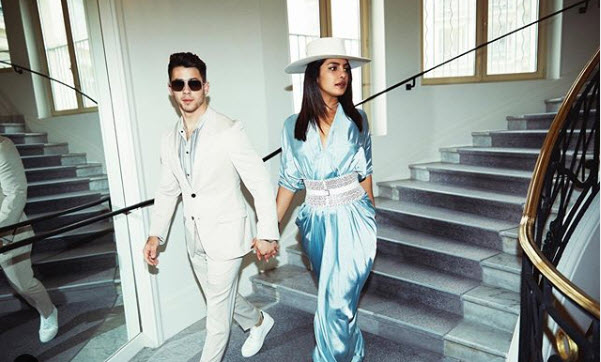 In an interaction with E! News, Nick got candid about having kids and had shared, "I think that in everything we do, you know, my brothers and I, Priyanka and I, everything we do we think about the future. And building something that becomes a part of a legacy in some way, and a story we can share with our kids in the future." (Also Read: Kamya Punjabi Shares The Story Behind Her Scars, Says She Is Braver Than What Had Caused Them) 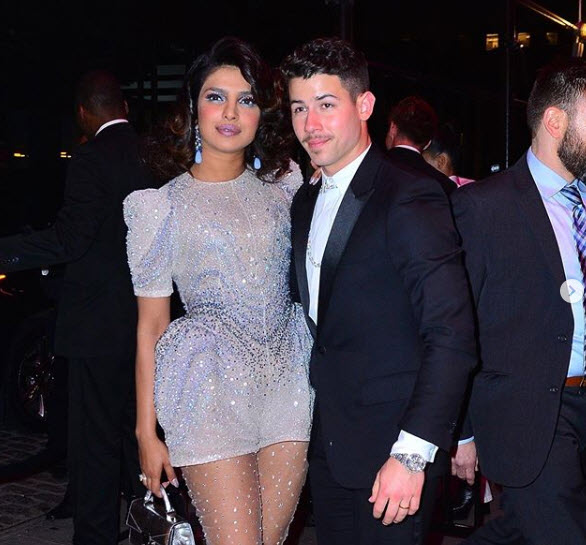 Well, Nick Jonas' love for Bollywood music has surely made him a desi boy! Becoming a maasi is one of the most lovely feelings in the world, and actress, Parineeti Chopra has been experiencing the same ever since the arrival of her niece, Malti Marie Chopra Jonas into the world. Parineeti Chopra shares a great bond of friendship with her cousin, Priyanka Chopra Jonas, and