Poonam Pandey and Sam Bombay are speculated to be expecting their first child together. The actress has reacted on the same. Scroll down to read more!

As soon as a couple gets married, everyone starts questioning them ‘Good news kab de rahe ho?’ The family members start teasing them asking about their family planning and the elders at home start with ‘Bas pote ya potti ki shakal dikha do ab’. While some celebs have opened up about their pregnancy, some are speculated to be pregnant. Amongst the speculated pregnant couples, some have gradually accepted the news, others have come out in open to call them baseless. To join the list of rumoured pregnant couples, we have Poonam Pandey and her husband, Sam Bombay. (Also Read: Aamir Khan's Daughter, Ira Khan Shares Diwali Glimpses With Step-Bro, Azad, Twins In Orange Outfits)

Bollywood actress and model, Poonam Pandey is one of the boldest actresses in the entertainment industry, who never shies away from raising the temperature through her bold photoshoots and movies. It was in July 2020, when Poonam and her long-time boyfriend, Sam Bombay had gotten engaged, and the latter had shared a beautiful photo, where the duo had flaunted their rings with big smiles on their faces. On September 10, 2020, Poonam had taken to her IG handle and had shared her wedding picture with Sam. Twinning in their navy-blue wedding attires, the two had looked madly in love with each other. Along with the picture, Poonam had written, "Here's looking forward to seven lifetimes with you." 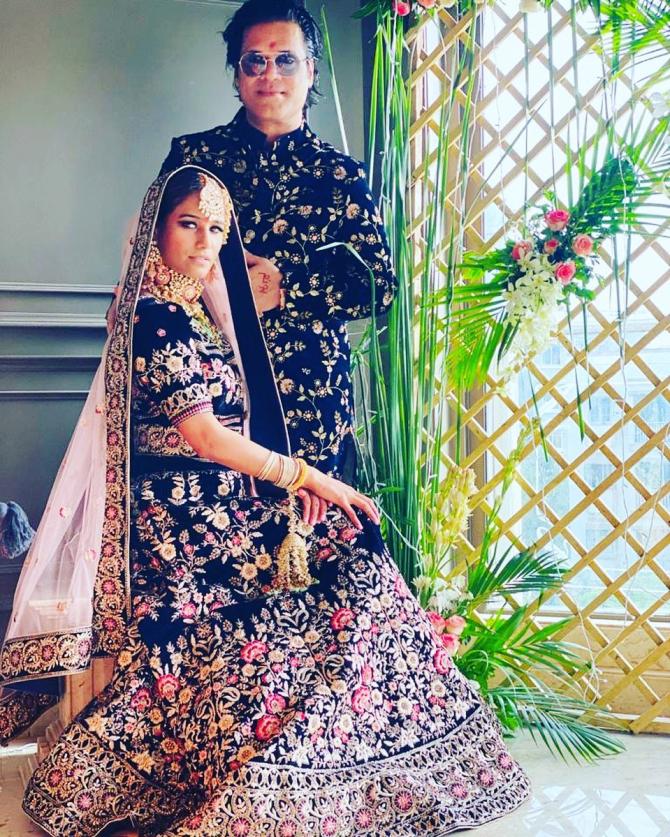 Post their wedding, the couple is often in news owing to one or other reason. This time, Poonam and Sam are hitting the headlines, owing to their pregnancy rumours. As per a report in News Track, Poonam Pandey, who is in Goa post her marriage is said to be six-weeks pregnant and is expecting her first child with her husband, Sam Bombay. The reports further claimed that Dr. Warka R. Prabhugaonkar has examined Poonam and confirmed the news. The news came as a surprise for everyone, however, there is a twist to it. In a conversation with SpotboyE, Poonam Pandey has reacted to the news of her pregnancy and refrained from confirming anything. She said, "If anything is true, I’ll confirm myself." Before Karwa Chauth 2020, Poonam Pandey was booked for shooting an obscene video in Goa as a police complaint was filed by the state's Water Resources Department, which manages the Chapoli Dam, where the video was shot. The women’s wing of the Goa Forward Party had also filed a complaint against the actress. But the FIR could not stop her from celebrating her first Karwa Chauth with hubby, Sam Bombay. On November 4, 2020, Poonam had taken to her IG handle and had shared a picture with Sam. Along with the picture, she had wished him on Karwa Chauth and had written, “Hey Husband, happy Karwa Chauth” followed by a heart emoticon. On Poonam’s post, Sam had commented, “My beautiful wife.” (Don't Miss: Mandira Bedi Takes Her Son, Vir And Adopted Daughter, Tara For A Staycation, Twins With Them) 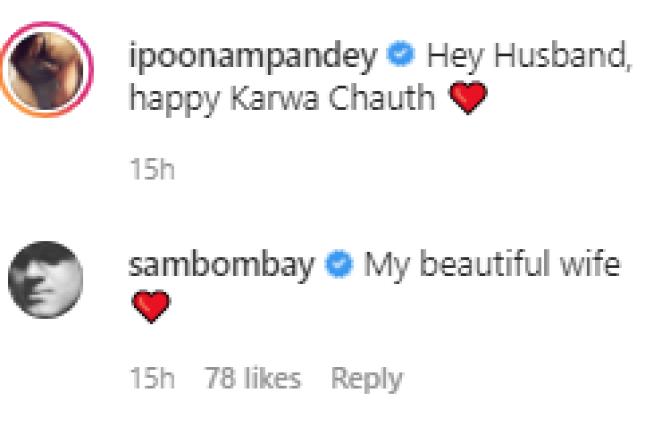 For the unversed, after their wedding, Poonam and Sam had gone to Goa for honeymoon and later, Poonam had filed a Domestic Violence case on her husband, Sam. However, the two had later reconciled and are happily living together. On October 5, 2020, Poonam Pandey had taken to her Instagram handle and had shared a romantic video with her husband, Sam Bombay, as the couple had decided to have a fresh start after their domestic violence case. In the video, Sam had looked handsome in his dark blue t-shirt and shades, while Poonam had looked beautiful in her orange coloured top. The actress had looked happy again while being in her hubby's arms as they had giggled and smiled together for the camera. Along with the video, Poonam had written, "Mr & Mrs Bombay" in the caption. (Recommended Read: Mahhi Vij Tries To Flirt With Hubby, Jay Bhanushali, He Trolls Her Narrating Their 'Ghar Ki Kahani')

What are your views about Poonam Pandey’s pregnancy reports? Poonam Pandey is one of the boldest actresses in the entertainment industry, who never shies away from raising the temperature through her bold photoshoots and movies. However, recently, it is her pregnancy reports that are leading the headlines. There are speculations that Poonam and her husband, Sam Bombay, are expecting