They first met in 2015 on Bigg Boss 9 and in the last three years, have come a long way. Yes, we are talking about Prince Yuvika Narula and Yuvika Chaudhary who are getting married today i.e. October 12, 2018, at the famous Sun n Sand hotel in Juhu, Mumbai. The pre-wedding rituals are going on in full-swing like the rocking sangeet and cocktail party last night where telly land celebrities like Rannvijay Singha, Rashami Desai, Karan Kundra, Anusha Dandekar, Mandana Karimi, Rochelle Rao, among others graced the occasion. (Read More: Prince Narula And Yuvika Chaudhary Had A Star-Studded Sangeet And Cocktail Night, Pics Videos Inside)

Pictures and videos from Prince and Yuvika’s sangeet and cocktail party have gone viral on social media. One among, many such pictures and videos, is of former Roadies, Splitsvilla and Bigg Boss contestant, Priyanka Sharma along with Karan Kundra and latter’s girlfriend, Anusha Dandekar. Still wondering, what it could be? Well, before we show you the video we must tell you that Indian weddings are called ‘fat’ for a reason, after all, hundreds of guests, friends and family members come together under the same roof. Naturally, the fun that is witnessed is incomparable.

Something similar happened at Prince and Yuvika’s sangeet and cocktail party when Priyank was in a trance to enjoy the night to the fullest. Guess what he did? Priyank Sharma actually went down on his knees holding a red rose in his hands and started shouting ‘I love you’ to Karan Kundra's girlfriend, Anusha Dandekar. And if you thought this was fun, then Karan Kundra's reaction would make you go ROFL. He reacted with total indifference, showed Priyank his shoes who craked up like how. Karan was completely light-hearted about it, and Anusha went ahead to hug Priyank. Take a look at the video here:

For those who do not know, Karan Kundra and Anusha Dandekar have been dating for quite a few years now. In 2016, Karan and Anusha came out in the open and acknowledged the love and respect they have for each other. Karan had then said, “We didn’t wake up one morning and declare our love for each other on social media. It was a gradual process. People call us up and tell us we give them #couplegoals. Apparently, we are getting many couples into trouble as they want to be like us. Be the truth is, we don’t pose for a pic. It’s just natural. Everybody should just chill out”. He also added, “This is my first relationship which is sorted”. (Suggested Read: Karanvir Bohra Was Teased In Bigg Boss 12 House, Wife Teejay Sidhu Gave An Epic Reply [VIDEO]) 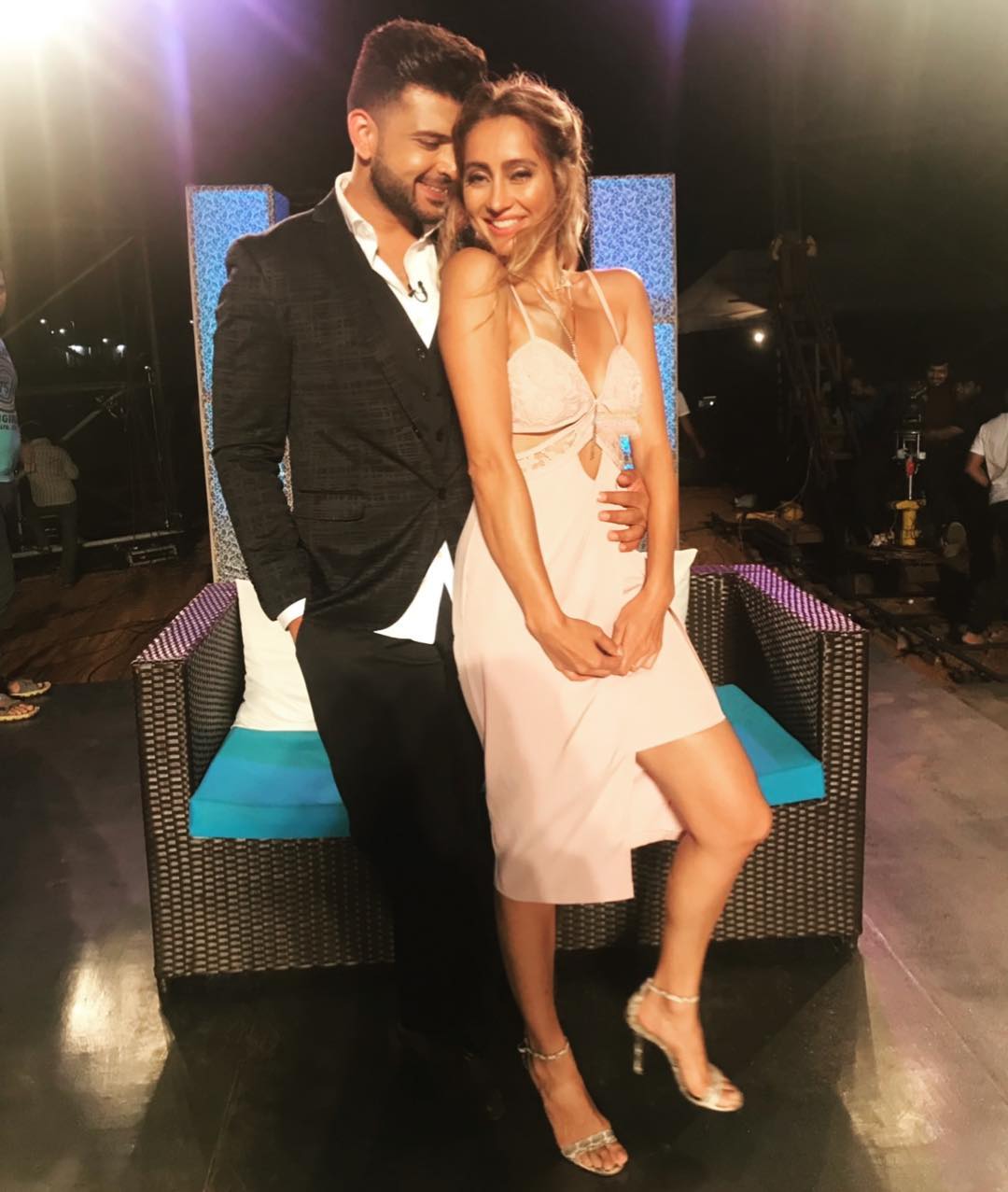 At the start of 2018, Anusha was trolled heavily on social media for coming in between Karan and his ex-girlfriend, Kritika Kamra, which heavily affected her. Speaking about the same, Karan told BollywoodLife, “No…not me. I don’t really care but people do. We were seen together on screen from 2009 to 2011 but it seems like their life’s purpose is to see us together. We as individuals chose not to be together from 2010. Arjun and Aarohi were characters, not us in real life. Stop being the administrators of our lives. It has spoiled my family life”. 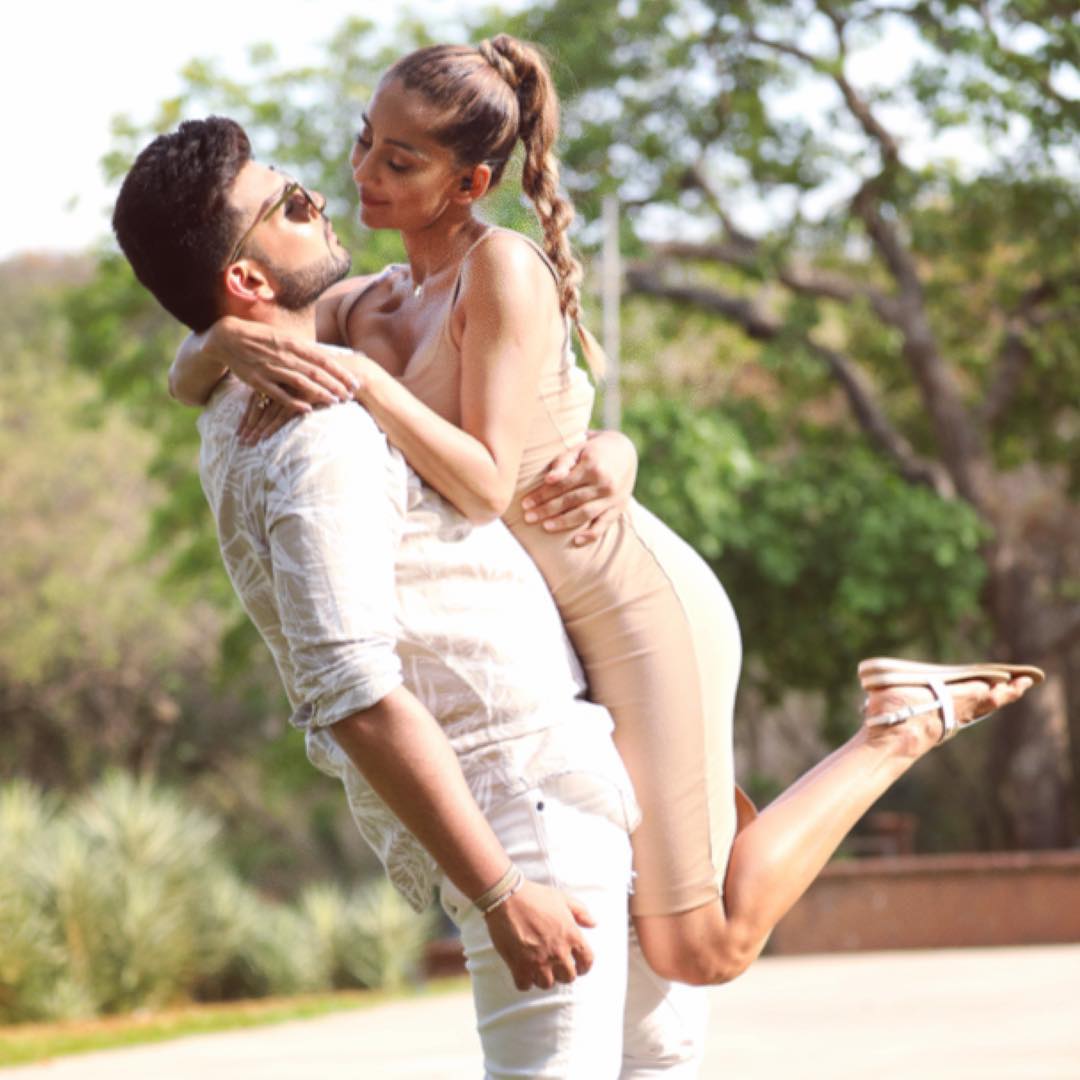 Kitani Mohabbat Hai actor further added, “Anusha gets affected. She’s a girl and she is sensitive and emotional. She reads such trash every day after coming home. Both of us are working and when we come home we want to relax. But mood kharab ho jata hai. It is sad”. Now, coming back to Priyank, we all know that he was earlier in a relationship with his Splitsvilla partner, Divya Agarwal. But things changed post his appearance on Bigg Boss 11 when he allegedly got into a relationship with Benafsha Soonawalla. Talking about his relationship with Benafsha, he had once said, “Ben and me are very close. But she is just a friend.  We knew each other before entering the house. And after getting in the house, we got  to spend much time together. We used to support each other in all matters. Yes, I accept that I was bit protective of her. But then,  I had the same feeling for Hina. Benafsha left the show, then I used to be more with Hina. But it doesn't mean that Hina and I are dating; it is just pure friendship on that front too. I love Ben but as a friend and I respect her too”. And he had further added, “When I got evicted for the first time,  Divya and I had discussed that things are not working out between us. And then I went back into the house rather quickly after that, so I feel some questions had remained in her mind. But I have moved on. Perhaps Divya had some things in her mind and she wanted to clear them when she came to the house-  but we couldn't communicate much. Also, we didn't hav phones inside, so I couldn't call her after she left. From my side it was always clear that our relationship is over- and I hope that she too is clear about this now and hereafter”. (Don't Miss: Amitabh Bachchan's Birthday: 'Bahu' Aishwarya Shares Unseen Picture And Wish On Behalf Of Aaradhya)

Well, whatever their relationship status is or was, we can’t help but go back and get glued to the video in which Priyank is proposing Karan’s girlfriend, Anusha, right? Share your comments below.