Raaj Kumar was one of the most iconic actors of his time. His performances and dialogues are still one of the bests. But his love for Hema Malini and Meena Kumari could'nt culminate in marriage.

Born in Baluchistan on October 8, 1926 in a Kashmiri Pandit family as Kulbhushan Nath Pandit, the legendary actor, Raaj Kumar had moved to Mumbai in the 1940s. Before making it to the cinema, Raaj had worked as a Superintendent of Police under the Mumbai Police. He was always credited for his good looks and many people had even asked him to try his hand in acting because of his unique voice and personality. Raaj Kumar had always wanted to be seen on the big screen and had decided to try his luck for the same.

'Jab sar par burre din mandraate hai, toh zubaan lambi ho jaati hai', 'Aapke paon dekhe, bahut sundar hain, inhe zameen par mat utariyega, maile ho jaayenge', 'Joh bhaari na ho, wo dushmani hi kya' – these iconic dialogues of Raaj Kumar are still considered the best and no one expect the veteran himself could do justice to them. Known for using ‘jaani’ as a prefix before every dialogue, Raaj Kumar had made his acting debut in 1952 in the film, Rangili. With his amazing dialogue delivery and stellar performances, Raaj Kumar had done some versatile roles in his career.

(Also Read: Vinod Mehra Took His Alleged Wife, Rekha To His Home & His Mom Almost Beat Her Up With A Sandal)

He Rejected His First Film Do you know Raaj Kumar refused his first film offered to him by a well-known filmmaker? Yes! Once Raaj had gone to watch a film at Metro cinema in the 1940s. Veteran filmmaker, Sohrab Modi saw him there and was impressed by his charming looks and personality, Sohrab had offered him a film, but Raaj had refused the offer. Although Raaj Kumar had made his acting debut with the film, Rangili, it was Sohrab Modi’s film, Nausherwan-E-Dil in 1957 that made Raaj an overnight star. After that, he starred in films like Mother India, Paigham, Dil Ek Mandir, Waqt, Lal Patthar, Pakeezah, Saudagar, Tirangaa which had become superhits.

(Recommended Read: 7 Men Came Into Madhubala's Life, Only To Leave Her All By Herself On Her Deathbed) 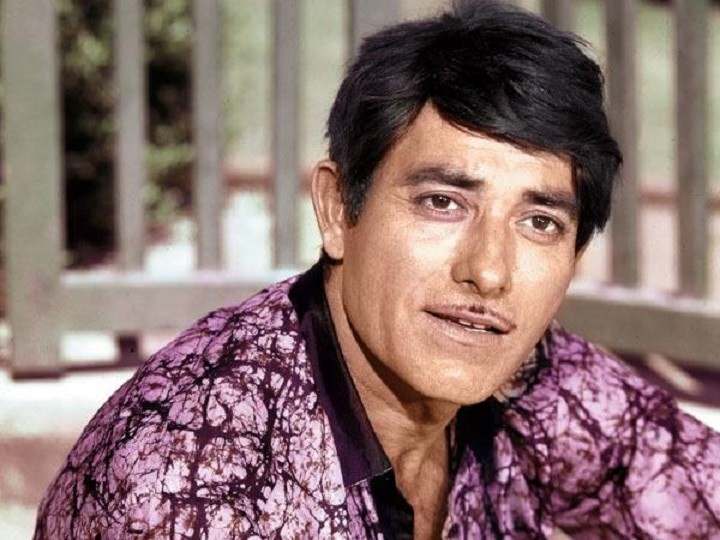 Just as powerful as his on-screen dialogues were, so were his whacky dressing sense and outspoken nature. With brocade shirts and bizarre footwear, Raaj was also known for his muh phat nature. Once director, Prakash Mehra went to him with his film, Zanjeer, although Raaj liked the script but refused the film stating that he didn’t like the ‘director’s face’. The film eventually went to Amitabh Bachchan and made him a star overnight. Not just this, once at a party, Raaj had met the famous singer and composer, Bappi Lehri, who was dressed in his signature style, with loads of gold jewellery. Raaj had looked at him and had said, “Ek se ek gehne pehne ho, sirf mangalsutra ki kami hai.” Talking about his father’s outspoken nature, Raaj Kumar’s son, Purru Raaj Kumar once stated in an interview with iDiva:

“My father was a moonh phat (outspoken) though I’ve no clue about this incident with Prakashji. But it’s believable. Dad did have a wicked sense of humour. But no ill-intent, my father may have been bizarre but he was never boring. They don’t make stars like him anymore.”

Was Head-Over-Heels In Love With Hema Malini 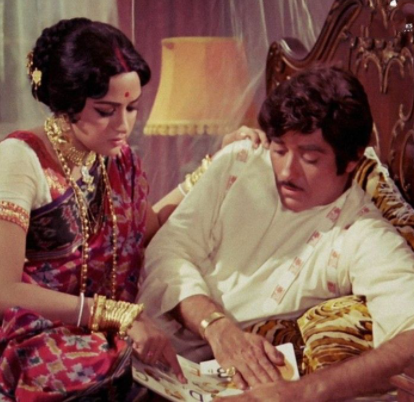 There is no doubt about the fact that Raaj Kumar was very outspoken, but he was a very private person when it was about his personal life. There are no stories of his link-ups or affairs. However, very few people know that he was madly-in-love with the Dream Girl, Hema Malini. In fact, Raaj Kumar was such a die heart fan of Hema that when he was cast in Lal Patthar, he had asked the director, FC Mehra to cast Hema opposite him instead of Vyjayanthimala. But when Hema got the offer of Lal Patthar, she refused the film and it was Raaj, who convinced Hema to do the film. Raaj was very head-over-heels in love with Hema while working with her in Laal Patthar. Hema, on the other hand, was quite impressed by his unique style. In fact, after the release of the film, Raaj sent a marriage proposal to Hema. But Hema refused his proposal because she didn't want to marry him despite being his fan. As a result, Raaj was left heartbroken. However, Hema still considers Raaj Kumar as one of her favourite actors.

(Must Read: When Dilip Kumar's First Love, Kamini Kaushal's Brother Threatened To Kill Them For Their Affair) The film, Pakeezah, which had taken 16 years to reach the silver screen is still considered the most iconic film of Meena Kumari. It was during the shooting of Pakeezah, when Raaj Kumar had lost his heart to the gorgeous Meena Kumari. It is said that Raaj was so besotted by Meena's beauty that he used to often forget his dialogues. But during the shooting of the film, Meena was already married to director, Kamal Amrohi, who had created Pakeezah as a tribute for Meena Kumari. Since Meena was a married woman, Raaj couldn’t express his love for her. Later, Raaj Kumar had gotten married to an air hostess, Jennifer, who was an Anglo-Indian and had later changed her name to Gayatri as per Hindu customs. Raj loved Gayatri for the rest of his life and they had three children, Puru Raaj Kumar, Panini Raaj Kumar and Vastavikta Pandit.

Never Revealed The News Of His Cancer Just like his personal life, Raaj Kumar had never revealed about his cancer to anyone, only his son, Puru was aware of his father’s health. It was during the last stages when he revealed the news about his cancer to his family. He even asked his family to reveal the news of his death only once he was cremated as he didn’t want to create any scene of it. On July 3, 1996, Raaj Kumar succumbed to throat cancer at the age of 69 and as per his wish, the news of his death was only passed to the media once his cremation was done. In an interview with IDiva, his son, Puru Raj Kumar talked about his father’s last days and said:

“It began with Hodgkins, where you get lumps on the nodes. He underwent chemotherapy for that. He even shot for Police Public during those days. But the lumps recurred even more aggressively and reached the lungs and the bones in the rib cage. He refused to remain in hospital. He wanted to pass away peacefully at home. It’s difficult to watch his films in his absence. You hear his voice, you see him… it’s painful.”

Raaj Kumar was a rare gem, whose presence will always be missed. The void left by him is difficult to fill but with his iconic roles and dialogues, he will live in our hearts forever.