Ranbir Kapoor Reacts To Rumours Of Him And Alia Bhatt Having Twins, Says 'Don't Create Controversy'

In a recent media interaction, Ranbir Kapoor shut down the rumours of him and wife, Alia Bhatt expecting twins. Check out!

Bollywood actor, Ranbir Kapoor and his wife, Alia Bhatt are on cloud nine as they are expecting their first child together. For the unversed, it was on April 14, 2022, when Ranbir and Alia had tied the knot in an intimate ceremony, and two months later, the couple had announced that they are pregnant. Ever since then, their massive fanbase is excited to see their favourite couple soon acing their parenting duties after embracing parenthood.

Meanwhile, for some time now, reports are rife that Alia and Ranbir are expecting twins and Ranbir's remarks had added fuel to the ongoing speculations. For the unversed, in an interaction with Film Companion, Ranbir Kapoor had played the Two Truths and a Lie game, in which he was supposed to make three statements, and not reveal which one was a lie. Without taking much time, Ranbir had said that he is having twins, he is a part of a very big mythological film and added that he would be taking a long break from work. In his words:

Alia Bhatt Stuns In A 25K Saree At ITA Awards, Netizens Troll Her Calling It A 'Silver Foil Saree'

“I am having twins, I am going to be part of a very big mythological film, I am taking a long break from work.”

Recommended Read: Radhika Pandit Shares Candid Clicks With Her Hubby, Yash From The Sets Of Their 14-Year-Old Film

Now, Ranbir Kapoor opened up about the rumours of him and Alia expecting twins, and shut them down for once and all. Recently, at the latest promotional event for his upcoming film, Shamshera, Ranbir was asked to talk about the rumour that has spread like wildfire. To which, the actor gave a witty reply that he cannot reveal which two were truths and which one was a lie. He said:

“Don’t create controversy. They asked me to state three things: two truths and a lie. Now I can’t reveal what is the truth, and what is the lie.” Earlier, to promote his film, Shamshera, Ranbir had graced Ravivaar with Star Parivaar, where he learnt a few daddy duties from television star, Rupali Ganguly. Later, he was seen cradling a baby doll and saying, "Ale meri beti." While talking about how he wants to become the 'world's best dad' and desires to have a daughter, Ranbir had said: 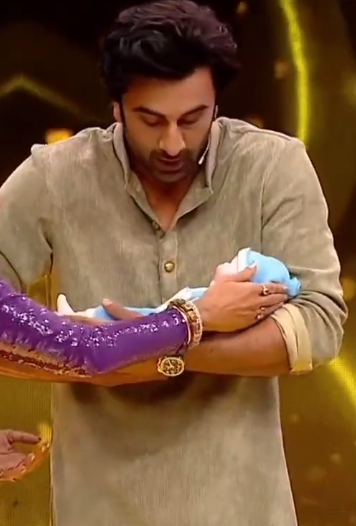 Earlier, in an interview with the Harper's Bazaar Magazine, Ranbir Kapoor had opened up about his wife, Alia Bhatt's pregnancy and talked about his first reaction when she told him about it. Reflecting on the same, the actor revealed that he feels extremely blessed and grateful for this new chapter in their lives and added that he's excited and terrified at the same time. He shared that he and Alia had been talking about having lots of kids in their lives and added:

"It was something that Alia and I had been speaking about for a long time that we want lots of children in our life. We feel blessed and grateful. It’s a mix of a lot of emotions. I’m just extremely grateful at this point in our lives. There is no feeling like this and I really don’t know how to explain. But it’s like telling somebody what water feels like before you have ever even swam in it. So, I’m just terrified, excited, jubilant. We are dreaming about the future and all of that. It’s just a great feeling." 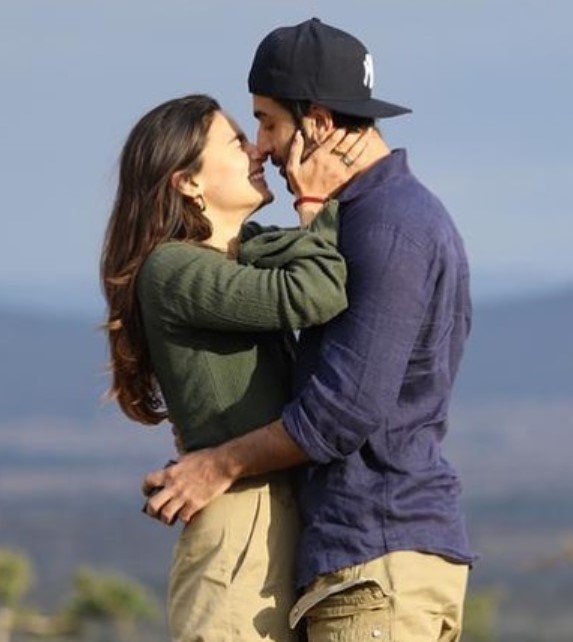 On the work front, Ranbir Kapoor will be seen alongside Sanjay Dutt and Vaani Kapoor in the upcoming film, Shamshera!

Parents-To-Be, Alia Bhatt And Ranbir Kapoor Arrive At Hospital Ahead Of Their Firstborn's Delivery 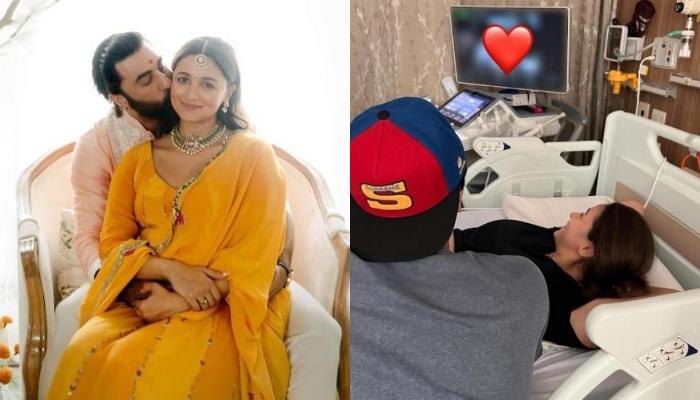 Bollywood's most adorable couple, Alia Bhatt and Ranbir Kapoor are eagerly waiting for the arrival of their baby. The couple is going to embrace parenthood very soon, and they have been totally enjoying this new phase of their lives. Moreover, the mommy-to-be often shares cutesy glimpses of herself flaunting her baby

Alia Bhatt Stuns In A 25K Saree At ITA Awards, Netizens Troll Her Calling It A 'Silver Foil Saree'