Rani Mukerji was papped in the city donning a comfy outfit acing her summer fashion goals. However, it was the price of her cool pants which grabbed all the eyeballs. Check out!

Bollywood actress, Rani Mukerji has proved her acting prowess in one after another film with an impressive track record at the box office. For the unversed, Rani had tied the knot with the Bollywood director, Aditya Chopra, in an intimate wedding ceremony in 2014. Later after a year-and-a-half of their married life, Rani and her darling husband, Aditya were blessed with a baby girl named Adira Chopra. Since then, the couple has been living happily with their daughter and are often spotted together.

On March 21, 2022, Rani Mukerji had stepped out in the city with the love of her life, Aditya Chopra, to celebrate his birthday. The couple had dined out at a restaurant. For the day, Rani and Aditya had twinned in blue ensembles. While the actress had looked pretty in a blue patchwork dress, her hubby, Aditya, had worn a blue sweatshirt. Check it out:

On April 3, 2022, Rani Mukerji was papped on the streets of Mumbai and it was the actress' uber cool casual look which grabbed all our eyes. Rani was seen wearing a sleeveless white top paired with a body-hugging printed pant. She teamed her look with a cut-crease makeup which included a dewy foundation base, highlighted cheeks, maroon lipstick and kohl-rimmed eyes. She accentuated her look with a pair of huge sunglasses, a sling bag, two-tiered pearl necklaces and stud earrings. All together, she was setting cool trends to ace the summer fashion goals. 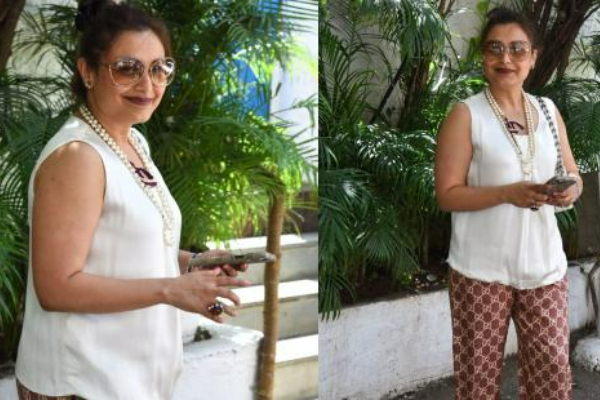 Upon doing some research, we found Rani's comfy pant was from the brand, Gucci. It comes with an elastic trimmed bottom and looked super chic. The price of the cool pant is 1,212 euros, which upon converting to Indian currency, stands at Rs. 91,856 and is available on the official website. 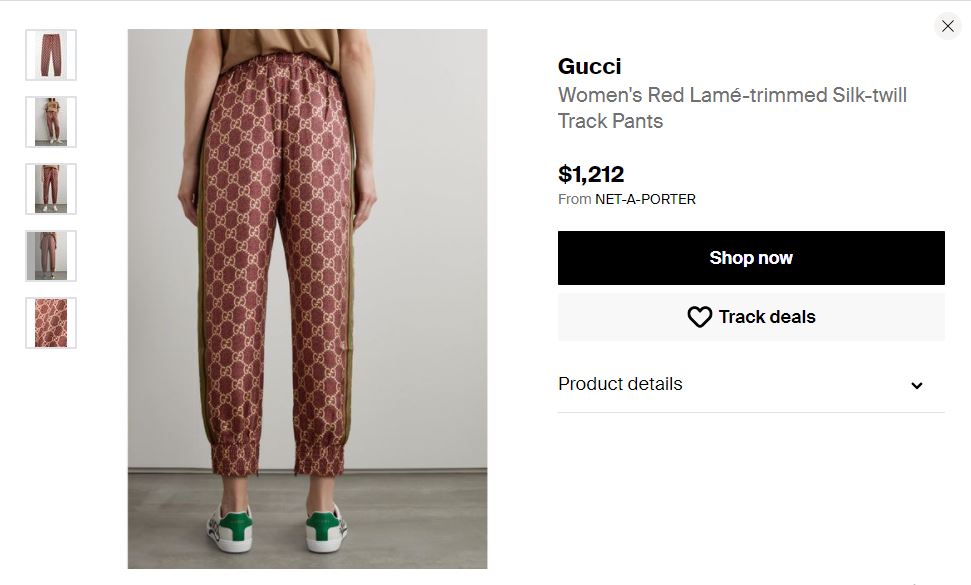 Earlier, on March 25, 2022, Anil Kapoor had hosted a birthday party for his wife, Sunita Kapoor, in style and grandeur. Many celebs were spotted at Sunita’s birthday bash, and among them was the Bollywood actress, Rani Mukerji, who had posed with the host, Anil Kapoor, at the grand event. Rani had worn a purple-coloured top paired with a colourful palazzo and had exuded retro vibes. She had accessorised her look with a green purse and matching sandals. On the other hand, Anil had looked dapper in a shiny patterned shirt and black pants.

As soon as the video went viral, a section of netizens was not pleased with Rani's outfit and had started trolling her for her dressing sense and had suggested that she should hire a stylist. While one user had commented, "Rani Mukherjee badly needs a stylist", another one had written, "Look at her dressing sense. Green bag wd green sandals." One fan had written, “What's wrong with her dress sense?” Another fan had mentioned, "Ghar me phnne wala dress." Check it out below:

What do you think about Rani's uber cool pants? Let us know.