Ranveer Singh was spotted at the airport wearing pants matching with his luxurious car, changing the twinning game forever.

When we think about someone, who brought a radical change in the men's fashion world then it has to be Ranveer Singh. He ensures to go over the board with his fashion game, keeping nothing off the table. From nailing a manarkali to looking suave in a tuxedo, Ranveer brought gender-neutral fashion to Bollywood. While the world is revolving around twinning with their partners, Ranveer Singh, again went a notch higher as he matched his pants with the colour of his car.

Over the years, we have seen Ranveer Singh’s fashion game evolving and in the year 2019, he was honoured with 'The Most Stylish Man' award at the GQ Style and Culture Awards. Just like the selection of his roles for his movies, actor, Ranveer Singh is very choosy when it comes to his outfits and ensures that it makes heads turn.

Ranveer Singh's Franck Muller Wristwatch, Made Of White Gold And Diamonds Is Worth Rs 2.6 Crores

Ranveer Singh Shares A Selfie With His Wife, Deepika Padukone And His Fisherman Hat Is Simply Dope A few hours back, Ranveer Singh was snapped by the paps at the Mumbai airport, wearing vibrant orange cargo pants with a comfy black t-shirt. He completed his look with a black bucket hat and shades. While Ranveer looked dapper, his swanky orange new car caught everyone’s attention and he twinned with it in orange. Well, Ranveer bought the Lamborghini Urus Pearl Capsule edition a few days back. The car was launched in India in March 2021 and costs Rs. 3.15 crores.

Not many people know that Ranveer Singh is madly in love with luxury cars. One of the most expensive and elite cars from his collection is his Aston Martin Rapide S. The speedster can go from 0 to 100 mph in just 4.2 seconds, and it speaks everything about Ranveer's taste in four-wheelers. On July 2, 2021, Ranveer Singh was spotted by the paparazzi, and the actor had looked handsome as always in his cool brown hat, trendy sunglasses, comfy purple tracksuit, and stylish white shoes. However, the limelight was on his car, Aston Martin Rapide, whose colour was changed from white to snapper rocks blue metallic. A video of the same was spreading all over the internet like wildfire.

The Khilji of Bollywood, Ranveer Singh was spotted at the Mumbai airport in July 2021, and like always, his outfit had become the talk of the town. Ranveer was seen wearing a shiny red sweatshirt with brown velvet bell-bottom pants, covering his face with a shiny brown scarf and carrying a mini sling bag. He had completed his look with white sneakers and big shades. Ranveer’s quirky sweatshirt was from Gucci and it costs $1,550, which is approximately Rs. 1.15 lakh. 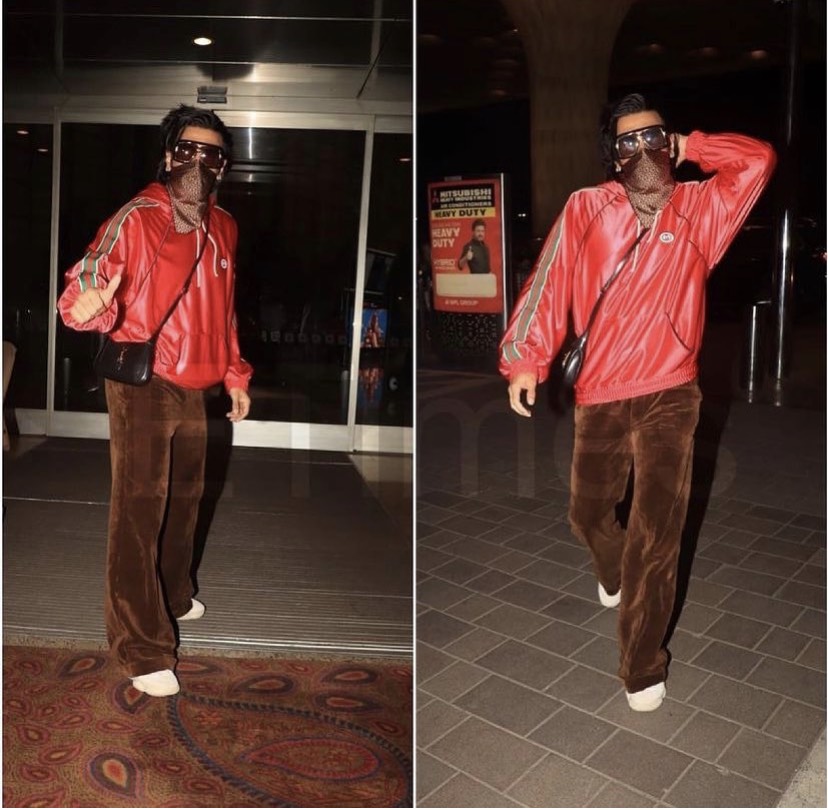 Ranveer Singh’s outrageous fashion game had stunned the nation on June 30, 2021, as well, when he had decided to channel his inner Alessandro Michele, who is a famous Italian fashion designer. Ranveer had posted pictures on his IG handle, breaking the internet as he had posed in a shiny jersey sweatshirt from Gucci, featuring their vintage logo, along with matching jogging pants. To complete his look, he had added a flashy, big golden necklace. 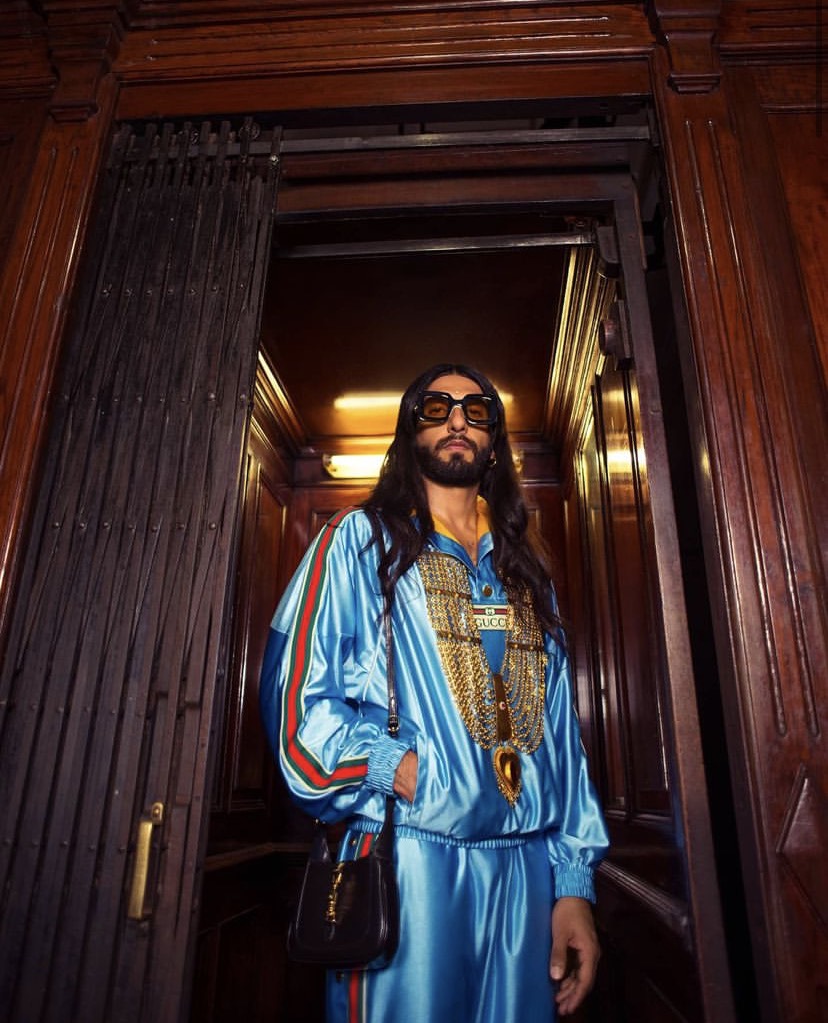 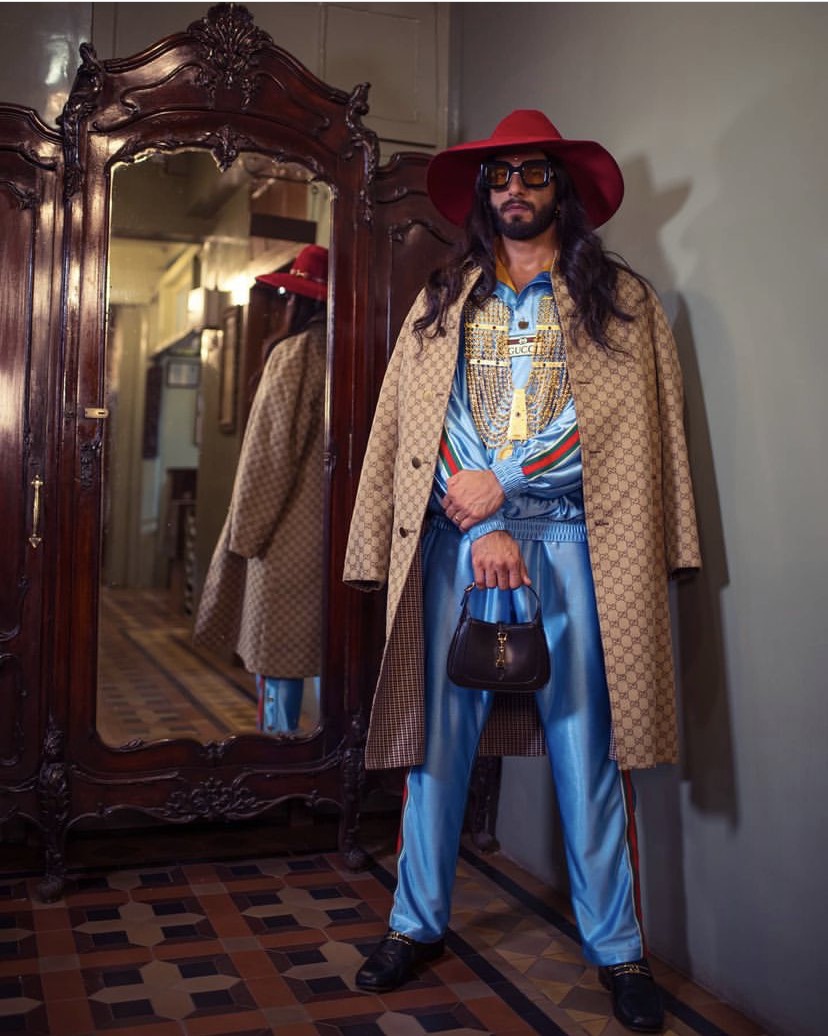 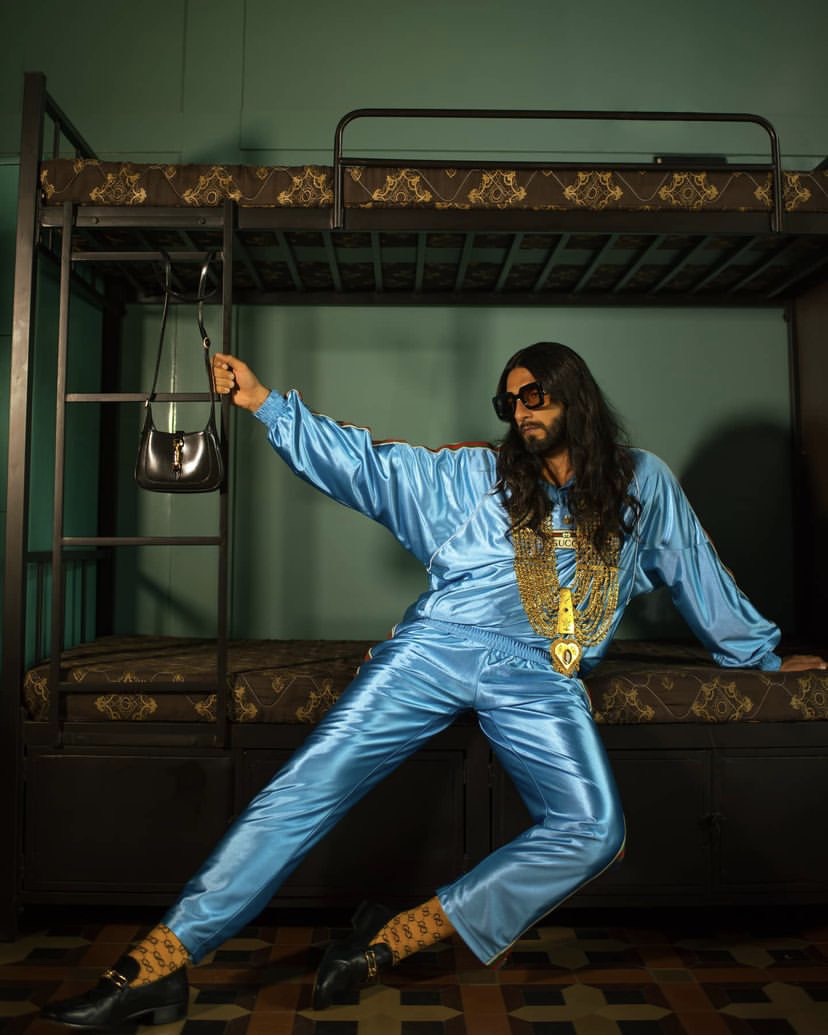 On the work front, Ranveer Singh will be next seen in Kapil Dev's autobiography, 83.

Don't Miss: Urvashi Rautela Glams Up In A Swarovski-Studded Bodycon Dress Worth Rs. 60 Lakhs, Looks Like A Diva

Ranveer Singh's Franck Muller Wristwatch, Made Of White Gold And Diamonds Is Worth Rs 2.6 Crores

Ranveer Singh Shares A Selfie With His Wife, Deepika Padukone And His Fisherman Hat Is Simply Dope